Posted by Justin at 4:01 PM
One of the problems with using PEMDAS is that, since the P stands for parentheses, students often miss other grouping symbols in that step.  They also frequently think that multiplication will always come before division and addition always before subtraction.

In order to clarify the order of operations and give students another tool for their belts, the Math 7 and Pre-Algebra classes worked on Julie's GEMS Foldable. 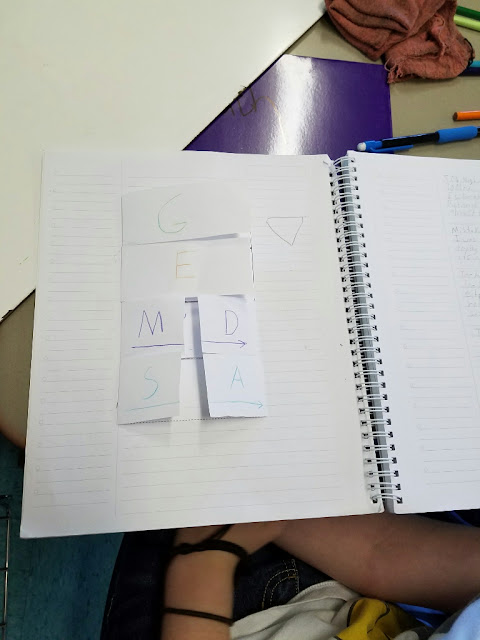 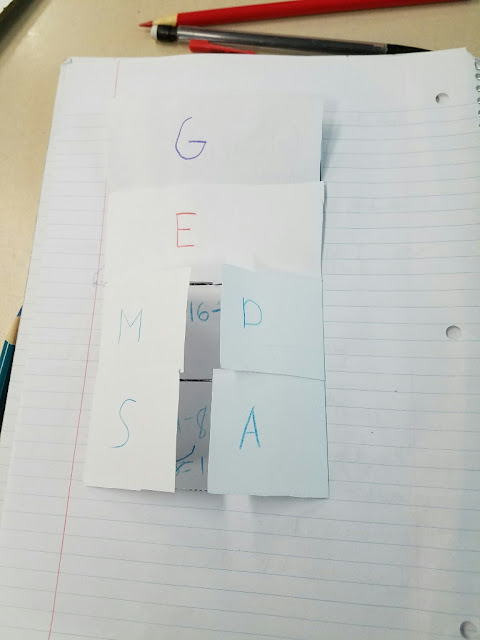 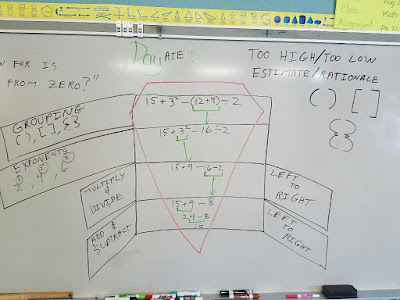 Other than the scissors being thrown, kids arguing over which colored pencils they wanted and not having enough glue sticks, it went fairly well.

As expected, several students were overly excited, cut things that weren't supposed to be cut and had to start over.  I've also noticed an odd phenomenon where the students who write down notes or follow my instructions seem to think that it has to be done EXACTLY how I do it.

One young woman, in folding her paper over, had a minor panic attack because it didn't look exactly like the poorly drawn sketch that I had on the board.  Several others wanted to write down what I had verbatim and had trouble with "write whatever helps you understand it."

I'm going to use the 3 day weekend to catch up on sleep, plan for next week and retrain myself on how to de-escalate 12-year-olds.

Meanwhile, I've been teaching new games to the kids in my study hall each day.  They now come in and ask what they'll be playing.
Email ThisBlogThis!Share to TwitterShare to FacebookShare to Pinterest