Posted by Justin at 4:07 PM
Addition and subtraction is as fundamental to mathematics as reading is to life.  If a student isn't able to master these concepts and be comfortable using them, they fall further and further behind until the task of catching them up is insurmountable.

I also realized yesterday that I haven't really given them enough opportunity for practice, so that's what we did today.

I had the students scatter around the room and claim a section of the white board as their own.

"Your mission, should you choose to accept it, or not, is to simplify the expression that I put on the board.  In addition, you must also show HOW you obtained the simplification.  You can use counters, a number line, or whatever you want, as long as you show what you did." 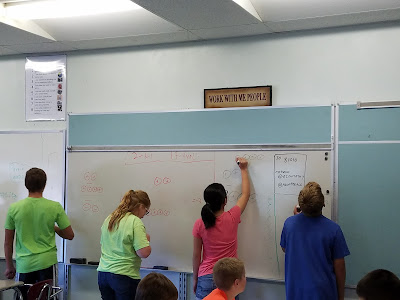 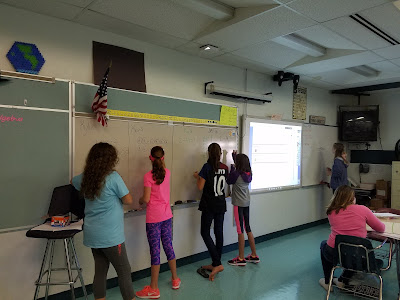 The goal of this was to show how, if used properly, the same strategies could be used regardless of the complexity of the problem.  I started with a basic addition problem.

Students who used the number line were able to explain pretty clearly what they did: "It says that we start at 3, so I started there.  Since it's addition, I went up (or to the right) by 5 spaces and ended up at 8."

I wanted to see if they could use those same tactics with subtraction.

They did well with this one too, with 95% able to get the correct answer and be able to explain how.

Then it got tricky.  Subtraction is tough, but manipulation of negatives is even more difficult.

For the most part, the kids who were using the number line did well with this one.  They knew that, even though it was addition, by having the 3 be negative, they were going to move down on the line. 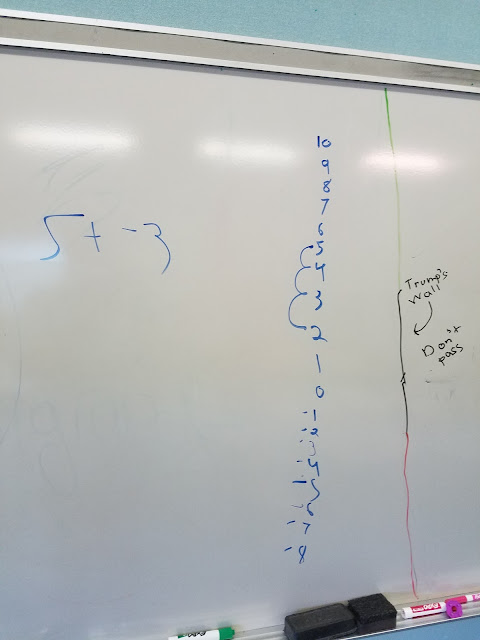 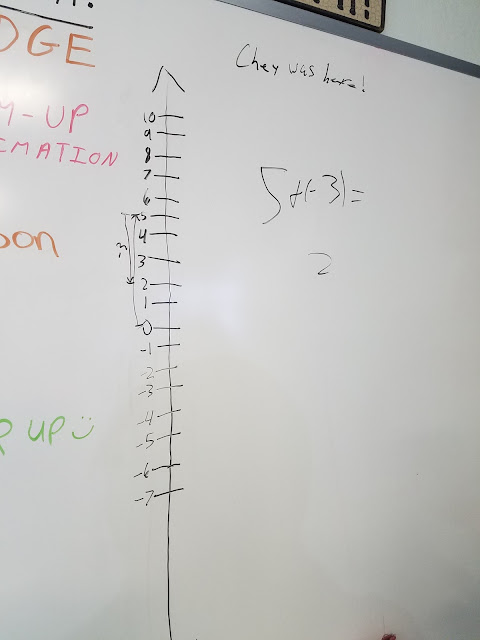 The kids using the counters did just as well, knowing that they needed to add negative counters. 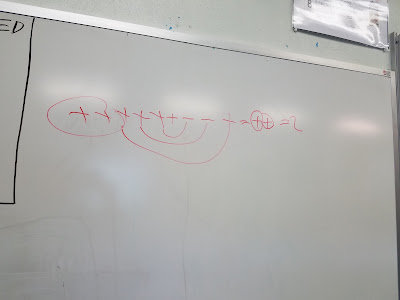 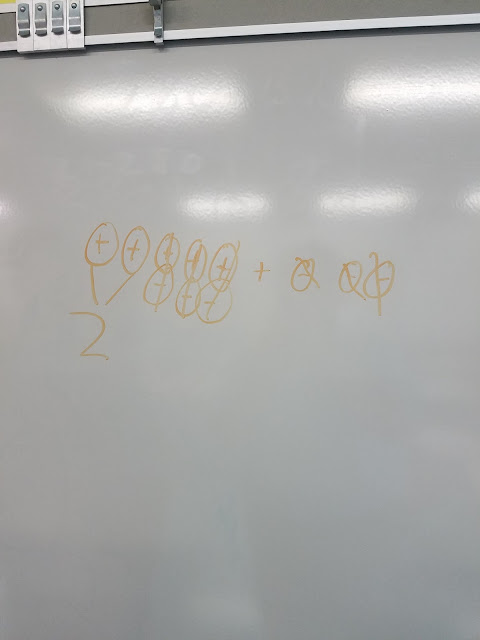 Throughout all of this, only 1 student stared blankly at the board, refusing to write anything and claiming "I'm just confused."

This student couldn't explain which part of addition was confusing and continued to refuse to even attempt it.  I'm going to have to have a further conversation.

One other student looked genuinely confused and seemed to have difficulty with the most basic operations, beginning with addition.

Other than those two, things went really well!

Then, when I apparently forgot to knock on wood, things started to fall apart.

This was tremendously difficult for a large portion of the students.  They KNEW that the answer was 6, but couldn't figure out why or how to explain it.  Both number line kids and counter kids, knowing what the answer was supposed to be, manipulated their tools to get what they wanted, rather than using those tools to find the answer.

We will have to practice more on this.  I don't think that anything we would do this year will be more important than getting them fluent in these basic skills.

In a prolonged discussion at the end of the day, one of my students said that he thinks that the behavior is "to test you, because you're a new teacher." 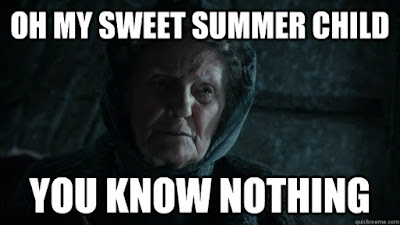