Posted by Justin at 3:55 PM
I've been encouraging fellow teachers to write and reflect and have offered to host their voices whenever they would like.
The following post was written by a special education teacher who works with high-risk youth. The names have been changed, but I have made no edits. 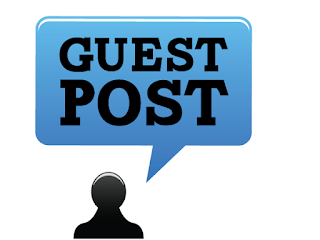 I cried today. In front of a room full of Juniors in High School- I cried.
When he walked into my classroom this afternoon, I’d let my heart hope that the Gods of Special Education had found a way to give this young man just one more chance… after all, how many times do we hear him will the pleas? “C’Mon- Miss.… gimmie one more chance?”
How many times do we rebuff them? Scoff a little bit and walk away?
And here I am--- hoping this kid who has terrorized every school he’s been at for the past 6 years will get that mythical “one more chance?” I must be nuts.
He and I had talked about this last week… I’d heard, through the teacher grapevine, that the powers at be were sending him back to the Alternative program… this time with no hope of returning to our building.
I love that program for the reprieve it provides the colleagues I see everyday from the students who just can’t handle a typical school. Those individuals who are overwhelmed by the sheer size and magnitude of our building and decide to make it their playground (rather than their educational haven) get sent to “that place” and become somebody else’s problem.
Joe had been bounced in and out of the Alternative building for the better part of 3 years. He’s probably spent an equal amount of time in the high school and that other place. During his most recent return trip last year, he promised me that he would never go back there. He’d told me he was sick of not being challenged and that he wanted to EARN his diploma. He had goals. He was back on track. I vowed to help keep him on the straight and narrow.
Then his mom died.
At the funeral, he clung to me and told me he’d failed her as a son. In those same breaths he renewed his promises to “make it”- to graduate from the high school and help make his mom’s (and his) dreams come true. We had one year to make it happen.
Over the summer, Joe continued to work at KFC (now using his wages to help support his estranged father who had moved into his mom’s house in an effort to act as a parent for the first time in 17 years). He’d lost so much in a few months, but his drive remained intact- be good. Learn. Graduate.
Be good. Learn. Graduate.
Please understand, Joe has never been innocent- he tolerates little that doesn’t meet his standards of perfection, cannot be talked into doing something he doesn’t want to do, and makes his presence very well known. He will never allow himself to be overlooked and stands up for what he believes in. Joe is a fighter- and a damn good one at that. He’s earned 99% of the negative connotations that come before his name. Hell- he’s proud of them. Most teachers can’t stand him. I’ve heard teachers fight to get him out of their classes. Despite this (ah- let’s be honest- it’s probably because of this), Joe is one of my favorite students.
Be good. Learn. Graduate.
He was provided with an opportunity from the district- early release every day. As long as he successfully completed his core classes- he’d earn the credits to graduate, but, if he only attended a half a day, he’d have less opportunity to get himself into trouble. Getting out early meant he could take on more shifts at work. It was a win/win for everyone.
Be good. Learn. Graduate.
Joe’s plan: Work every shift he could at KFC. Save the money. Go to trade school after graduation. Become an electrician. Make something out of his life.
Be good. Learn. Graduate.
He was on his way until his father invited his daughter into the picture. A daughter whom Joe barely knew and who had believed in all the terrible things she’d heard about her little “brother.”
According to Joe: she thought his job at KFC was trivial. She didn’t care about his plans and decided he would amount to nothing. She had no faith in him and managed to convince their dad that Joe would fail.
Joe began to rebel at school, and, well- earned himself his final, one-way ticket back to the alternative school. A year-long sentence to a building that requires little of its students and lumps those with bad attitudes into the same room as those who will be arrested before long.
He got kicked out a few days ago… we’d had a conversation the day before where Joe bared his soul to me. He told me we’d have one more class together and that I’d better make it good.
He never made it to our last class.
But today, Joe showed up at my door (with a security escort) and I’d thought that maybe, just maybe, we’d found one more chance.
He walked into the middle of my classroom with his arms open wide and pulled me into a hug that he wouldn’t let me out of. When he finally let me breathe, he grabbed me up in another huge hug and told me not to worry about him anymore. That he would be fine. That he wouldn’t let this beat him. That there were other kids I should worry about now. He told me he was sorry.
Before he turned to leave (not even the ghost of a last smile on his face), I threw him the bag of cough drops that I illegally kept in my (just for him). He chuckled, ate one, pocketed the bag, and said, “Bye Ms. Kane.”
His stoic resolve broke my heart. Who WAS this man standing in front of me? Where’s the rebellious teenager who would fight for anything he thought was fair? WHY did he have to deal with this?  We’d failed him. I’d failed him. His sister should be drawn and quartered. His mom would be devastated.


And as my door shut behind him, I wiped mascara-stained cheeks and realized- that I was crying in front of a room full of Juniors.
Email ThisBlogThis!Share to TwitterShare to FacebookShare to Pinterest