Posted by Justin at 4:06 PM
All of my classes will be having a quiz on Friday, giving them a chance to demonstrate their understanding of the skills before progress reports are due.  With that in mind, and in acknowledgement of the frustrations that many of my students are feeling, I took today as a practice day.

In Math 7, we discussed properties of integers again, specifically in light of applications, such as temperature.  We talked about what it means, numerically, for the temperature to change.  I began to worry about the time I was spending on, what I considered, a very basic concept.

Then I remembered that it's only a basic concept to me and, since I'm now teaching 7th grade, it's a core skill.  I have the opportunity to build a solid base of skills when they are developmentally appropriate, rather than trying to lay a foundation once the house is actually built.

Instead of worrying about all of the topics that I'm supposed to cover, I'm trying to focus on the basics and helping my students to develop better numeracy.  Comfort and confidence with numerical operations will serve them MUCH better as they move forward in math and in life.

In Pre-Algebra, I "involuntarily collaborated" with EngageNY, and found an excellent packet of scaffolded problems and questions that are based in the standard we are covering.  I handed them out, gave my basic directions and said "Go!"

I spent the period circulating through the room, helping students with directed questions, rather than answers.  Kids were using whiteboard, working together, moving around the room and learning where they were comfortable.  I was incredibly pleased with what I saw. 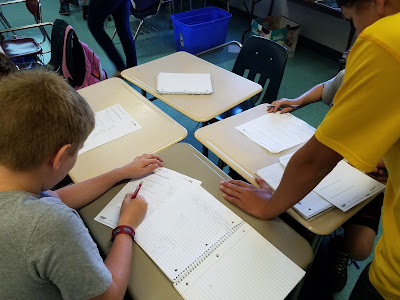 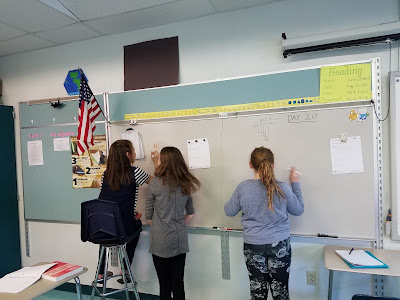 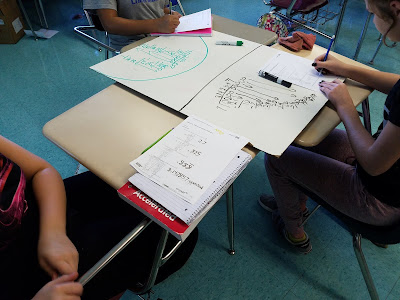 This class is filled with students who either miss a bunch of school, aren't ready for Statistics, or wanted an easy math course.  Their skills and interests are incredibly varied.  On top of this, I don't really have a curriculum or standards.

The first chapter in the book that is traditionally used covers basic statistics and surveys.  We've been talking about those for the past few weeks.  Their chapter project was to design and distribute surveys on a topic of their choosing, then analyze and display the results for the class.

The next chapter seems to be an odd combination of exponents and volume.

I have freedom with the course and would like to do something else.  I ran this past the students today and they seemed pretty excited about my thoughts.

Why not programming instead?

We have courses in the school that cover HTML and Microsoft Office, but what about something else? Could I get them working on a computer language at their own pace?  I could learn one along with them.

There is an incredible bounty of resources that help people learn programming and computer languages, including Code.org, CodeCademy, CodeCombat, etc.

I ran this idea past another teacher and she thought it was a great idea.  In theory, the kids learn a language of their choice and then produce something cool by the end of the marking period, like a video, basic game, tutorial, etc.

I have more reading to do.  Should I pick a language for them? Should I let them choose? Should the first task be to pick a language based on what they want to do?
Email ThisBlogThis!Share to TwitterShare to FacebookShare to Pinterest