Posted by Justin at 3:59 PM
After posting about my frustration yesterday, I had some excellent conversations on Twitter.  There were many suggestions made about how I could improve the lesson to hit my desired point a bit harder and create a solid impression on the students.

Traditional mathematical education starts with the abstract and moves towards the concrete.

More progressive education moves in the opposite direction.

"Here's a pattern or characteristic of physical objects.  Let's figure out what's going on here."

The former of these approaches is often much easier on the teacher, but rarely is helpful for the student.


During one of the conversations last night, I realized that I needed to do more with the physical aspects of multiplication and division and less with the abstract (for now).  This is doubly true if I want my students talking about these operations using a specific language of those physical objects.


@getting_sharper they didn't. Any suggestions on how I could frame those questions?
— Justin (@JustinAion) October 5, 2016

@JustinAion in other words keep the whole the same so less attention is on finding "the answer" and more about communicating actions
— Charlotte D Sharpe (@getting_sharper) October 5, 2016


It is by will alone I set my mind in motion...

Or, more accurately, it is by incredibly helpful suggestions from brilliant educators alone that I set my mind in motion.

Since I wanted them to work on these either individually or in pairs, I had a logistics problem.  I don't have 48 apples for each of my students.  I also decided against stopping to buy a giant bag of M&Ms on my way to work for obvious reasons.

Thankfully, I happen to have a giant tub of interlocking hexagonal building blocks and my OCD has been nudging at me to sort them anyway!

I spent the morning putting them into stacks of 10 and then groups of 50.

Each student got 50 hexagons and was told to put 2 aside so they had 48 (because there are tons of great factors for 48!) I emphasized that since we all had the same number of blocks, the answer was always going to be 48, but what I wanted to see was the representation.

Then we got the hang of it and they were really into it!

We moved from addition to subtraction to multiplication.  Each time, I reminded them to talk about it in the language of groups. 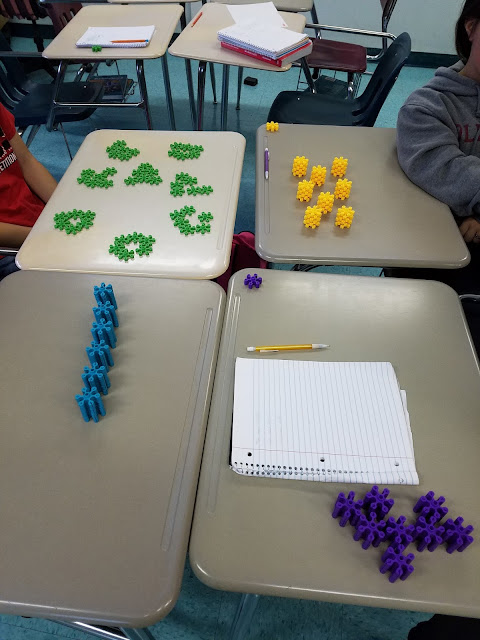 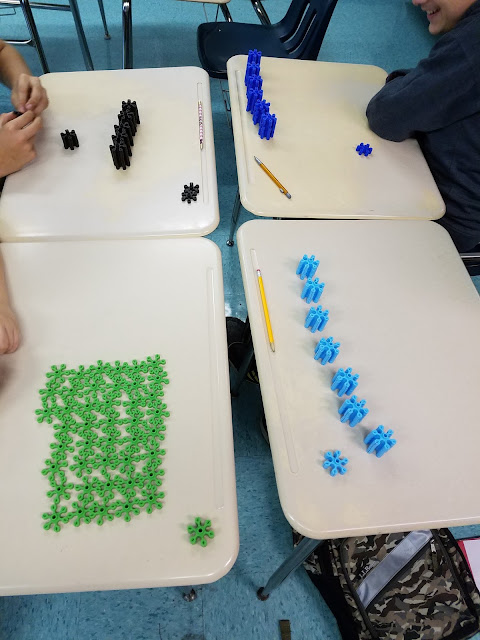 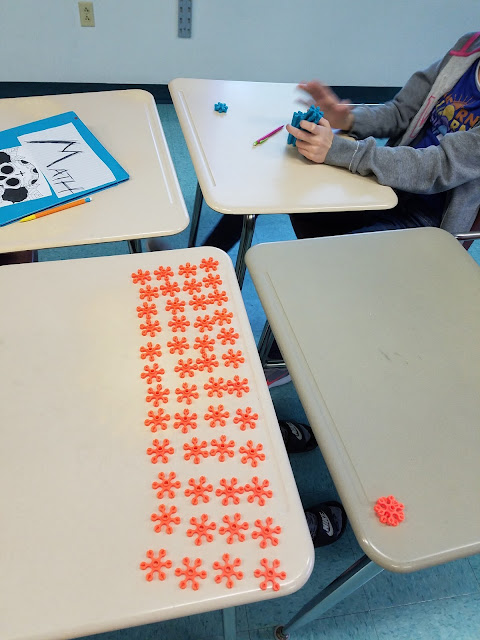 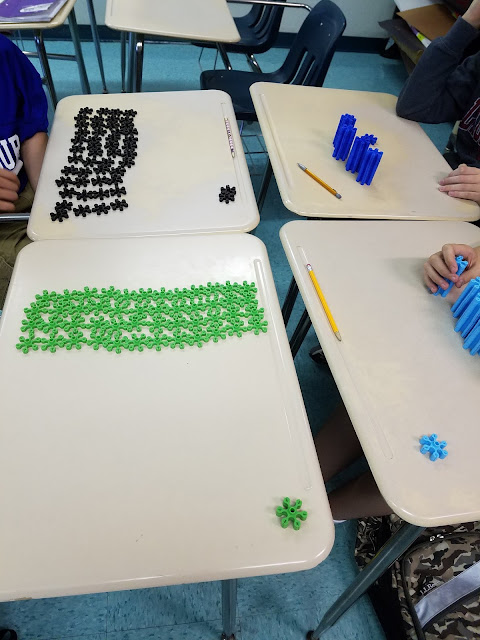 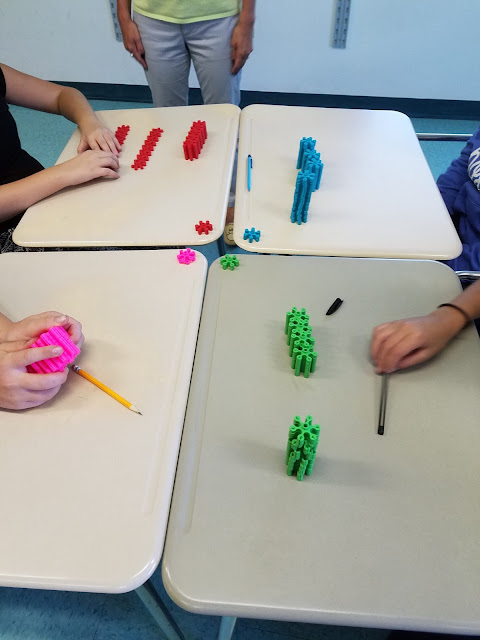 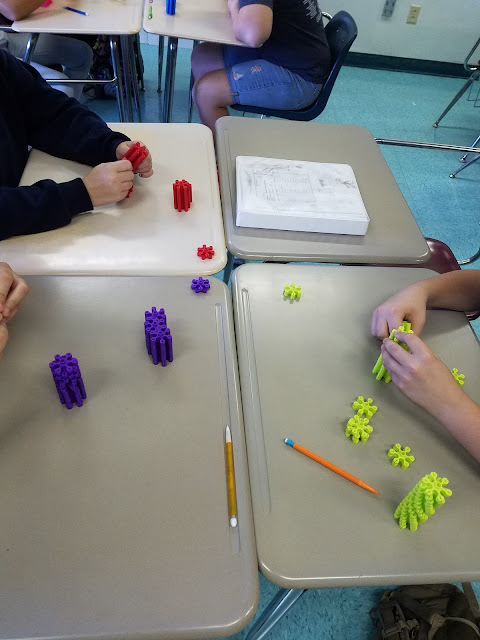 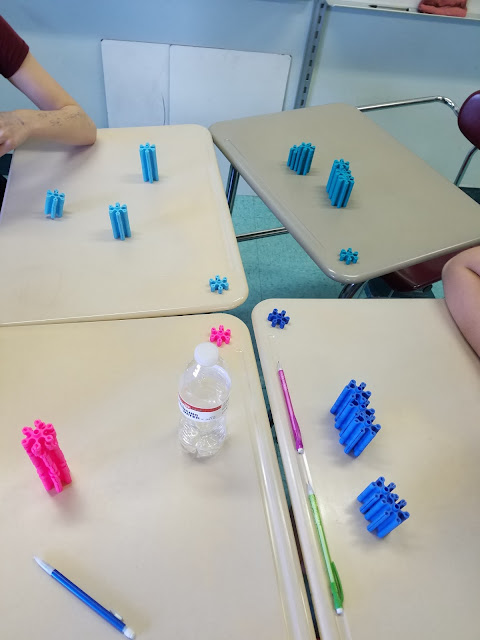 We got a slower start than I would have liked, so we didn't get to division today, but that will be tomorrow.

When my 5-minutes-left alarm went off, and they were cleaning up, I asked them what they thought of the activity.  The majority expressed that they thought it really helped them to understand what was going on and, particularly, the language that we're using.

I have a student who is an English Language Learner and I watched her thrive more today than in any other activity we've done so far.

I am indebted to Charlotte for pushing my thinking in this direction!