Posted by Justin at 4:06 PM
With the success that we had in Math 7 yesterday with using the hexagons to talk about addition, subtraction and multiplication, I wanted to keep the process rolling.  Today, we added division.

As before, I started by having them talk about the operations in the language we've been using, talking about the concepts as physical quantities.  This is a much easier prospect when you have physical objects in front of you.

Again, all of the students got their stacks of 48 hexagons.

We did several different combinations, having them explain them each time. 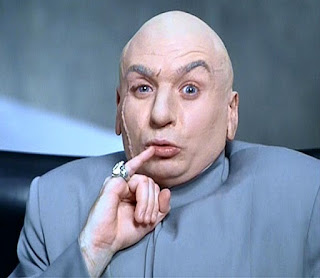 It also occurred to me that I could use the hexagons to talk about irrational numbers and square roots in my Pre-Algebra class.

Each student got a set of 50 hexagons.  We discussed again what questions are being asked by squares and square roots.


They played around with different combinations for a while, making squares from 16, 36 and 49 hexagons. 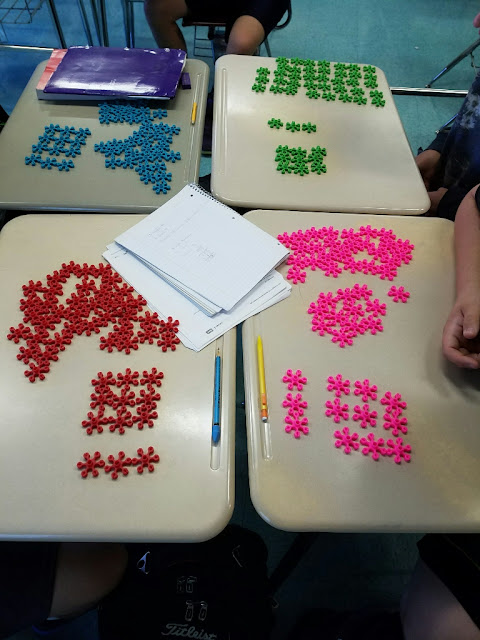 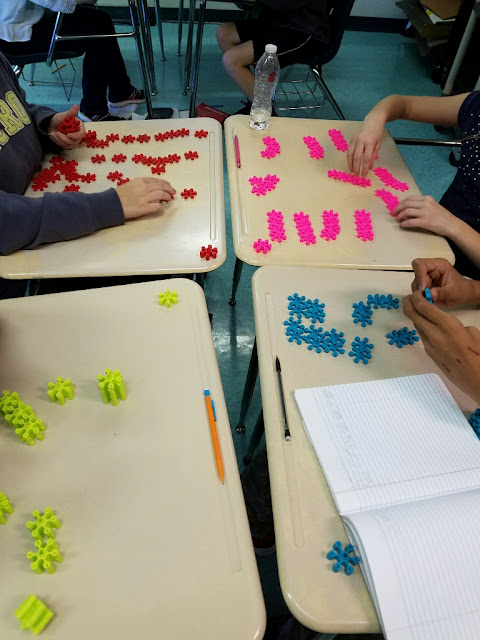 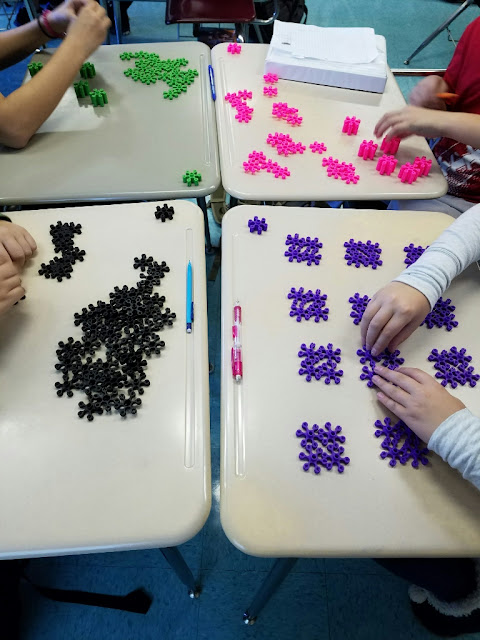 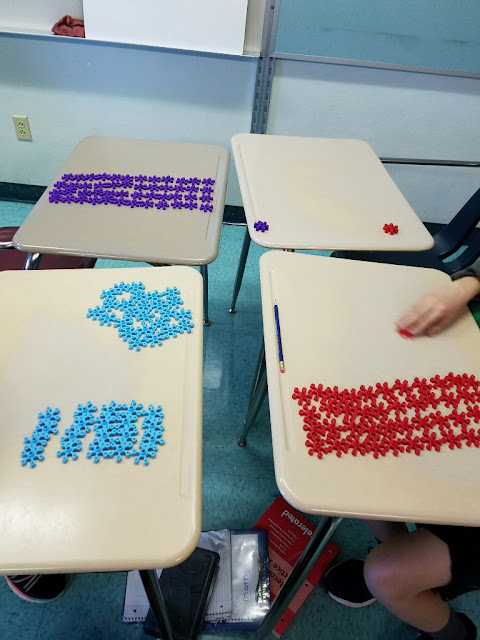 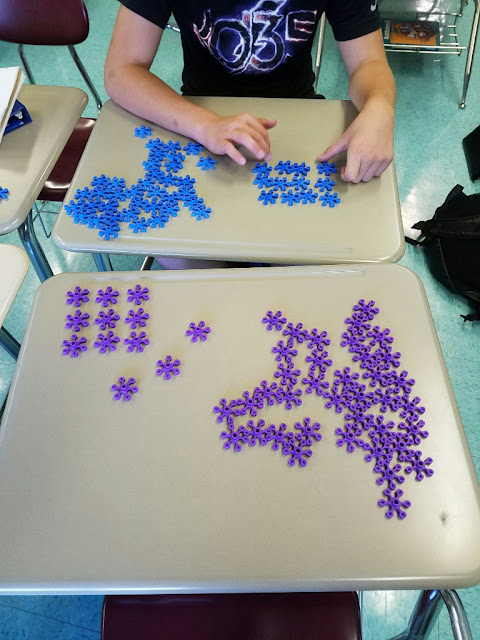 We talked about how we couldn't do it with whole hexagons, but instead would need pieces of hexagons.

I built a GeoGebra applet that showed us exactly what it would be and, since we've been working with estimates for 30 days now, it was a pretty easy sell.

We also began looking at where to plot those square roots on a number line.  That will continue tomorrow.


After class, a student who has been particularly distracted and distracting for the past month came up and told me how much he liked using the blocks.  He was on point today and I made sure to tell him so.  He said the blocks help him to understand what's going on, especially with the multiplication and division.

Nothing works for everyone, but everyone has something that works for them.
Email ThisBlogThis!Share to TwitterShare to FacebookShare to Pinterest