Posted by Justin at 3:54 PM
For the last day or so, I've been fooling around with Geogebra in an effort to make a 3D geodesic dome to show my class.

I started with a polygon inscribed in a sphere.  At each vertex of the polygon, I added another sphere with a radius of the side of the polygon. 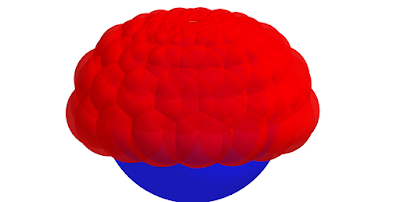 Then I marked the intersections of the smaller spheres with the larger one. 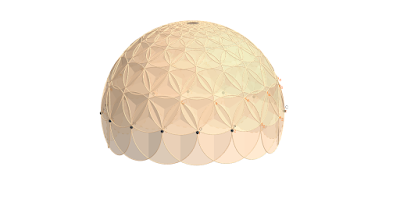 Where those projected circles intersected with each other, I dropped a point. 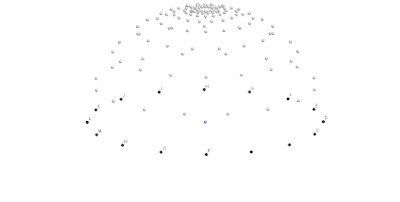 Finally, I connected the points into equilateral triangles! 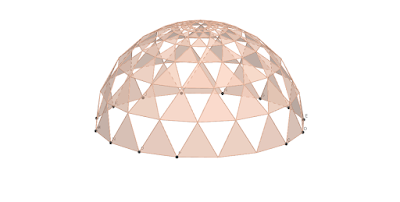 I made one from a 10-sided polygon, but didn't love how it looked.  It was good, but basic.

After a few more attempts and several program crashes later, I managed to get the 16-sided base the way I wanted it.

I'm not super pleased with the top, but with the sheer number of objects on the screen, the program couldn't handle what I wanted to do.

The resulting dome looks pretty awesome.  It was my first time playing around with the 3D capabilities of Geogebra and it was fun.  Several of my pre-algebra students were fascinated by it so I'm going to use a computer lab day to have them play around with it a bit.

I maaaaay also have recreated a simple version of it in every class to show off my skill...I mean...to show off the math and simplicity of it...


I also think that I need to do a better job of structuring the greenhouse project.  The groups are deep into the design phase with several teams already building models.  This is before they've blueprints, calculations or budgets.  We will talk about it more on Monday, but I'm worried if they do those things AFTER the model and things need to be changed, they will be too frustrated with the effort they put in and either fudge the numbers, or give up altogether.


I'm glad it's the weekend.  This week has been trying.
Email ThisBlogThis!Share to TwitterShare to FacebookShare to Pinterest