Posted by Justin at 5:24 PM
Today I started new lessons with my classes.  In Geometry, we began Domino Effect, which deals with prices of pizza based on the number of toppings and creating equations to determine price.  In Math 8, we started New-Tritional Info, which has students calculating the amount of basketball Lebron James has to play in order to burn off an extra value meal.  Both lessons, and the subsequent projects we will be doing, are products of the amazingly brilliant and creative people at Mathalicious.

These lessons, as well as the others on the Mathalicious site, are designed to add an authentic and real-world approach to learning mathematics and, from what I can tell, it's working.  The geometry kids did VERY well with theirs.  It was interesting to watch which kids struggle with which parts of the assignment and how I was able to redirect their thinking using pointed questions, many of which were suggested by the Mathalicious lesson planning guide.

It was clear that the students had seen the material before but that it had been a while.  Some of them needed a bit a of refresher, which I told them to get from their partner or small group.  Several students gave up early, claiming they had no idea what to do.  After some directed questions, it became obvious that they DID know what to do, but fell into one of two categories: 1) They didn't want to work or 2) They were having trouble with directions that were not explicit.  They wanted step-by-step Ikea-style directions to follow and when they weren't given those, they were uncomfortable and shut down.  Some poking and prodding got them back up again and back to work.

Overall, I was pleased and am looking forward to extending some of these in the next few days.  I hope to do this same lesson with the Math 8 kids near the end of the year, once they've talked about linear equations.

The Math 8 lesson did not go as well, but I don't think it had to do with the lesson design.  I think I vastly underestimated the skill level of my students as well as the way they think about math problems.  I need to find a class set of calculators, but more importantly, I need to train my students to answer a certain question before they complete a task:

Why am I doing this operation?

All too often, they say "We just multiply, right?" but can't tell me why they want to.  They don't know how to analyze a mathematical situation to determine the best course of action, or even a sensible course of action.

I don't blame them for this in any way.  We have trained them from elementary school that math comes in small, discrete packets.  We will provide them with one question and expect one answer.  "What do we do next?" is important, but so is "How do we set this up?" and we don't spend enough time on it.  On top of that, as soon as they see decimals or fractions, they shut down.  I don't want to modify the lesson to make the numbers "pretty" because then it loses some of the authenticity.  I even hate to pick an easier lesson because this one is designed for 6th graders.

Perhaps I simply need to have a more open discussion about how to find what is being asked for instead of relying on them to simply know.  I have plenty of time with double periods.  I can take the time to explain these things, but I REALLY don't want the class to turn into lecture.

I have faith that the more of these activities and projects I do, the more students will begin to understand what is expected of them.


In response to my query about good math practice and function over form, the brilliant and forward thinking Christopher Danielson suggested that I test my students' understand of the equal sign by having them answer the following question:

The idea being that students who have a less accurate understand of the equal sign would put an answer of 12 because the sum of 8 and 4 is 12.  These were the results: 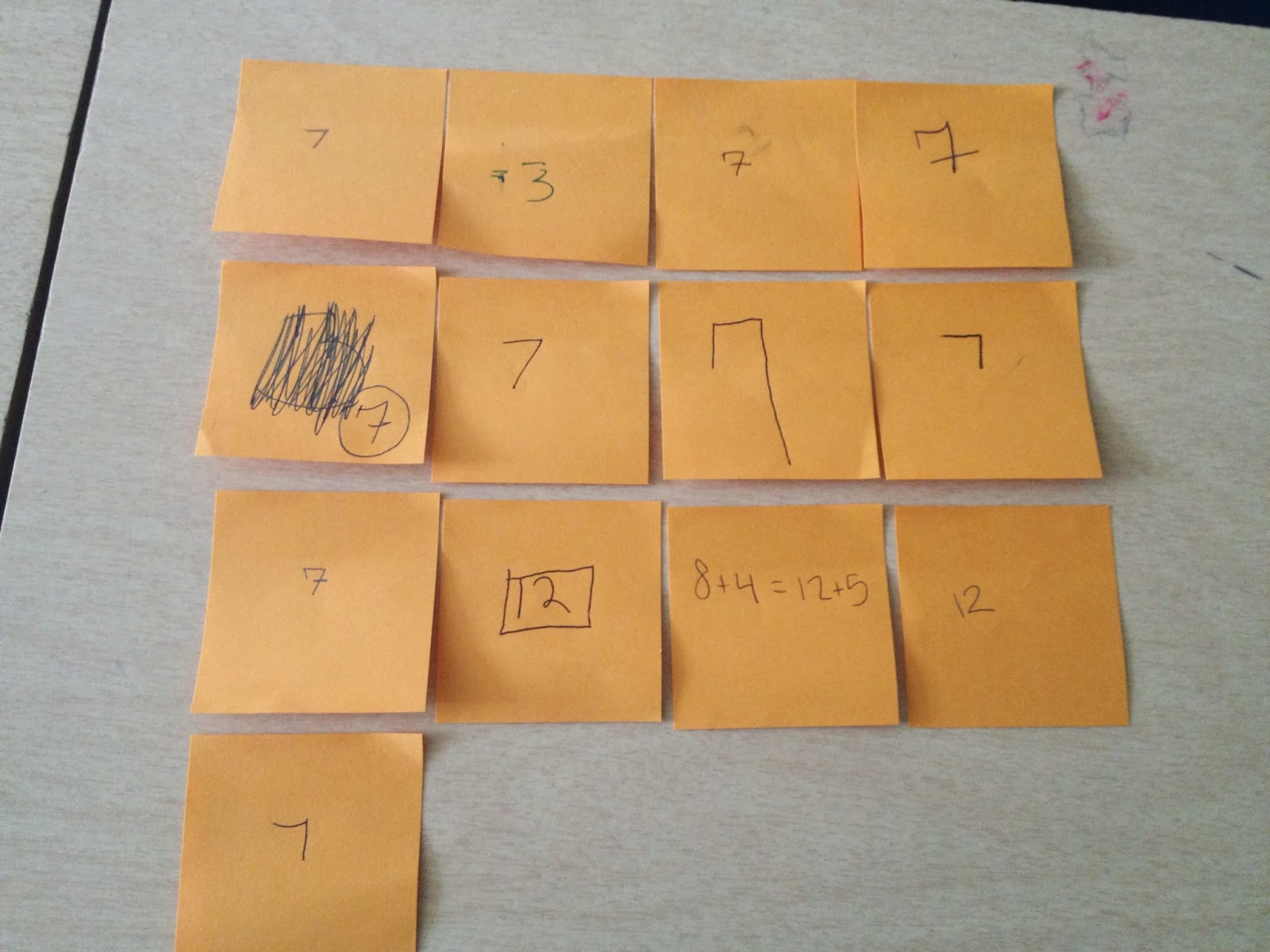 It's not nearly as bad as expected, but clearly, we do need to have a discussion of the equal sign and how it does not mean "Put the answer here."

The second class did a bit closer to my expectations, which is unfortunate.  There are some interesting answers here, including ones that I think are clearly calculation errors instead of conceptual. 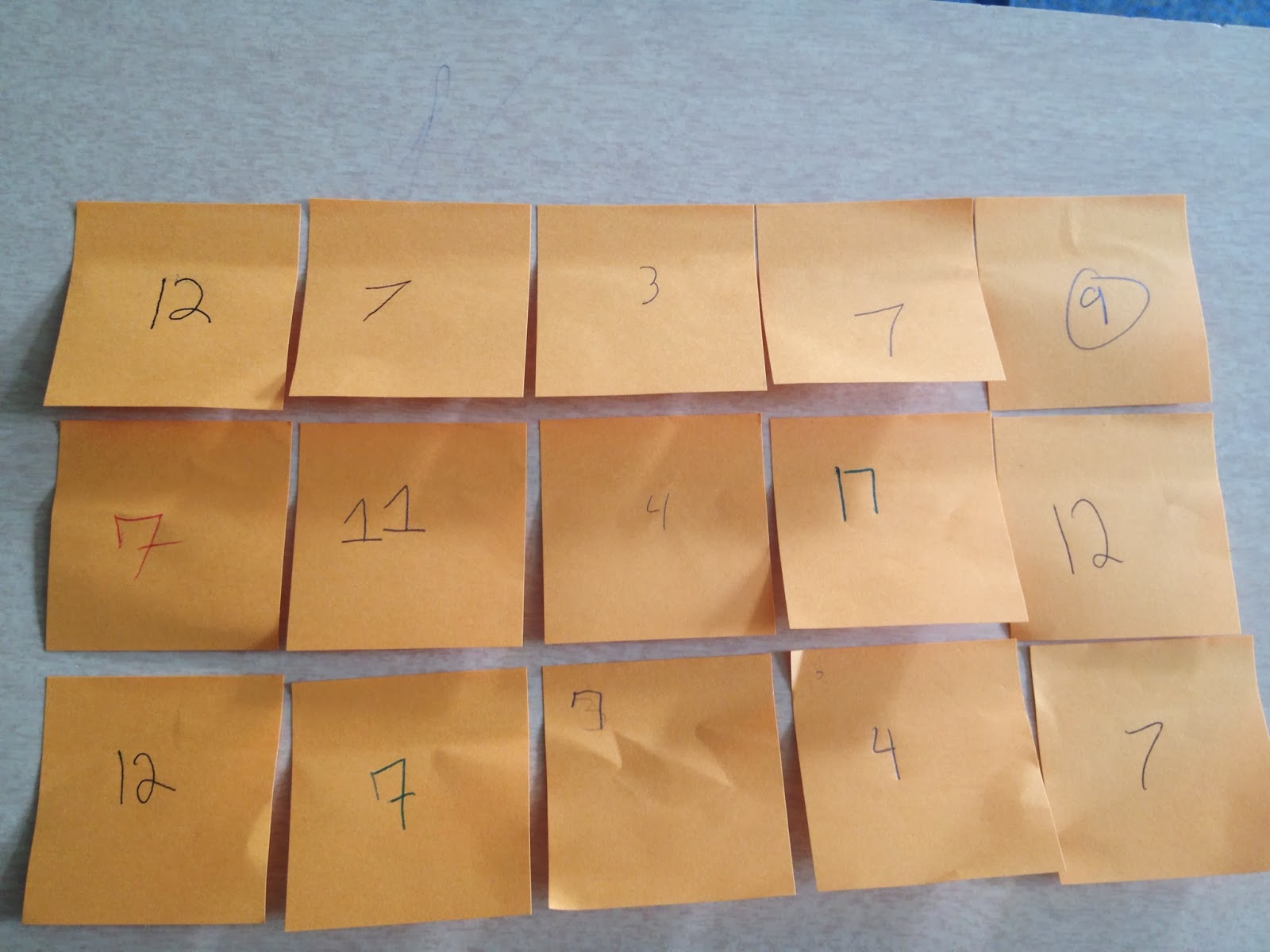 On the personal front, I had a student walk into my room today clearly in a funk.  She immediately put her head down and when I asked her repeatedly to pick it up, she got an attitude with me.  I set the class to a task and pulled her outside.

Me: "What's up with you today? You did great work for me last week and now you're giving me attitude."
S: "I don't want to be in this class."
Me: "I can understand that.  Have I done something to upset you?"
S: "No.  I just don't want to be in this class."
Me: "Well, unfortunately, there's nothing I can do about that and nothing you can do about it, right?"
S: "I guess."
Me: "So if there's nothing that either of us can do about it, then you giving me attitude is just making things tougher for you and for me, right?"
S: "I guess."
Me: "Alright then, I know everyone has bad days.  Hang out here for a few minutes, take a couple deep breaths and then come on back in ready to work."
S: "Ok."

AND SHE DID!!!  She did great work today!  I made sure to find her at the end of the day and thank her again for her great work.


P.S. Since attending TMC13, I've been thinking about every day things in terms of how I could use them in my math class.  When I saw my kids swinging, I immediately thought about Max Ray, the Drexel Math Forum and "I notice, I wonder." 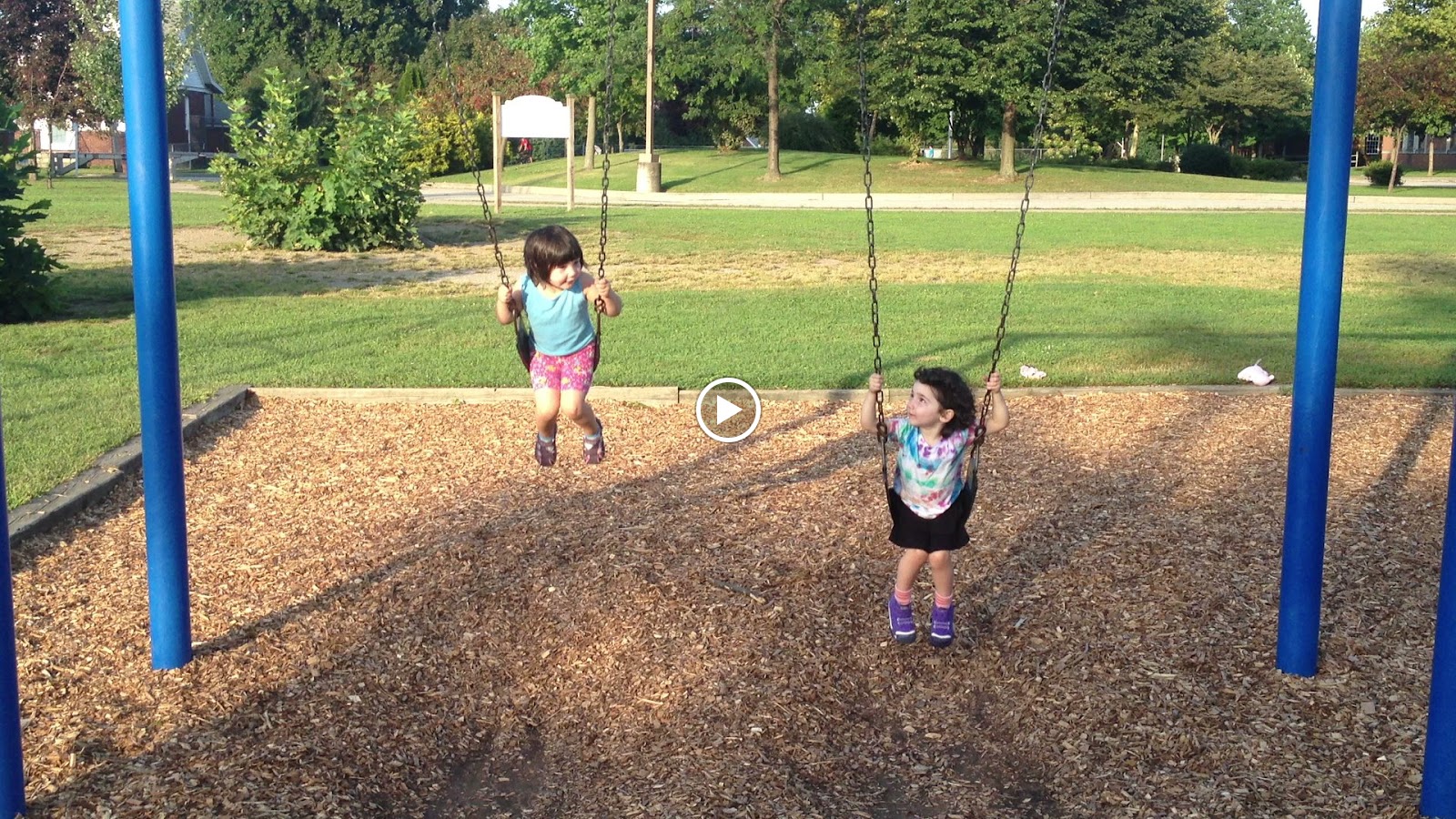 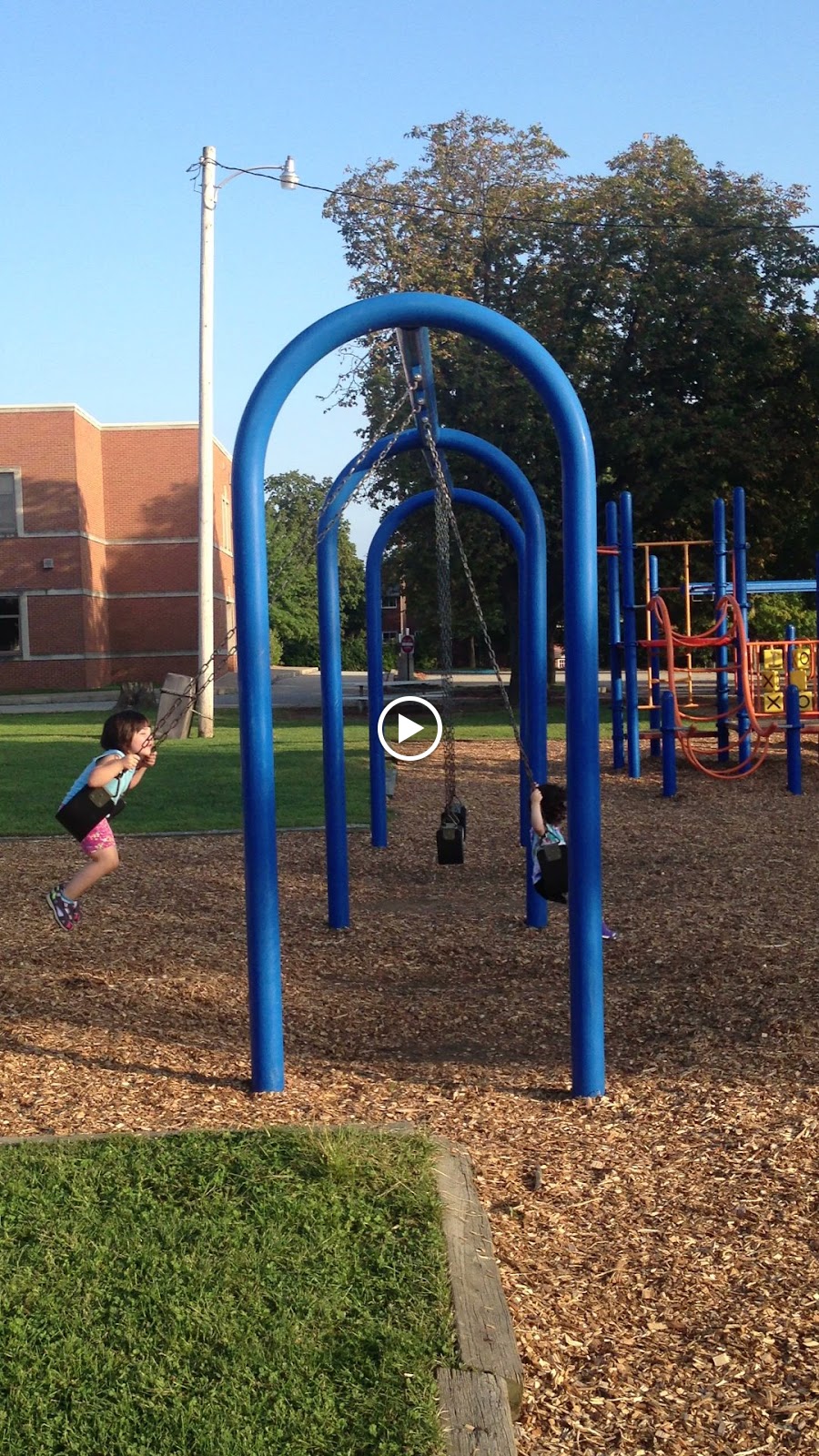 I think there's a great lesson here about periodic motion and pendulums!
Email ThisBlogThis!Share to TwitterShare to FacebookShare to Pinterest