Posted by Justin at 4:17 PM
I spent almost the entire geometry class going over 7 problems on the homework.  Some of this was general confusion over what was being asked and how to find it, but much of it was hand-holding.  Lots of "you know how to do this. You've done this for years. Now do it." These kids are very bright, but very few have been actively encouraged to think, which is an odd idea to anyone who isn't a teacher.

I spent a large portion of both pre-algebra classes going over the importance of showing work.  These kids are so capable and every time they make a mistake, they convince themselves that they are stupid.  I constantly hear myself saying "Making mistakes is not a problem. Quitting is." 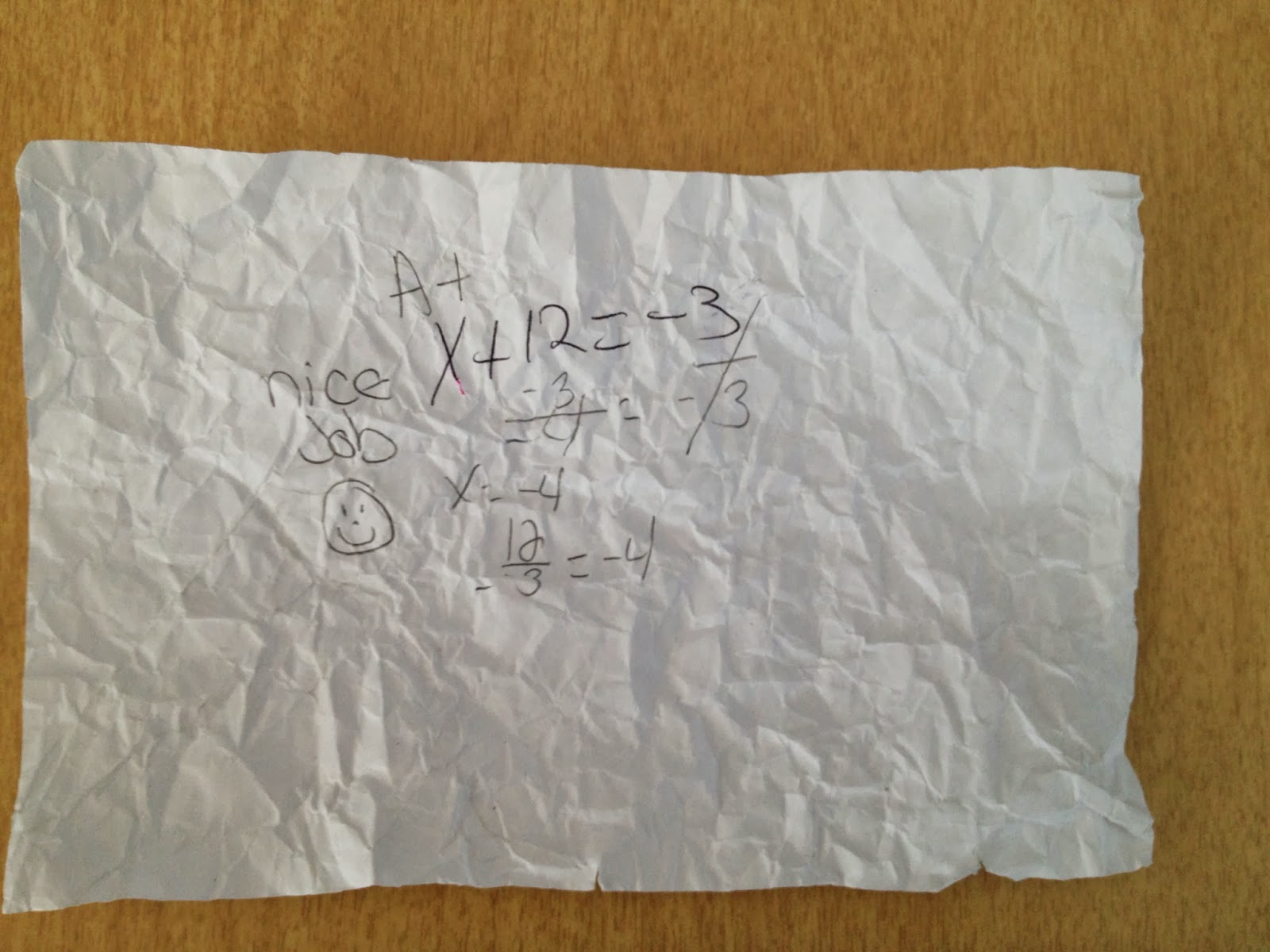 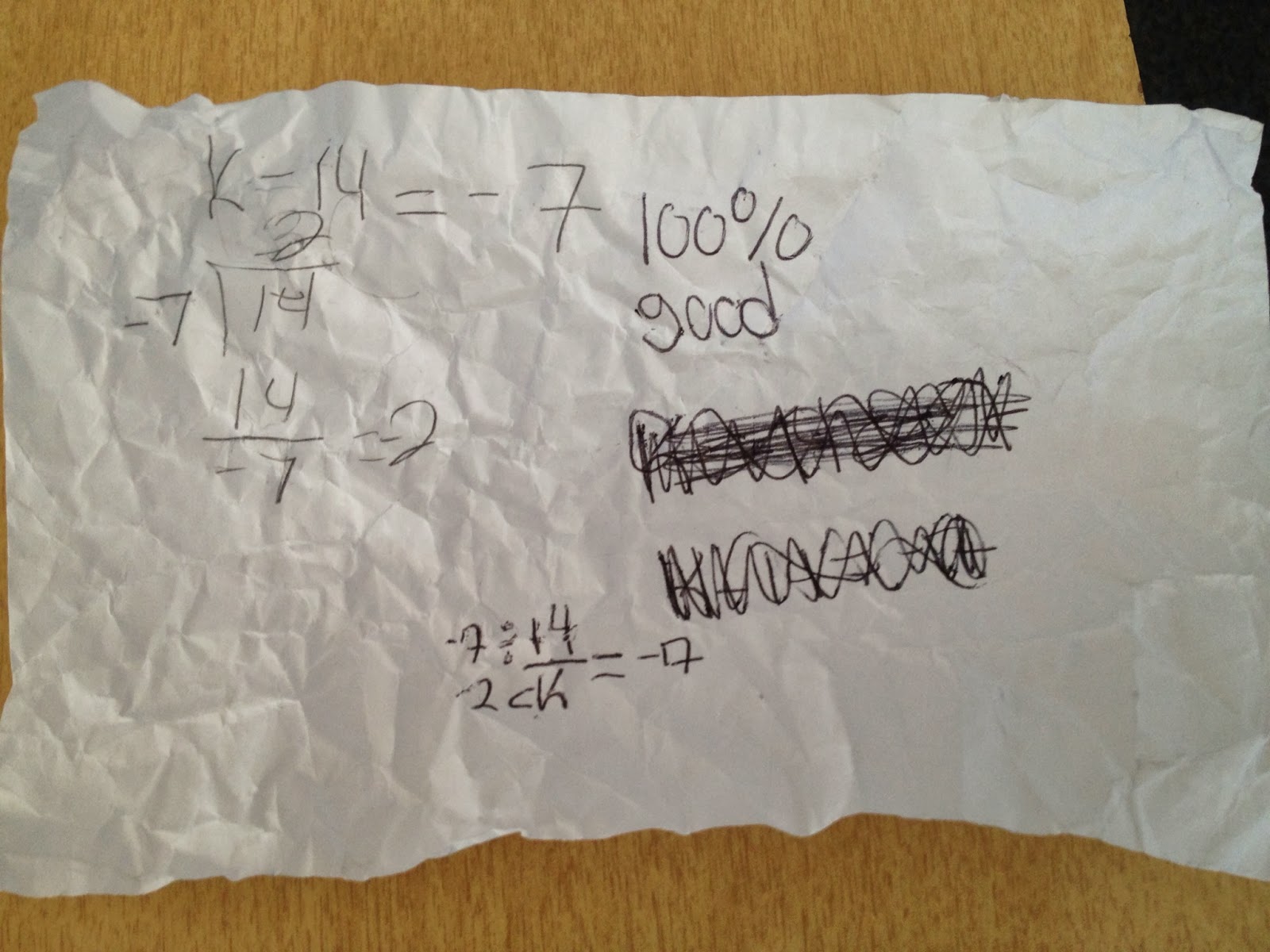 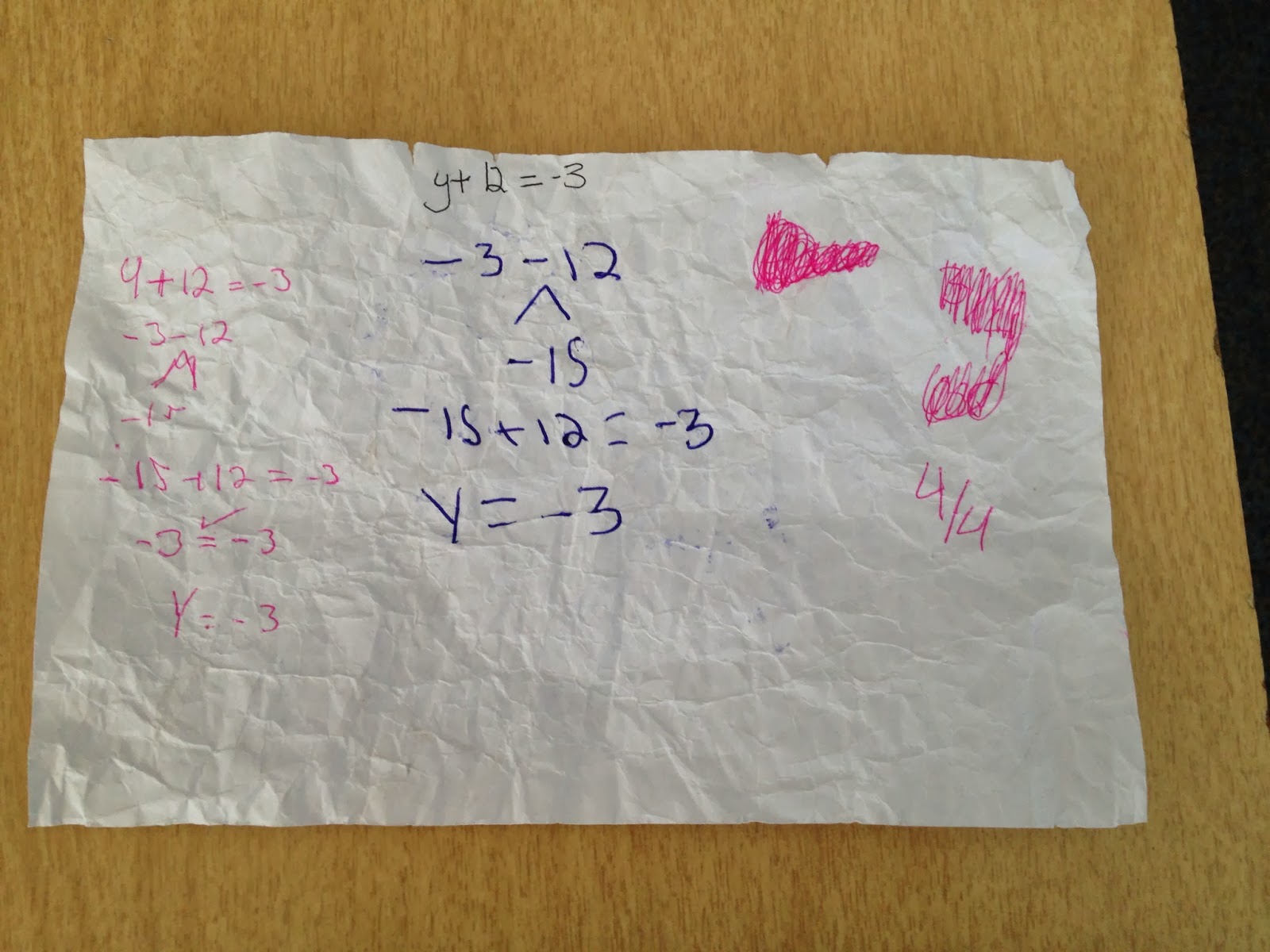 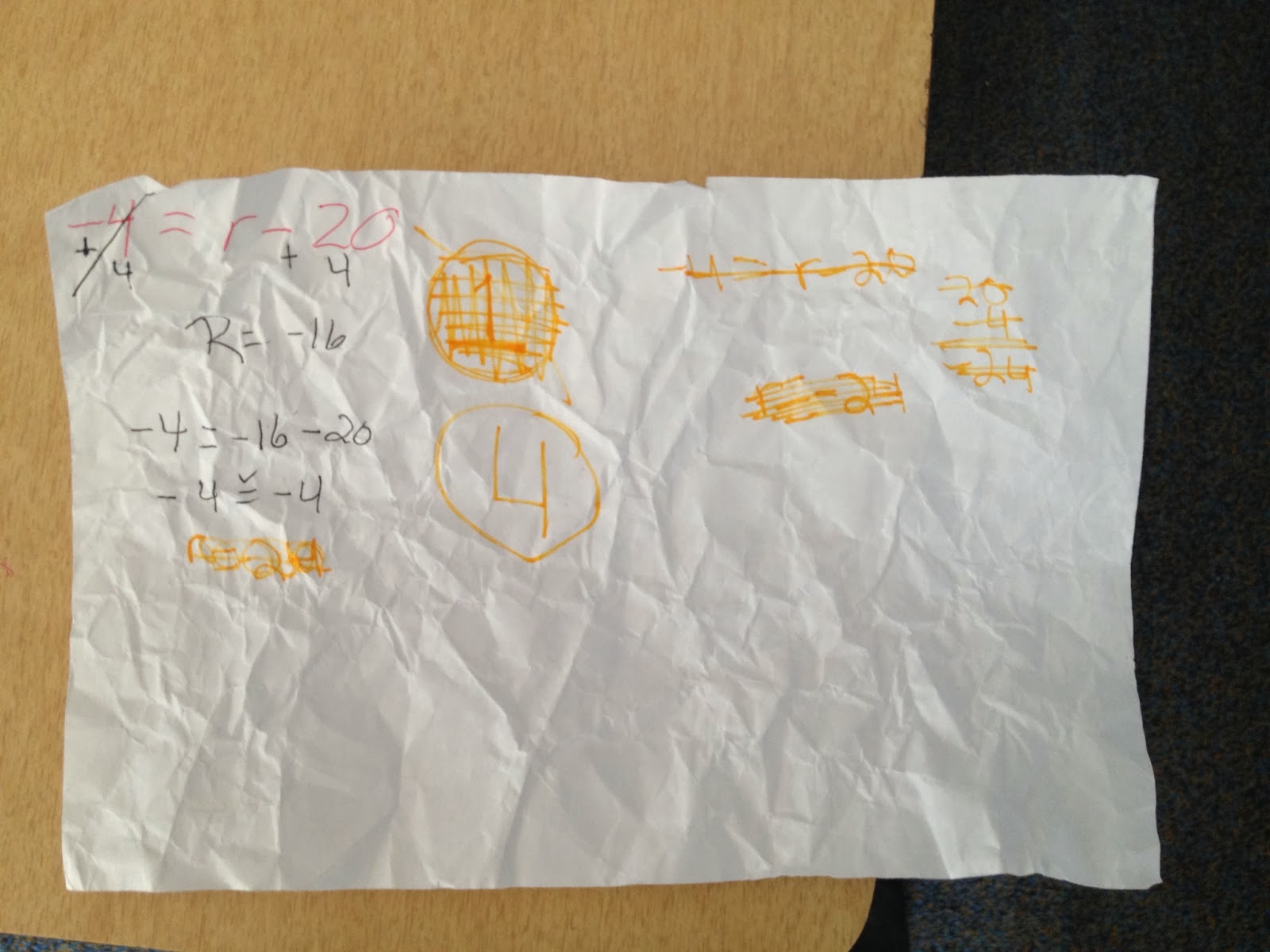 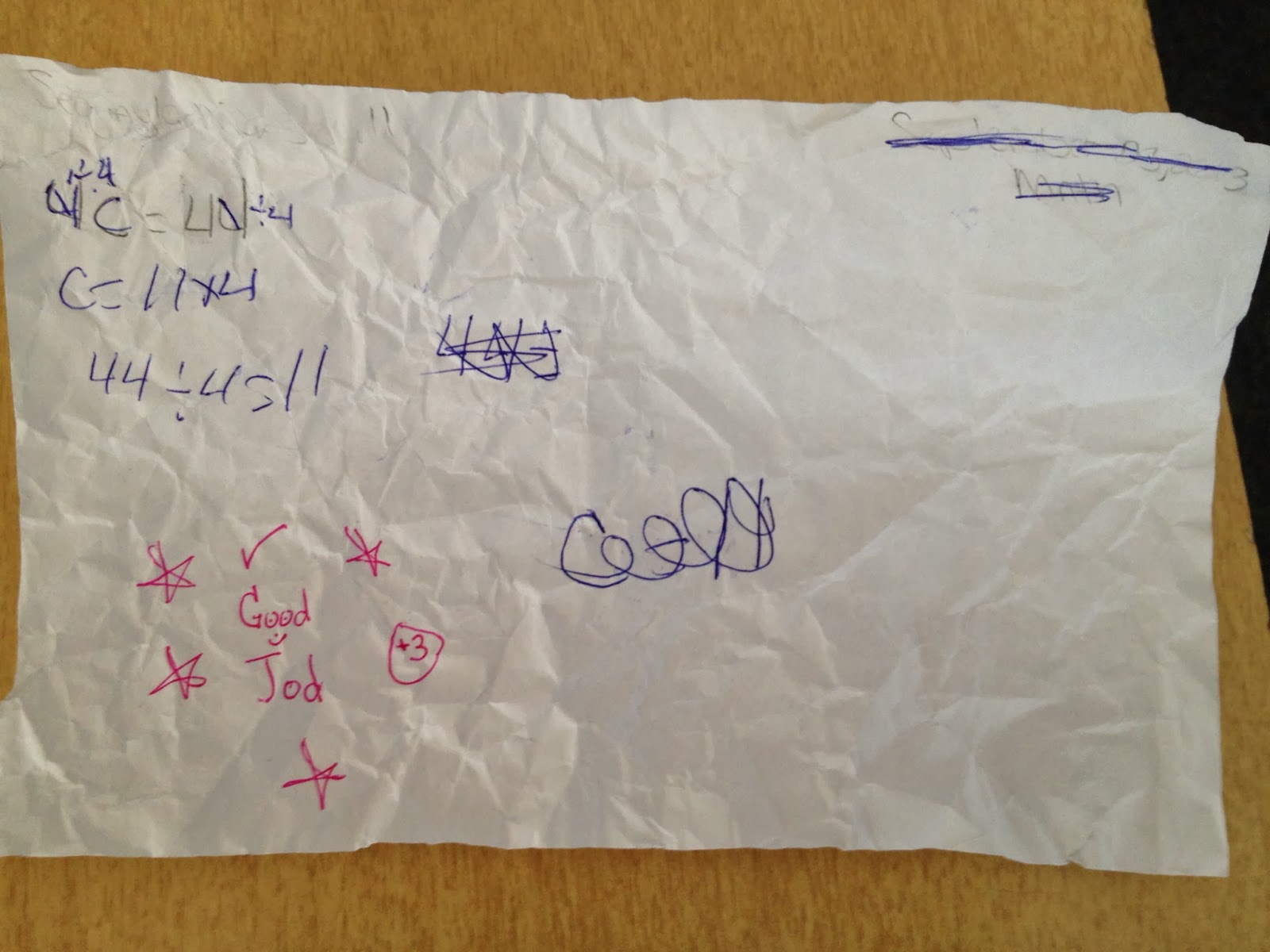 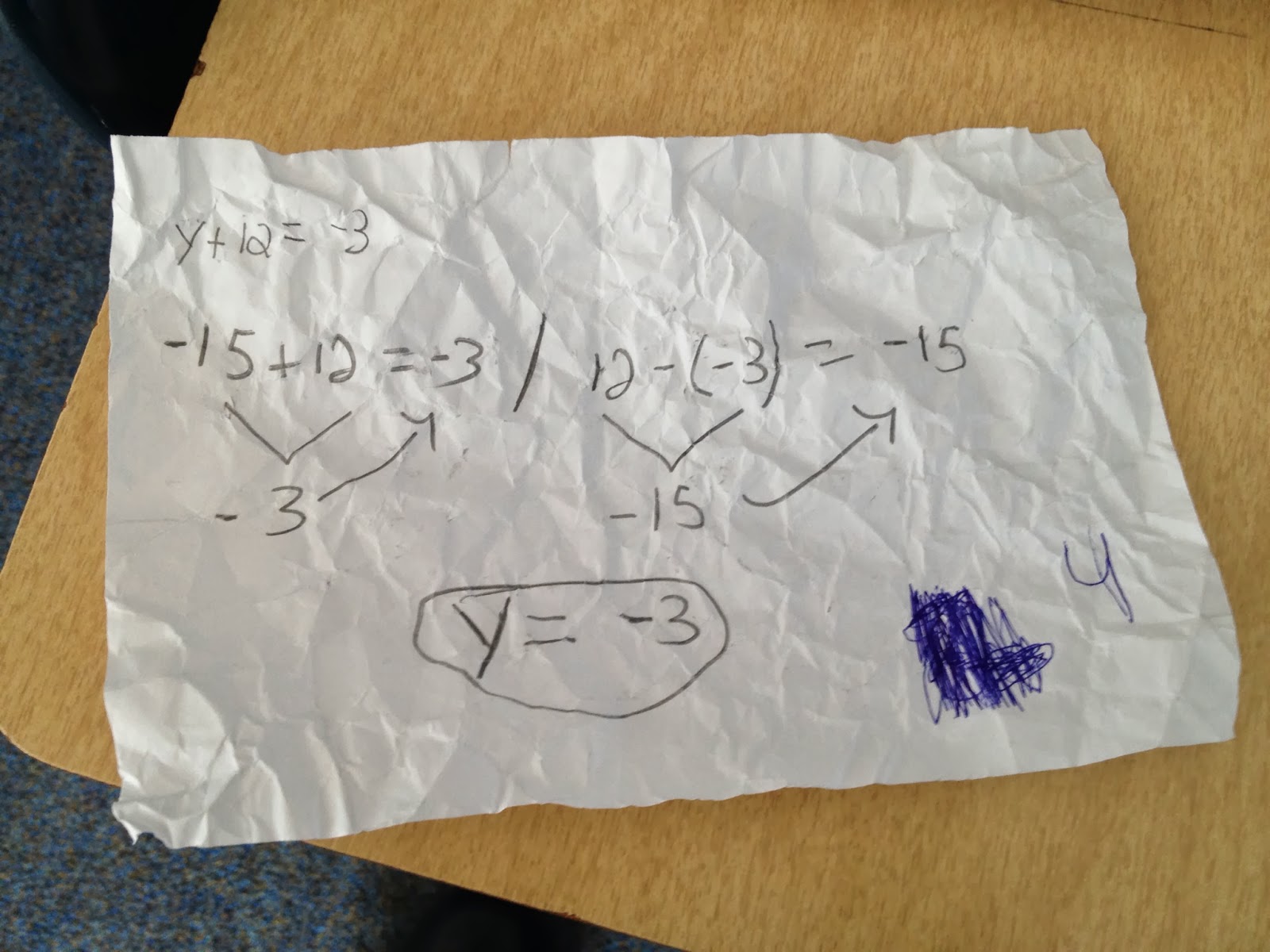 In the first class, this is where it ended.  In the second class, I went around the room asking student what scores they gave and why.

After we went around the room, I told them that when they do homework or quizzes, they should be answering questions as though their classmates are going to see and score them.  They should consider the things that we talked about in terms of feedback when deciding how much or little work to put on their own paper.

I seem to be having tremendous difficulty getting certain expectation across to my students.  Specifically, I want them to answer the questions that I ask them and in their desire to show off what they think they know, they jump the gun and either give me a wrong answer very loudly, or give me the right answer before other students get a chance to even hear the question.  It's VERY hard to give wait time when kids are yelling out answers.  I am so pleased with their enthusiasm, but no matter how many times I explain it, I can't get them to understand that there are other people in the class.

When they DO put their hands up and I call on someone else, they take it as a personal insult and refuse participation for the rest of the class.

In addition to that, after giving my pre-algebra classes a 10 minute rant about the importance of showing your work, followed by asking them to put answers up on the board, 2 students out of 12 showed their work.  I know it sucks writing down every step.  Being pretty good at mental math and very lazy myself, I understand not wanting to write more than you have to.  In most situations, if they can get the right answers, I don't care as much.  The problem is that I can't see where they are making the mistakes and then when I ask them, they can't remember what they did.  I don't want to give an entire assignment about showing work, but I may have to.

It's making me nuts.