Posted by Justin at 4:34 PM
Geometry wasn't so much as a geometry class as much as it was an "ask Mr. Aion questions about quantum and astrophysics in an effort to better understand the nature of the universe" class.  I spent the entire time (after the warm-up) talking to them about quarks and anti-matter and the life cycles of stars and the big bang and the possibility of alien life.  They were engaged and interested and asking deep questions.  When I mentioned that anti-matter would annihilate any container that it was put in, one kid asked if it would be possible to keep it "in a jar, but have forces pushing on it from all around so it didn't touch the sides."

For those of you who don't know, this is exactly how scientists contain small amounts of anti-matter.  I told him to go into physics.

I'm thinking that this desire to learn something that they find interesting should be harnessed.  I may put up a question box and have them drop questions in there throughout the week.  Then, if we've done everything we have to, on Friday, I'll answer questions from the box and follow-ups that come in class.  I would rather do this all 5 days, but apparently, I'm supposed to be teaching them geometry.

Classes like this make me remember why I wanted to teach.

Also, the class MAY have ended with me telling all of the kids to be quiet so two students and I could discuss the upcoming 50th anniversary episode of Doctor Who.

There was some difficulty understanding the concepts of keeping an equation balanced in pre-algebra yesterday, so I pulled out an old standby: 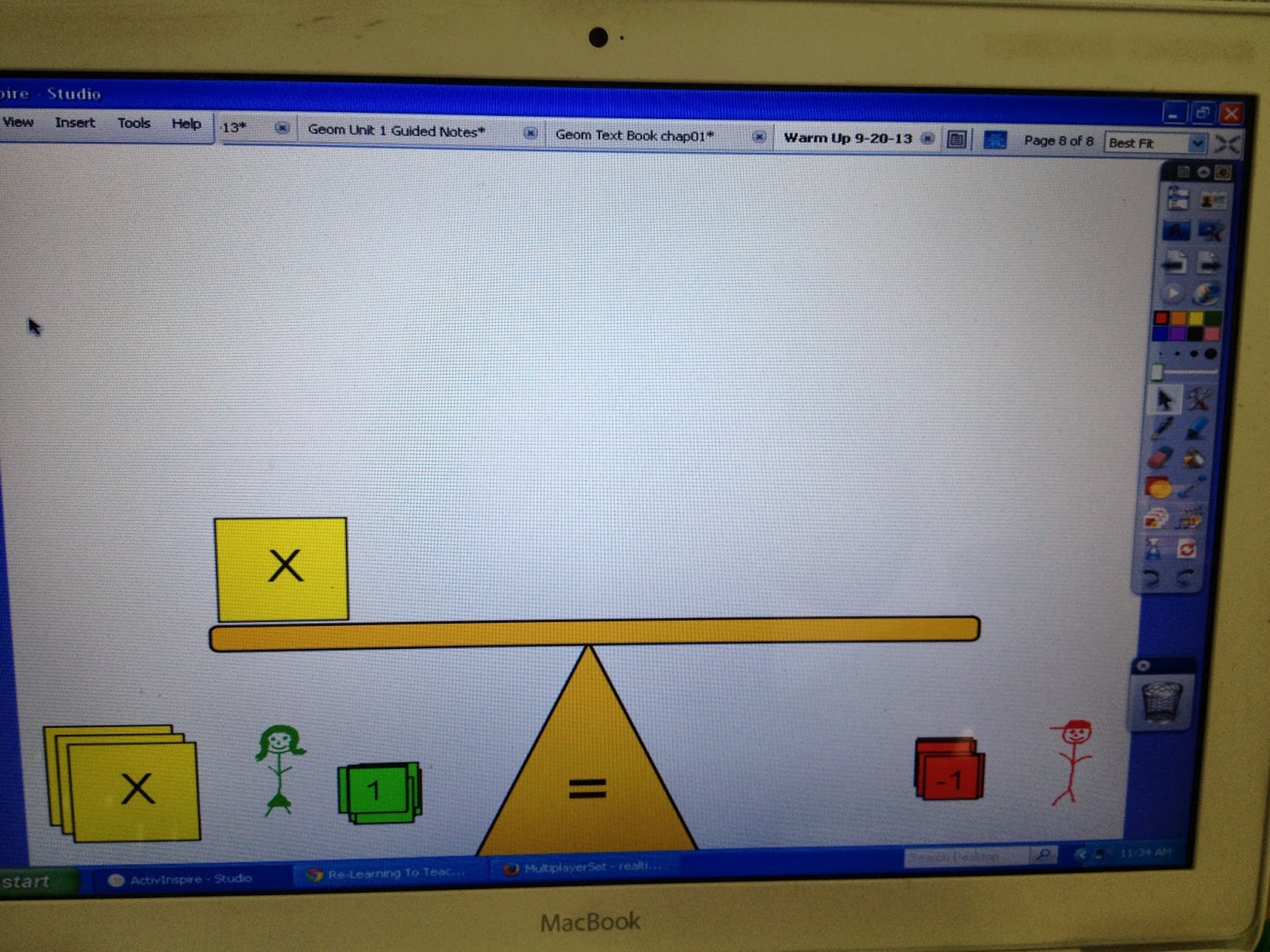 My favorite modification of this is the stick figures.  The boys are negative, the girls are positive and they meet "up in da cluuuuuub," pair off and leave.  I'd rather not exclude homosexual couples, but that messes up the algebra.  When Sarah Palin starts using my examples, I'll find something else.

I know the analogy isn't a perfect way to teach balancing equations, but it seems to make sense to the kids.  I told them that they don't have to use it, that I'm just trying to give them another way to think about it.

I need to start putting grades in soon or people are going to start to wonder what I'm doing...

CURSE THESE GRADE-BASED SHACKLES!!!
Email ThisBlogThis!Share to TwitterShare to FacebookShare to Pinterest