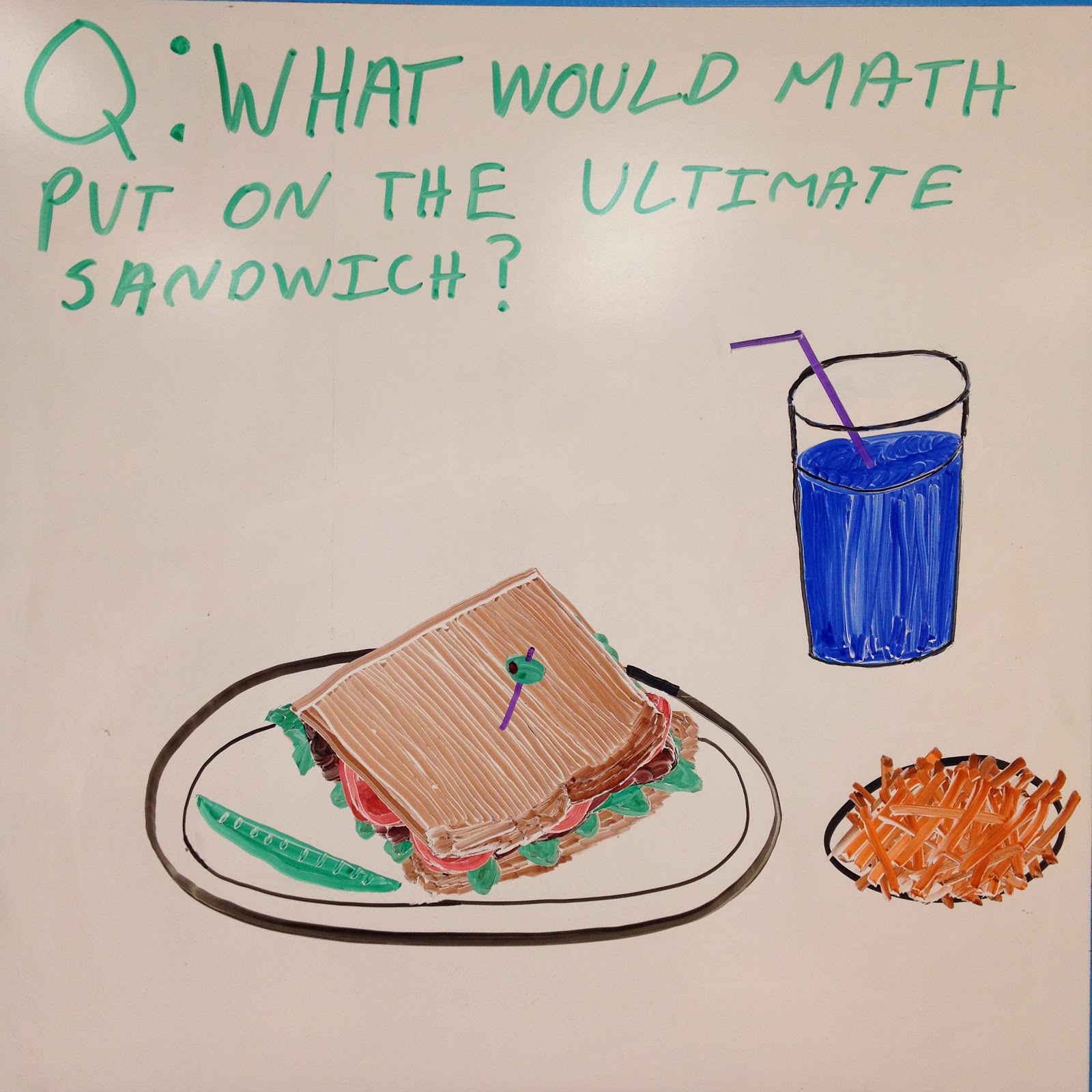 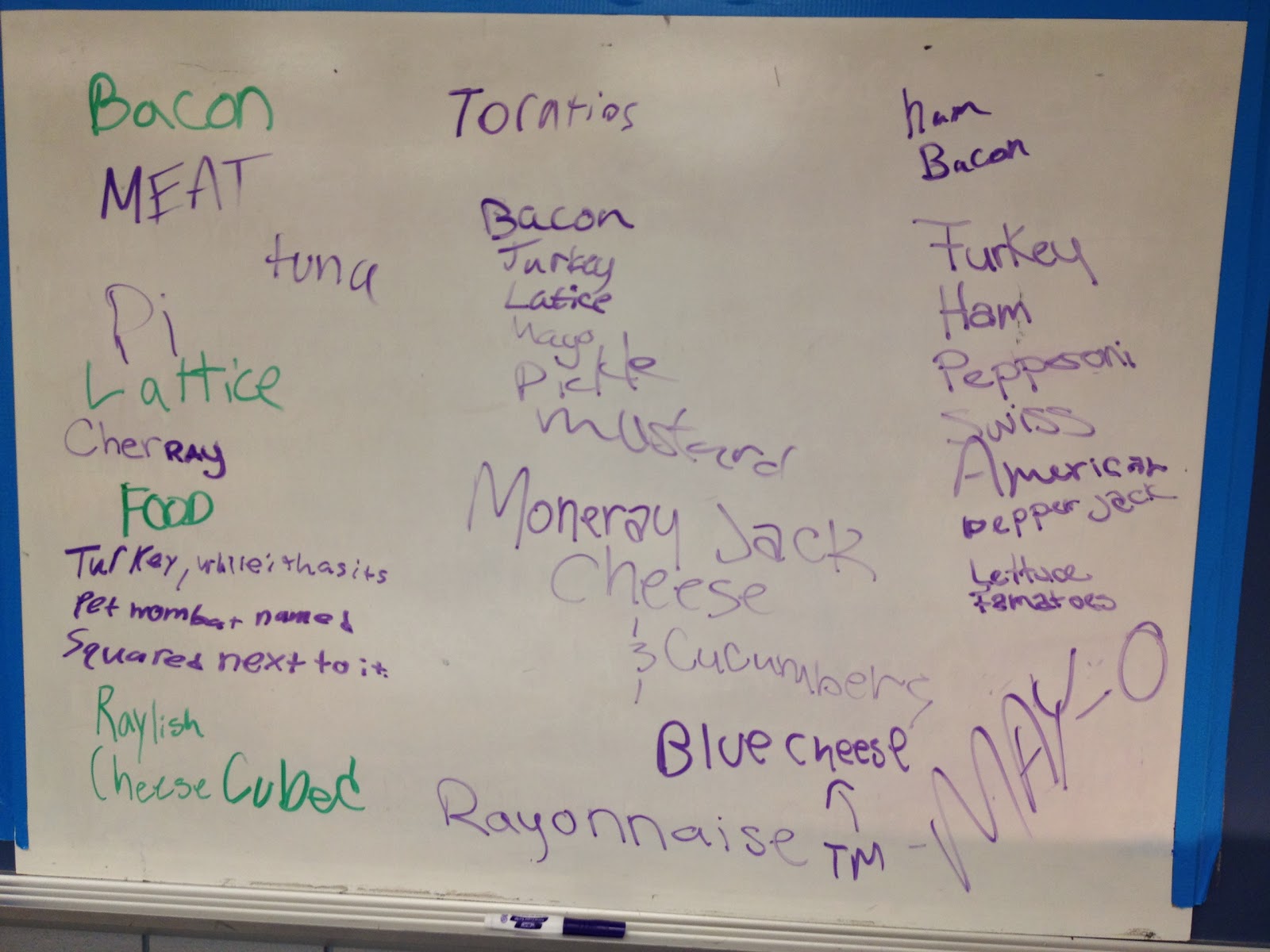 After a couple of great conversations on Twitter last night about tasks and assessment, I went browsing through the internets.  I came across (by the direction of some great people) Mathshell.org and the amazing variety of CCSS aligned tasks and lessons there.  I picked two for today that are designed to promote problem solving and discussion and they worked FAIRLY well.

The activity in Geometry was a truncated version of a 7 day lesson about finding congruent triangles.  I've been working with the students about identifying what they need to know to determine if two triangles are congruent.  This activity was an extension of that concept.  In the first part, they were presented with a conversation between two students.

Solomon says: "I have drawn a triangle.  It has one angle of 30 degrees and another of 40 degree.  Adeline, you draw a triangle with the same properties."

Adeline says: "My triangle will be congruent to yours, because all triangles that have those two properties must be congruent."

Is Adeline correct? Explain your answer.

There were three conversations and questions like this followed by a proof and a counter-example.  Students were asked to evaluate and analyze the reasoning given to them.

They did very well on the first section.  Most of the groups drew pictures of counter-examples and explained why the information presented wasn't sufficient to create congruent triangles.  The second section didn't go so well.  They were able to see a problem in the proof and most could figure out how to fix it, but when it came to the counter example, I think the technique used was a bit over their heads.  The person used circles to talk about radii and congruent sides, which I understood immediately, but had to explain to many of the kids through Socratic questioning.

The task for pre-algebra was fantastic!  The kids were really into it.  It, also, was a bit above their heads, but they stuck with it and happily asked questions and attended to the answers VERY well.  It was a step in the right direction for the persistence that I'm trying to get out of them.

They were asked to look at a Ponzi Scheme!

I started out by asking them if they had ever received a text that read something like "You've been buzzed! Forward this text to 10 people in the next 10 minutes or everyone you've ever loved will be killed by falling trees!"

Most of them had, so I moved onto the concept of chain letters and gave them the following:

Do you want to get rich quick?  Just follow the instructions carefully below and you may never need to work again!

The questions asked them to find out how much they SHOULD receive and what, if anything might go wrong.  Then, they had to speculate on why a Ponzi Scheme was illegal.

There was a ton of struggle in interpretation of the system, but once they got what was happening, they worked VERY hard on it and had some great discussions.  It took a bit of prodding to get them to put their answer in terms of exponents, but it was well worth it. 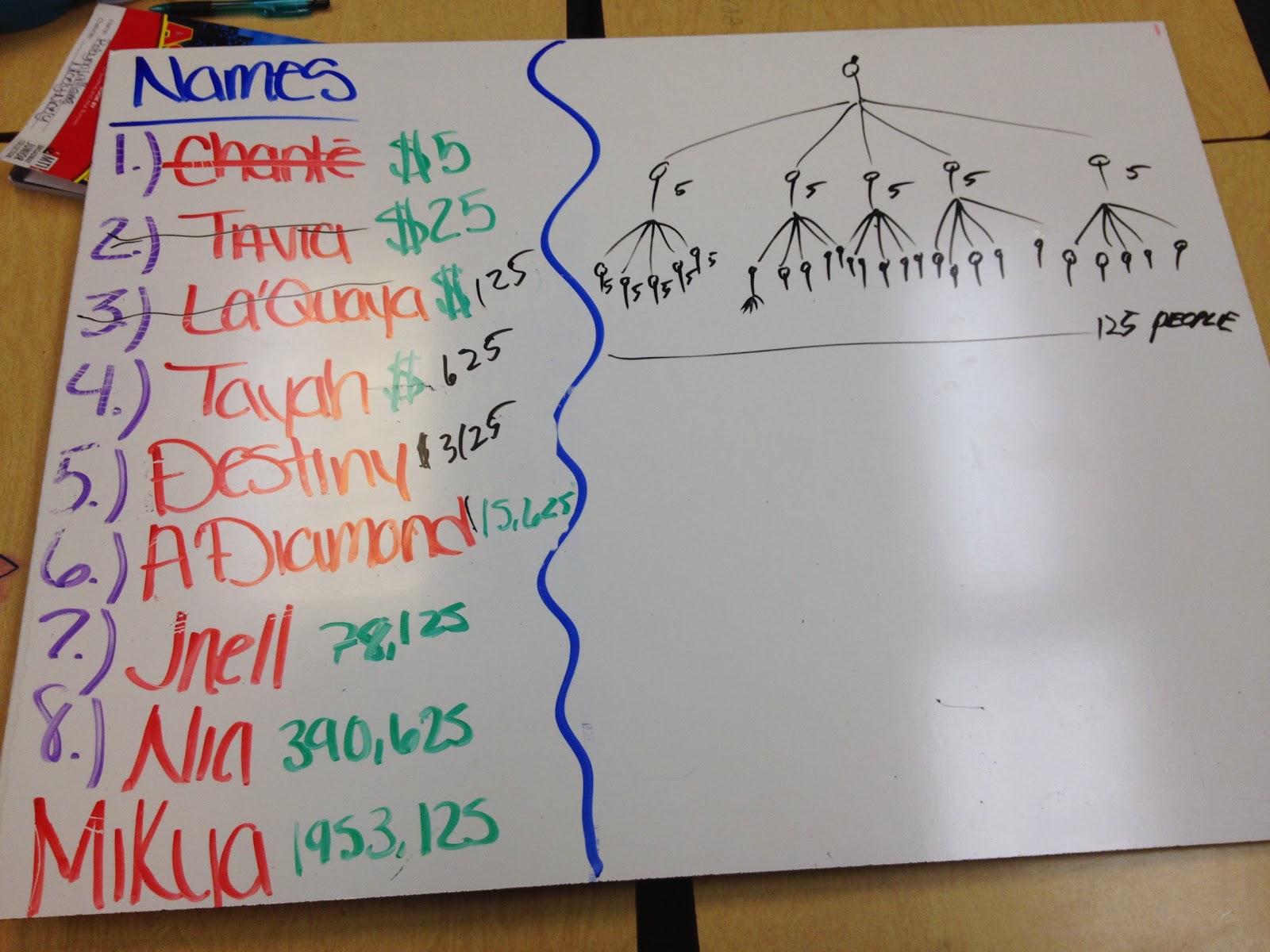 It put me back on track of thinking about engagement and what engages the kids.  I honestly didn't think that this lesson would pull them in so completely.  I've had other lessons that I thought would be killer and the kids didn't care at all.

It's so important to remember that they are people with on and off days and just because a lesson flops today, doesn't mean it will flop tomorrow or next week. 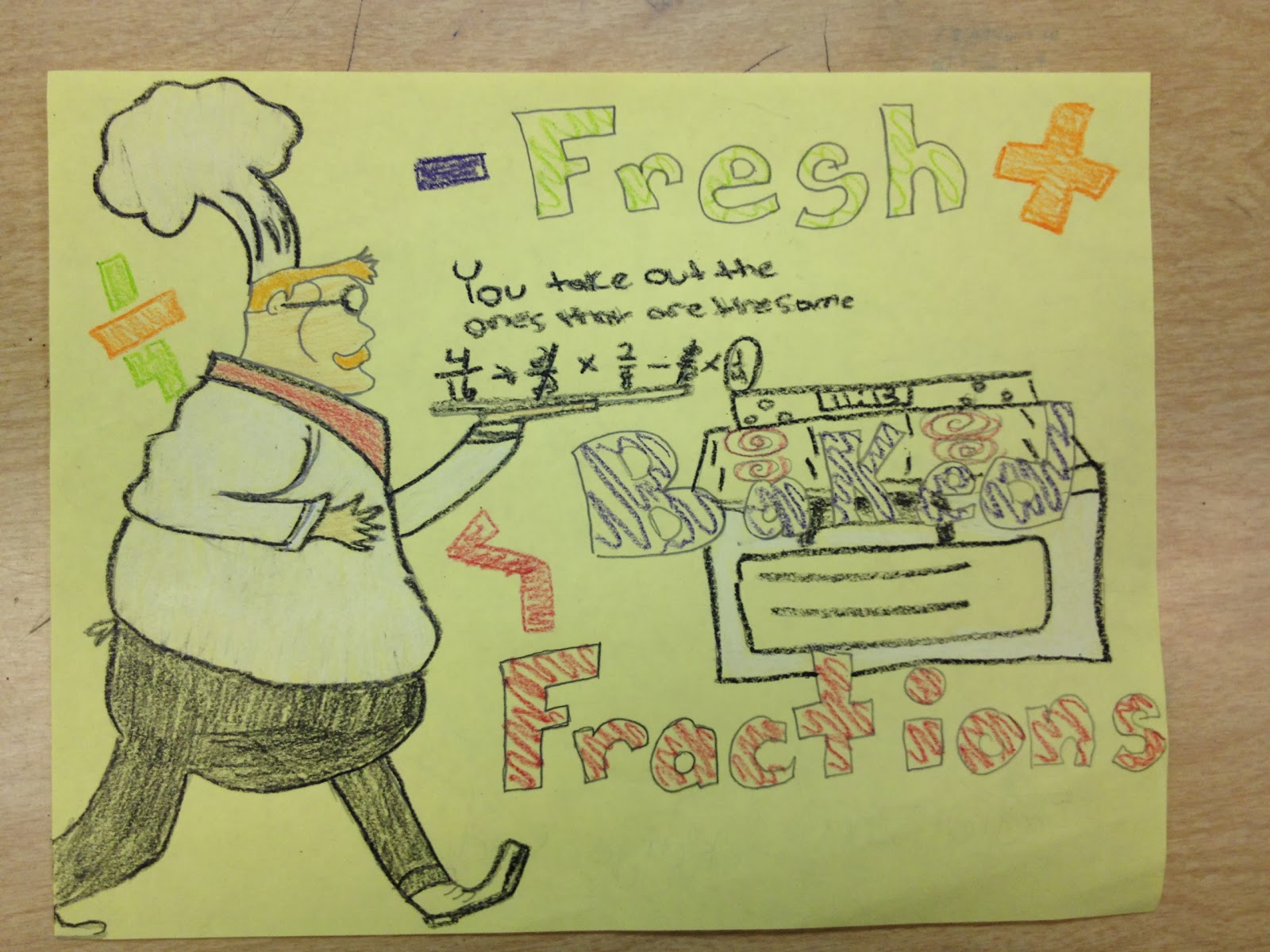