Posted by Justin at 4:36 PM
Started the day off with a 2 hour delay, which is always a nice way to start.  I did not, however, use the extra time wisely.

Yesterday, the geometry class took it's first foray into SBG.  We took a unit test that was developed by the amazingly brilliant @Algebrainiac1.  It didn't go that well, but it showed the students what they should expect.  We went over it together and today, they took a quiz that was broken into specific skills.  It's fascinating to see, as I grade them, that certain kids are amazing at certain topics while completely lacking in others.

I started an Excel spreadsheet to color code and track the proficiencies of the different skills. 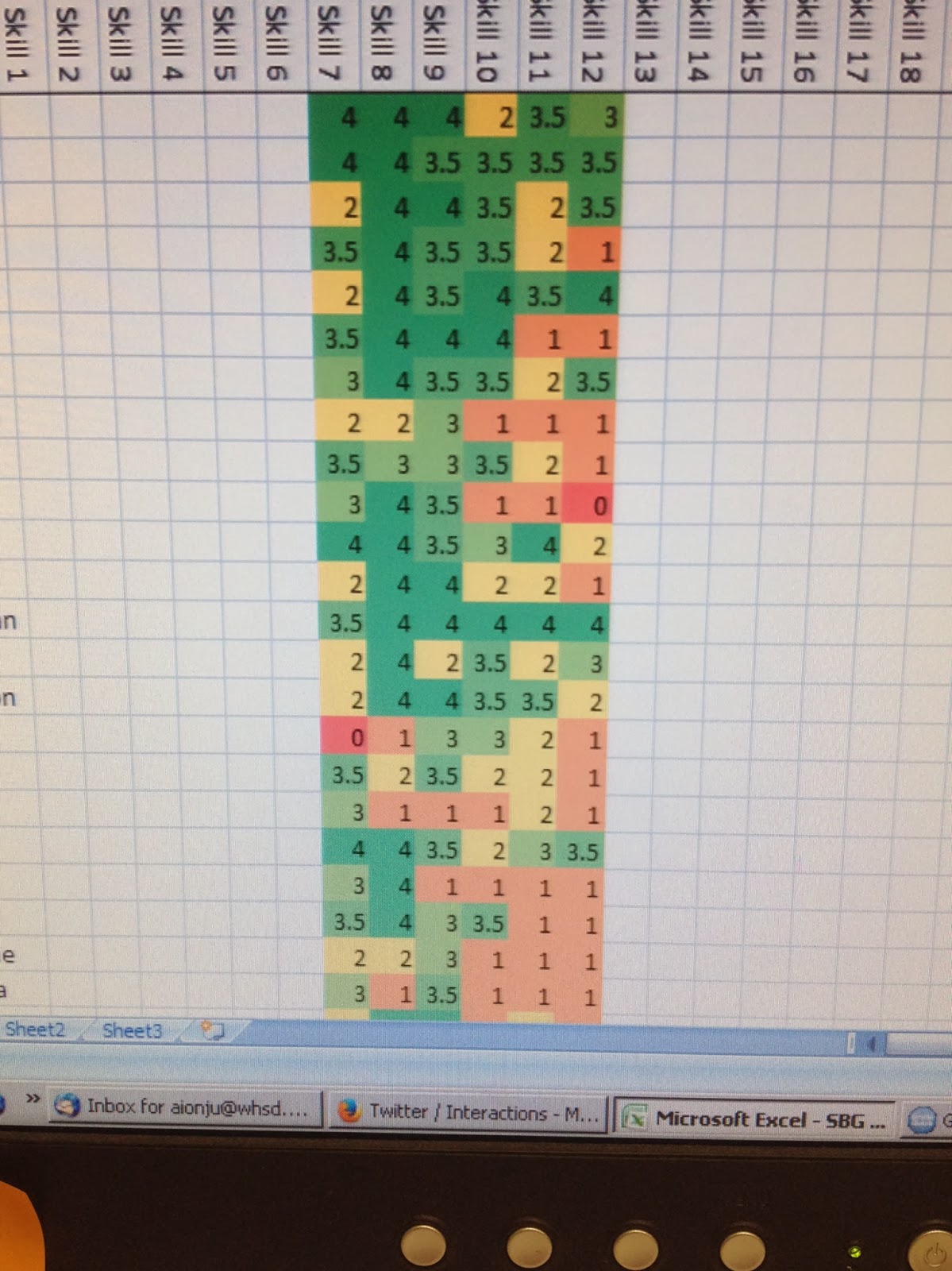 I'm pretty excited to go over it with the kids tomorrow after I grade their quizzes.  It also highlights for me how much work I have to do if I want all of my classes to be on SBG when we get back from Christmas break.  Here's my basic list:
Ideally, I'd like to have all of this done by the end of the semester to make a clear midterm with the skills that the students should have acquired by then.

For the first time this year, it feels as though I have an actual goal beyond "Make the class relevant and interesting." I've been wanting to do this for a while, but have been putting it off out of fear and laziness.  I have lots of irons in lots of fires and have justified putting this one off.

Maybe during the break, I'll do a Google Hangout with other pre-algebra teachers and organize the LTs.  Anyone want in?

I also wanted to start a Google Hangout book club to read Teach Like A Pirate.  Who is in on that?

All Hangouts will be scheduled during naptime for my children. 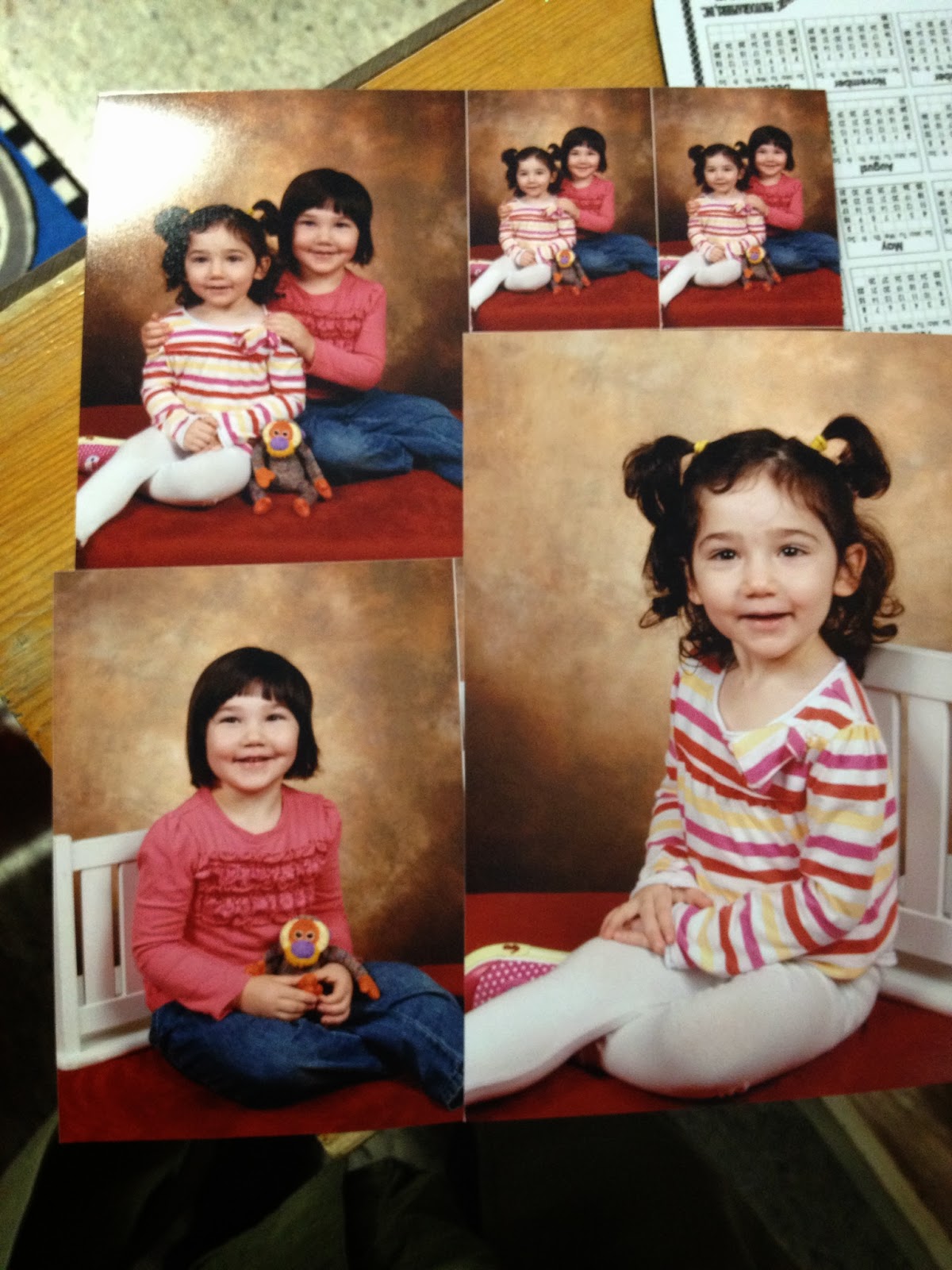 My favorite answer on today's quiz: 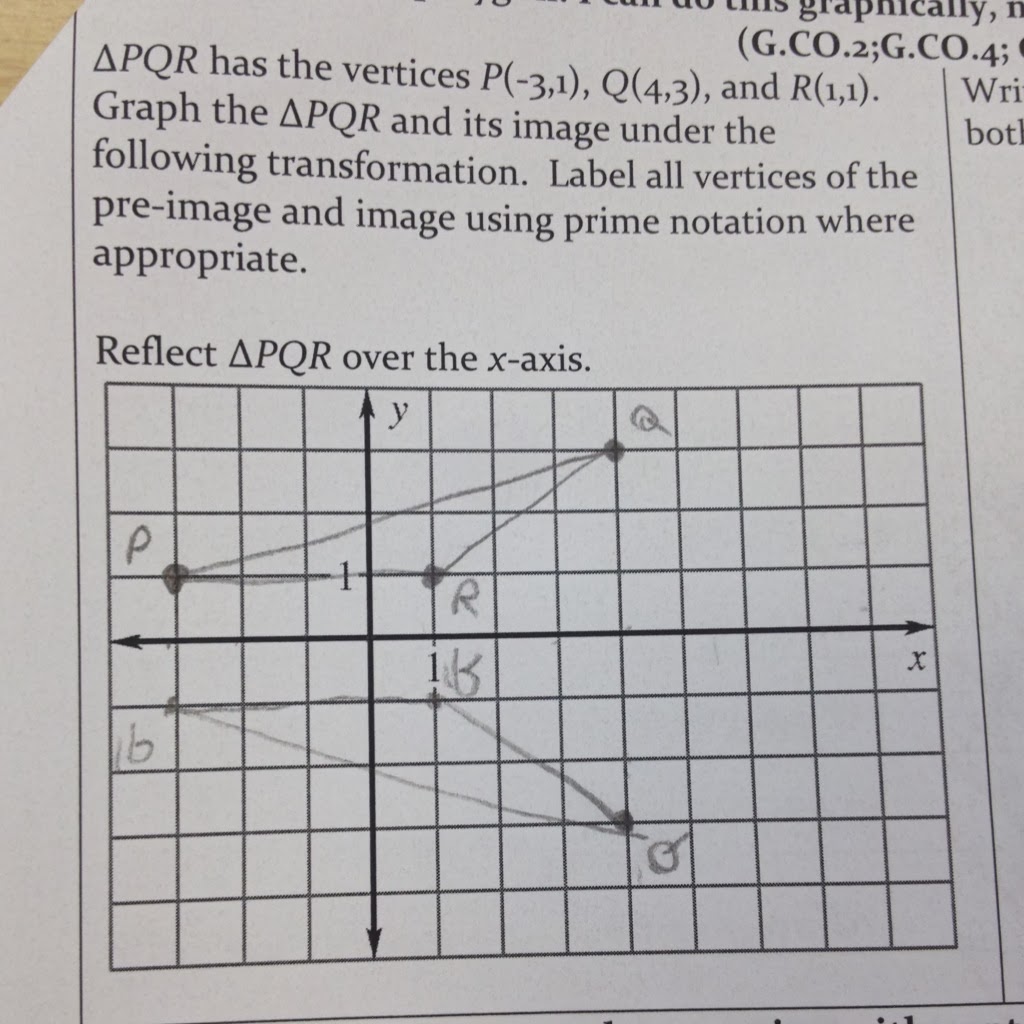 I don't often reflect on previous days, but something happened yesterday that made me think.  A student who had been out on Game Day returned to school and the following conversation ensued:

I don't know how I feel about this.

On one hand, I want him to recognize that it WASN'T a free day.  What we were doing was directed play with a specific purpose.  I want him to tell his friend about the amazing games that he played and all of the cool things he did.

On the other, part of the purpose of Game Day was to covertly teach students logic and reasoning.  He was learning all of those things and I don't know if I care that he knew it.

I'm torn, but it still rankles.
Email ThisBlogThis!Share to TwitterShare to FacebookShare to Pinterest