Posted by Justin at 4:15 PM
After my disastrous picture yesterday, I had to really up my game.  So I did this: 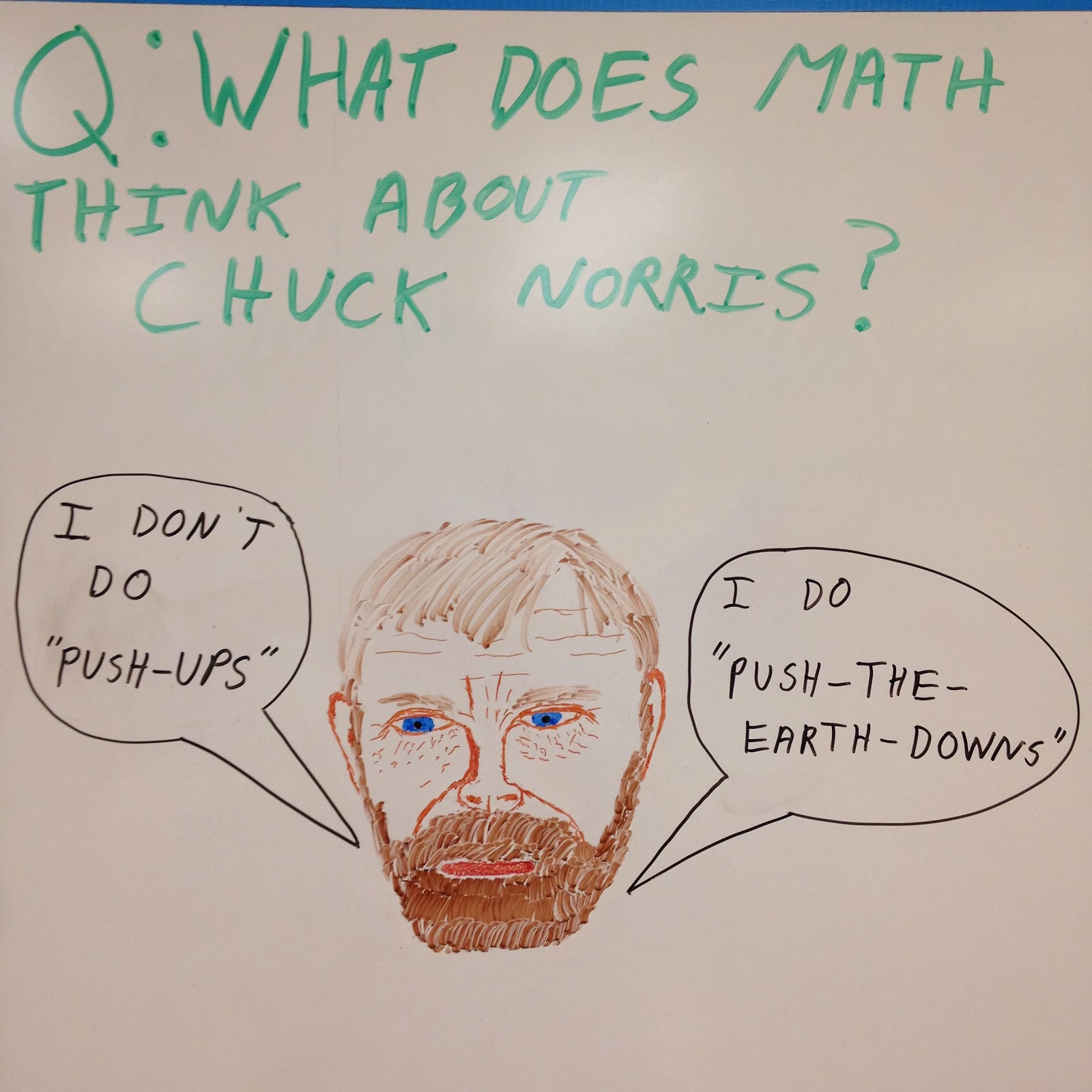 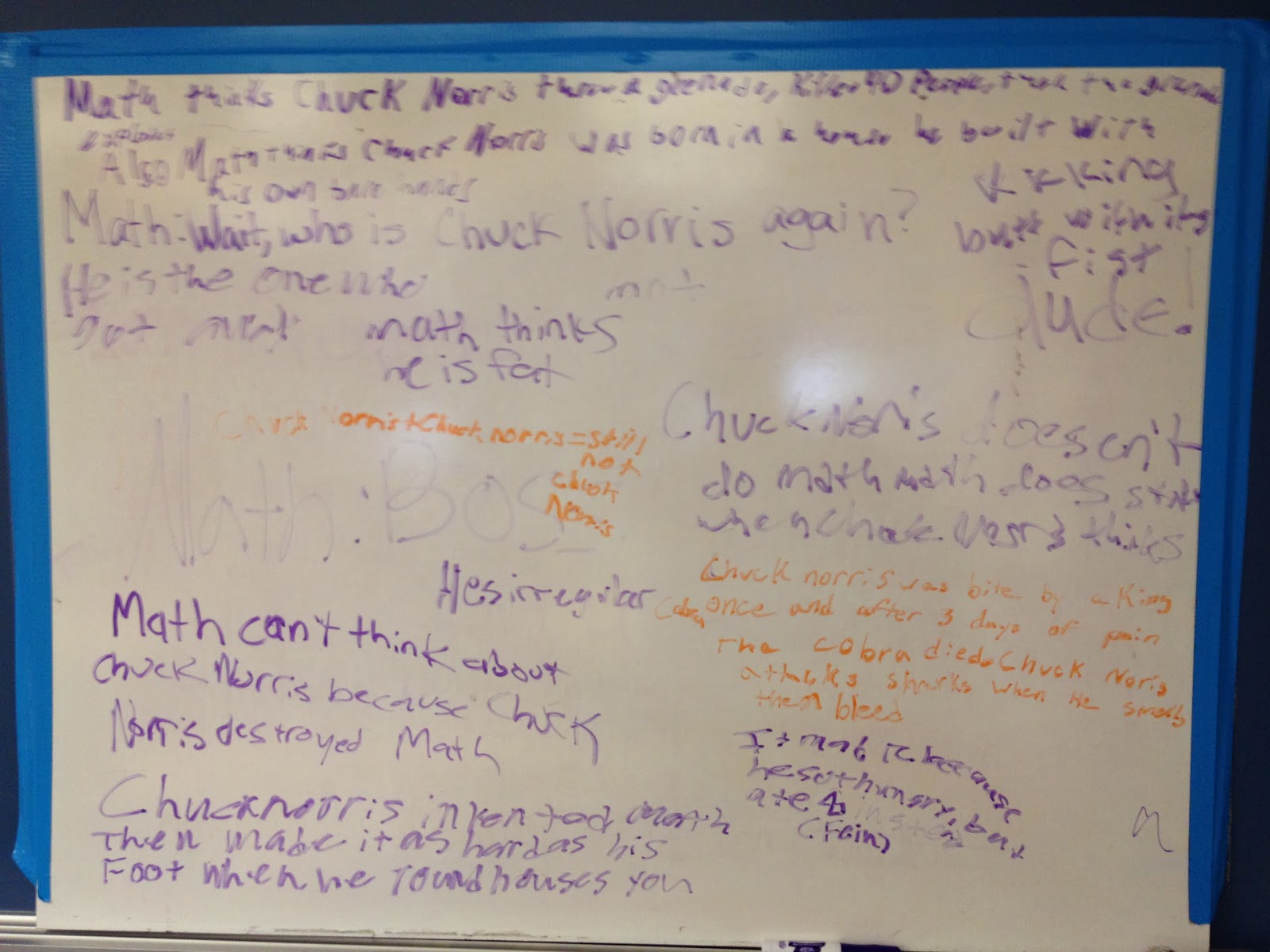 If you have better ones, please add them in the comments!

After I received my copy of Chocolate Fix, and read a blog post about using it to teach congruent triangles, I decided I wanted to do it in class.

So I spend the morning making a basic Promethean flipchart with a board, pieces and clues for 7 puzzles of increasing difficulty.  After I explained the basic rules, we went over the first puzzle together.  In geometry, I had them work the rest individually or with their groups.  After it seemed like most of the groups were done, I had them tell me where to place 1 piece along with their reasoning of WHY that piece went where they put it. 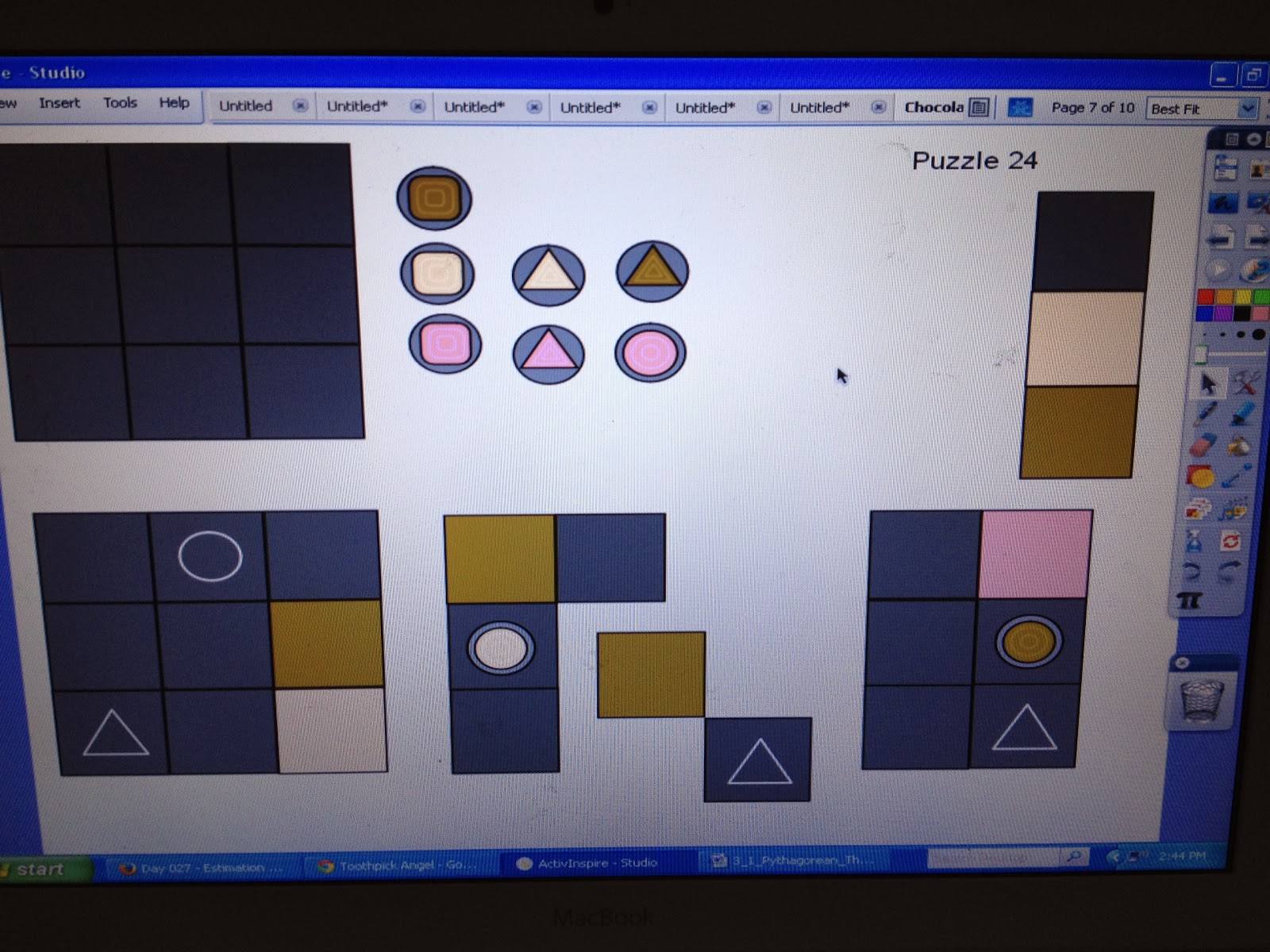 My most frequent question today was "How do you know that it goes here and not here?"  They did an amazing job of explaining their reasons, using conditional statements.

"If we put this piece in the top, then the pink triangle will overlap with the square and that can't happen." 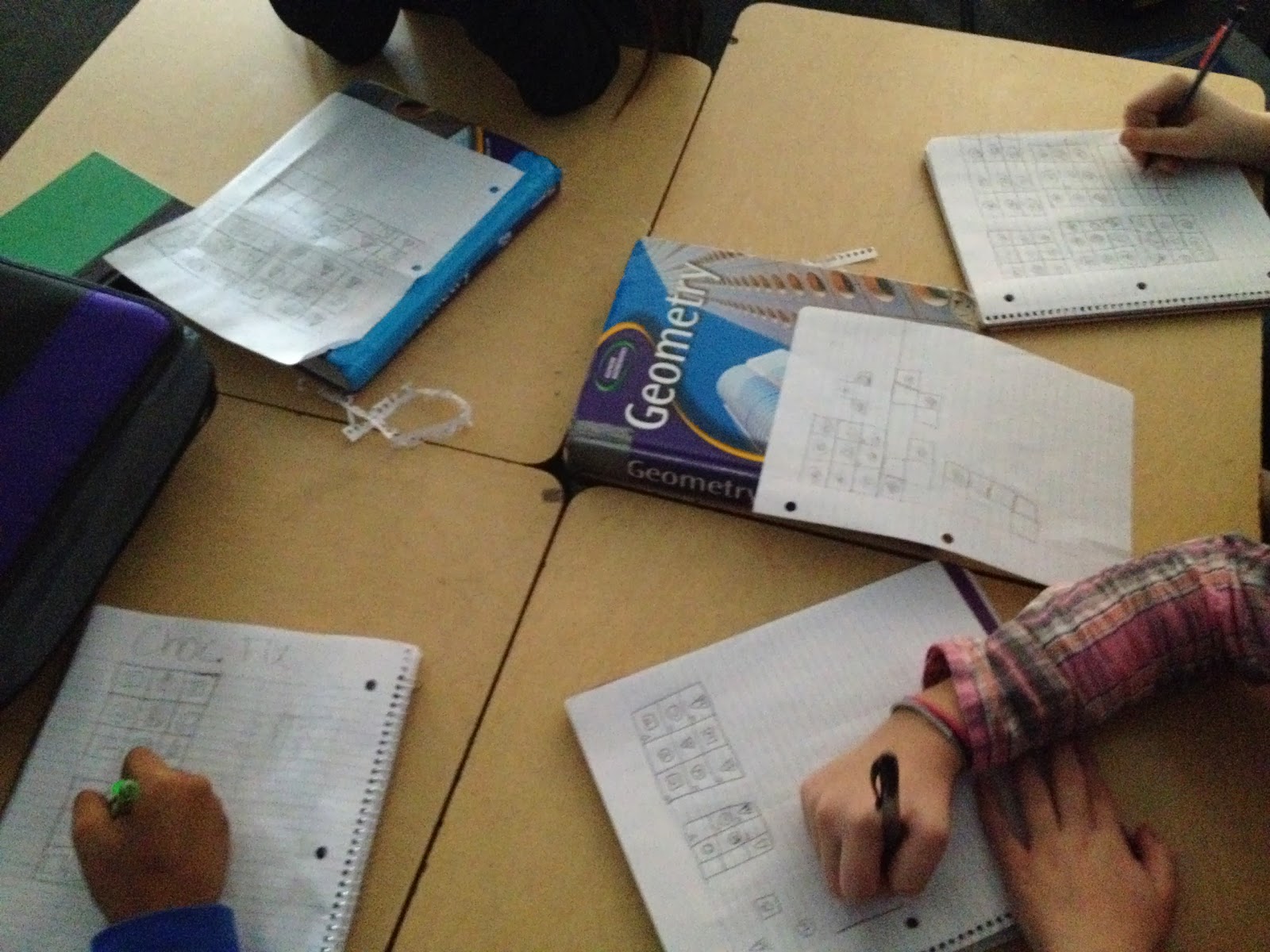 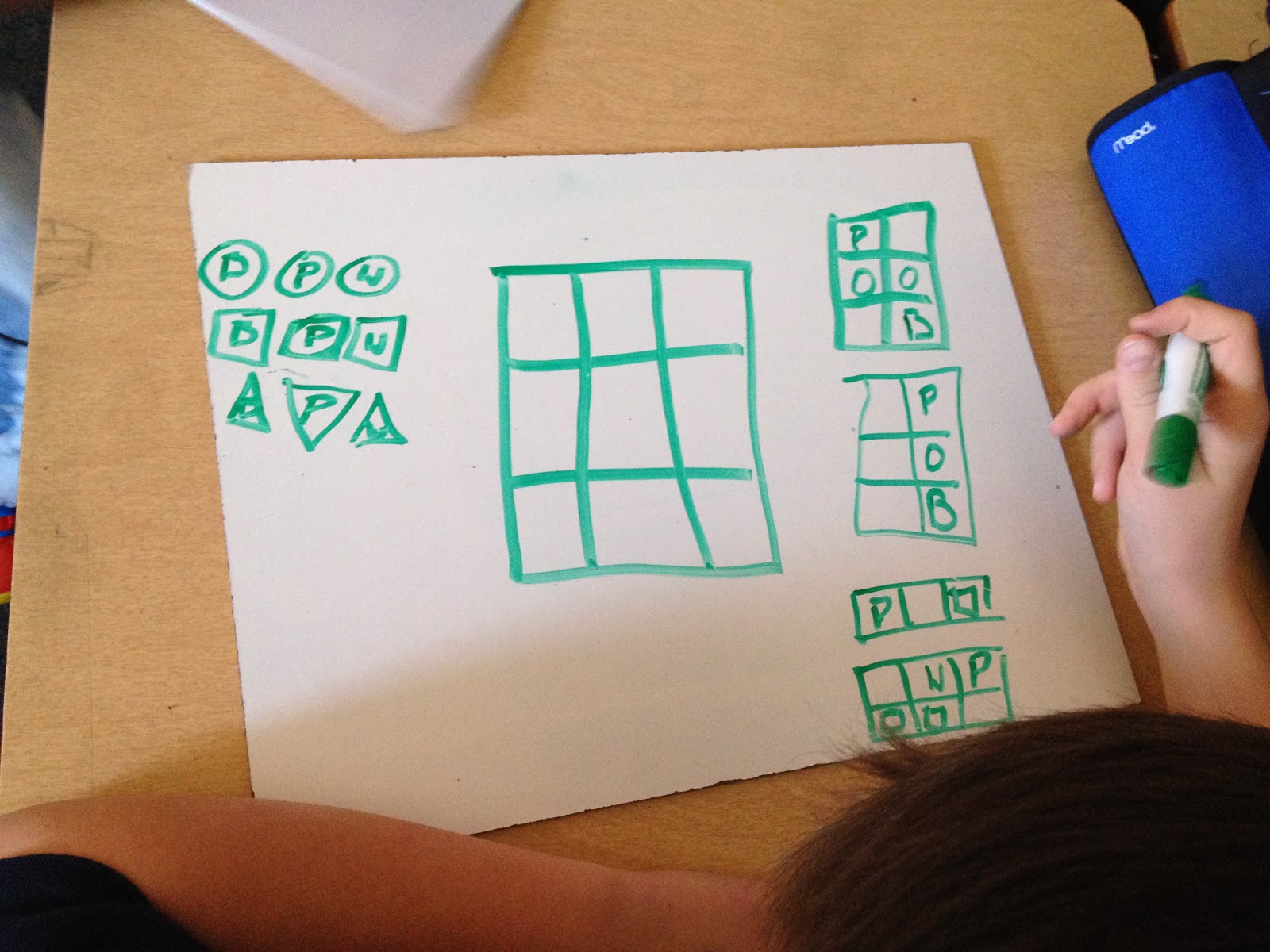 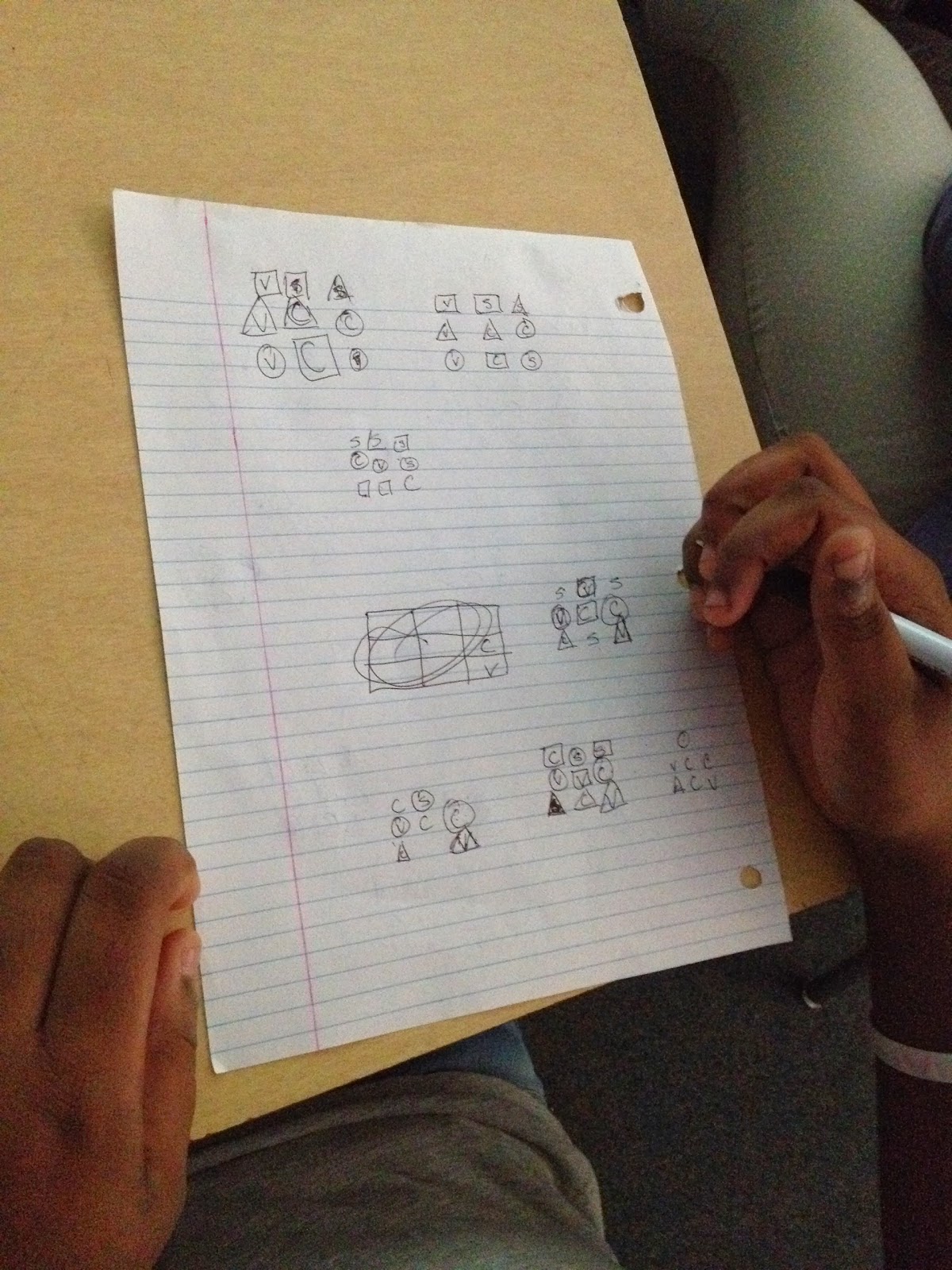 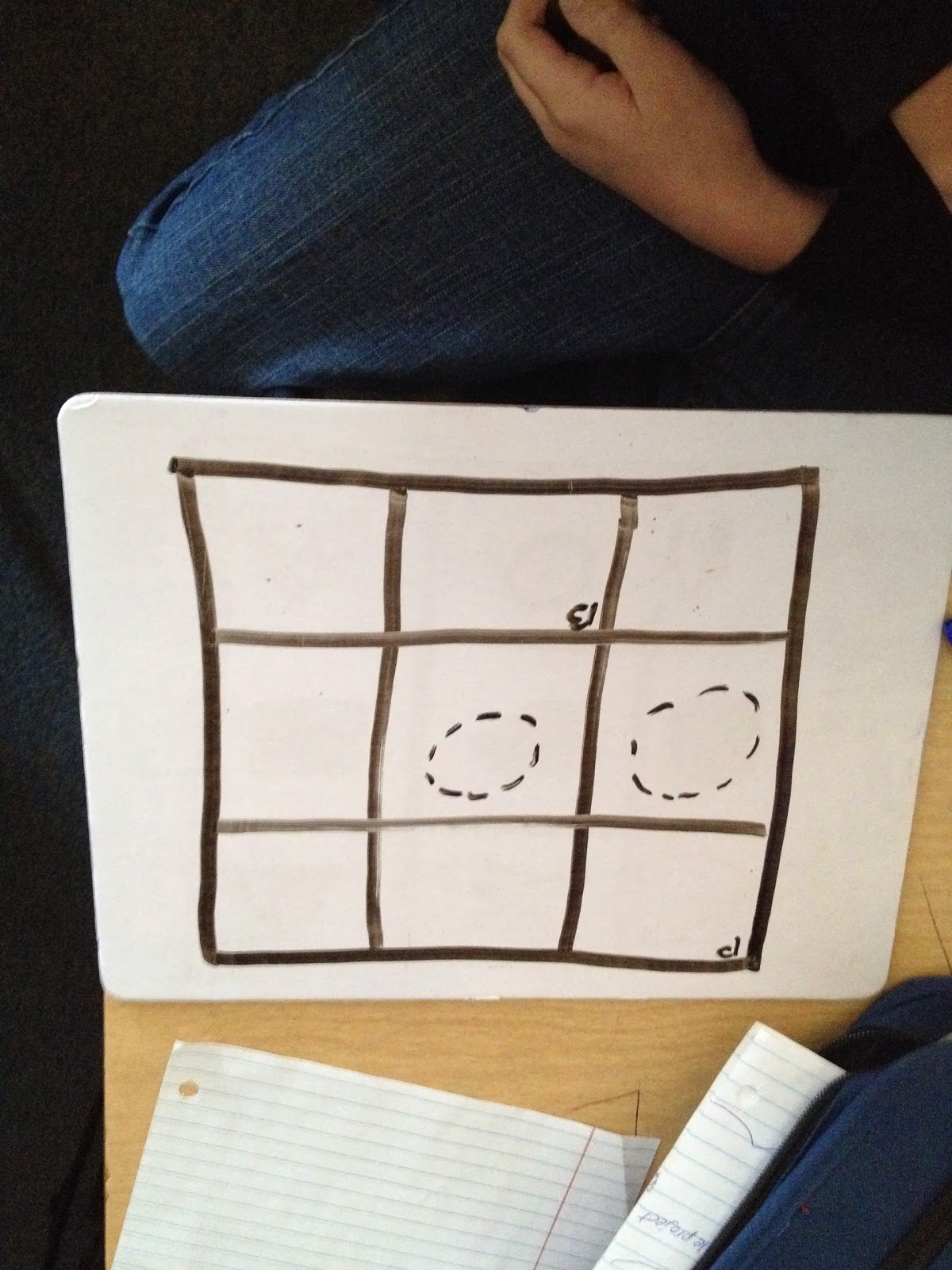 We made it through all of the puzzles and had a little bit of time to talk about Mr. Vaudrey's Mullet Lesson and Mr. Kraft's Toothpicks.  They were VERY excited and claimed that they would be the class to help put me on the map of math ed bloggers.  I'm touched that they want to help me!


We did the same activity in pre-algebra with anticipated results.  After a slow start, the kids got REALLY into it, working on white boards, paper and, one group with the physical board.  They were hunched over the board, arguing animatedly about which piece went where. 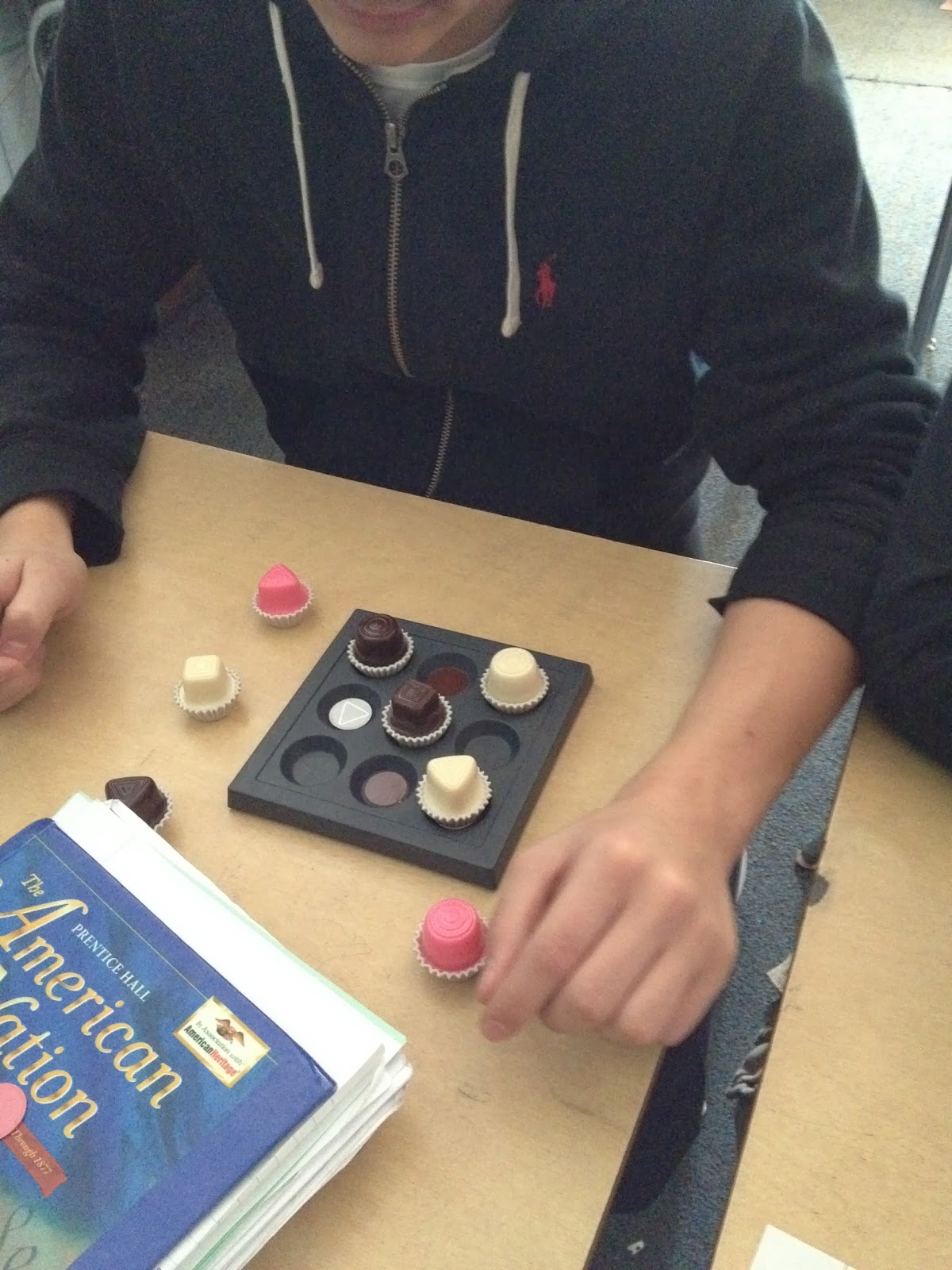 Their attention waned fairly quickly when the puzzles got harder, however, because, as I've stated before, the main problem that the students in this class have is their lack of persistence.  If they don't get something solved in 20 seconds, they give up.  With the intermediate level puzzles, they stuck with them until they were solved: 8-10 minutes.  With the advanced, they gave up after 3 and they only glanced at the expert before quitting. 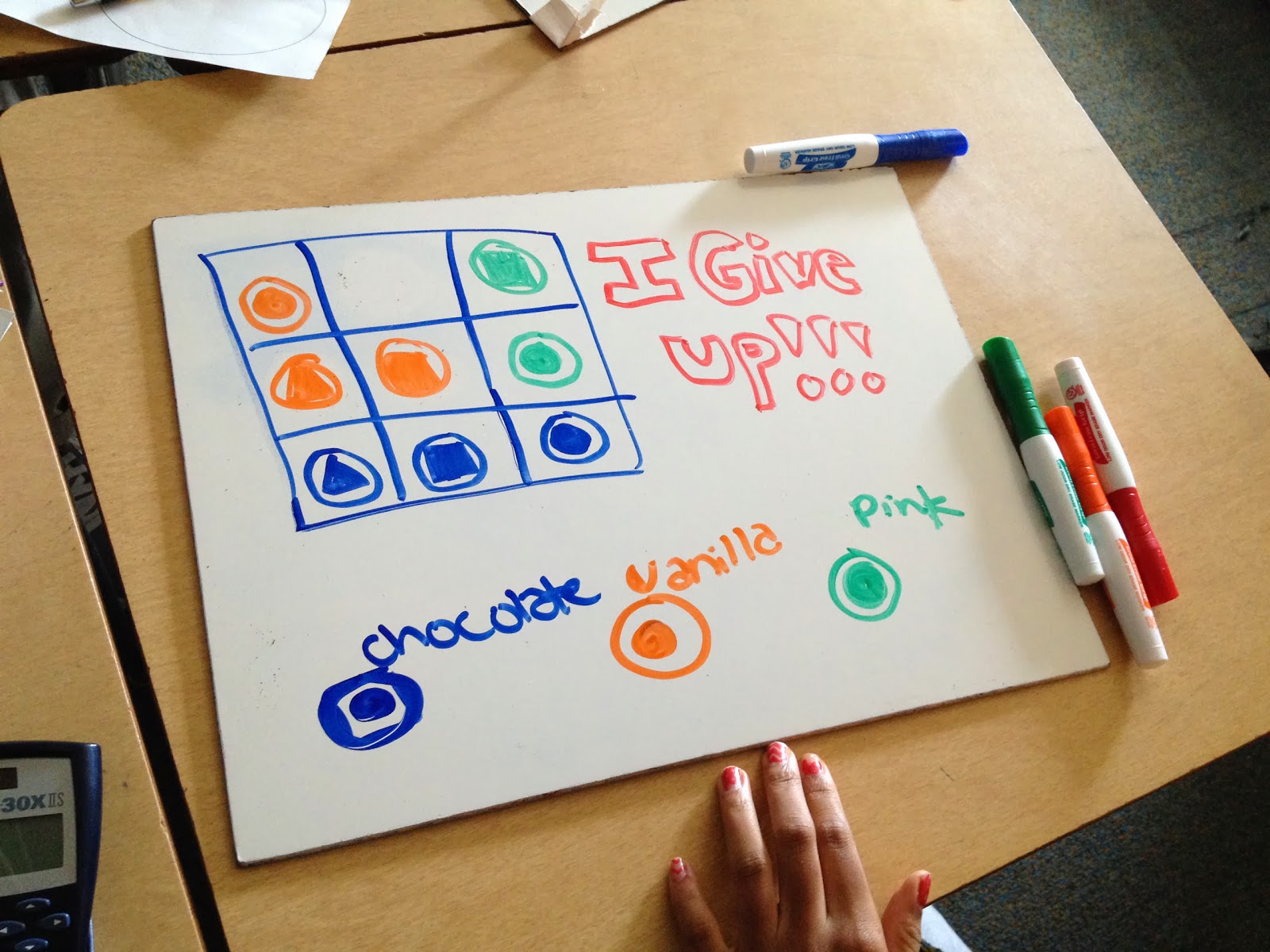 Lesson for the next time I do this activity:  Have several clue pages already printed out for kids who finish a puzzle early.


In between classes, I spent 45 minutes reordering objects on my Promethean Board so that colored objects and shapes would always be on top when we slid clues around.

I know how to use my time wisely!

In the second class, the kids were MUCH more interested and engaged and lasted all the way through, asking if they could play with the pieces on the board.  This type of activity was CLEARLY up their alley!


I am VERY ready for this weekend.  Today was a good day, but this was a VERY long and trying week.
Email ThisBlogThis!Share to TwitterShare to FacebookShare to Pinterest