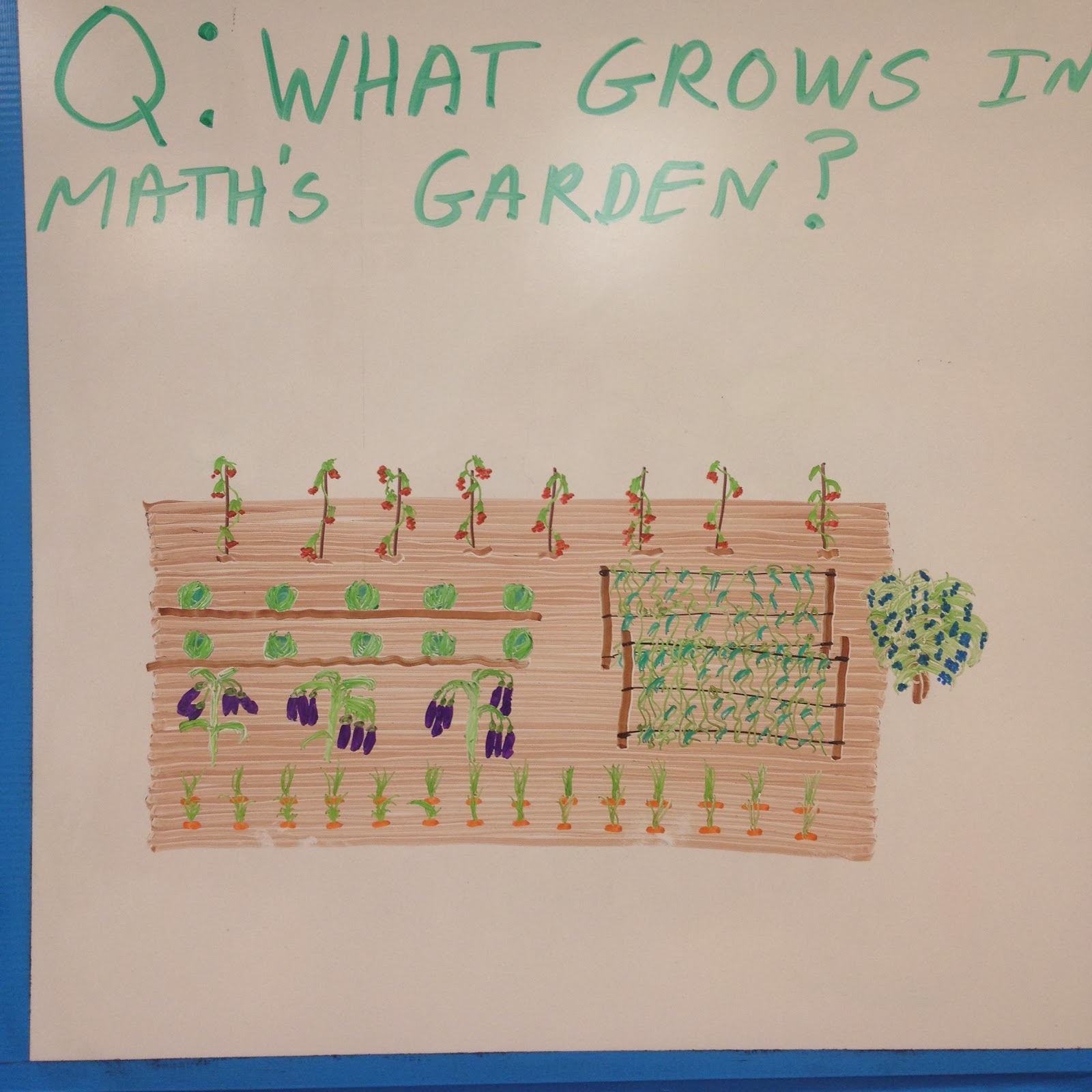 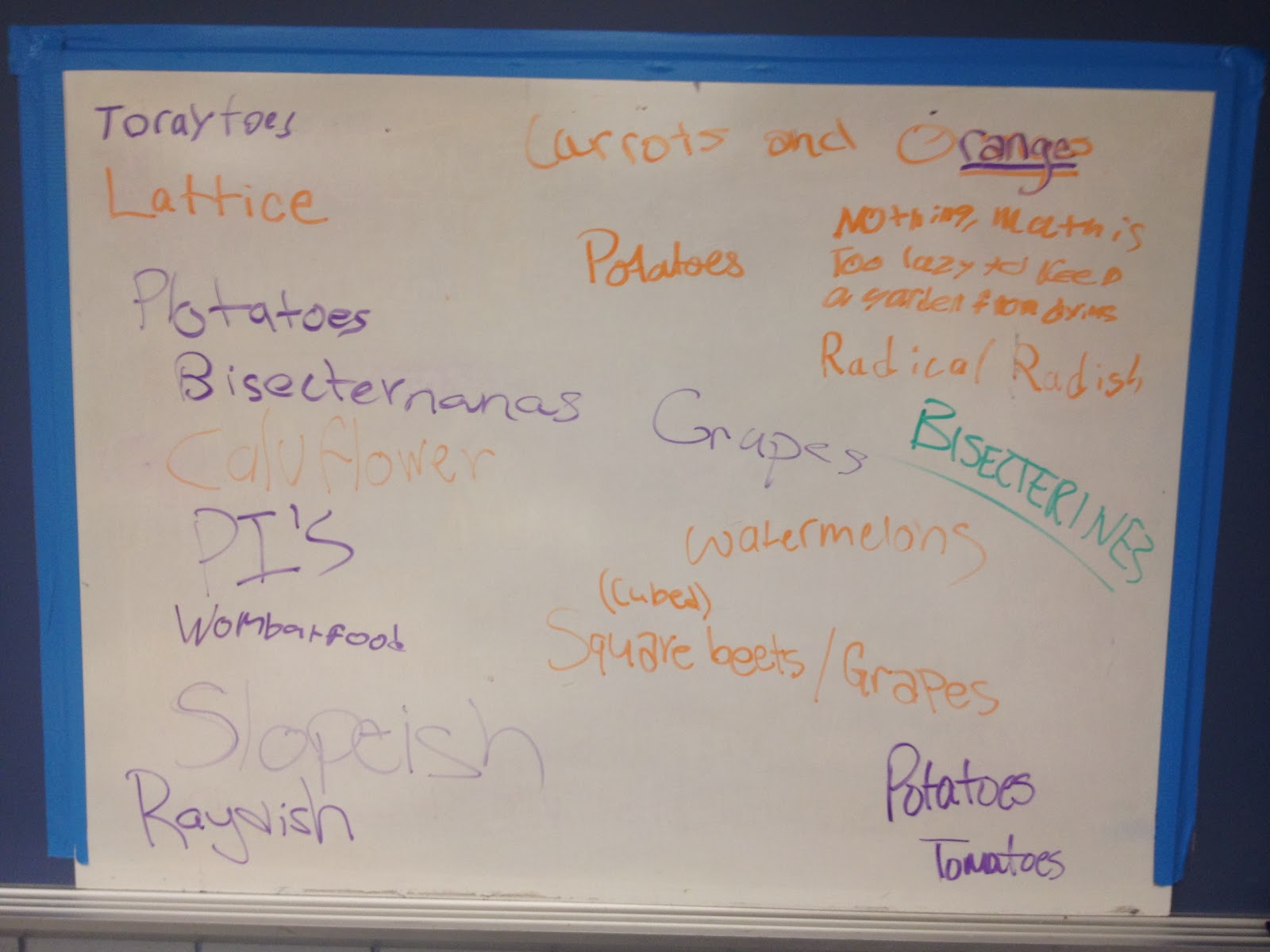 In grading quizzes and make-up work over the weekend, I came to a few interesting conclusions.
I need to get them talking about, and writing about, math more often than they are.  Not just math, but anything!  When they were asked to produce explanations, I received broken sentences, fragments, or just plain incoherence.

When asked "Why do you think Ponzi schemes are illegal?" I received answers very similar to:

Because you would no get anything well beside the people that send it to you or that you sent to them.

Grammar aside, it still leaves me asking "Ok, but then why is it illegal?"

The whole situation makes me very uncomfortable.  If the students know the skills, great, but it's all for nothing if they can't convey those ideas.

It also came to light that the majority of my pre-algebra students have failing grades.  Most of this is due to assignments simply not being turned in.  I gave out progress reports today that detailed everything they have or have not completed and I think it was a wake-up call to many.

I suppose many of them thought that active participation in class would be enough, but it's clearly not.  I'm once again reminded how dissatisfied I am with the current grading system.  I wish I had Standards Based Grading set-up for the pre-algebra kids.  I know what my goal is for winter break...


When the progress reports were handed out, an outcry went up.  I explained that my goal in giving them wasn't to get the kids in trouble, but to help the see what they still needed to turn in.  I then gave them the period to work on those assignments.

The amount of effort that was put into making up work during today's classes was equal to the total amount of effort put forth in the past 6 weeks.  I was GREATLY impressed with them and learned a valuable lesson for myself.

With the second pre-algebra class, this didn't happen.  Even given a list of assignments that they owed, they made the decision not to work on them.  The average in that class is much higher than the previous class, so it's possible that the grades were not low enough to shock them into action, as happened in the first section.

With the pre-algebra kids, I need to be giving them more updates on a more frequent basis.  I hate holding grades over their heads, but if that's what it takes to get them to work...

I was having a discussion with one of my coworkers about the skills that are so vital to success, but are never tested.  He was as lost as I am about how to teach perseverance, problem solving and literacy when it seems as though so much is stacked against us and the students.

I feel as though I never know which questions to ask them to get the answers I want.  I want to be leading down the path instead of pushing, but they are either unwilling or unable to follow.

I want THEM to be leading ME, but I don't know how to instill the curiosity that would help them drive forward without being led.

I think that I'm doing so well.  Then I give an assessment, or update the grades, and I am filled with despair.  Since my mid-day class doubled in size, the grades, effort and behavior have taken a nose dive.  I know that there will be a period of adjustment, but I'm starting to lose hope.  I don't feel as though I can possibly give these kids the attention they need.  The district has decided that, since this class is mostly composed of "students of need" that the pre-algebra classes are supposed to be small.  Before a month ago, the largest in the school was 20.

Now, instead of 3 classes that were working towards a state of proficiency that was acceptable, there are 2 classes struggling to keep their heads above water.

Before a month ago, my two pre-algebra classes were keeping pace with each other.  This is no longer the case.  Not by a long shot.

Without a higher level of perseverance and adherence to tasks, I can't give attention to the students who need it the most.

But I will continue to try.  I can't and won't give up on them.


I just wish they wouldn't give up on themselves so easily.

I didn't write all of this to start a pity party.  I'm just venting some of my frustration, verbalizing some of the problem so that, hopefully, I can work on a solution.  I found myself tossing stacks of papers in the trash today, looking at lessons that I thought were going to go so well, only to have them blow up in my face.

I hate letting the kids see my frustration, but as the year goes on and I'm not seeing the progress I was hoping for, it's getting harder.  I know that it's not productive and that I have to keep pushing forward, but my energy is waning.

Today was a day to be disheartened.  I'll try again tomorrow.

Also, I've apparently become someone who takes pictures with hats... 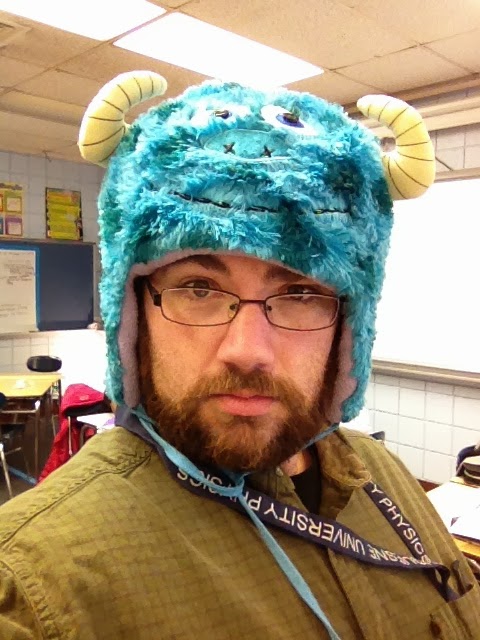 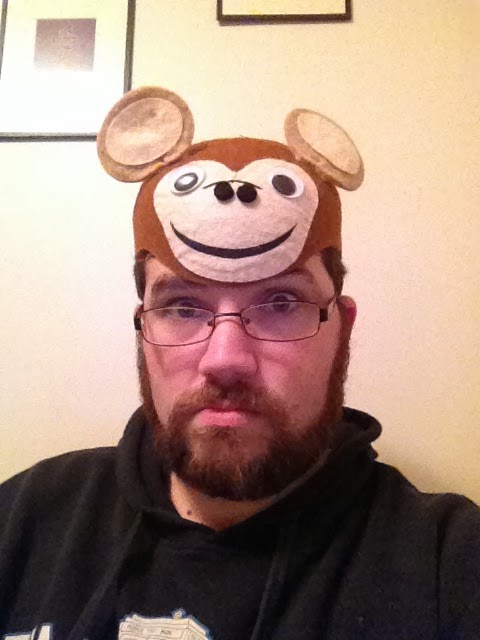 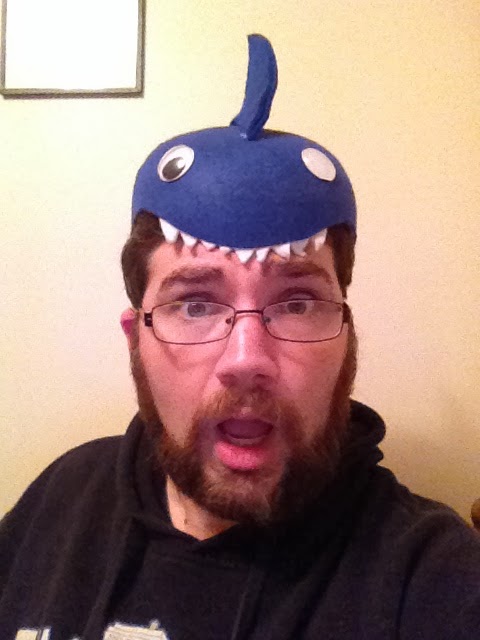 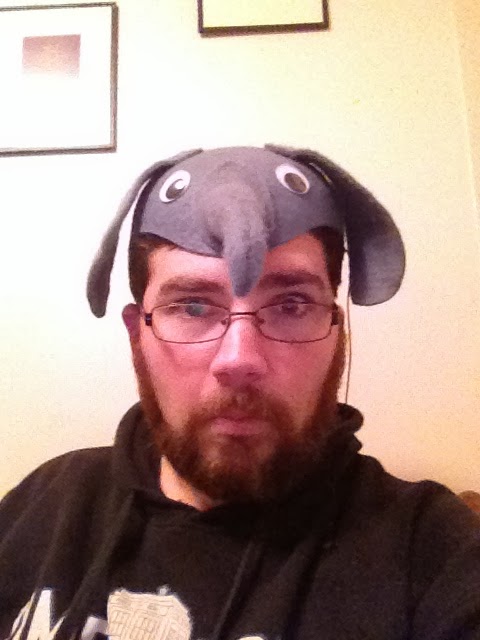 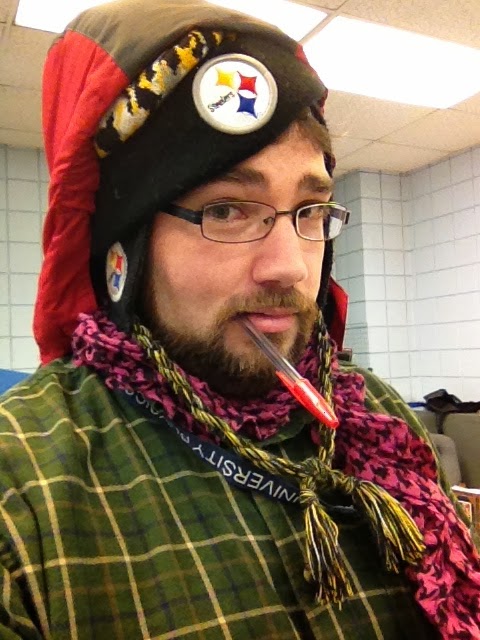 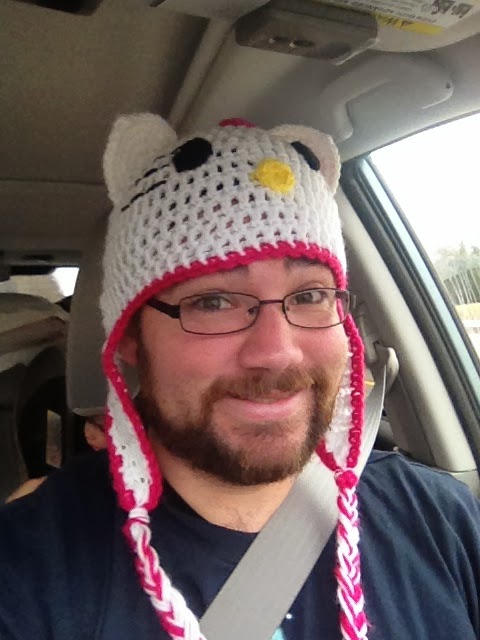 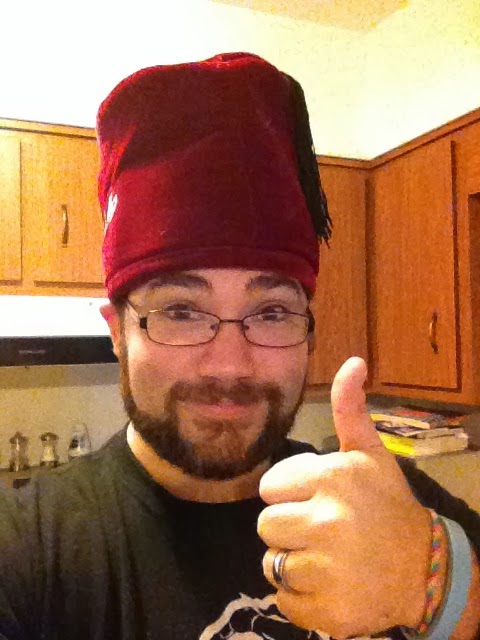 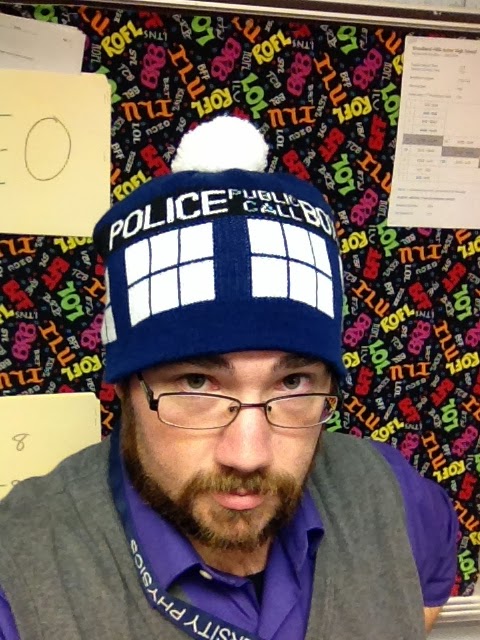