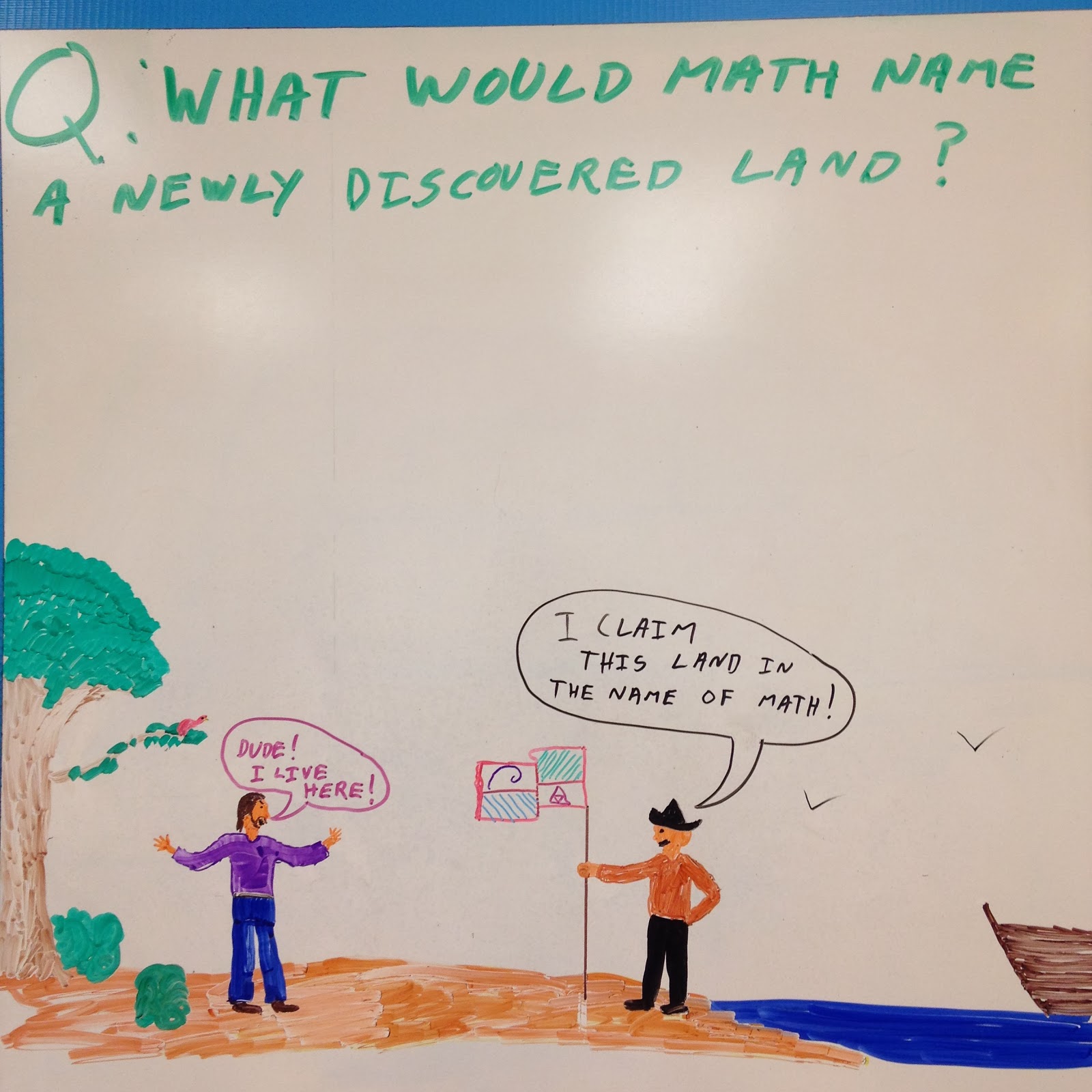 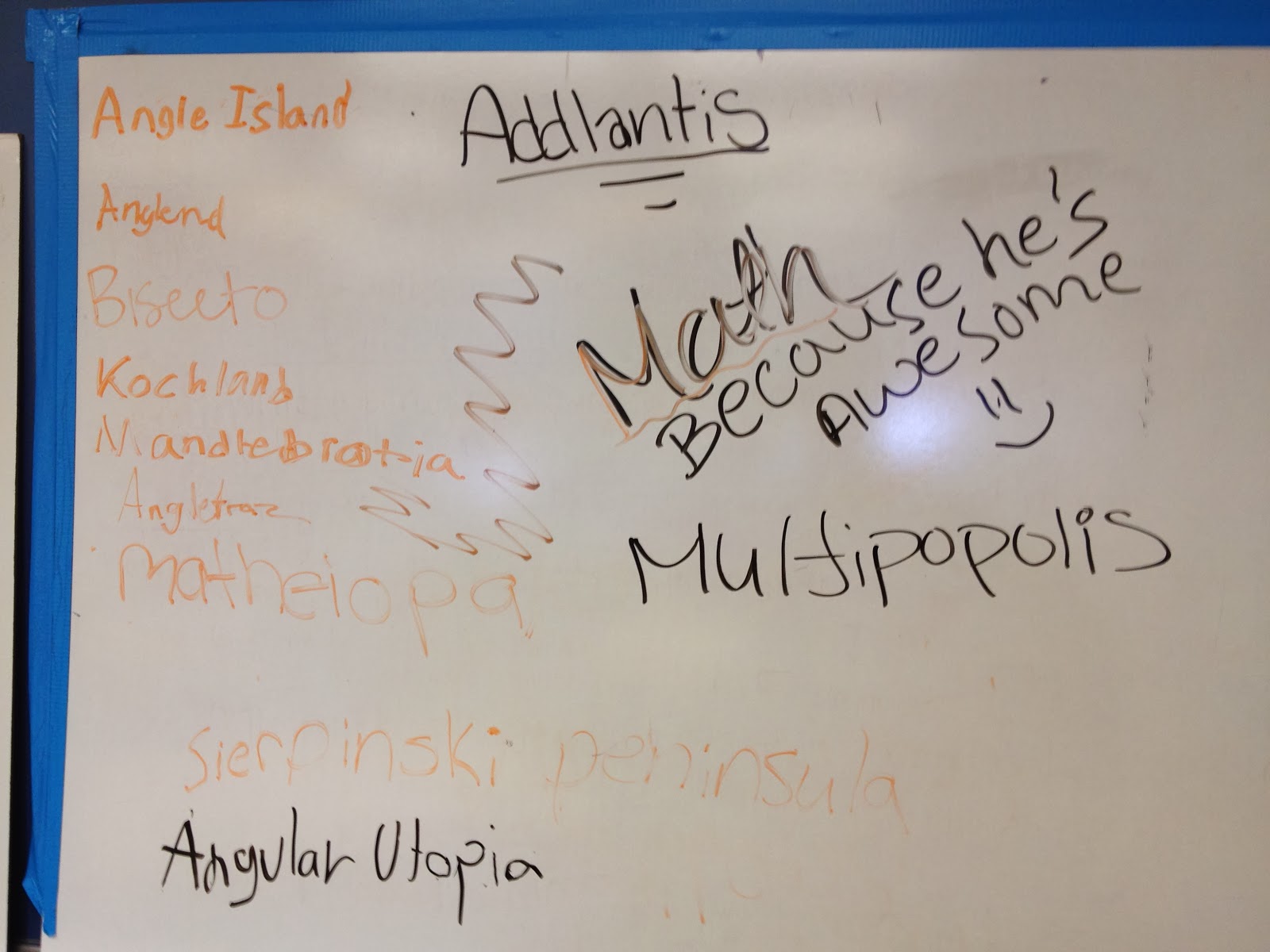 Fewer things make me happier than infecting my students with my excitement.  My major excitement for this week was the premier of Cosmos: A Spacetime Odyssey hosted by my hardcore man-crush, Dr. Neil deGrasse Tyson!  Due to television concerns and time constraints, I had not been able to watch it.

So I watched it with the geometry class.  We had to watch it on Hulu, so there were commercials, but there was dead silence during the show itself.  They were riveted!  Except, of course, for the three kids who tune out no matter what activity we do.

This is where I would normally go off about the "unreachables" but I'm too pumped.  Maybe another day.

We had an excellent discussion afterwards and I'm hoping that we can watch each new episode together, fostering a months long discussion of the nature of reality.

I also decided that if my pre-algebra kids weren't going to do the practice that I asked of them, and they weren't going to pay attention when I went over new concepts, at least I would enjoy myself.

So we went outside!  It's one thing to talk about authentic experience and another entirely to help students have one.

We've been talking about ratios and proportions and last night's homework was several problems dealing with indirect measurement.  After we went over a few of them, I took the kids outside into the beautiful weather and had them measure their height, the length of their shadow and the lengths of the shadows of three random objects.  After staying outside as long as I could justify, we talked about how the movement of the sun affected the lengths of shadows and then headed back in.

Once inside, I had students draw diagrams to represent the objects they measured and show the calculations for determining the heights of objects that they chose. 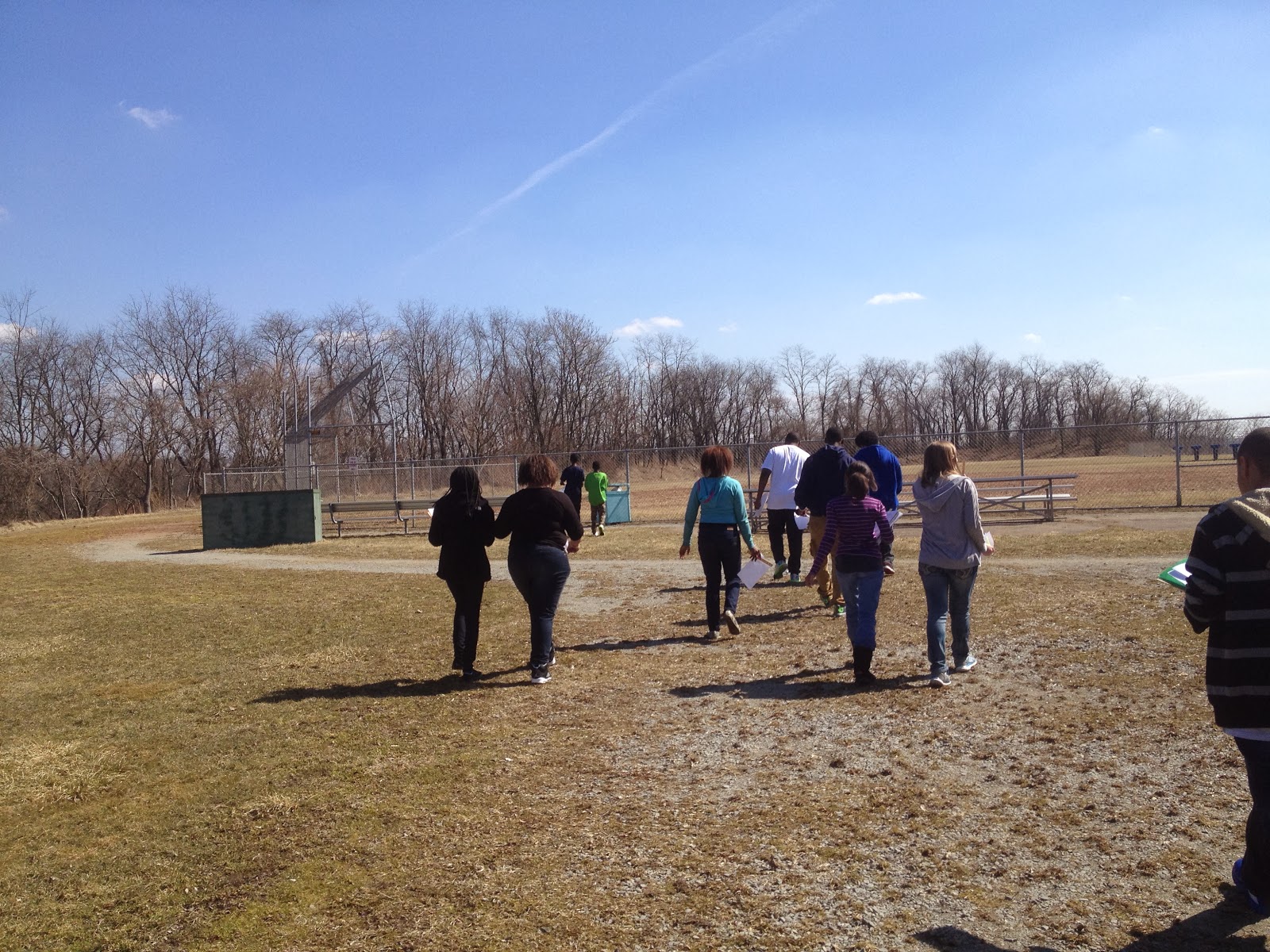 In retrospect, I think I could have provided a little more guidance in terms of what I wanted them to hand in or display, but overall, it was a fun activity and got us outside into the fresh air for a bit.  Not everyone did what I asked them to do, obviously, but I was very pleased with the ones who did and I made a point to tell them so.

I plan to ask around and see how the behavior of my kids after that trip was changed.  I have this crazy theory that if kids are allowed to relax a bit, blow off a little bit of steam, then they will be more relaxed and willing to work in their other classes.

In the second class, it was amazingly hard to come back inside.  The gorgeous weather just sapped my energy and I wanted to lay down in the parking lot and take a nap...
Email ThisBlogThis!Share to TwitterShare to FacebookShare to Pinterest