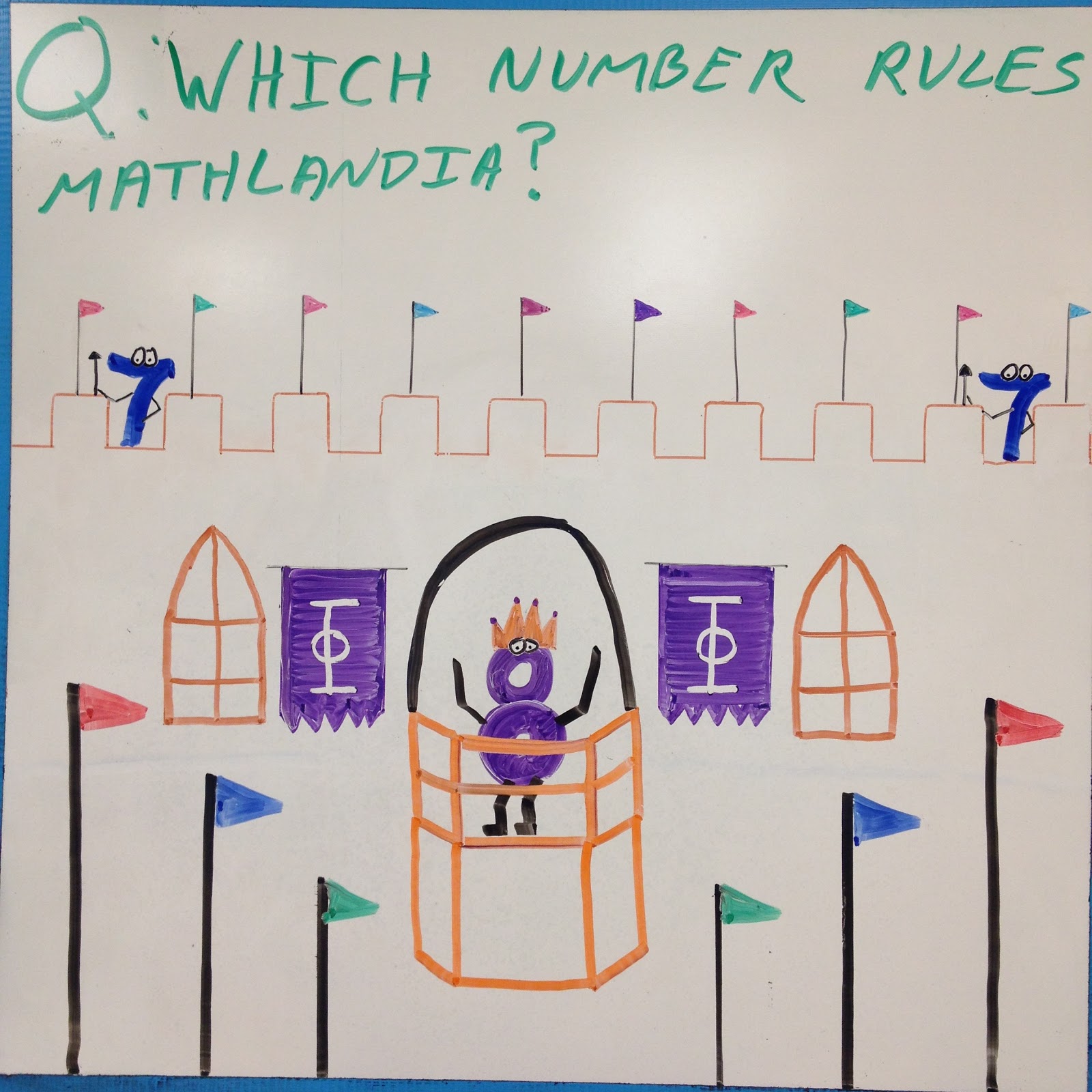 Half of my geometry class was out all day for a field trip that was scheduled before the state changed the testing window.  The ones who remained almost came to blows about which move they should make in 2048.

It's truly a challenge to explain to students why they should put maximum effort into a test that doesn't determine their grade or future class placement. In theory, the PSSA is used as a factor to determine which students are ready for the next level of math or English, but ultimately it's up to grades and teacher recommendation.

Last year, we didn't get the PSSA scores back until after the new school year had already started.  A local middle school principal wrote an article for the Pittsburgh Post-Gazette that stated his opinion that we need to do away with these tests.  This year, we were required, for test security apparently, to remove all decorations from the walls.  This included motivational posters and examples of student work.

The image that pops into my mind is one of three guys in camouflage with binoculars sitting behind a bush and watching the school.  The first guy giggles and says something like "Oh man! They actually did it! They actually took down that post of the cat hanging on the tree branch so that no one would cheat!"

"This is just too easy! What should we do next?" asks the second man.

"OH OH!!  I know!! Next year, we'll tell them that in order to keep students from being unduly influenced by the emotional effects of certain colors, anyone who doesn't wear a blue shirt will have their scores invalidated!" chimes in the third man.

"I love it!" declares the first. "Plus, all essays must be typed!  Like, on an actual typewriter!"

"Perfect!" says the second man, stifling a laugh. "I'll call it in to the Department of Education."

The preceding scene was brought to you by The Council For Incomprehensible Testing Requirements, all rights reserved. (Unless you're wearing a blue shirt.)

I will say that during this extended period of "active monitoring", I have been able to gain a foothold on my navel-gazing quota and I have come to an interesting conclusion:

I think that belly buttons are SUPER weird.  Seriously! They aren't tied off when we're born, just clamped shut.  Somehow, this hole to our insides manages to not ever open up again.  Your belly button is literally held together by it's own force of will!

With shortened periods after hours of testing, I didn't want to delve too deeply into new information with the pre-algebra classes, so we continued talking about percentage.

I absolutely hate having them do a worksheet covered in problems, but it does have it's uses, especially at the start of the chapter.  In this case, because of the amount of time spent on proportions and ratios, they were able to blow through 40 problems on converting fractions to percent and back again.  While this task is slightly mindless, it provided them with two vital things.

First, it gave them success.  We started with VERY easy problems and gradually worked on more complicated ones (still very easy)  Students who normally tune me out or complain about how hard problems are very VERY engaged.  It was low level engagement, but still engagement.  These successes will hopefully translate to them staying with me as we do more complex and interesting tasks.

Second, it gave them a glimpse of what my class is like WHEN they are engaged.  It has been a VERY long time for most of these students.  I'm not sure if it's the activity or the temporary testing setup for the desks back to rows for the week) but the disruptive students moved to the back and the rest moved up.  It worked very well.

Regardless of how good or bad the day was, I didn't end up with urine on my floor, which makes me better off than some teachers in my hallway.

I consider that a win!
Email ThisBlogThis!Share to TwitterShare to FacebookShare to Pinterest