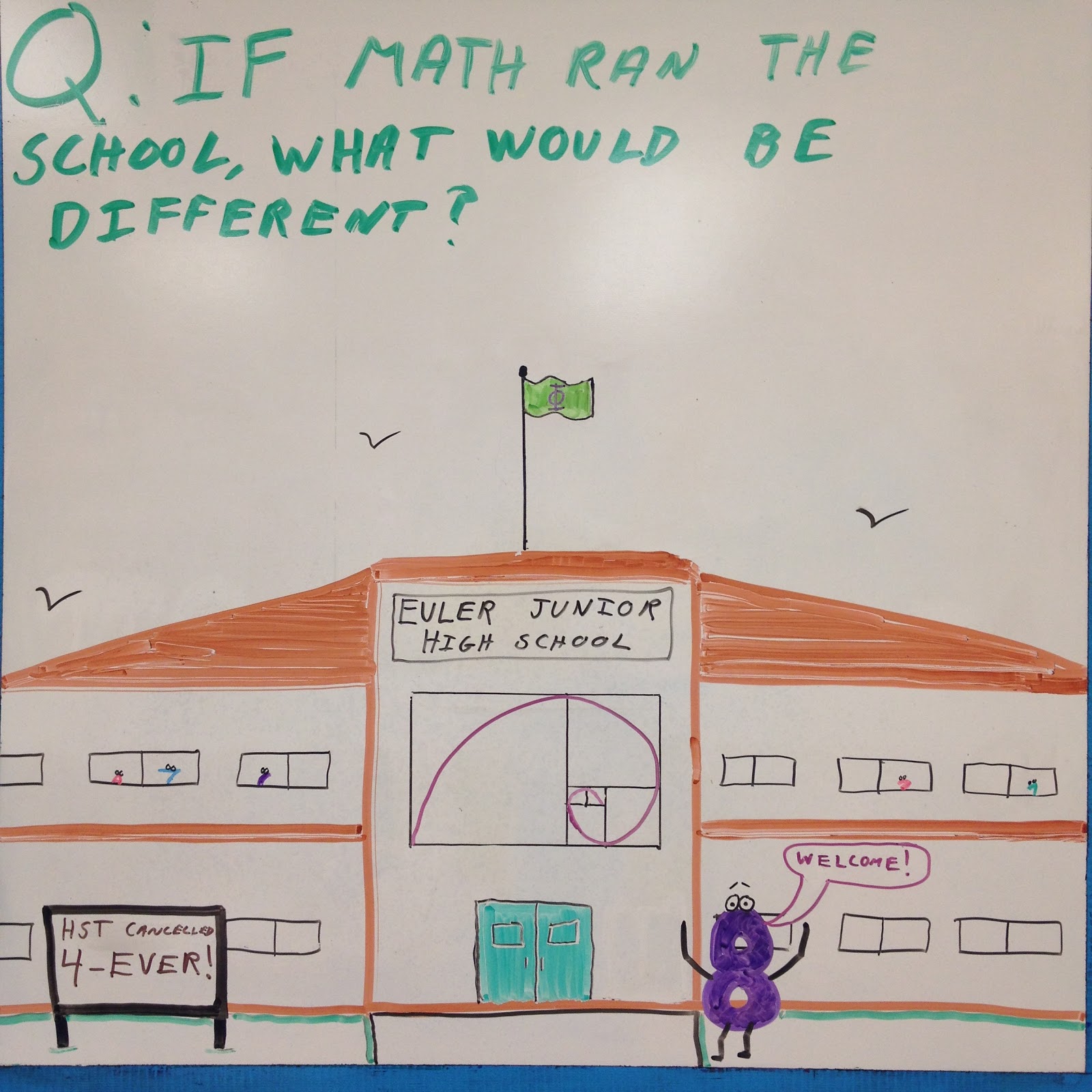 The Pennsylvania System of School Assessment is the state-mandated standardized test for public schools in Pennsylvania.  It may also be required at private and independent schools, but I'm not sure.

I have a very long rant in me about standardized tests in a public education system that puts increased pressure on teachers to provide differentiated instruction and assessments, and another about how the mathematics questions test calculation and not interpretation, critical thinking or problem solving, but those are for another time.  The only thing I WILL point out is that the PSSA is not an assessment of the students, but an assessment of the school.

So, over the next 4 days, our students will be taking the equivalent of 1.5 SATs and then going back to class to learn.

There is a reason why we do SATs on Saturdays and I don't think it's about scheduling around school.  After any test, students need time to decompress and unwind.  The SATs are SO major that we give them the rest of the weekend.

Due to this need to decompress, my classes this entire week are going to be low-stress, low-intensity.  That doesn't mean we'll be watching movies all week **cough cough social studies cough** but the assignments and activities are designed to be more of a mental cooldown after their mental sprints in the morning.

My geometry class was split between the beginning and end of the day, so we just talked about the PSSA during the first part and worked on their new guided note packets for the second part.  Content-related, but low entry, low engagement.

I gave my pre-algebra kids the Jack Problem.  Their letters, while perhaps not as eloquent or fluid as those written by the geometry students, were just as thorough and correct.  The discussion we had afterwards was VERY similar to the one I had with my geometry kids yesterday.  They agreed that the number line method was valid, but thought it was stupid.

"That's a dumb way to do the problem!" called out a student from the back of the room.
"So? The question asked us to find the error, not do the problem for him" came the reply from the other side.

Another group of 8th graders who are, apparently, more capable of doing math and reading and interpreting directions than an electronics engineer.

Here's a letter written by one of my geometry students. 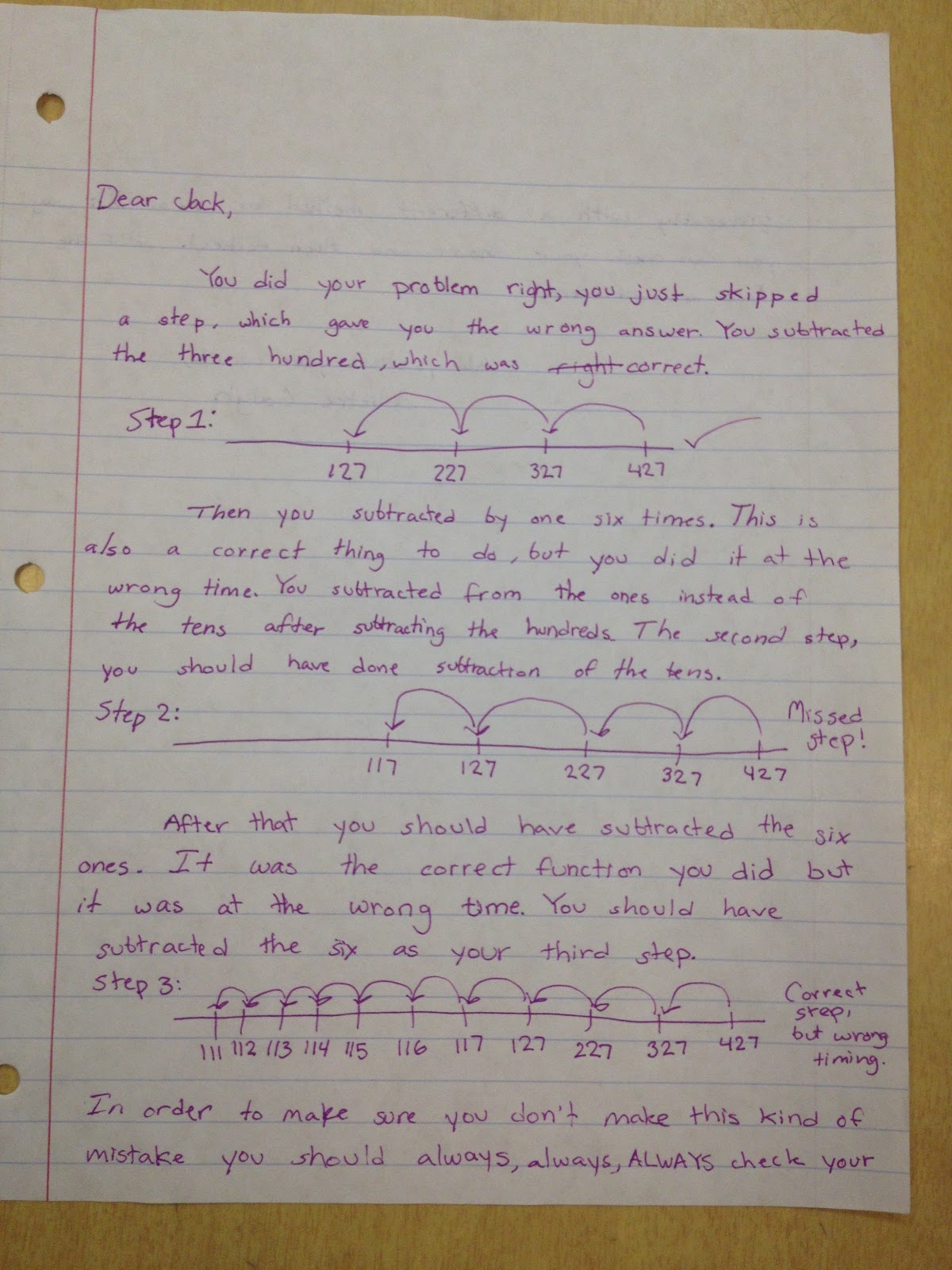 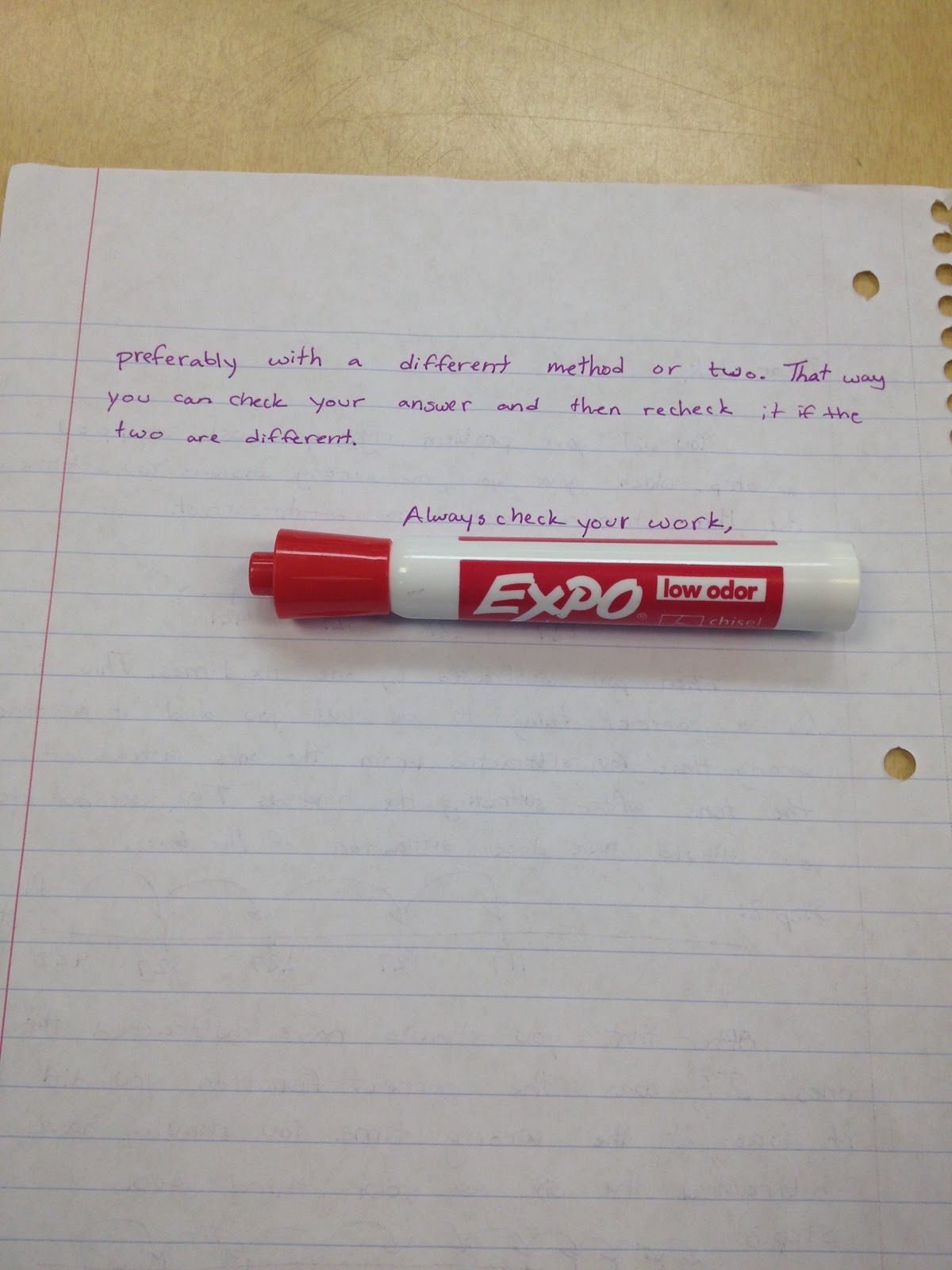 Then, at the start of period 8, the doorknob came off in my hand.
All in all, a good day!
Email ThisBlogThis!Share to TwitterShare to FacebookShare to Pinterest