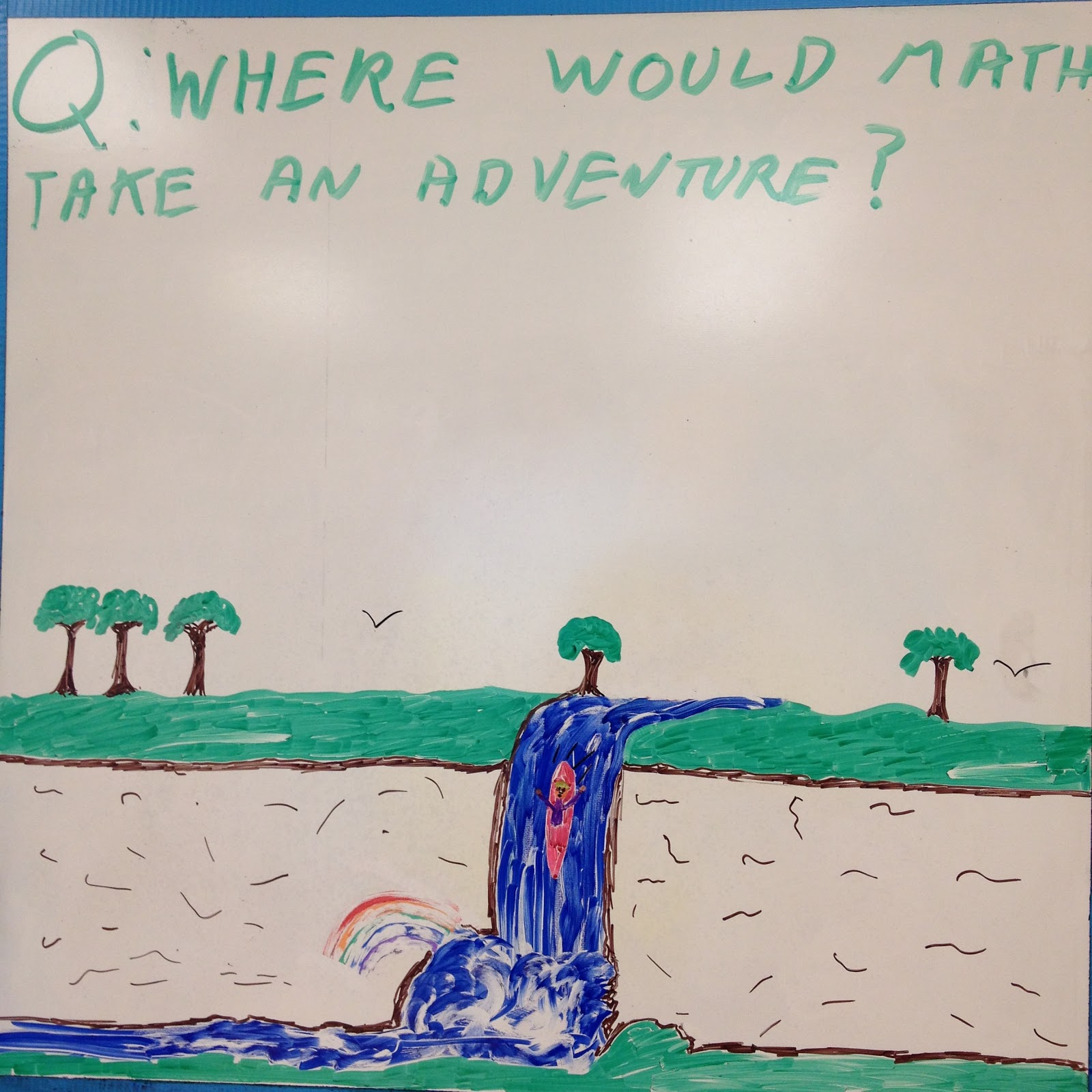 This weekend, I wrote an article about the Common Core nonsense that has been floating around.  It was surprisingly popular, so I thought I would try it out in class.

I had students work in pairs on this activity and they met my expectations and exceeded them.

The students all figured out the method that Jack was using to solve the problem, identified where he made his mistake and, with varying degrees of eloquence, wrote letters, many of which contained diagrams.

I did not prompt them in any way other than the above picture and the instruction "provide Jack with the kind of feedback that you would want from me."

After I collected their letters, we had a talked about it, discussing whether the method was valid one and, more importantly, whether it mattered.

Then I showed the original picture and read them the parent letter. 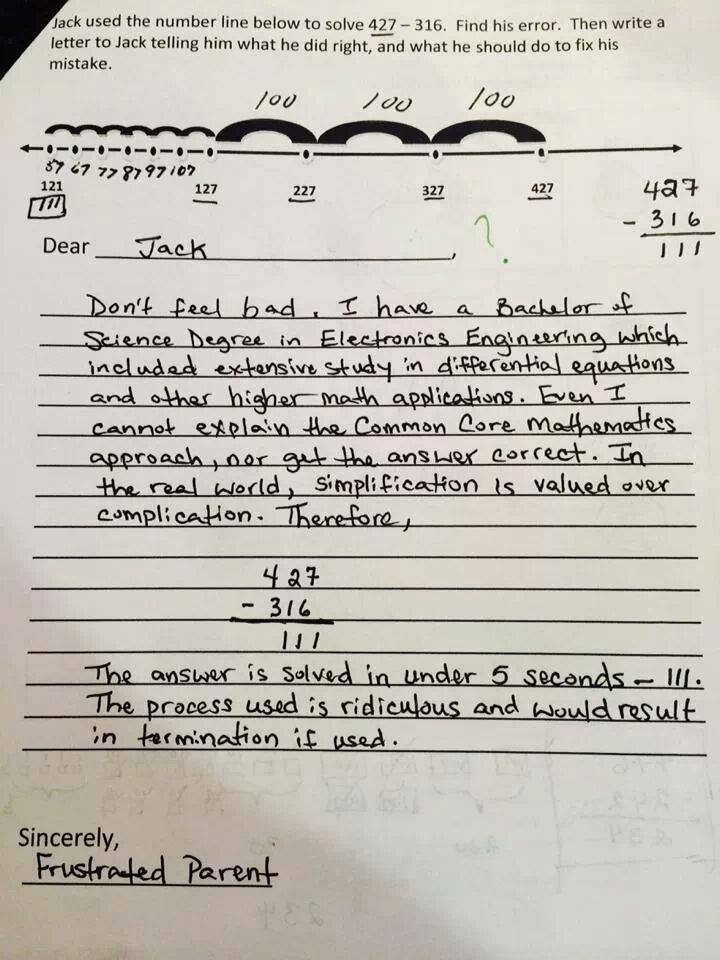 Then, again without prompting, I asked "Tell me you first impression of this letter."

The first three reactions were "That guy's an idiot. That wasn't hard to figure out what was happening."

The fourth student I asked gave me an amazing answer:

Full disclosure: None of the students in my geometry class have degrees in electronics engineering.

We did have an excellent discussion about place value and what it truly means to subtract.  They agreed that they saw the value and validity in using the number line, but were split about whether or not THEY would use it.

That's where it fell apart.  He got confused quickly, so we crowd-sourced it from the rest of the class.  We put it on the board and they wanted to use the column approach.  If you want to know exactly how it went, almost verbatim, check out this video from Christopher Danielson's write-up about this task.


I even went so far as to ask what grade level they felt this was an appropriate task for.  The class consensus was 2nd or 3rd grade, but they felt that the letters wouldn't be so well written. Their optional homework tonight was to read the parent letter again, react to it and respond to it.

This was another good discussion that I've had with them about numeracy and the basis of their mathematical knowledge.

Then pre-algebra took their chapter 4 test, in partners.  It was 20 questions, 18 multiple choice, 2 open-ended.  At the end of the first class, not a single group was done.  They barely finished by the end of the second period and I'm VERY dubious about the quality of the work.

Most of the groups were working VERY hard and I give them full kudos for that.  Their questions to me, however, showed a complete lack of retention and understanding of any of the topics from the chapter.

The most depressing questions for me during the test was "Is this the kind of problem where you flip the thing?"

Even though I have been struggling to get them to make connections and be able to decipher what a problem is asking them to do, the need to have a set procedure is so deeply engrained that I don't know how to overcome it.

I watched them try to re-invent the wheel on every single problem, not even looking back to previous problems to see how they had just done it.  I watched them give up (and rightly so) on a simple proportion problem after 10 minutes.

I can engage my geometry students in meaningful discussions, but I am having tremendous difficulty figuring out how to help the pre-algebra students build their own bridges, or even retain and recall material.

Our building math coach has been coming to my class for the past few days to help me identify areas that I can improve.  His suggestion was to break the test up into smaller parts and time them.

I did this for period 8/9 with MUCH greater success and engagement.  Students worked in pairs on 2-6 problems at a time.  I set a timer and collected the pages, giving out the next one, when it went off.  If they finished early, they could move on, gaining more time for harder problems.

I haven't graded it yet, but there were many fewer blank papers turned in at the end.

So geometry class went VERY well and I will focus my positivity on that, drawing strength from my passion there to keep pushing and striving to find a way to reach the pre-algebra students.
Email ThisBlogThis!Share to TwitterShare to FacebookShare to Pinterest