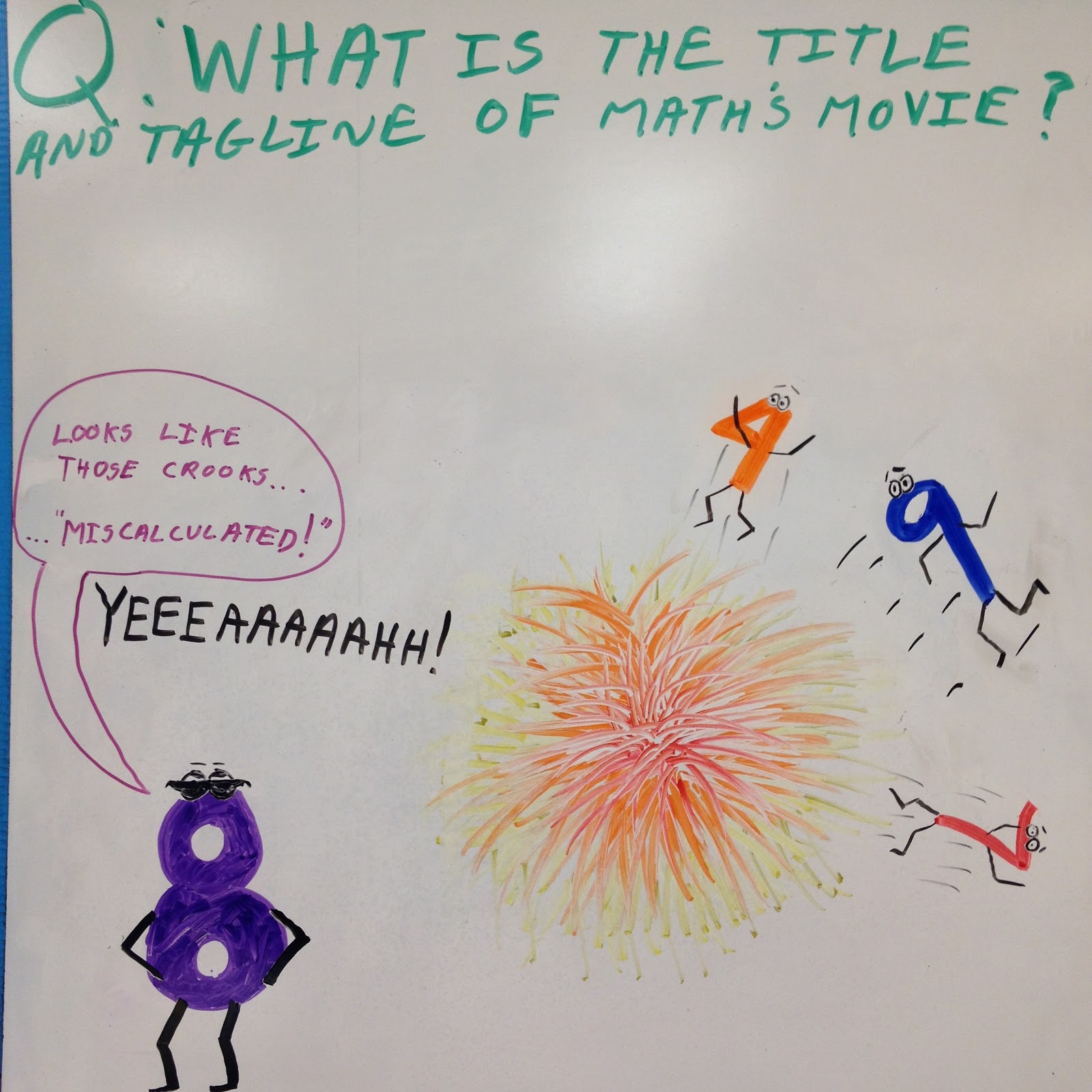 In geometry, I started talking about gravitational waves, moved through chemical bonding and into torque, which lead to us watching Veritasium videos.  It wasn't content, but I was alright with it.

My frustration had leaked out enough that our building math coach offered to come to my pre-algebra classes today.  Having another set of adult eyes makes a huge difference in a classroom and my classes were much more productive.

Relatively, but I'll take it!

I had the pre-algebra classes working on the Chapter review in the text book for the last few days, so today, we went over it.

I listed all of the numbers on my dry erase board and asked which student wanted to do which problem.  After a short period of kids avoiding my eye, I called on someone and asked which problem he would put on the board.  As soon as he picked one, there was a rush of kids to call problems they could do.

One by one, they went up, put their work on the board, answered the questions I asked and passed the pen.  I started by putting smiley faces next to the names of kids who completed their presentations.  After a few, one girl asked if she could have a star instead.  Then a boy asked for a smiley face in a different color with stars for eyes. 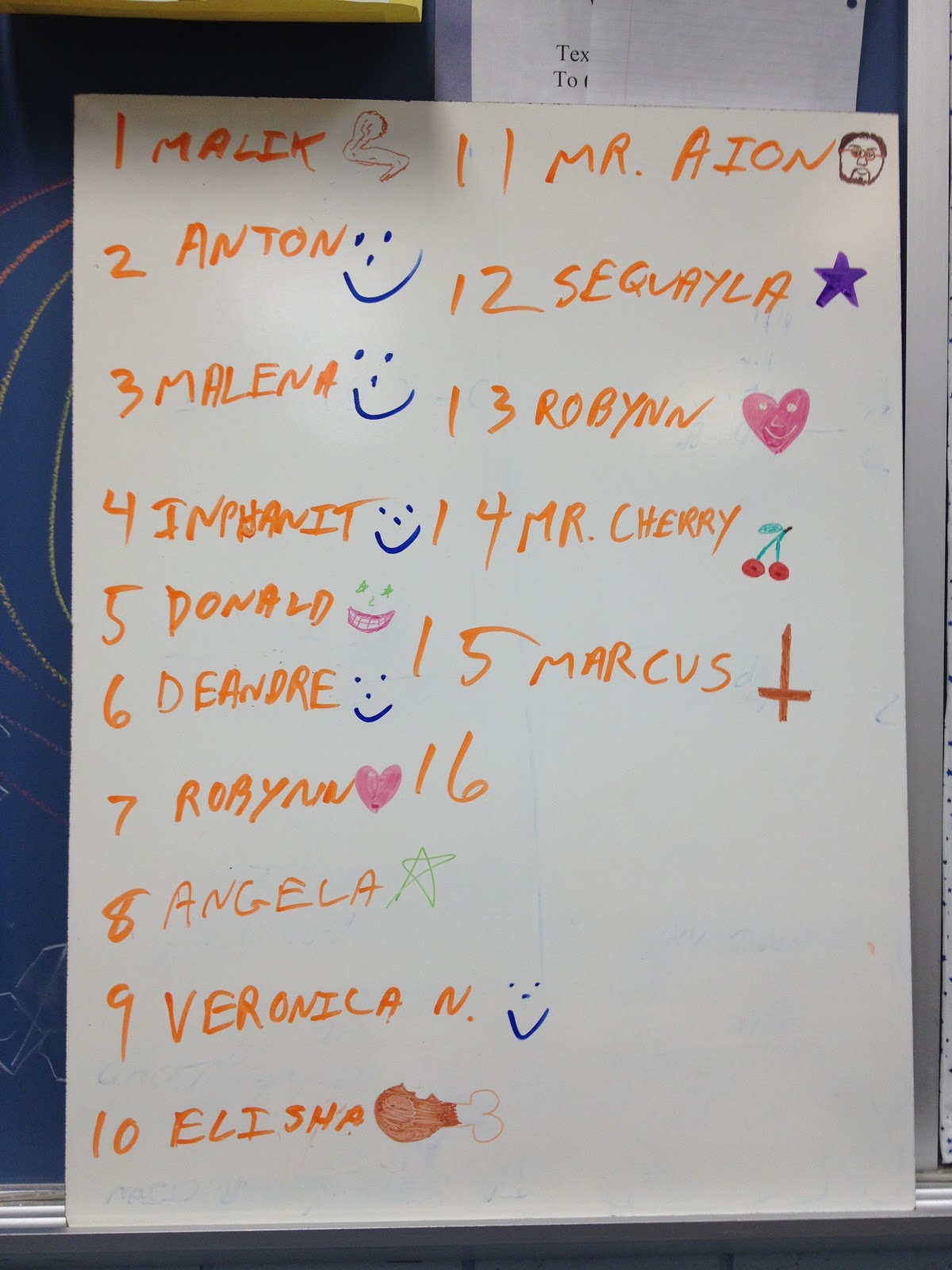 In period 8/9, I started the same way, but a girl said "That doesn't look like me! Where's my pony tail?"

That escalated as well. 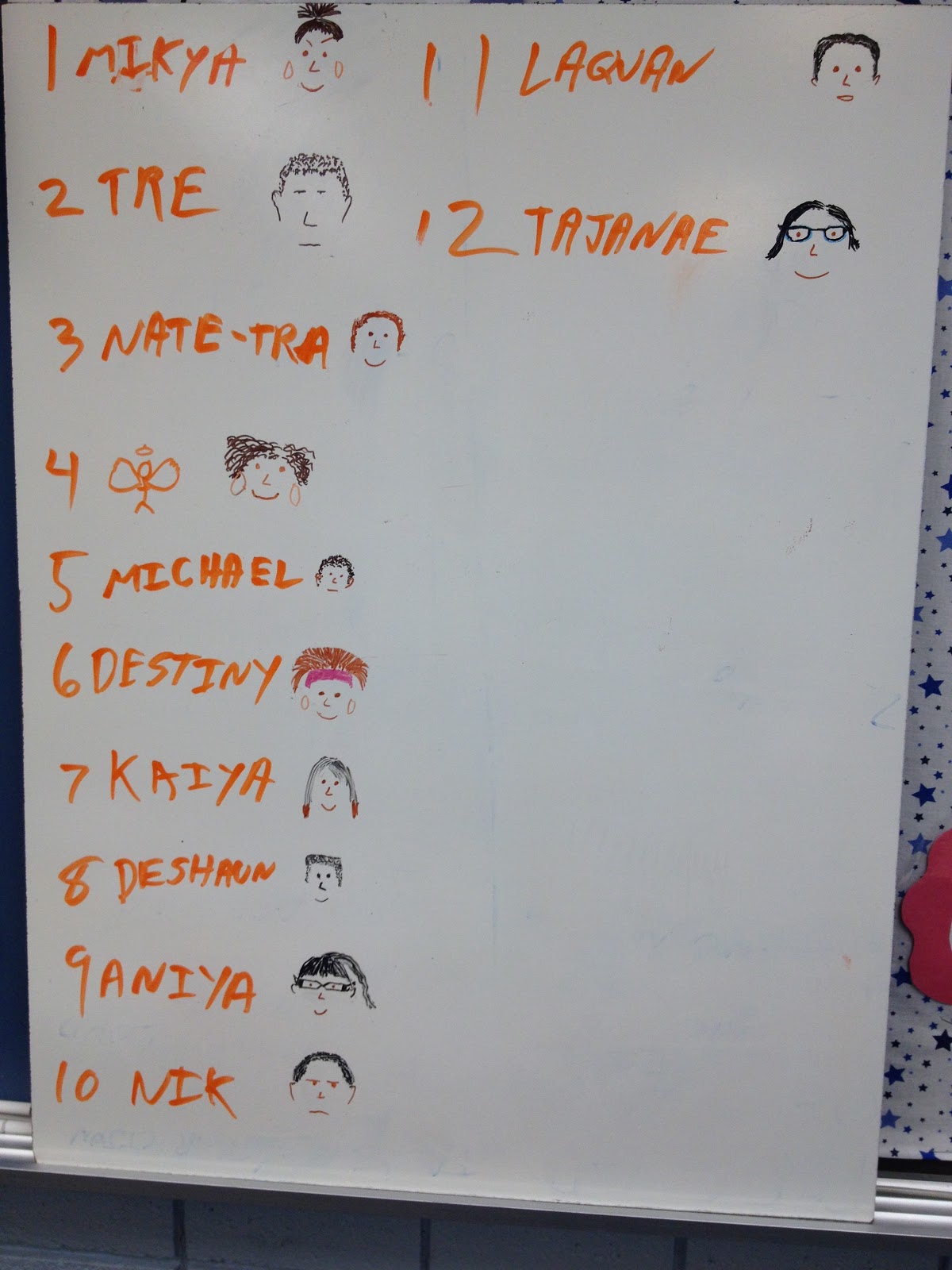 Overall, it was a much better day than I've had in a while and so I will revel in it and be pleased with the positive interactions with my students.

Tonight, I'm bringing my daughters back to the school to watch a presentation of Frozen that's being played by the students in the Service Learning Class as a fundraiser.  Many of those students are my geometry kids and I would like to support their efforts.

It will be a good time.