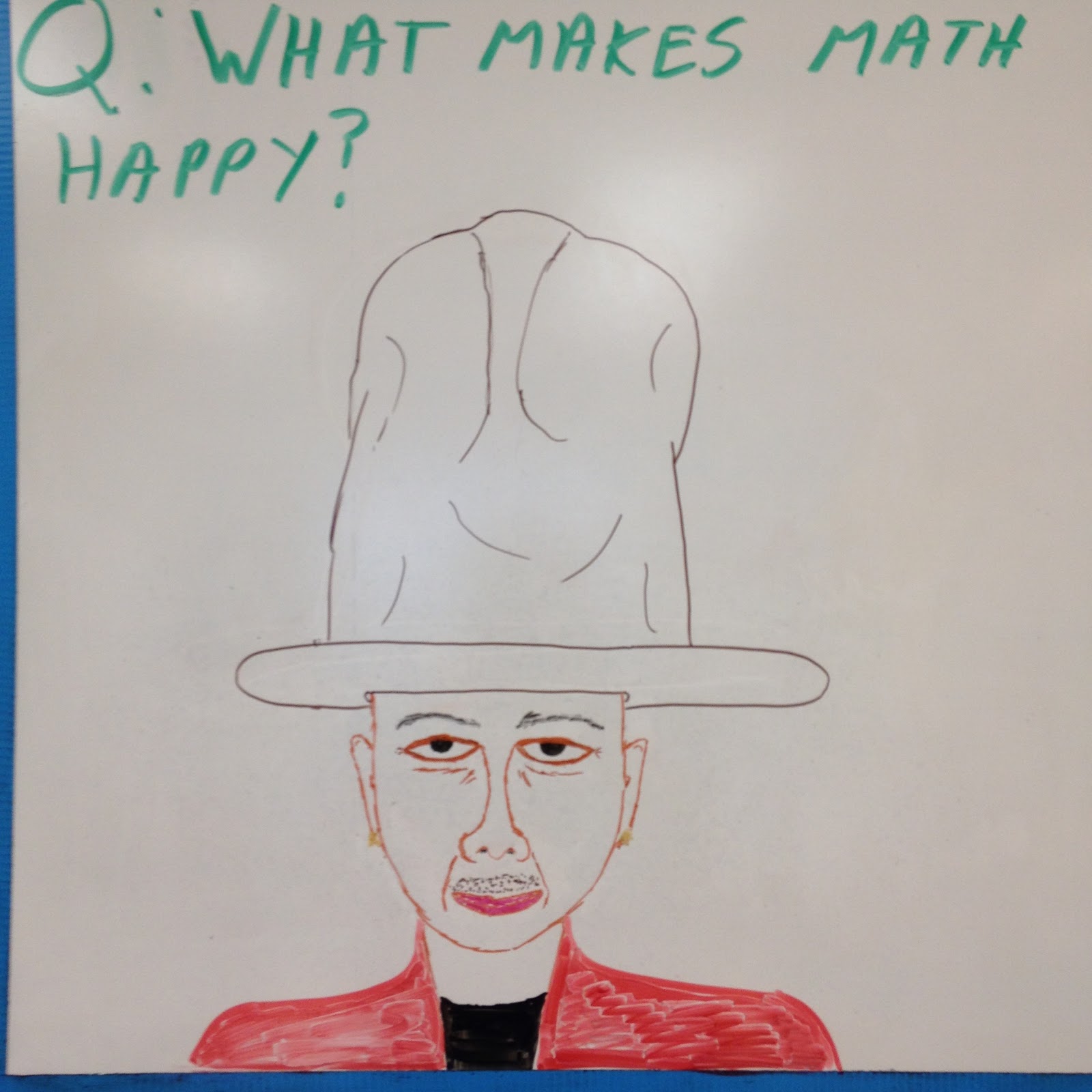 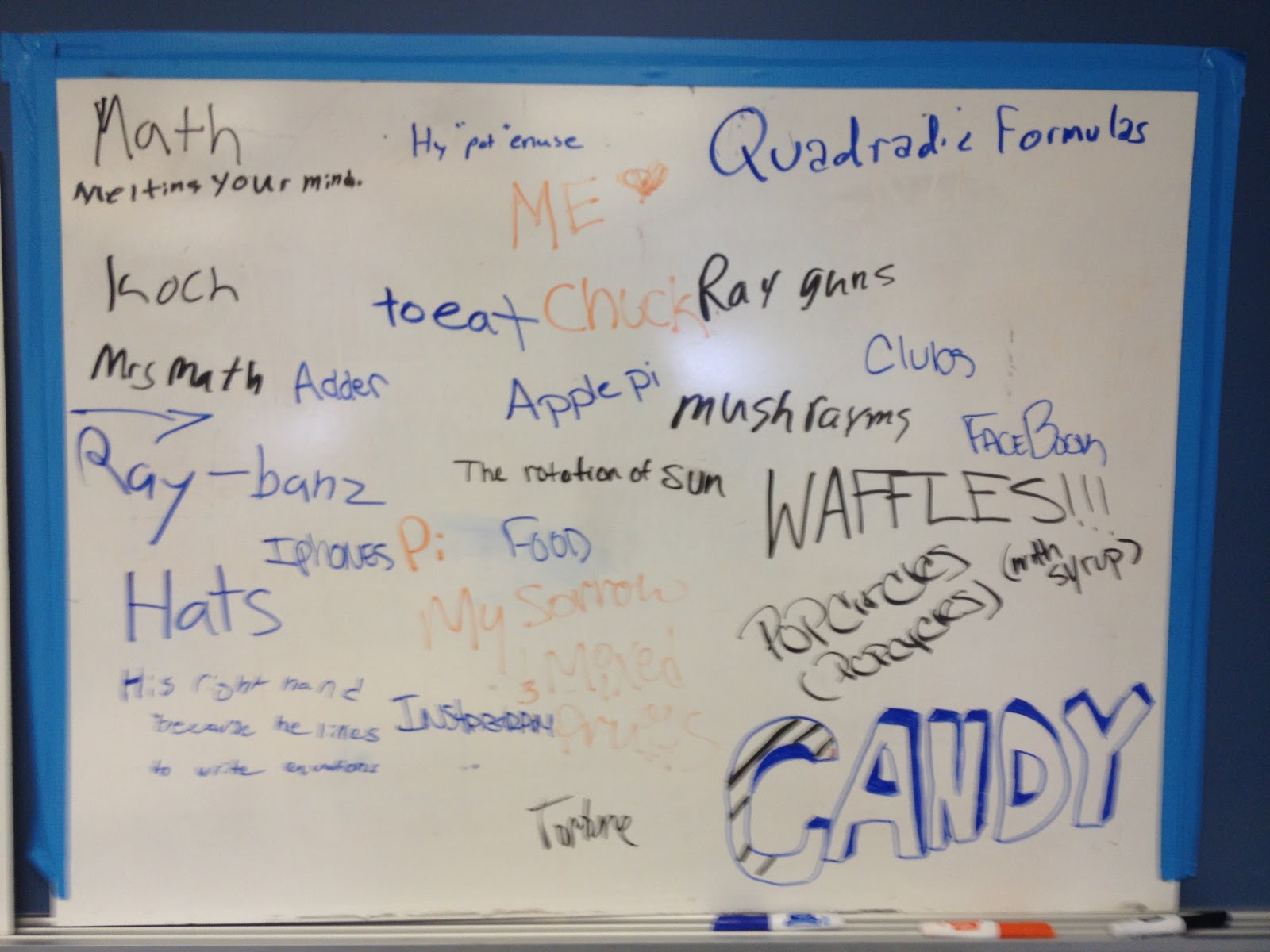 It was commented that I need to stop drawing lockers and graveyards because there appears to be a correlation between the images I draw and the day I have.  I am well aware that correlation does not imply causality, but I can't deny the connection.

Through my various conferences with my geometry students, I discovered something interesting.  They don't know the terms that they are using.  Specifically, they have difficulty distinguishing between altitude, median, and perpendicular bisector.  These are kinda important, so I decided to reinforce them.

It went on like this, with me calling on about 8 kids asking for the definition before everyone was giving approximately the same answer.

Without warning, I switched words.

"Donovan! What's a median?"
It threw him off slightly, but he got it.  I asked 5-6 kids to define altitude.

Then I started randomly switching between altitude and median.  Then I threw in perpendicular bisector.  When a student didn't know the definition, I would move on to someone else, then come right back to them.

The kids got really into it, much more so than I anticipated.  We did it again at the end of class and I plan to do it with vital vocab from now on.  The positivity that was pervasive in the class was wonderful and really helped to lift my spirits from yesterday.


I was dubious about pre-algebra today after how yesterday went.  We went over the problem that should have been for homework, but no one did and spent the period working through example of indirect measurement.  There were several students who were engaged for the entire period and several others who checked in and out.

Overall, I was pleased with how the class went.

Of the two students with whom I had difficulty yesterday, one wasn't there and the other sat quietly in the back and did her work.

I have spoken numerous times with other teachers about how nothing is more important for the education of students than the building and developing of a trusting relationship.  No one learns from someone that they don't trust.

So, in the spirit of building relationships with my students... 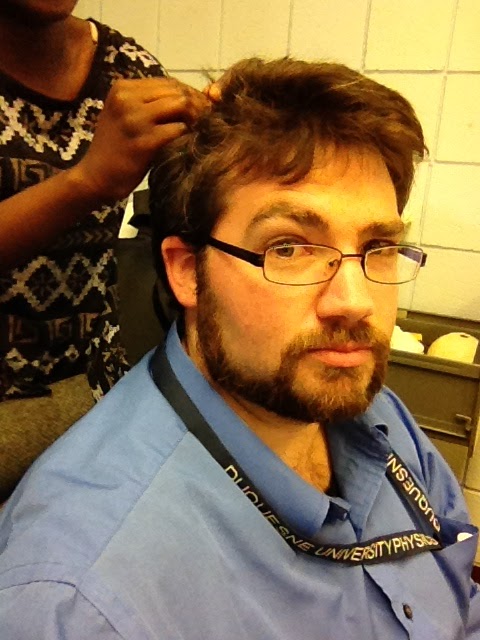 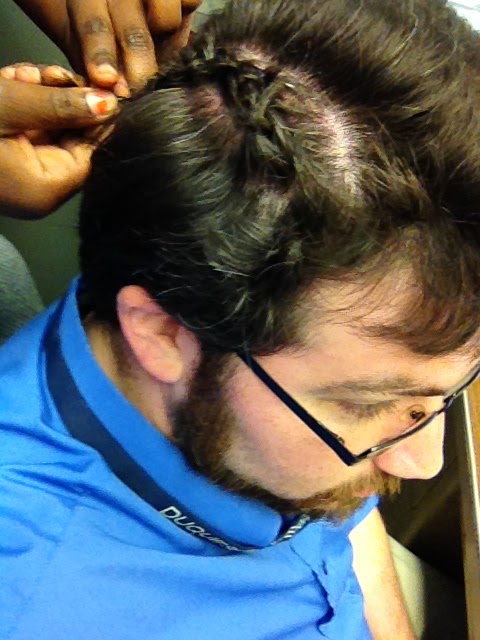 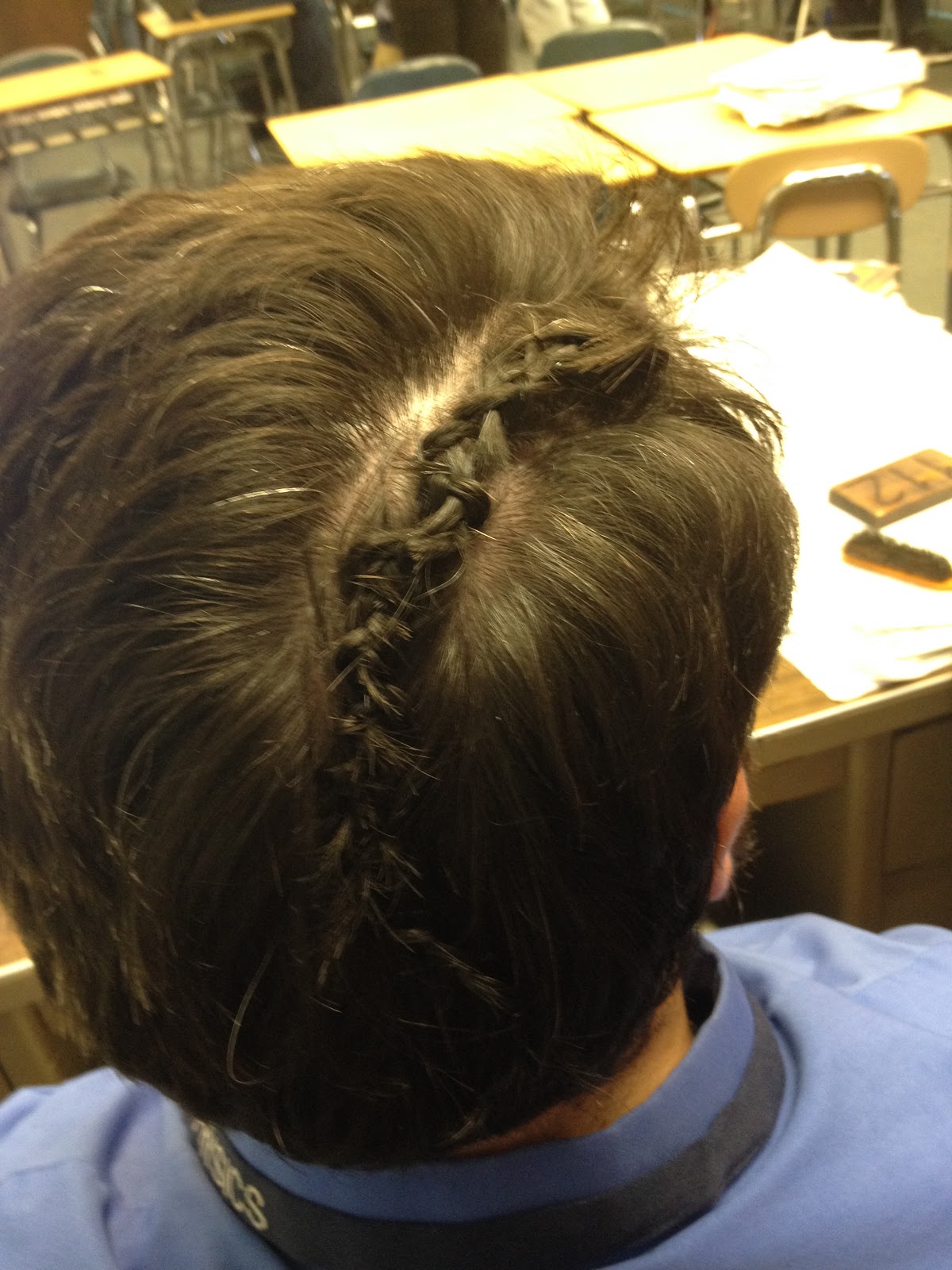