Posted by Justin at 4:09 PM
Over the last two weeks of break, I slept very well.  Last night I did not.

When my alarm went off this morning, my bed was the most comfortable it has ever been.

When I took my shower this morning, the hot water was as comfortable and soothing as it has ever been.

Both my bed and my shower begged me to return to them, beckoning me with promises of ever-lasting love and peace.


Then I went to work.

I got my room ready for the influx of students, got a cup of coffee and filled out a survey I've been putting off for a few weeks.

My first interaction with a student in 16 days was the following:


My second interaction made up for it.  Two students from geometry hunted me down to give me a box of cookies.
"You said it's important to remember teachers during the holidays!"
I was deeply grateful and told them so. 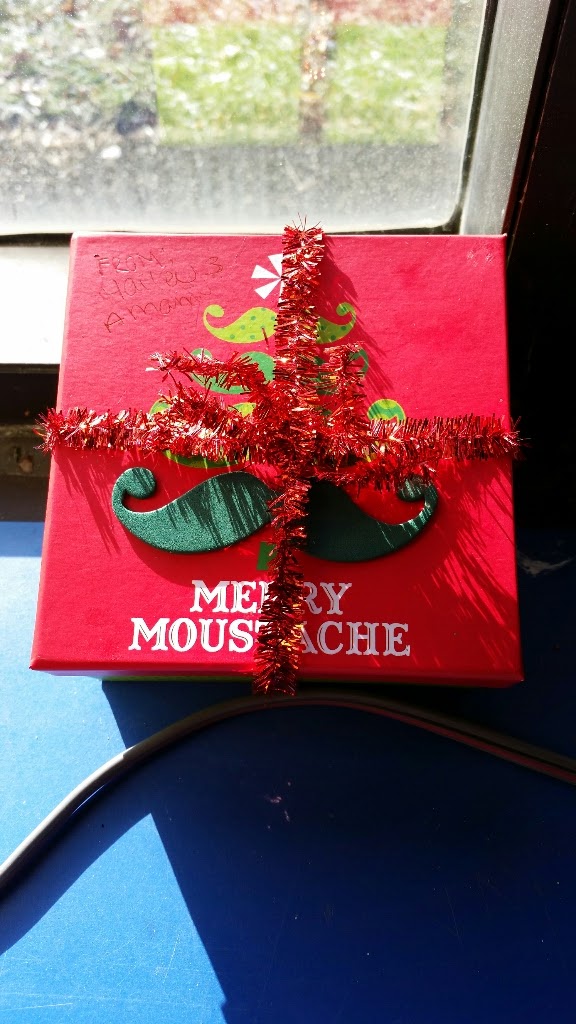 I think these two events, happening no less than 60 seconds apart perfectly illustrate what it is to be a teacher.

My homeroom was small.  Several of the buses were late picking up students and one never showed at all.  In addition to being the first day back from 16 days out of routine, my class had the extra disruption of someone joining us every 5-10 minutes.  There was a fight in the hallway between first and second period.  I covered a class third period.


Today was a very difficult balance between getting kids back into the habit of learning and remembering that they are out of practice.  I spent much of the break talking with other teachers and thinking about my practice, but they have not.

It would be unrealistic for me to expect them to hit the ground running at 7:40 today.

I expected it anyway, but allowed for leeway and lack of focus.  I tried to be patient when redirecting them back to task and understanding about them not being back in school mode yet.

As the day went one, however, they clearly remembered where they were.  My 8th period was ready to learn by the time they got to me.  In general, that group seems much more ready, willing and able to take notes when given a specific format.


During my prep, I walked in on a conversation between some of my students and another teacher about white privilege.  They were already heated when I got there so I tried to calm everything by being the voice of reason.  It became quickly apparent that no one was actually listening to anyone else, so I pulled a few students aside to make them feel heard and calm them down.  I suggested that they take a break and revisit the conversation later.

I'm not sure they heeded my advice, but it was important to me that they felt heard and I accomplished that.  Many of my students are VERY passionate about social justice issues and often let that passion push them faster than they can handle.  I consider it an extension of what we are doing in class, in terms of problem solving and critical thinking, to help them channel that energy into productive ways.
Email ThisBlogThis!Share to TwitterShare to FacebookShare to Pinterest