Posted by Justin at 4:01 PM
I read to my children.  We have a ton of books in my house and I try to read to them as often as I can.  There are books that I enjoy reading to them and others that I despise.  Generally, the ones I don't like either have lessons of which I don't approve.

We have a book where a rabbit and a bear both have gardens.  The bear works his butt off and the rabbit loafs.  The bear has a great harvest and the rabbit has none.  The bear shares his bounty and they are happy together in the winter.  The message that I take from this is that it's ok to be lazy because someone will bail you out.

In another book (The Rainbow Fish), a beautiful fish makes friends by giving away his shiny scales.  The message I take from this is that you can buy your friends.  Maybe the real message is that beautiful people can only be friends with ugly people if the beautiful people make themselves ugly.  Or something about Communism...

One of the books that I enjoy reading to my kids is Listen Buddy by Helen Lester.

This is the story of a rabbit who doesn't listen and it ends up causing him lots of problems.  What I like about it, other than the fact that I get to read in silly voices, is that Buddy doesn't ignore the people talking to him.  He only half-listens.  Instead of fetching a basket of squash, he fetches a basket of wash.  Instead of getting 15 tomatoes, he gets 50 potatoes.  So close.

I sometimes feel as though I have a classroom full of Buddy's.  Many of my students know the words that I'm using and can repeat them.  What they have trouble doing is applying those words and concepts in appropriate ways.

When I asked her to graph the intercept, she took 3 attempts to find where it was.  Even though she had just told me what it was in her own terms and what the value was, she wasn't able to connect those into the application.

In 8th period, I may have gone a bit off the rails.  I'm beginning to think that my lectures are more for my own sanity rather than to modify behavior.  I expound to them about the various tactics that I'm taking and they pretend to be shamed while they patiently wait for me to stop interrupting their conversations.

We've been going through solving systems of equations using visual representations instead of just the equations.  I think that doing it this way gives them a better understanding of how elimination and substitution work and they agree.  To illustrate the point, I did a problem using the elimination method without pictures.  I asked them which they thought made more sense and they unanimously agreed that it was the one with pictures.

As soon as we started a new problem, the conversations started up again.

So I sat down.

I reminded them that they have a chapter test tomorrow and I would be available to answer any questions they had.


More involved lessons take greater amounts of attention.  I don't know how to get them to invest that attention to notice that the lessons are involved and practical.

Maybe the lessons are still too boring.  I have no idea how to make them less so.  At some point, they will need to invest some energy in their own learning. 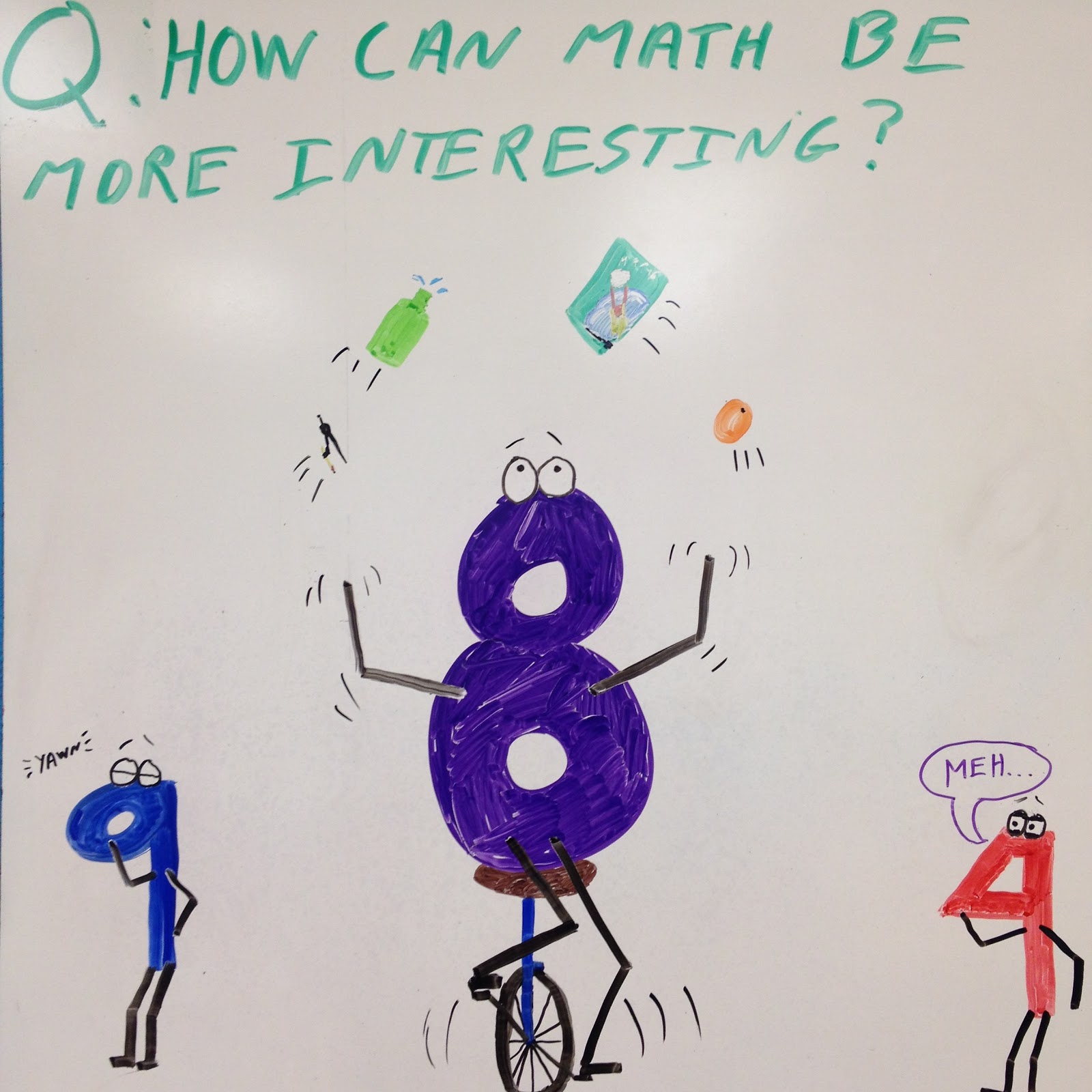