If you have not seen Interstellar, you may want to skip this post.  If you HAVE seen Interstellar and have no idea what the black hole, time-cube scene was all about, you are in good company.


This is how I explained it to my students:  (I can draw better than this, but I was in a rush.)


Meet Ted.  Ted is a drawing and, therefore, a 2 dimensional being.  Here is the story of Ted's life

One day, when Ted was young, he got hit with a rock. 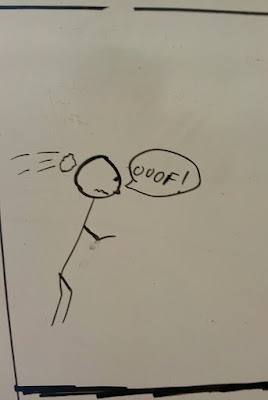 As a result of being struck, Ted stumbled into a girl and introduced himself. 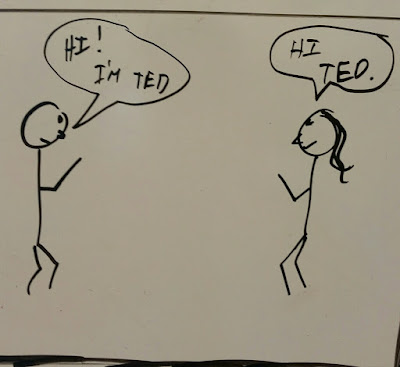 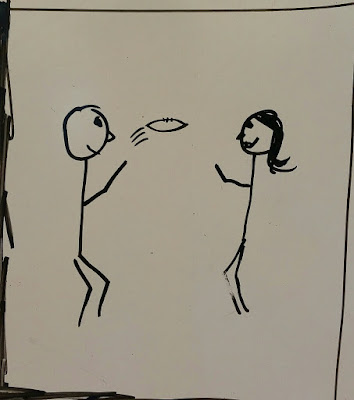 They eventually fell in love, and made a family together. 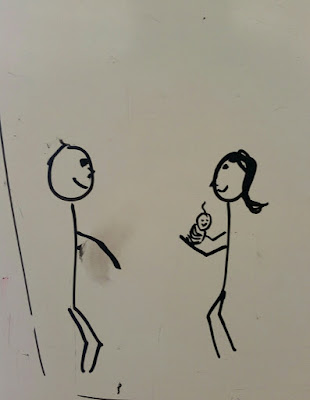 As time passed, they grew older, lived their lives and were happy. 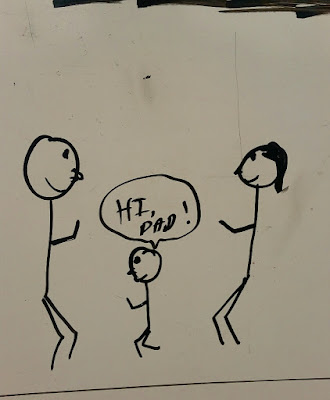 At the end of a long and fruitful life, Ted owes his happiness to the day that he met the love of his life. 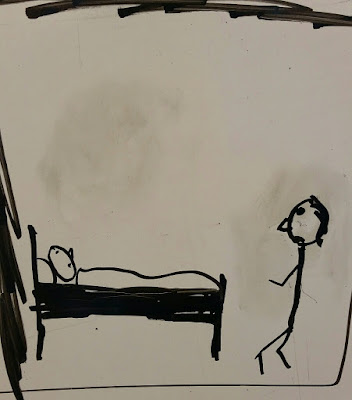 This is why I step in.  As a being who exists in 3 dimensions, I reach it at the end of Ted's life and pull him out of it. 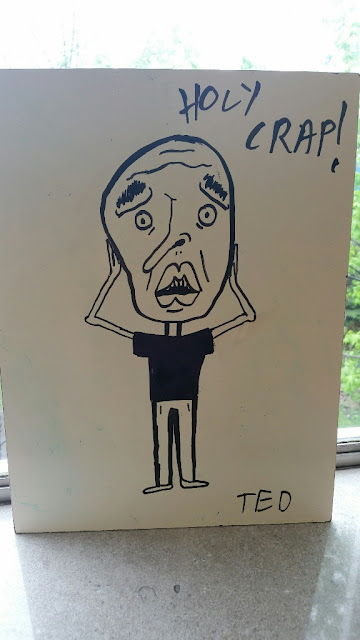 From my vantage point, and now Ted's, I can show him the entirety of his life, clearly causing an existential crisis. 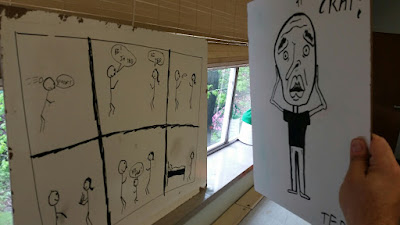 Each moment is now viewed as a single frame of the comic.  Ted, wanting to make sure that he meets the love of his life when he is younger, tries to get the attention of Young Ted.  To do so, he tosses a rock, but rather than getting the attention of his younger self, Young Ted ends up stumbling.  His stumble takes him into the arms of the young version of the love of his life.

If this didn't make sense, you could always go read Flatland!

Congratulations! You now have a degree in temporal physics! 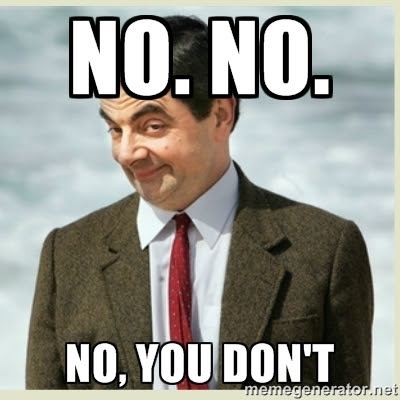 If you have not done so, please take a few minutes to fill out this survey. I would greatly appreciate it.
Email ThisBlogThis!Share to TwitterShare to FacebookShare to Pinterest