Posted by Justin at 3:12 PM
My level of frustration was almost at maximum today.

With our final on Thursday, I had planned to spend the Astronomy classes reviewing today and tomorrow.

Last week, I gave a review sheet that will be due on the day of the test and that they can use on the exam itself.  My attendance was a little above 50% so the discussion were a bit subdued.

Since I have a large percentage of seniors in my class, their only concern is graduation, which is understandable.  They are, for the most part, viewing the final as something that has be done but that makes no difference.

The final exam counts for 5% of the year grade, so it only matters for kids who are on the border and kids who desperately want to get good grades.  I have a whole other rant in my head about final exams, but I'm tired.

A student received the full brunt of my frustration today when she wondered why the fact that she hadn't turned any assignments in in over a month meant that she might not graduate.  She came back to the room later in the day and, while I was more calm, I was able to have a conversation with her about how both of us reacted.  By the time she left, I was feeling a bit better and I think we came to an understanding.

I had written a long and detailed post about my interactions with my Astronomy classes, but it turned into venting and that's not my goal with this blog.

For Physics, it seems as though most of the groups are finished since they elected to play Uno instead of working on their playgrounds.

Today was a frustrating day.

It was a wonderful and relaxing weekend.  Coming back to school was more stressful than I had planned for.  I think I've been fighting too many battles on too many fronts and my energy is sapped 9 days too early. 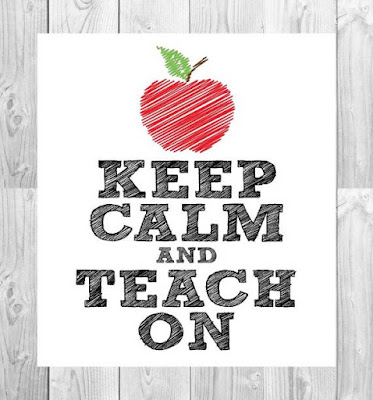