Day 62: Explorations and Lack of Effort 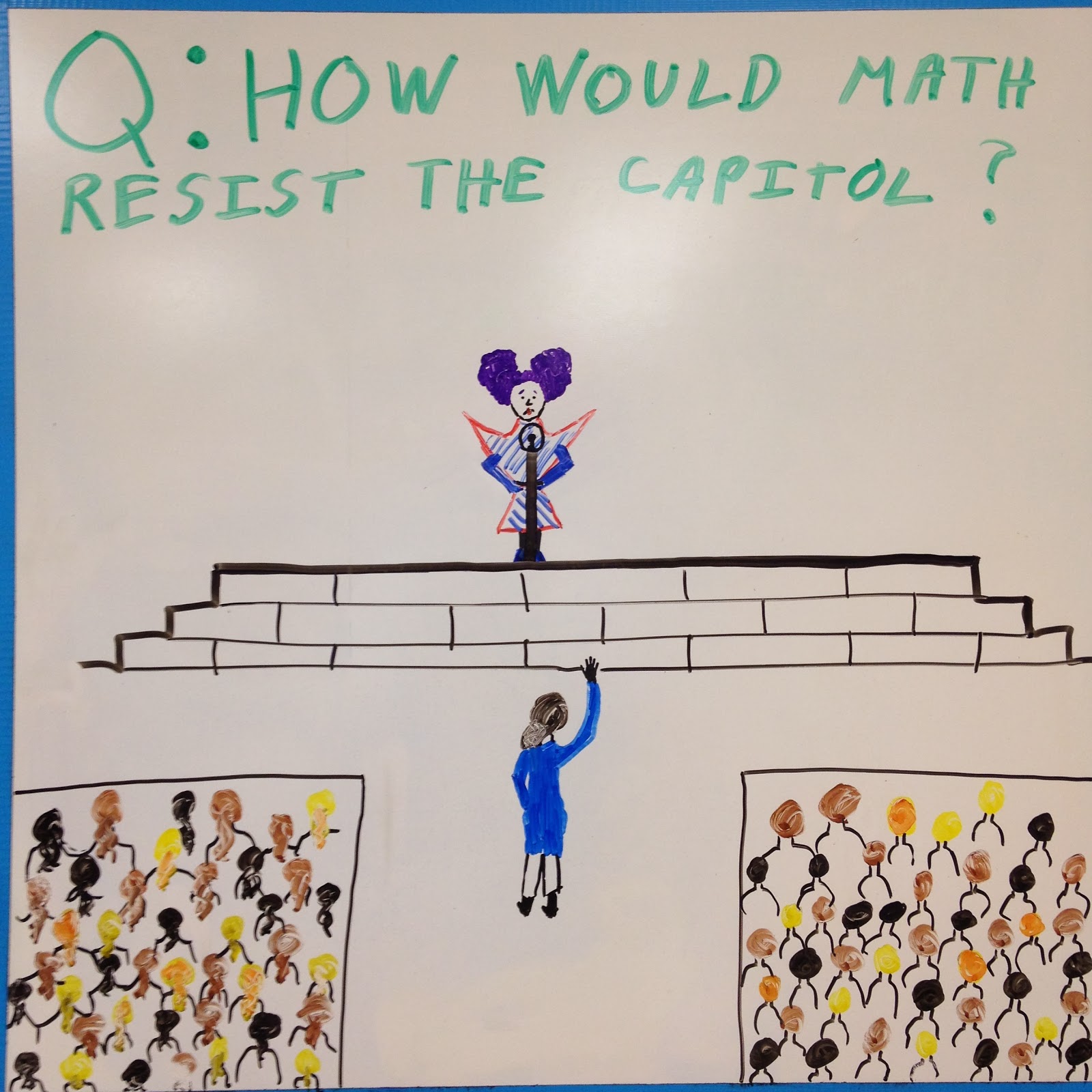 Since I noticed that I hadn't entered any grades yet, my plan for geometry class today was a two-part test.  The first would be individual and multiple choice while the second would be with a group and open-ended.

I found an e-mail this morning, however, that said that half of my geometry class was being pulled out for all of period 1, so plans changed slightly.  Instead, we spent the period exploring shapes! Yesterday, we talked about the interior angles of a polygon.  We explored the idea of creating triangles inside polygons to find the sum of those interior angles.  Today, I gave them the same warm-up, but changed the word "interior" to "exterior."

This turned out to be a MUCH richer discussion with students making all sort of conjectures, only to have them disproved by other students.  Several of them wanted to treat the polygons as though they were regular (the polygons, not the students) but a few others claimed that we couldn't.  We assumed that they were so we could talk about a specific case, then changed the angles to talk about a general case.  The students came up with a general rule for the sum of the exterior angles of convex polygons and we showed it worked in a few different cases.

Then a student asked about concave polygons.  So we explored those!  Protip: THIS exploration is wildly more interesting than convex.  A great collaborative effort brought us to the end of the period and a general rule for the sums of the exterior angles of concave polygons.  I was VERY impressed by them.

When the rest of the students returned, I handed out the open-ended portion of the quiz for them to work on in groups.  They did not even come close to finishing.  Even worse, I was stunned by the confusion on the faces and in the questions of these kids who are normally sharp as tacks.  The first question read as follows:

In making a paper airplane, a student folded the top edge of her paper into 8 equal angles.  What is the measure of each angle?
Classify each angle.

I don't even know how to begin explaining this problem without giving it away.  I think it might be a matter of concentration, reading directions and persistence.  After 40 minutes, in which none of the groups finished the 4 problems I gave them, I told them to finish it up for homework and come in tomorrow ready for the multiple choice section.

I'm hoping that if they work on it at home (which most of them will) they will see that it's a pretty simple set of problems.  It's possible that just being in word problem format threw them off, which means I need to do more word problems.

In pre-algebra, we also took a quiz.  It was a much more procedural quiz than I would have liked and I could come up with a host of legit reasons why that was, but the truth is that I'm tired and I need to make sure they CAN do the procedural stuff.  This group of students has a tendency to give up SO quickly on complex tasks that it's hard for me to even know if they understand the procedural work.

The results of the quiz are, however, quite encouraging!  With a few exceptions, the majority of the students DO understand the procedures and shouldn't get bogged down by them on more complex tasks. 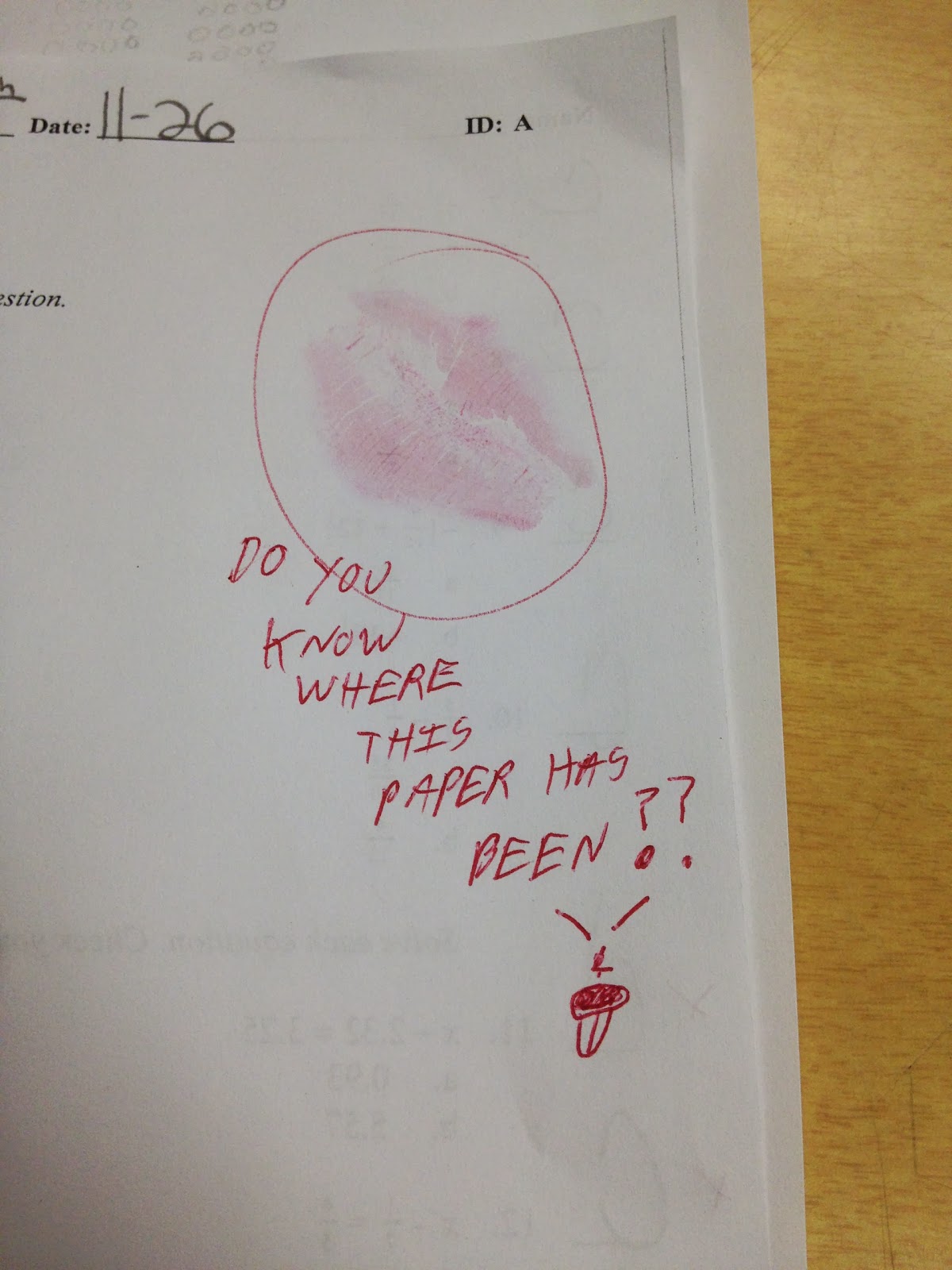 On the other hand, all of the students in pre-algebra have projects due tomorrow and, from the questions I'm being asked, it appears as though not a single one will be turned in on time.  I'm hoping this is not the case.  I am praying to be surprised.
Email ThisBlogThis!Share to TwitterShare to FacebookShare to Pinterest