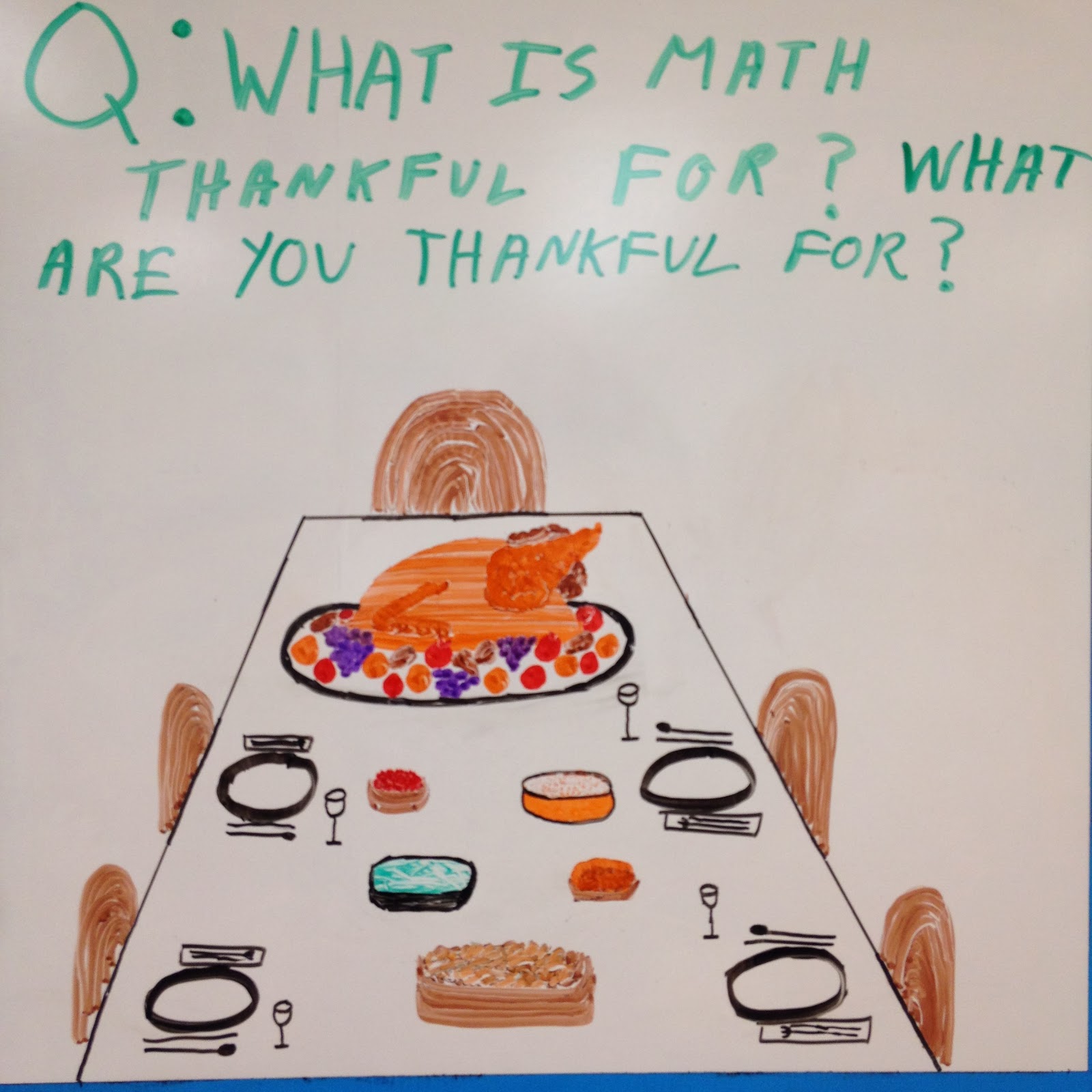 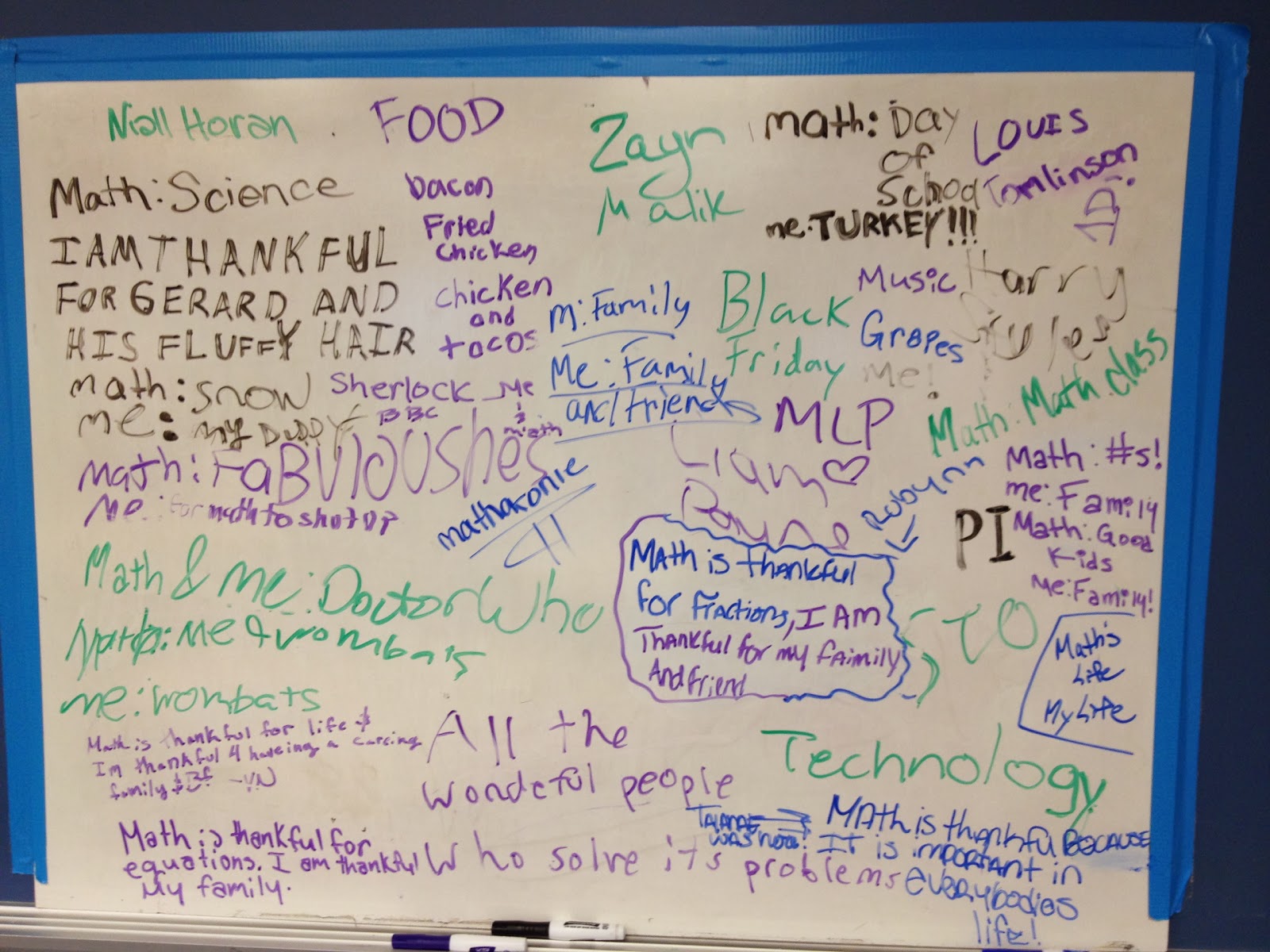 The day before Mathsgiving Break!!

So what if I'm the only one who calls it that! You wanna fight about it???

After everyone finished their tests, I talked to them about how much I appreciate the work they have been doing.  I was frustrated with them yesterday and I didn't want them to think that I disliked them or didn't appreciate their strengths and effort.  I talked about Bloom's Taxonomy and how I want them to be able to create things that demonstrate their learning.  I also assigned them to write me a few paragraphs over break about how they think class is going: what they like, what they don't, how things can be improved.


In pre-algebra, the students were given 7 open-ended problems to work on in groups.  Most of the groups worked very well but there were several incidents that confused me.

One student tried to turn in 3 problems with half of the class left.  I told her there was still time and she should try to finish what she could.  Instead of doing that, she crumpled her paper and threw it away.  When I asked her why she threw away what she had worked so hard on, her response was "I don't want to do any more and you won't take it now."

I don't have any idea how to respond to this.  I suppose she was thinking that she wouldn't get partial credit for only doing half of the assignment, but as much as I've been thinking about it, I can't come up with a rational reason for why she would throw away all of the work she did just because she couldn't turn it in RIGHT THEN.  She may have had an irrational reason, but when I tried to ask her, she screamed at me about how she didn't care.  I'll pull her aside after break and ask her about it.

In the second class, only one student followed the direction I gave to put their answers on a separate sheet of paper.  About half of them didn't read any of the directions or actually answer the questions that were given.  I think when we come back from Thanksgiving break, I'm going to have them redo their work for credit.

Seriously, if the question you're being asked has parts A, B and C, and your answer is a single digit, I think something may be wrong.

How do you impress on students the importance of following directions and answering the questions being asked?


From the 45 pre-algebra students who had a project due today, 2 turned it in.  I think when I do projects in the future, I need to work with the class to create a daily timeline of things to turn in.  I think many of the students are still at the point of "if it's not due tomorrow, I'll do it later" and on long-term projects, even as long as a week, that's really a detriment.

When we come back from break, we're going to have to work on organization and planning as well as math and literacy.


Anyone who thinks that teachers only have to know their own subjects clearly has no concept of what this job entails.  Thank goodness that teachers get the respect that they deserve!
Email ThisBlogThis!Share to TwitterShare to FacebookShare to Pinterest