Posted by Justin at 4:03 PM
Apparently, while I was having fun teaching my classes, the marking period ended.  Apparently, I was supposed to be grading things... Well, I know what I'm doing this weekend... 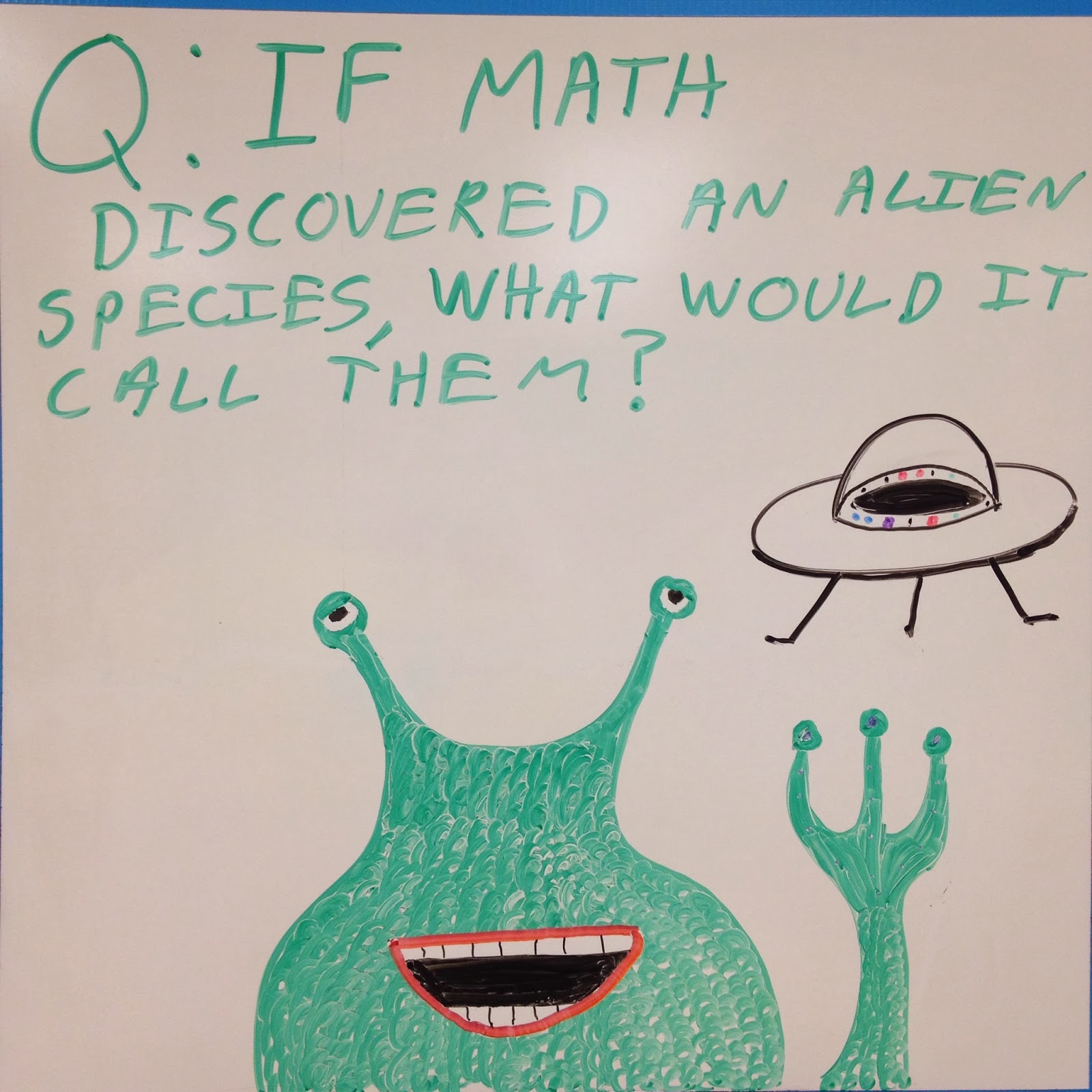 After listening to the Fresh Air interview with Colonel Chris Hadfield this week, I've been thinking about space!  So the warm up today had student calculate the speed of the International Space Station. 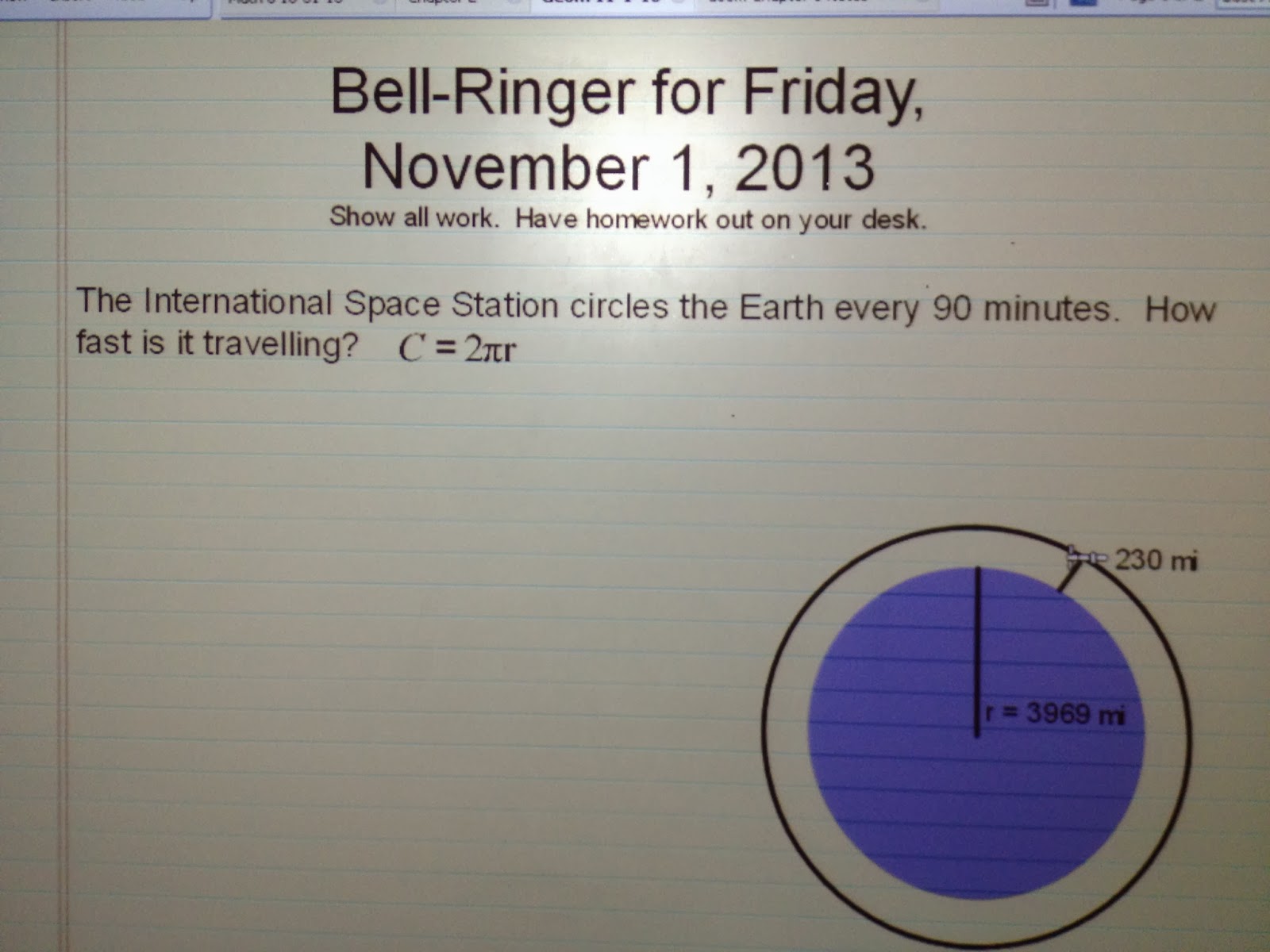 The geometry class watched videos of Hadfield answering student questions from the ISS as well as his Space Oddity cover video.
This video makes me happier than it should.

In pre-algebra, I set them on an assignment in their workbooks while I finished grading.  THEY ROCKED IT!  I left them alone and didn't even say when/if I was checking it, but they worked!  I gave up my Promethean pen so a few students could work on the board.  I even snapped a picture of them arguing about how to solve one of the problems. 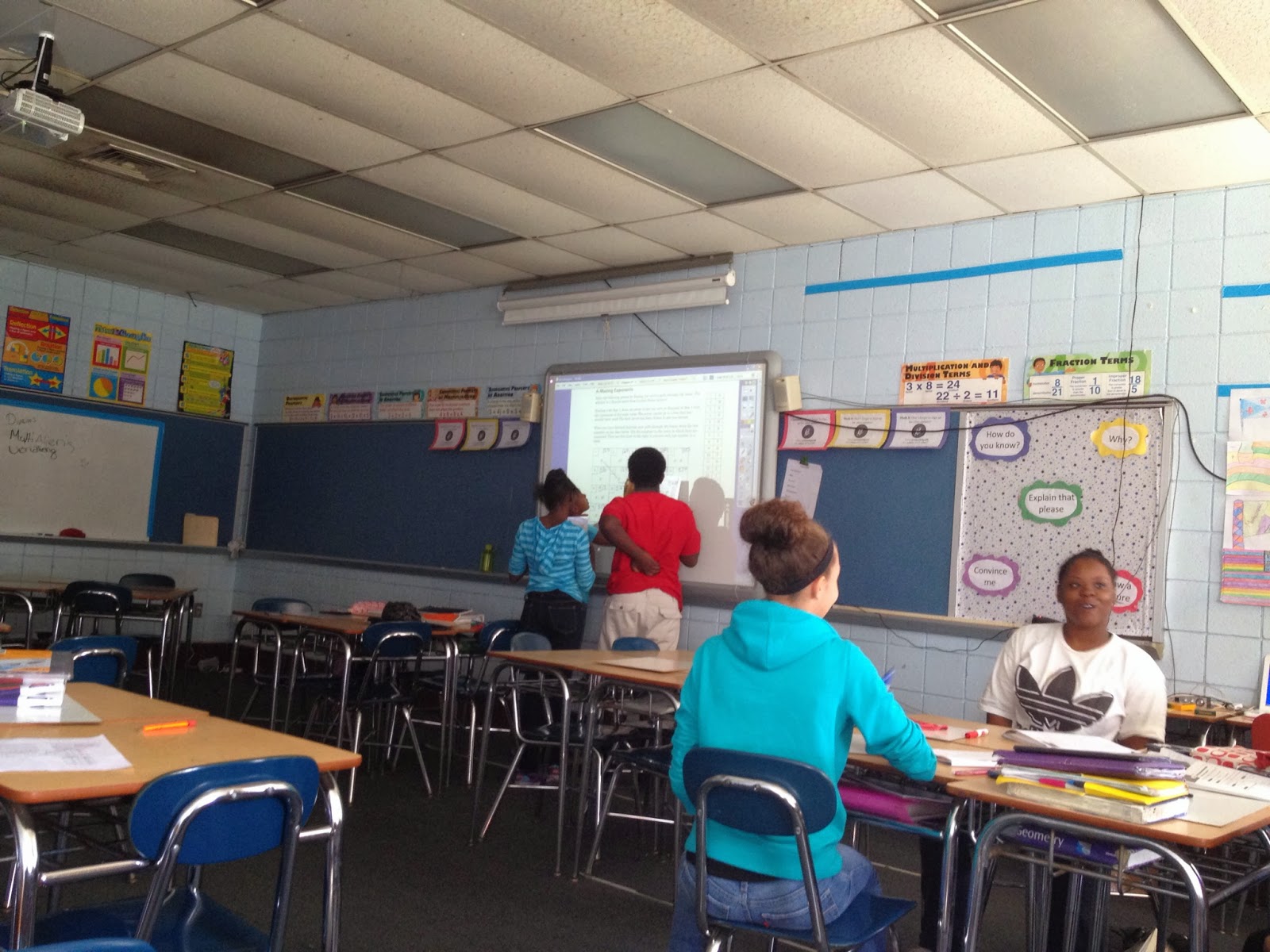 This was in the same class that tuned out during my vampire lesson yesterday.  I understand that they are more accustomed to doing menial tasks, grinding through problems and are not used to using their critical thinking skills.  I just hate how happy they are to do worksheets.  Some days I need it, but I want to be doing so much more and I'm not sure how to make the transition to more rich tasks.

There are huge conceptual gaps from both classes in terms of the warm-up.  I had tremendous difficulty getting them to not only figure out what they were supposed to do, but even whether the answers they gave me made any sense.  They saw the formula for circumference and immediately were unable to extend beyond that.  They kept finding me the circumference of the Earth without a concept that those units were miles and speed, which we were looking for, was not.

I'm SO ready for the weekend.
Email ThisBlogThis!Share to TwitterShare to FacebookShare to Pinterest