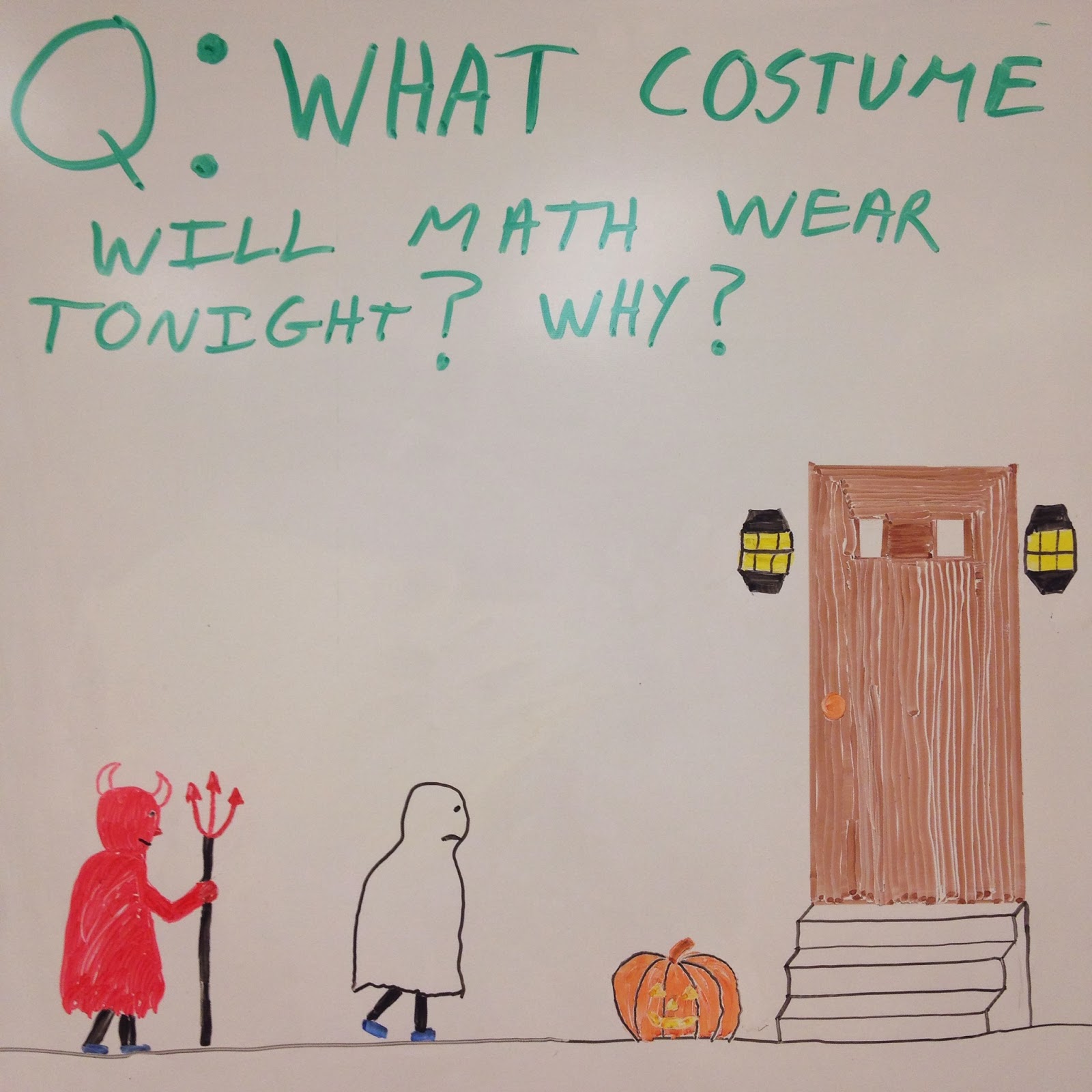 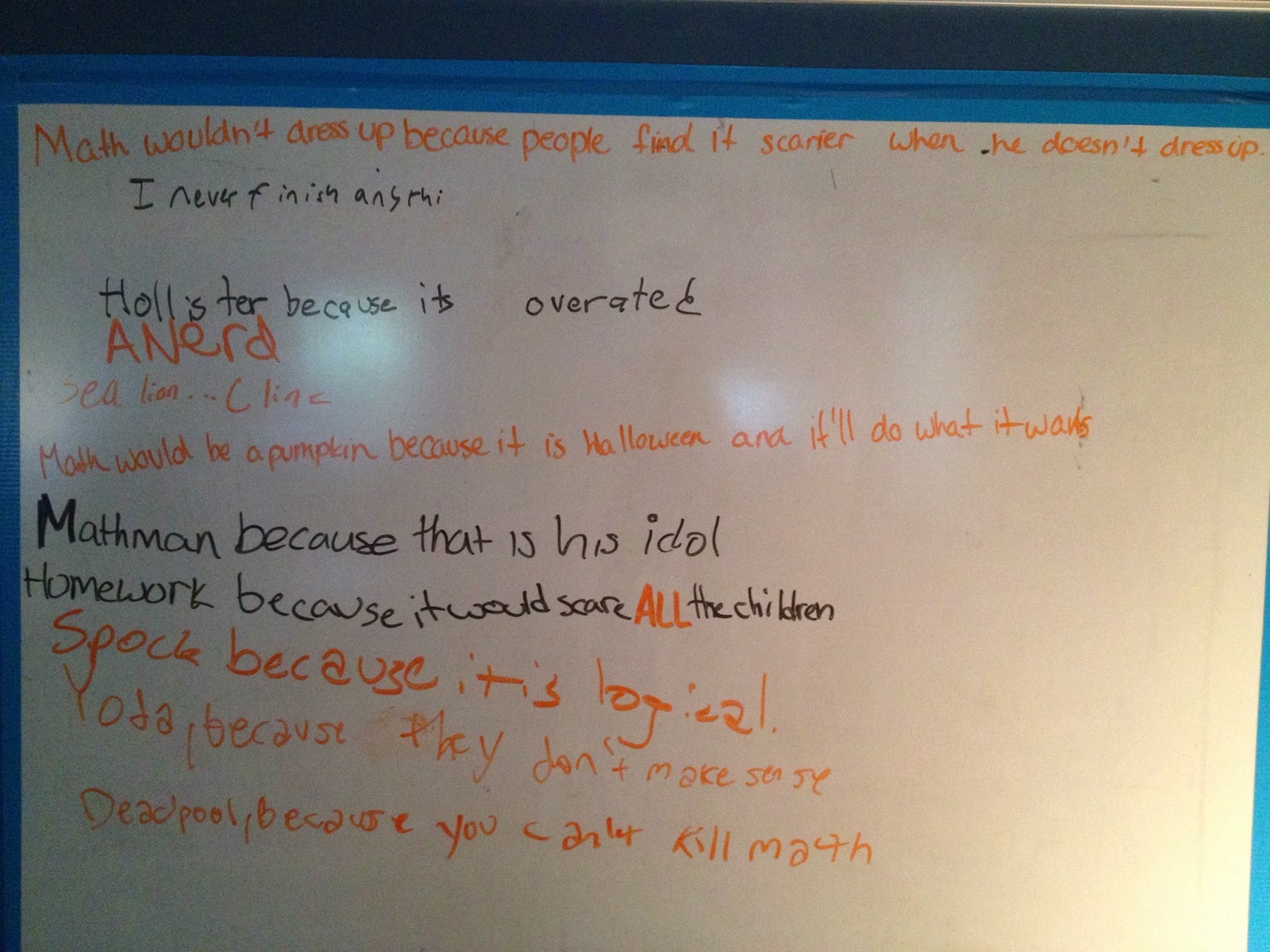 Loyal readers will remember the conversation that I had with a student yesterday in which I teased proper wording out him.  It turns out that in an effort to get him to say what I wanted, I may have been taking away from time in which he could be solving the problems of the world!  Mathematical nomenclature and conventions are important though...

In any event, we were discussing find angles related to parallel lines. 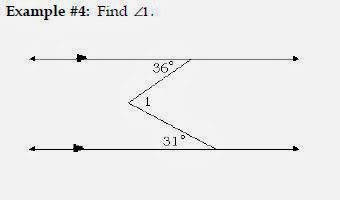 By the various examples that are in the guided notes, students were expected at add an auxiliary line that was parallel to the two horizontal lines and use the alternate interior angles theorem to calculate the measure of angle 1.  The set-up would look like: 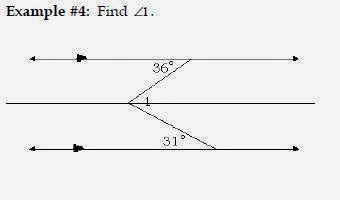 However, the student I talked about yesterday had a different approach.  Instead, he added a vertical line, creating two right triangles and, between the triangle sum theorem and the angle addition postulate, found the missing angles in the triangles and then angle 1.  His set-up looked like this: In this particular case, his approach took much more time to prove and many of the other kids thought it was a waste of time, but I was deeply impressed and almost hugged him for it.

And then the day went to crap.

In pre-algebra, I'd been preparing to do the new Mathalicious lesson, Pandemic.  It deals with vampires, exponential growth, disease, log functions, vampires and death!  I've been pumped about it since I saw Karim preview it a few weeks ago!  I knew that the math would be a bit advanced for my students since we've only barely scratched the surface of exponents, but I figured they could work out the patterns and we could talk about it.

The first class barely made it through the first act before they tuned it out.  They were complaining about how much effort it was to apply the pattern to anything large.  They got stuck at a VERY basic point and I was so confused by it that I wasn't able to figure out a way to help them.

I began to run into the same problem that I often do with my pre-algebra classes.  The students who picked up on it quickly got bored when I wasn't moving at their speed while the ones who needed more help were left in the dust, even at the much slower pace that I was moving.

The class was already short on students through fights and suspensions, so it might have simply been a bad dynamic, but the lesson bombed.  My frustration was through the roof and my anger at my students lack of interest VERY quickly transformed into shame and self-disappointment.  I hated that this amazingly fun lesson from people whom I deeply respect had gone SO poorly.  I figured that the way I introduced the content must have been pretty bad and I didn't want to let down the Mathalicious crew by jacking up their lesson.

So I jumped on Twitter.  I knew that the lesson was designed for students in Algebra, but I also knew that many teachers were doing it with younger kids like mine.  @MaryfWilliams posted some great pictures of her classes, which I found very encouraging and @lisabej_manitou told me that she started her class with the paper folding warm-up.  It helped them to get a better grasp of exponential growth.  So I started the second class with that warm-up.

The students were engaged and clambering over each other to give me answers.  I didn't introduce exponential notation and they happily ground out 2^33 BY HAND! ON WHITE BOARDS!!

The only student who did not participate did not do so on religious grounds, to which I didn't object.  She happily took the picture of those of us who wanted it. 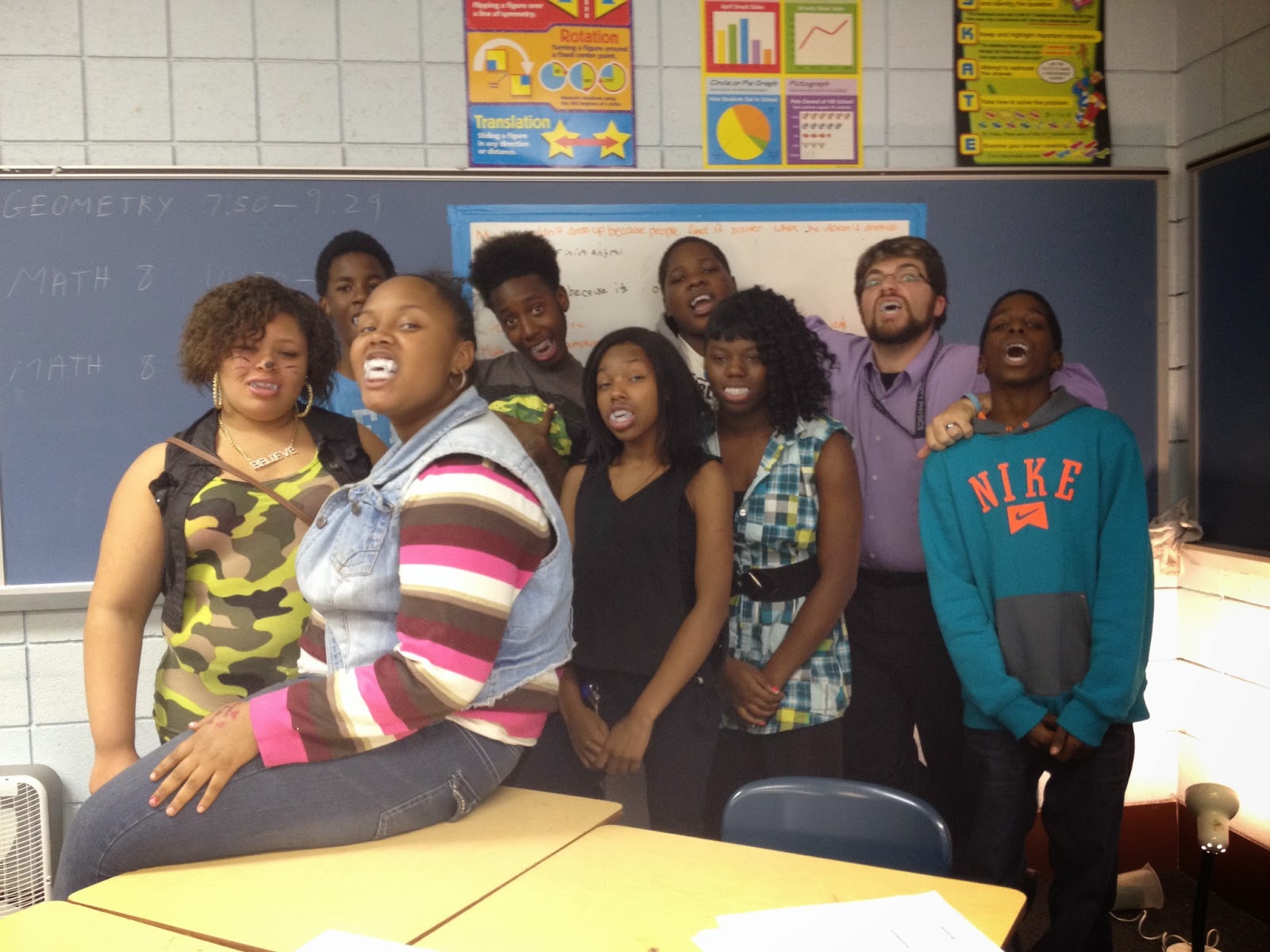 The kids rocked it and I'm so proud of them!