Posted by Justin at 4:01 PM
I redecorated my room yesterday and finally hung some things on the walls. It's not a huge change, but it makes the room a bit more cheery and friendly and less like a poorly painted prison cell. 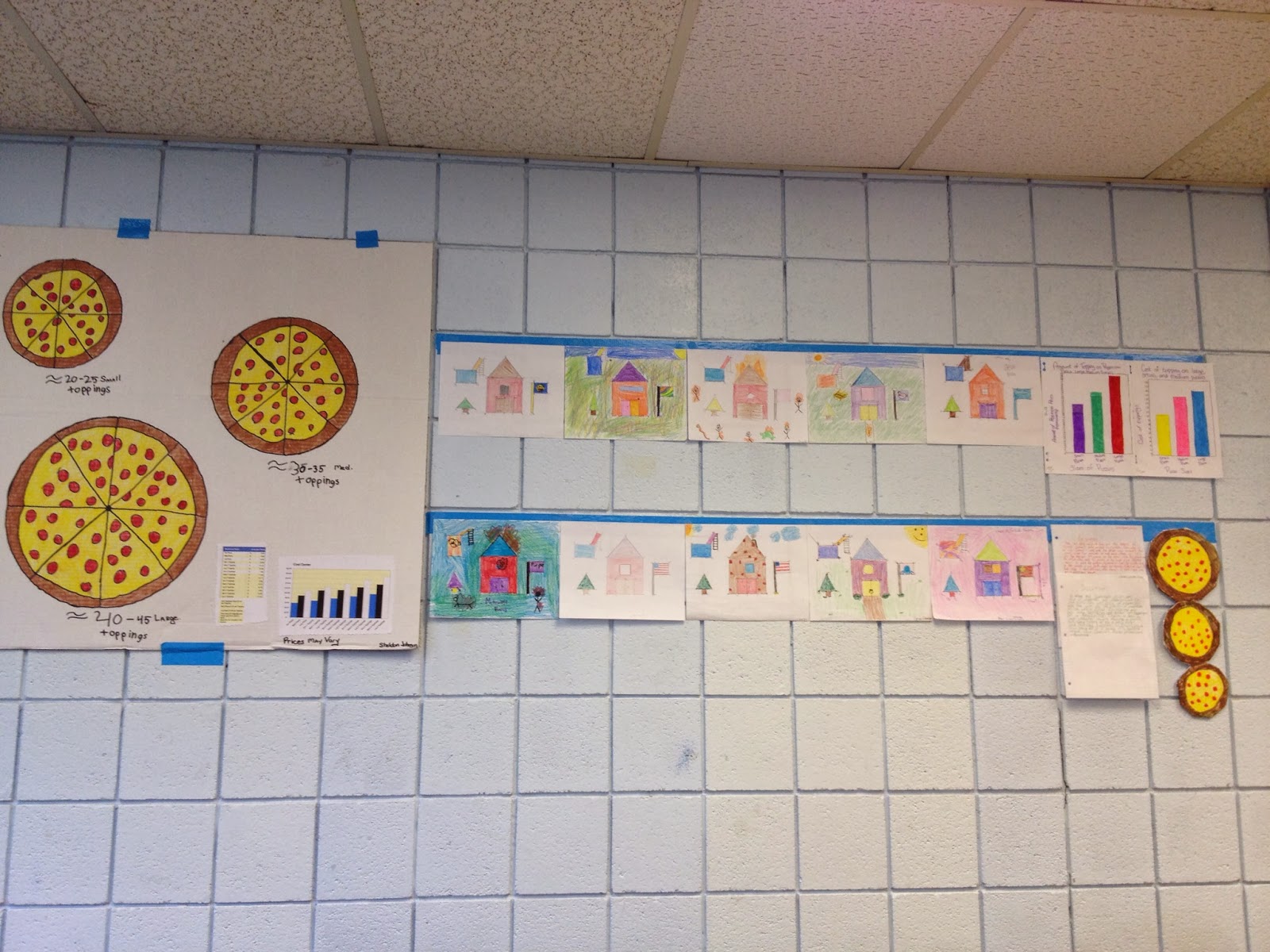 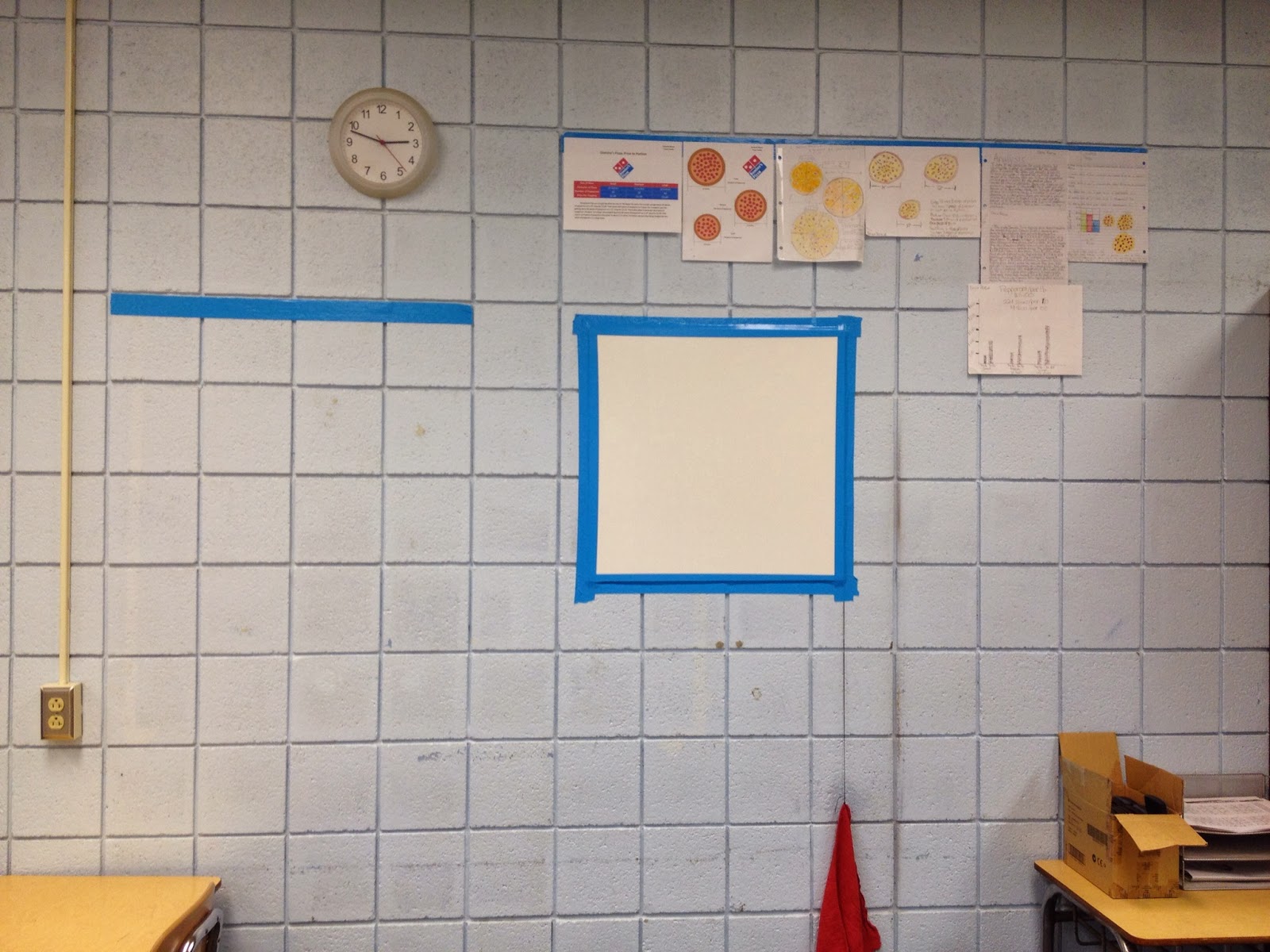 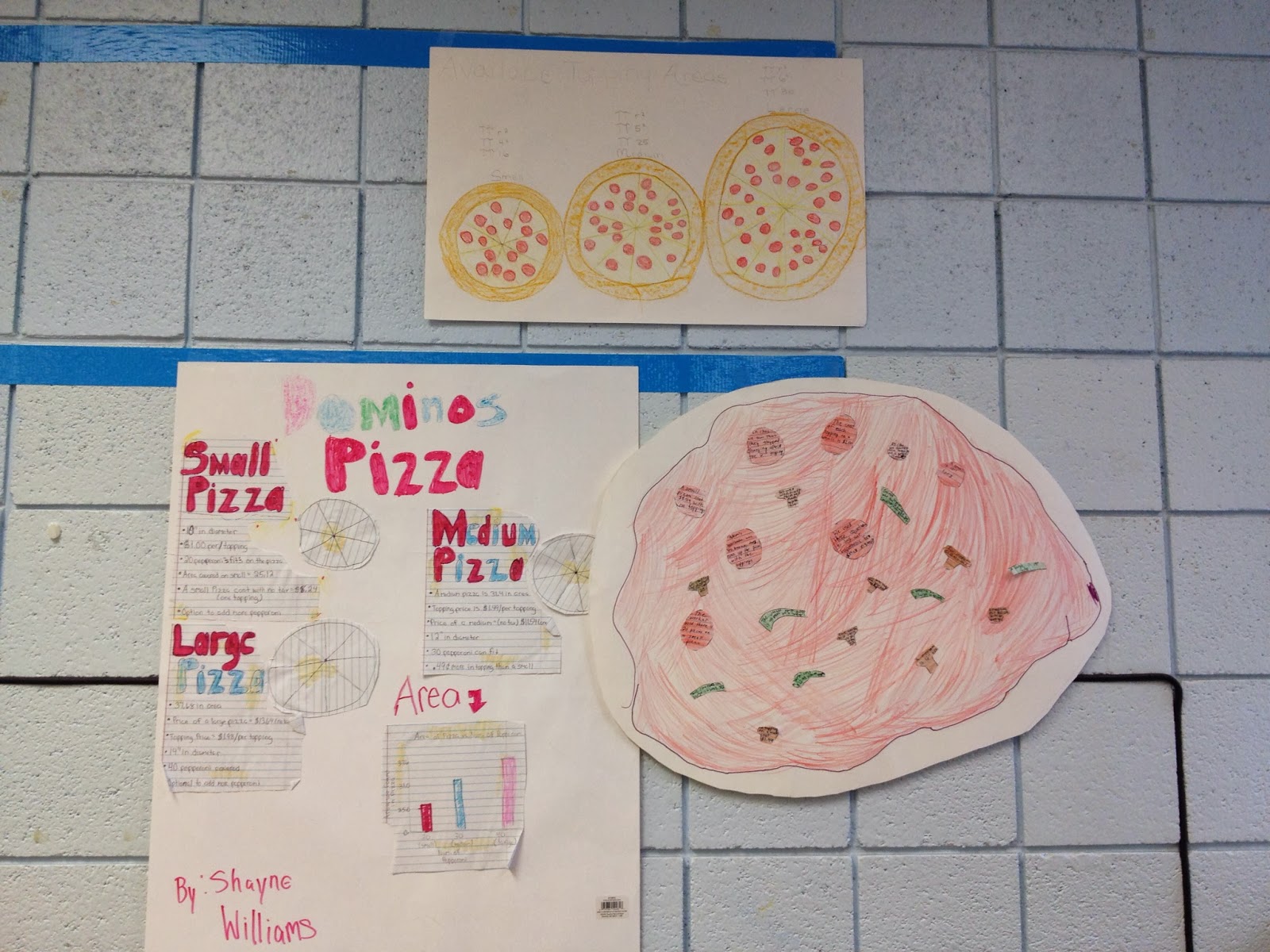 I also took a writing prompt from the #MTBoS today and asked the kids: 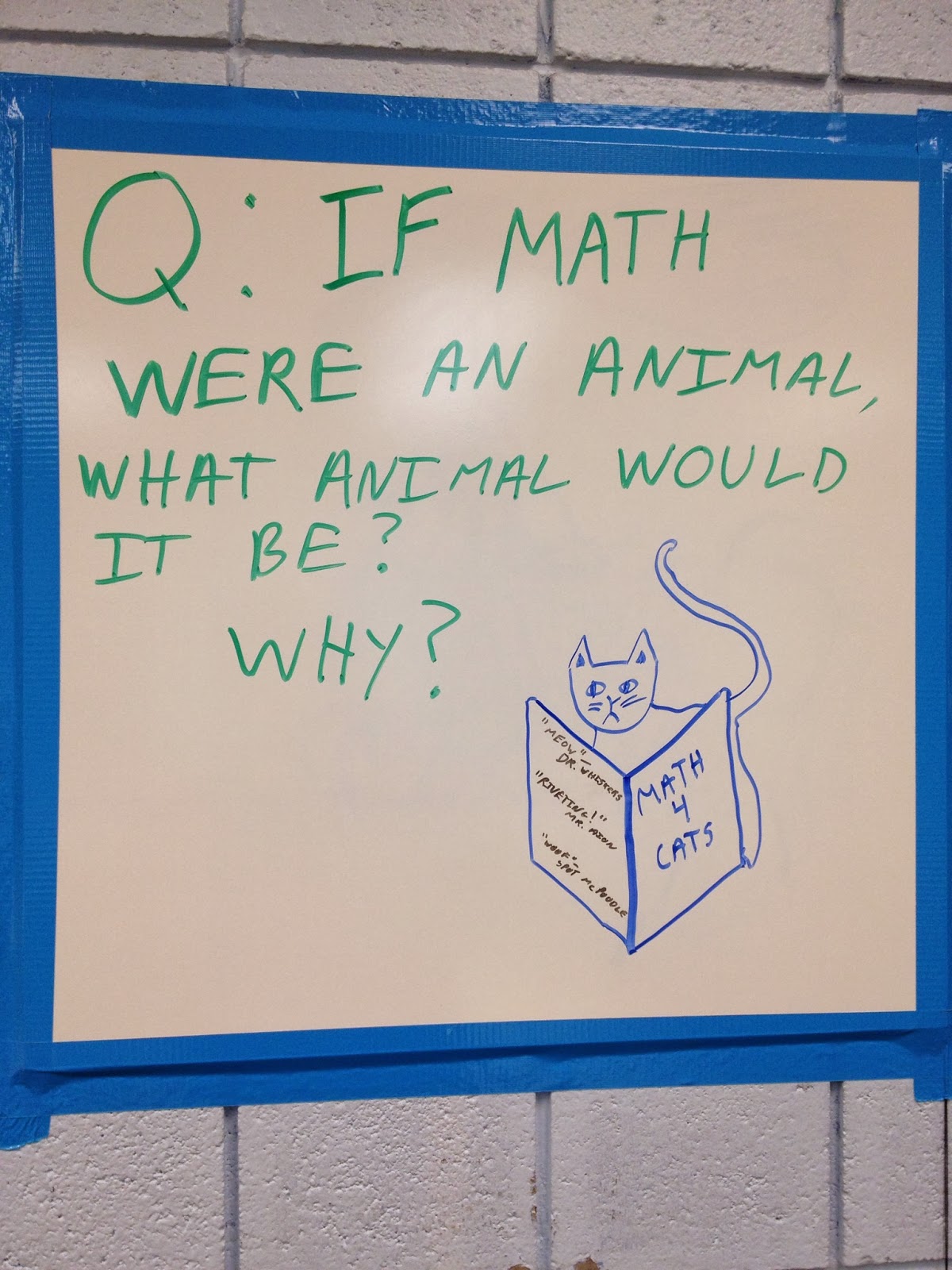 My favorite response was "Math would be a pitt bull.  Everyone is afraid of them, but if you treat them nice, they will treat you nice too!"

I have been flipping my classroom with respect to the guided notes in geometry.  I have been giving the homework assignments as "Take your book and do the guided notes from section..."  Then in class, I quickly go over them to make sure they got them.  For the most part, it has worked well.

The guided notes assignment over the weekend was the introduction to conditional statements.  Apparently, it was WAY too confusing.  Or, with the long weekend, everyone forgot to do it. :-/

In any event, going over the notes ended up being WAY longer than I wanted it to be.  Also, it turns out that all of the side-tracks that I've been taking with them has put me several weeks behind the geometry teachers at the high school.  I'm not too worried about it, but I don't like being this far behind this early in the year.  I told them that we need to pick up the pace and they seemed disappointed.

Do you ever find yourself talking and in the middle of a sentence you realize "No one is listening to me"?

Last year, I would have said "What rude jerks these kids are being! I'm trying to give them the best education possible and they couldn't care less!"

This year, I find myself thinking "I've failed these kids.  I didn't plan this lesson well enough and have failed to capture their interest."

That's not to say that I DON'T have some rude jerks in my class, but that doesn't change the fact that I should have planned and executed this lesson better.

After reading several posts and talking to a  few people on Twitter, I decided that I would start the unit on fraction multiplication with the Candy Bar lesson from @Radical_Robin! It's a great lesson and takes a boring concept from the text book and puts it in terms the kids care about.

I executed it VERY poorly.

As is my wont, I didn't read it all the way through, didn't do the problems myself, didn't plan what I wanted to say or ask and didn't think about where it could go wrong.  I thought (foolishly) that by throwing the picture up and having a general idea of where I wanted to go, that things would fall together.  In the past, they did!

Or perhaps I fooled myself into thinking they did and blamed the unengaged kids for not being engaged.

In addition, I allowed my frustration to get the better of me.  We started out with white boards and when they disengaged, I took them back.  Like a spiteful child, angry that my friends weren't playing with my toys the way I wanted, I took the toys away.  I immediately regretted the decision but didn't know how to fix it without them disengaging further.

I almost didn't write that because of how upset it made me and how I think it makes me look, but I want this to be an honest reflective blog with my downs as well as my ups.

The second pre-algebra class went MUCH smoother because I organized my thoughts better.  I also let them use their whiteboards all period.  There was several drawings of Spongebob but they were mostly on task.  I also used my big white board instead of my Promethean board.  Not exactly sure why...

On a more positive note, #MSMathChat last night was AMAZING! We had 32 people contribute 360 tweets in an hour!

AND WE WERE TRENDING!!!

There are a ton of new people who have joined the #MTBoS and it has been fabulous to talk with them! I hope I get a chance to talk more and help new people find groups and contacts that can help them.  Everyone who joins brings something that we didn't have before.  It's really beginning to feel like a family.

I feel a little weird promoting it as much as I do because I feel like a late-comer myself.  I only really joined twitter and the #MTBoS in March, but everyone has been so welcoming.  Also, I haven't just found this community supportive and helpful, but actually life-changing.  My wife, family and colleagues say that I am a completely different person this year and I attribute that to my involvement in this online community of life-long learners.
Email ThisBlogThis!Share to TwitterShare to FacebookShare to Pinterest