Posted by Justin at 5:00 PM
I used a new format for testing in all of my classes today and I REALLY want to talk about it!

First, students were put in groups, or picked their own groups.  I picked the groups for the geometry classes based on their preferences not for who they wanted, but for who they couldn't work with.  I made sure that no one was in a group with someone with whom they asked not to be.  In the pre-algebra classes, I let them pick their own groups, but moved loners in with small groups.

Next, I explained that they would work for 25 minutes in silence.  They were encouraged to try the problems on their own, but if they wanted to communicate, they had to do so non-verbally.  Many of the groups passed notes, which I found almost as telling about their thought processes, social dynamics and abilities as I found their classroom behavior.  How's THAT for an awkward sentence... 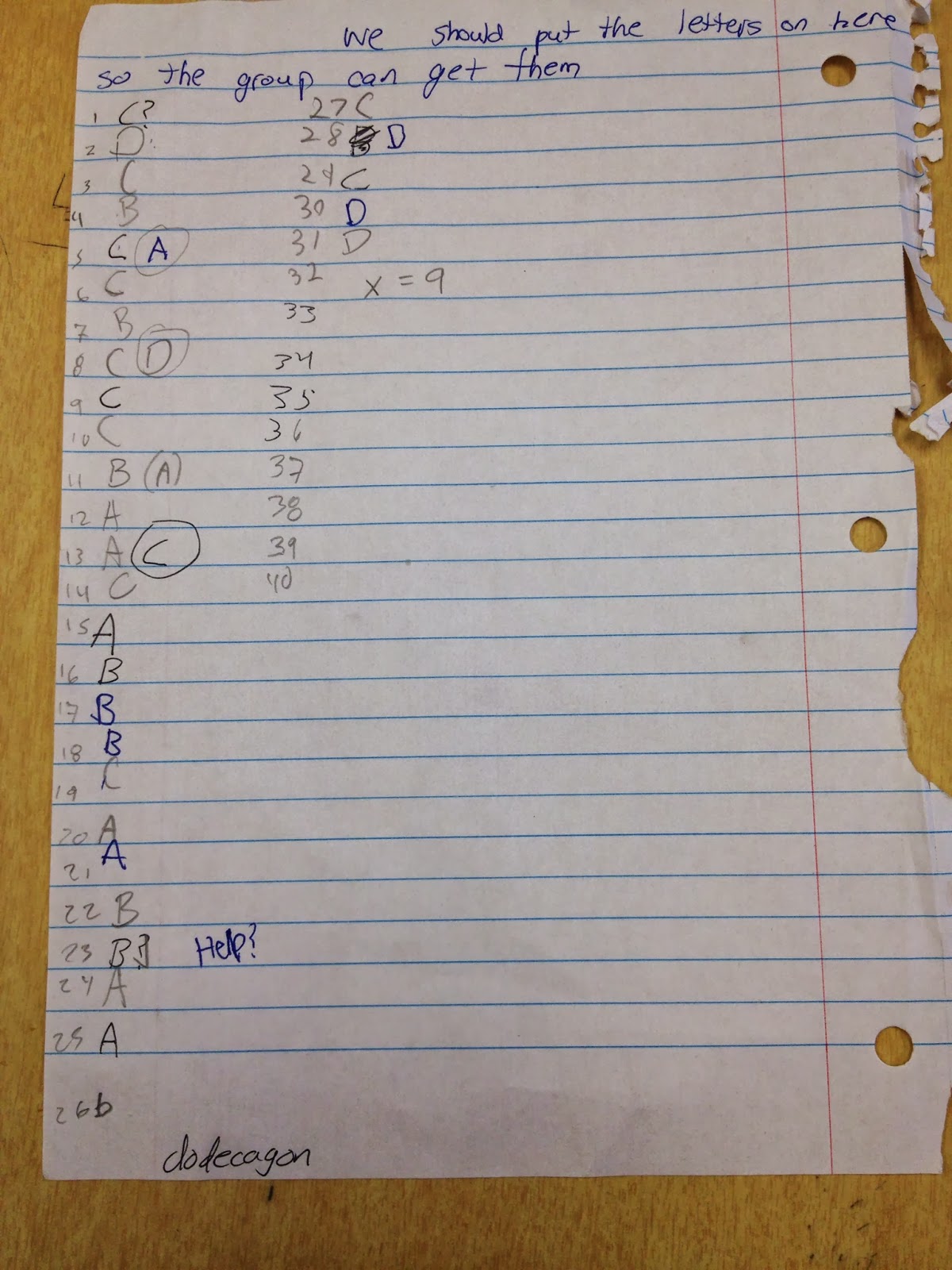 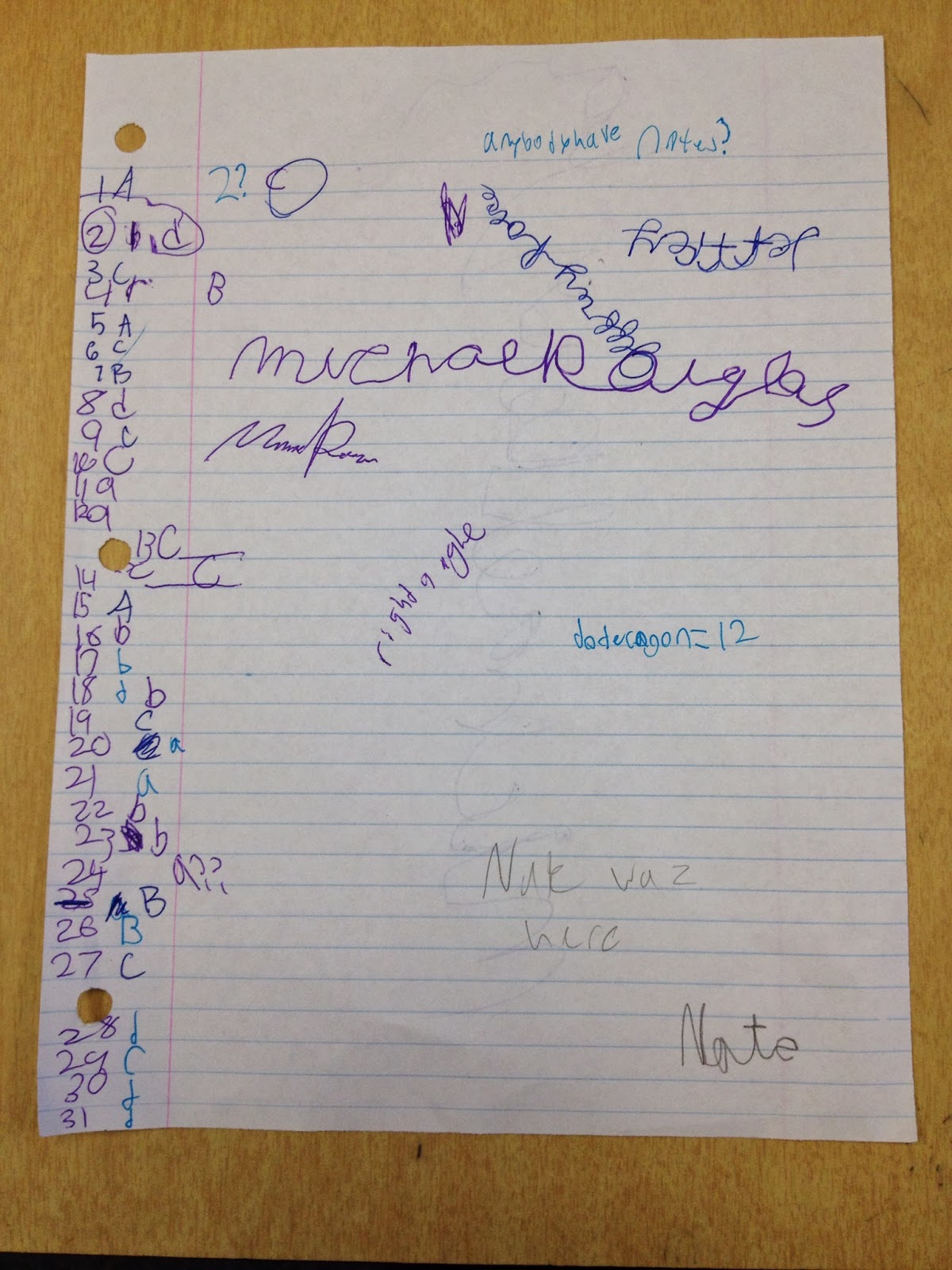 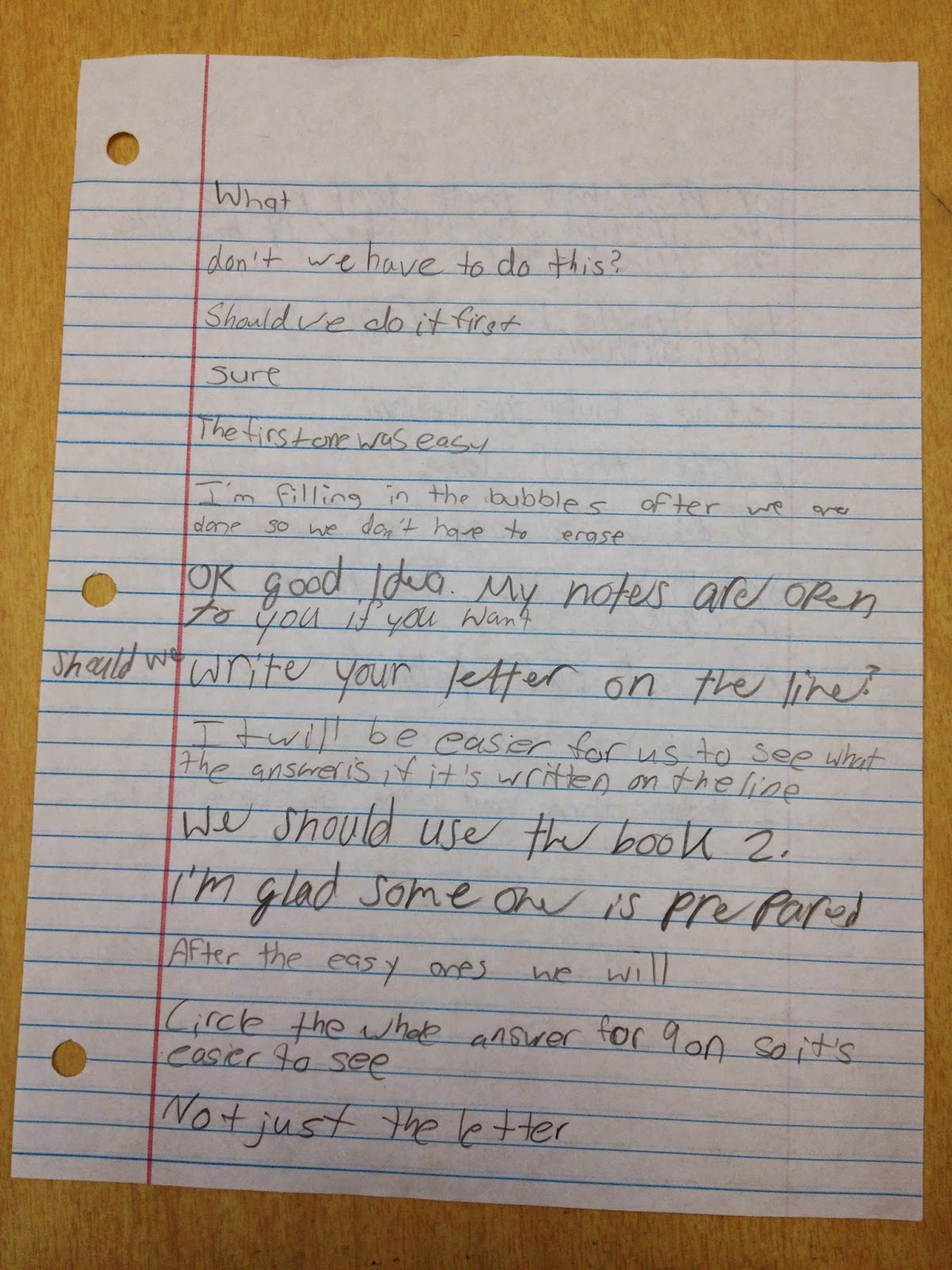 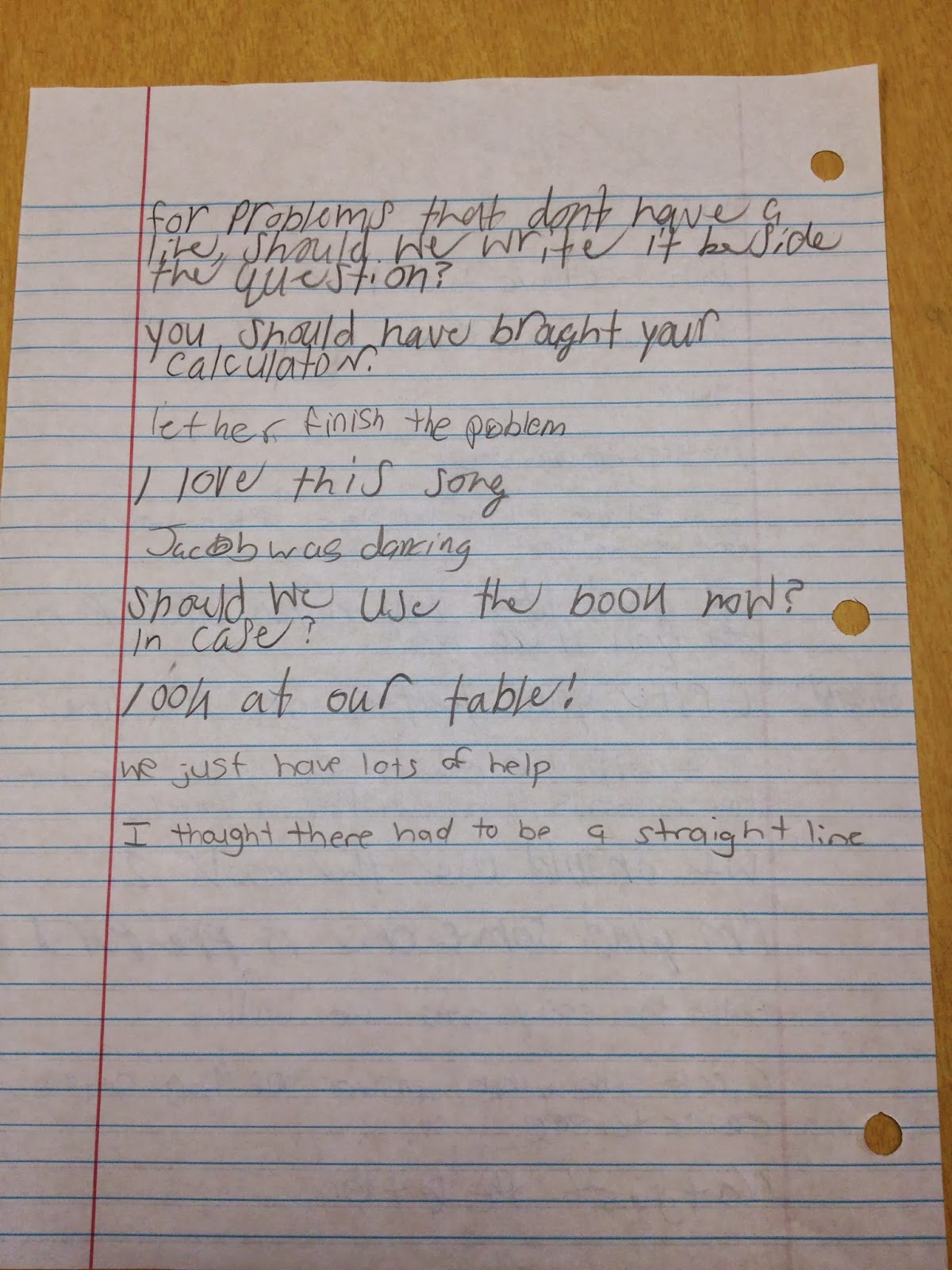 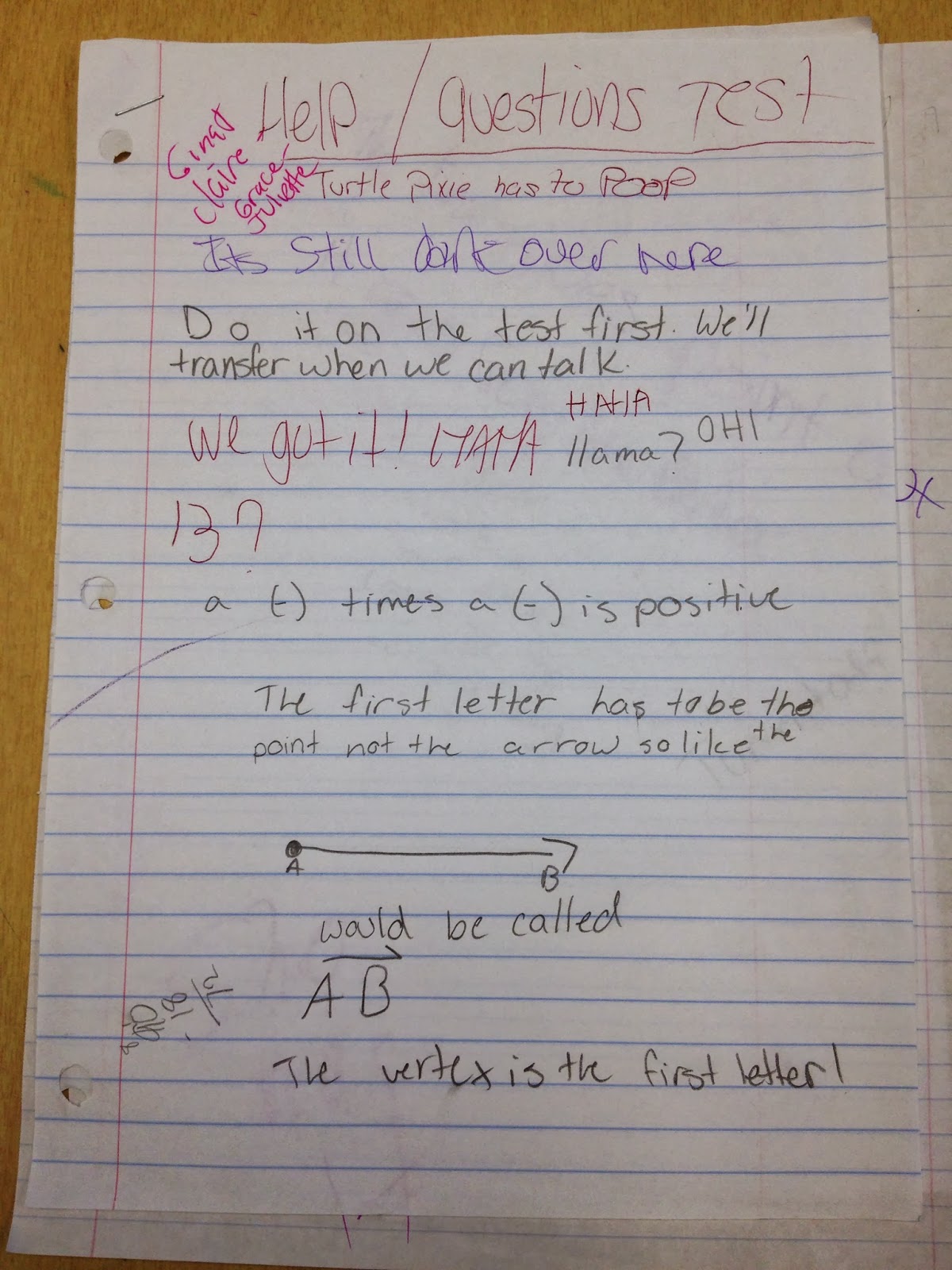 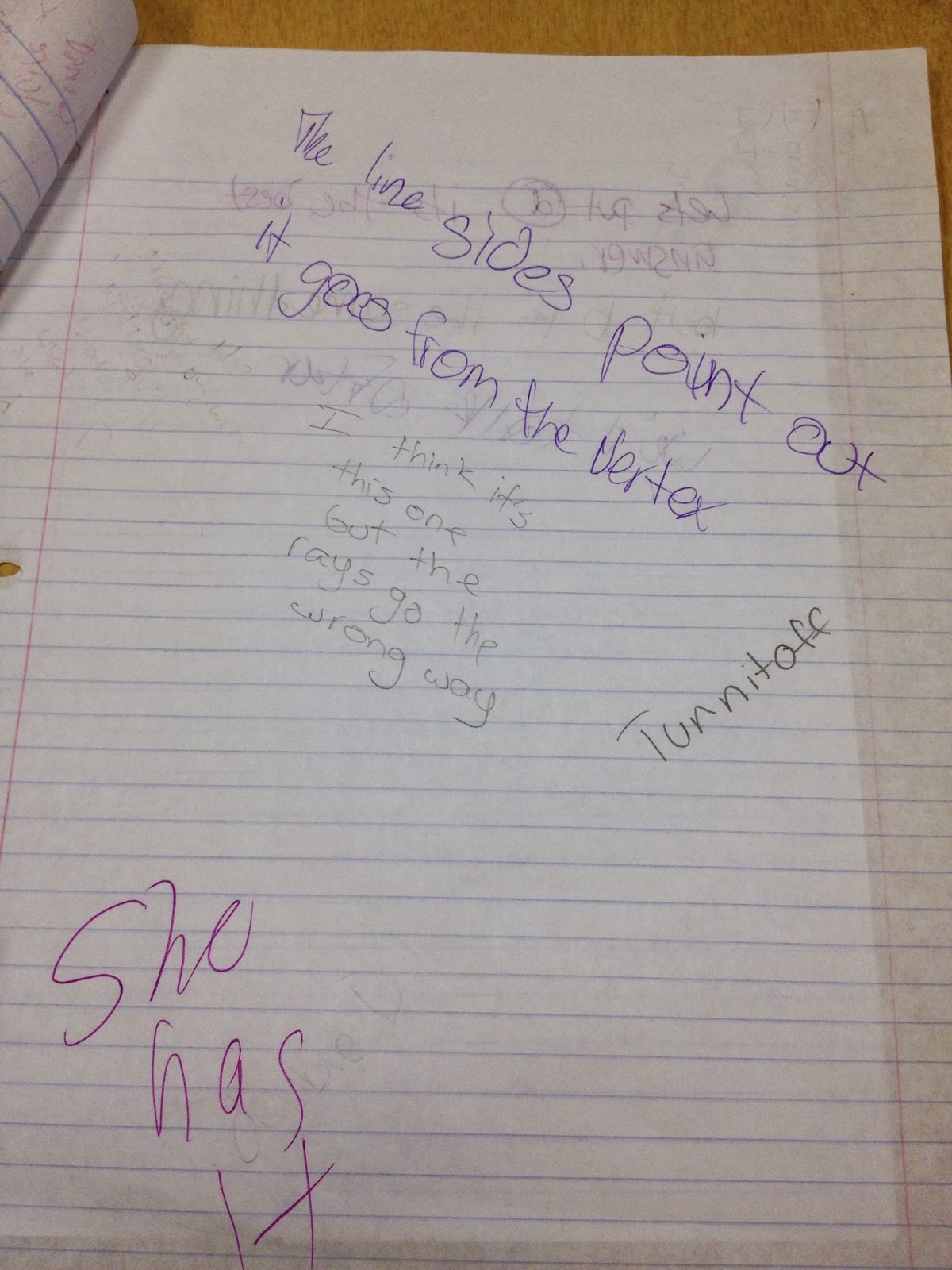 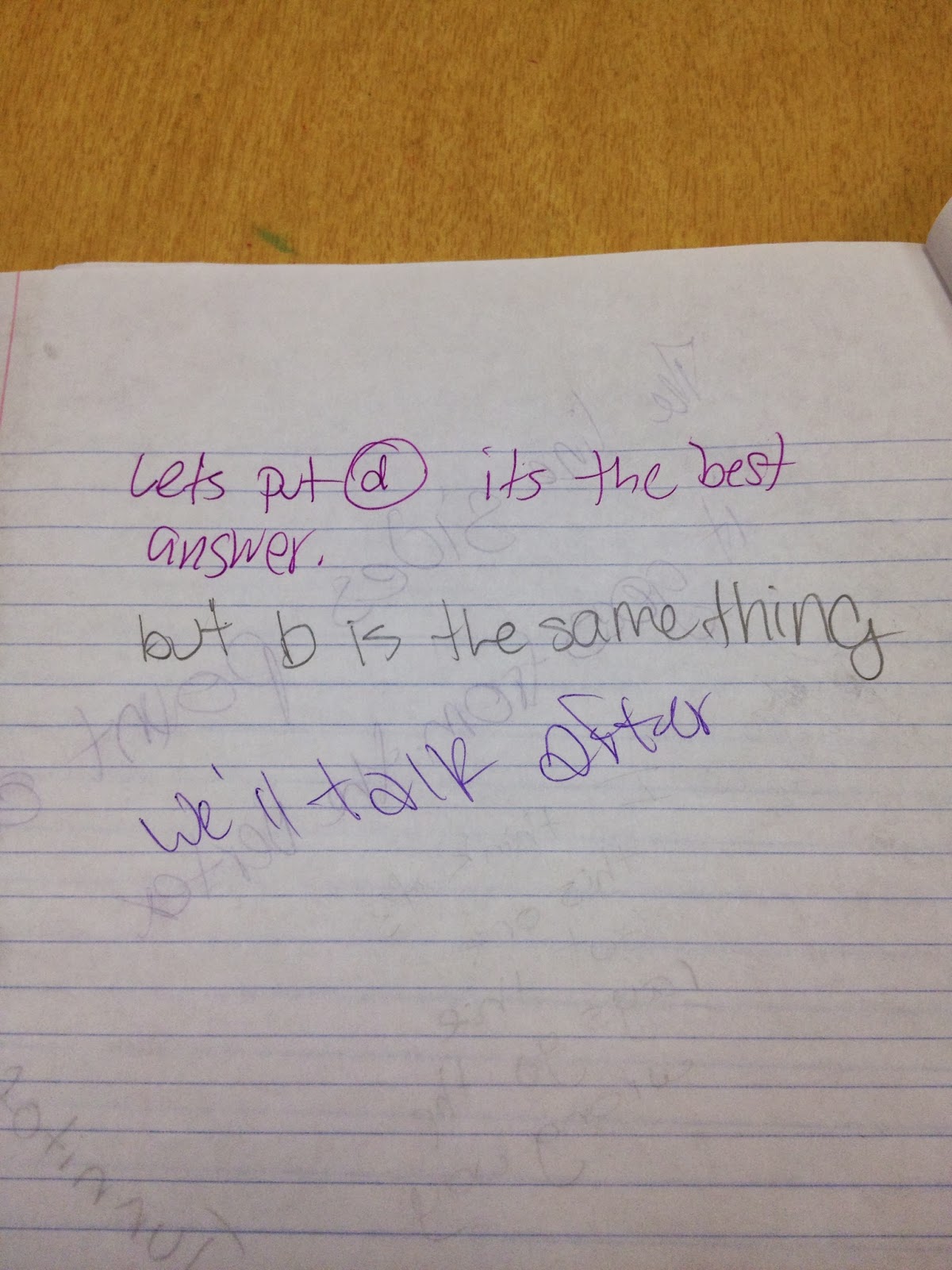 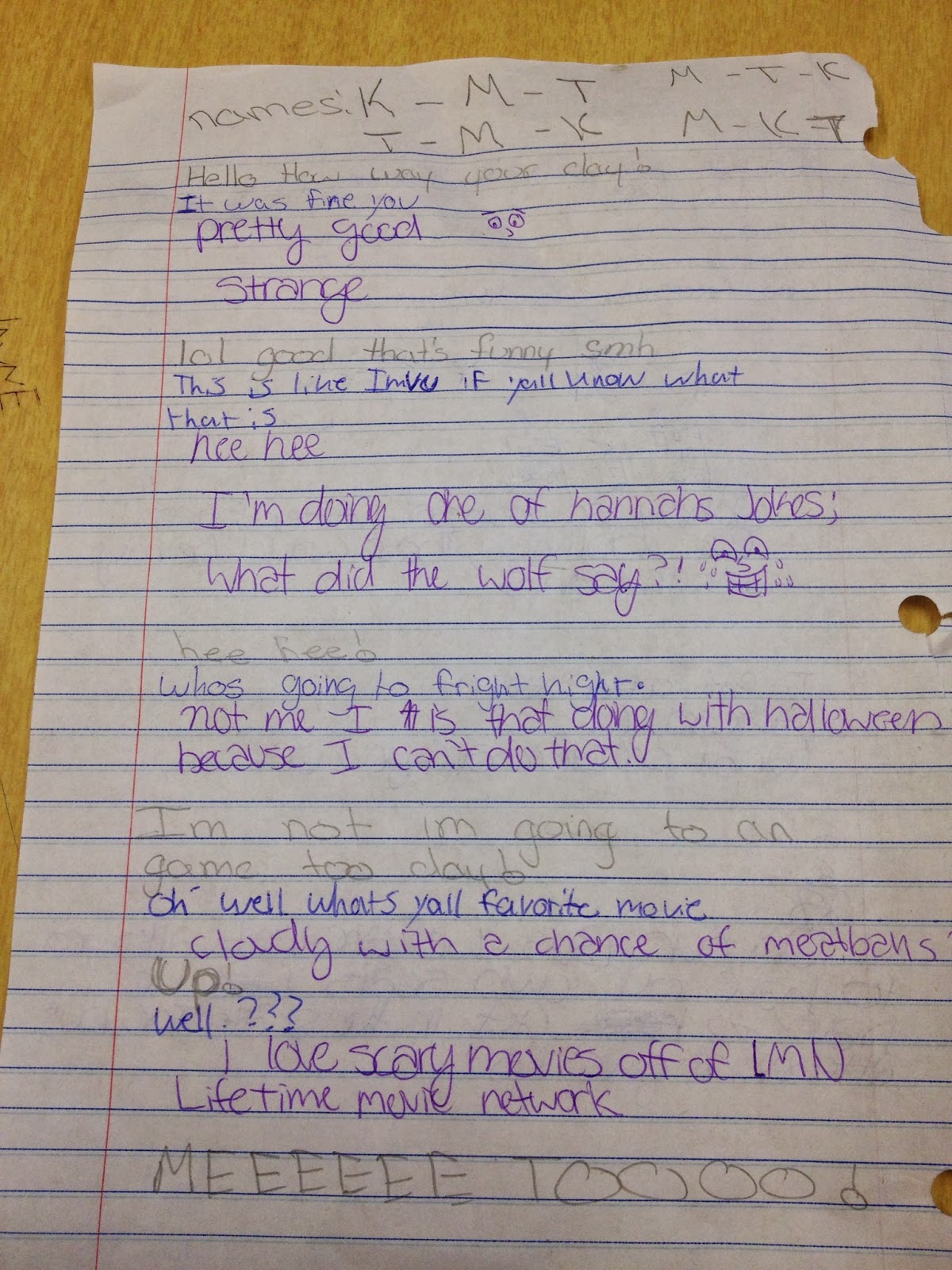 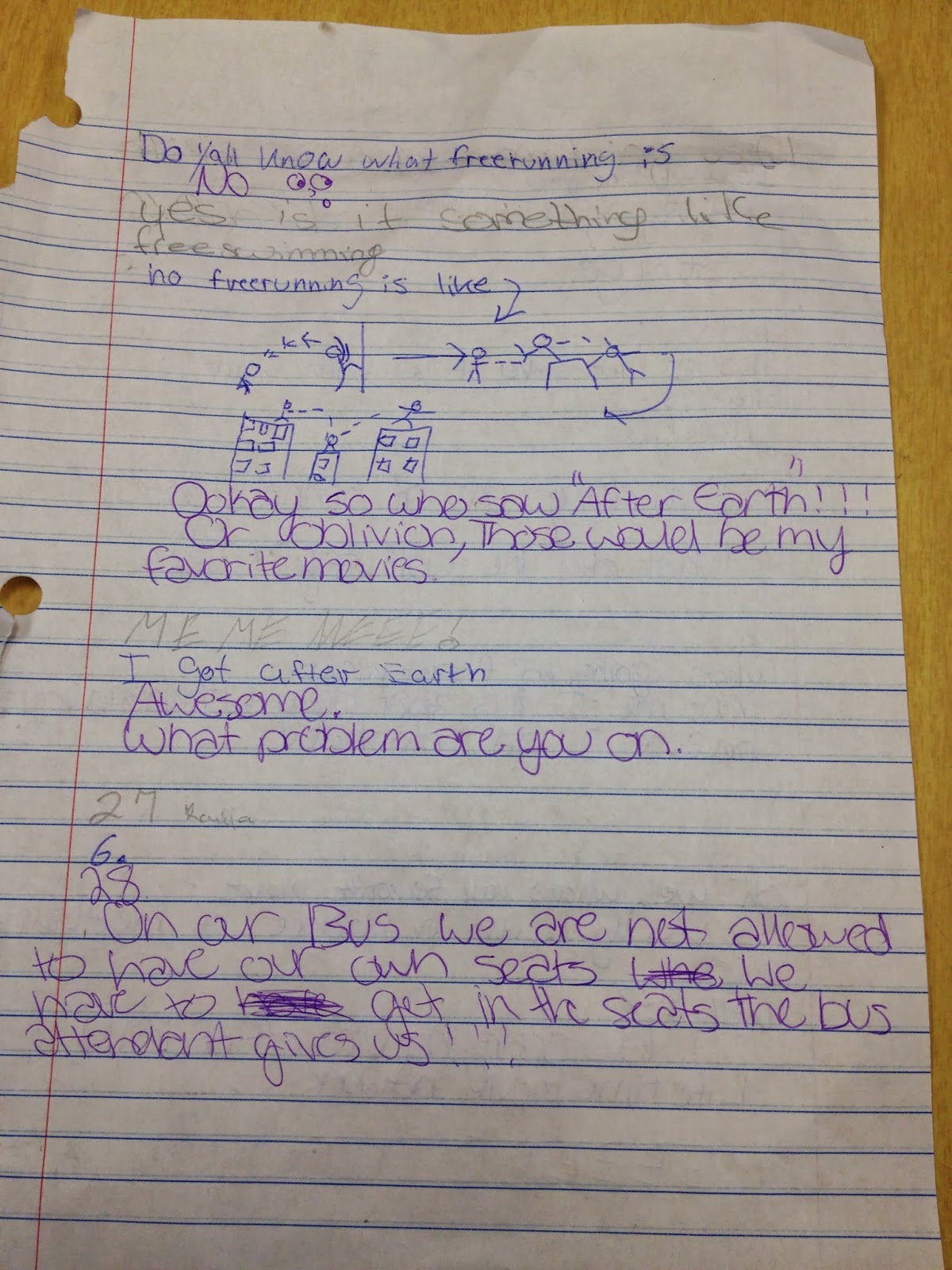 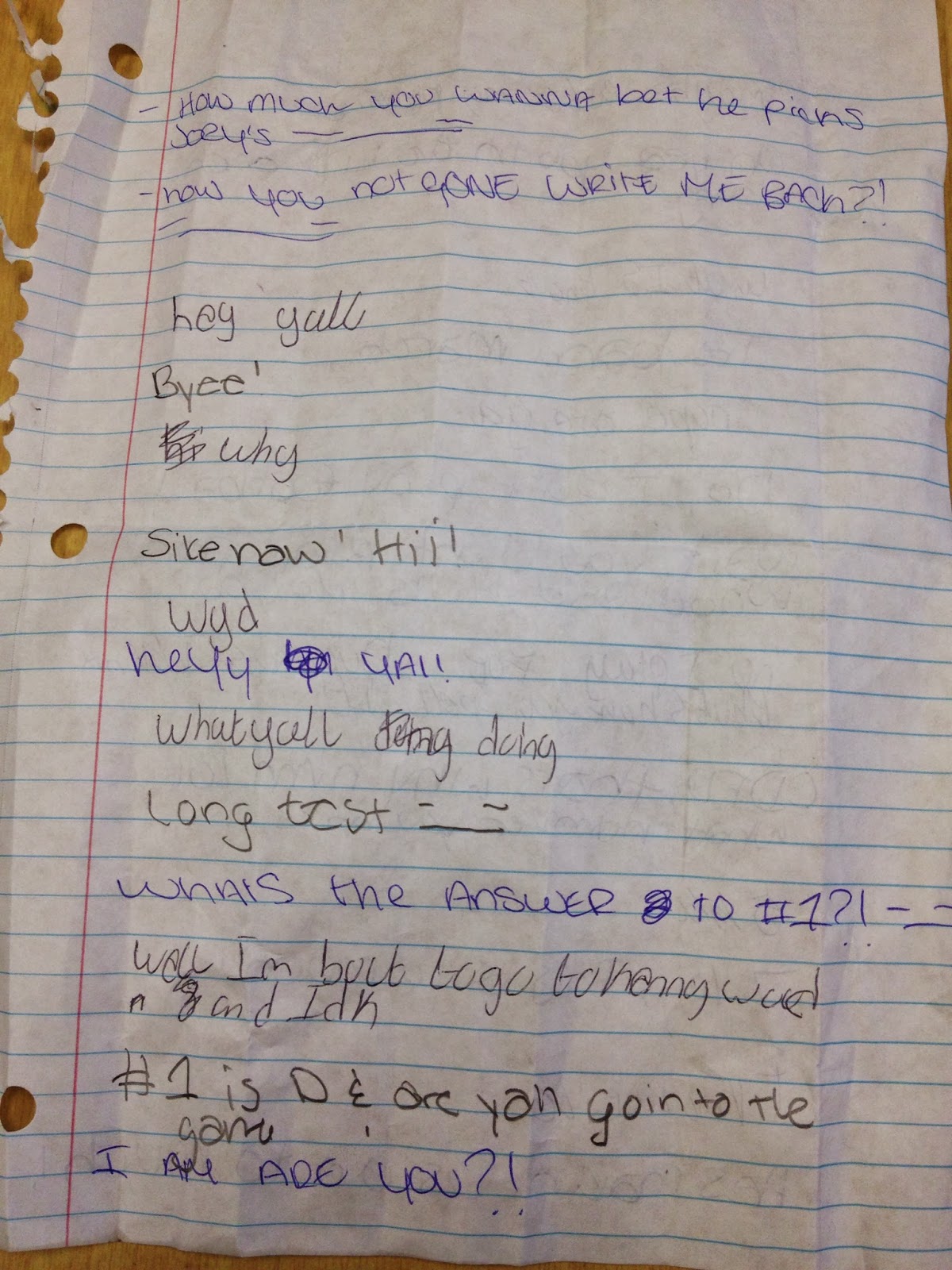 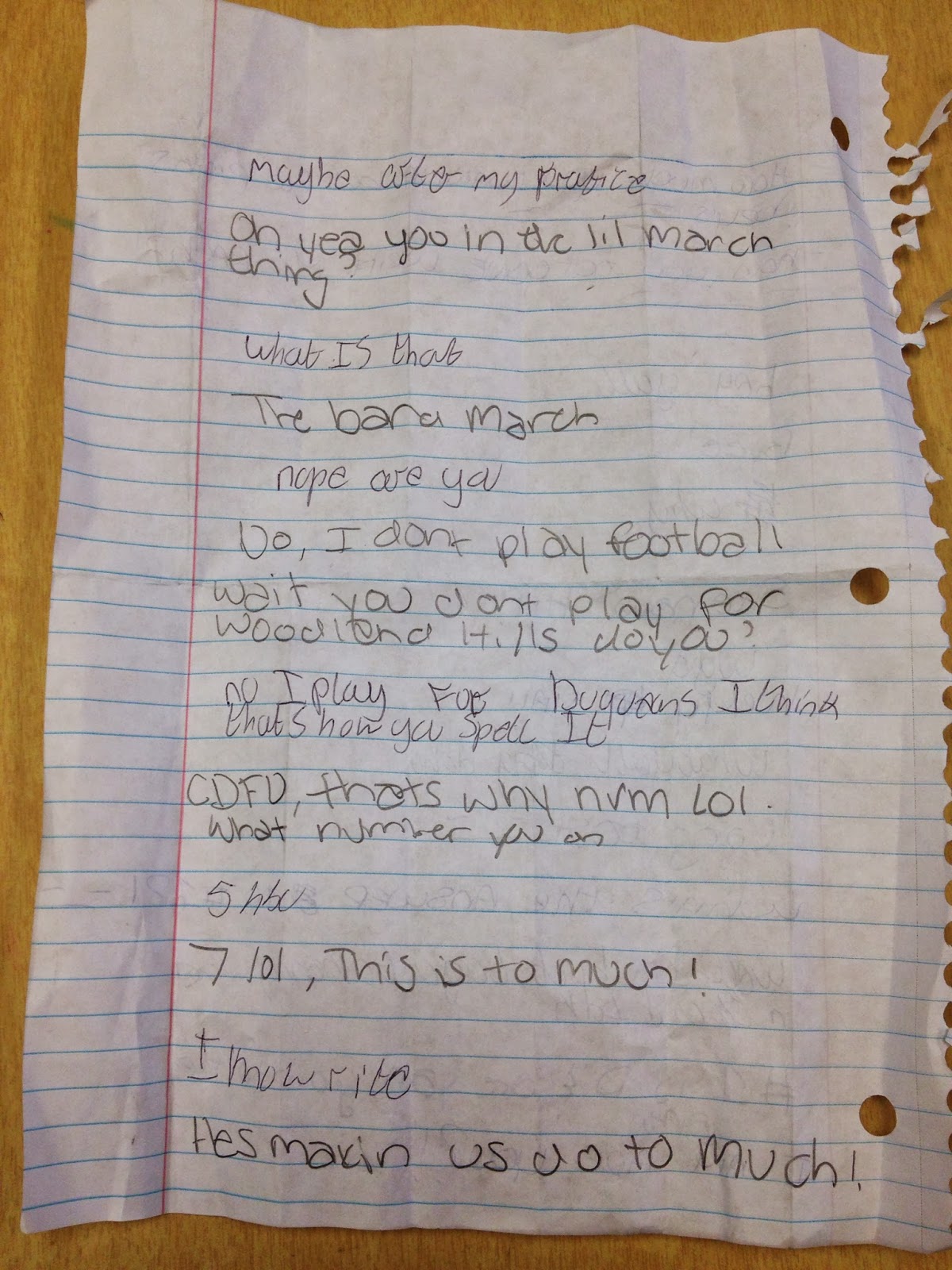 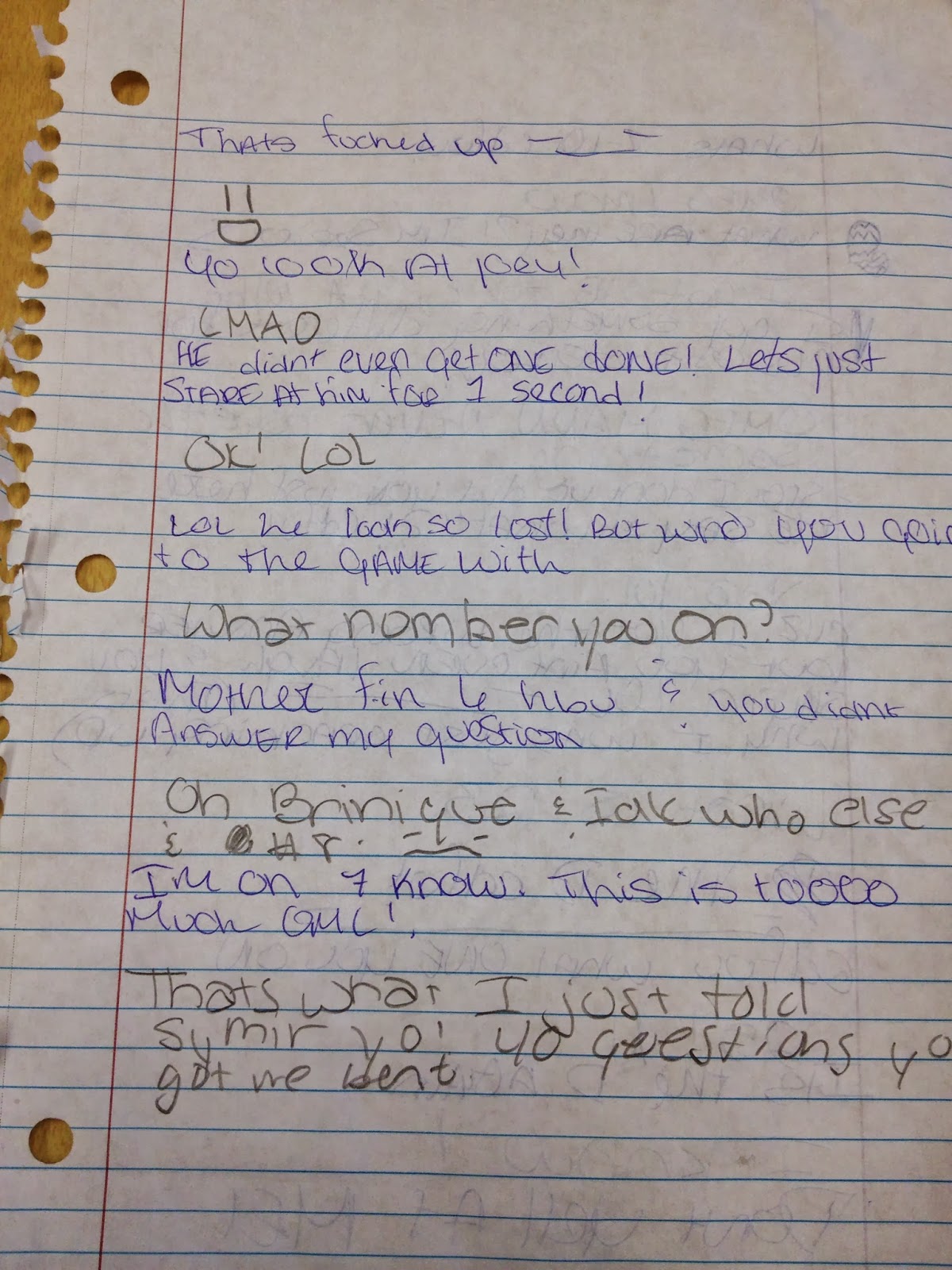 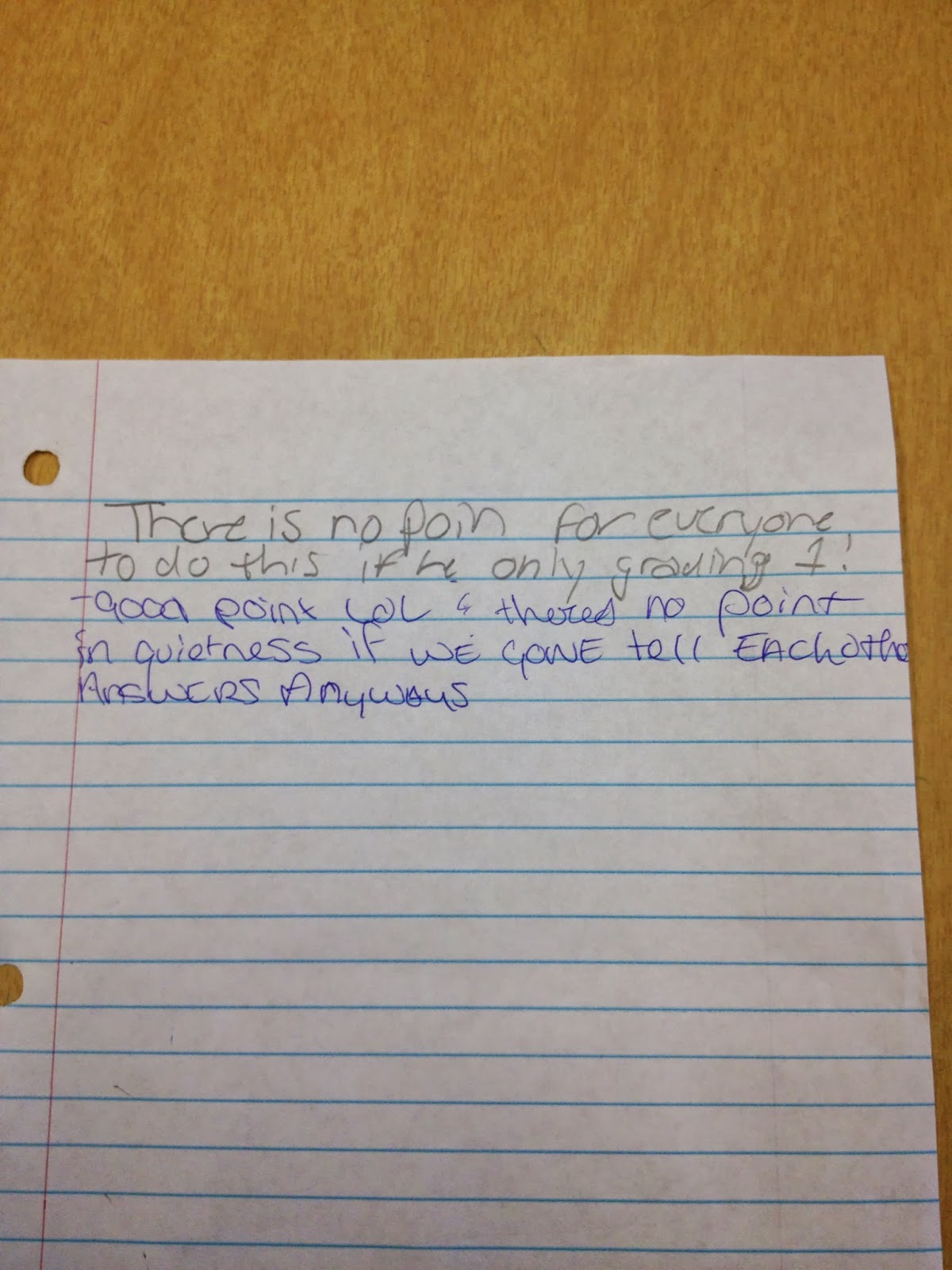 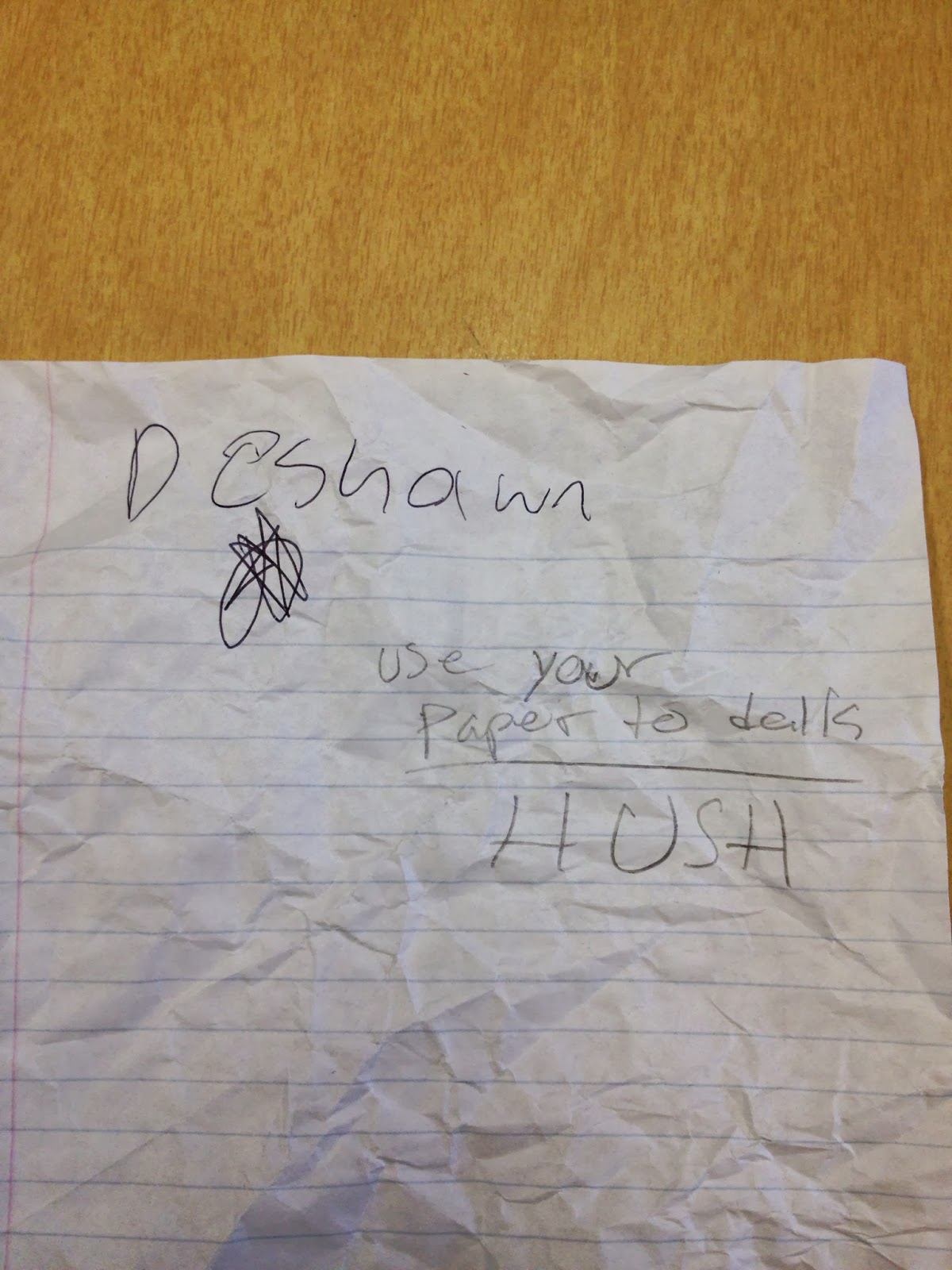 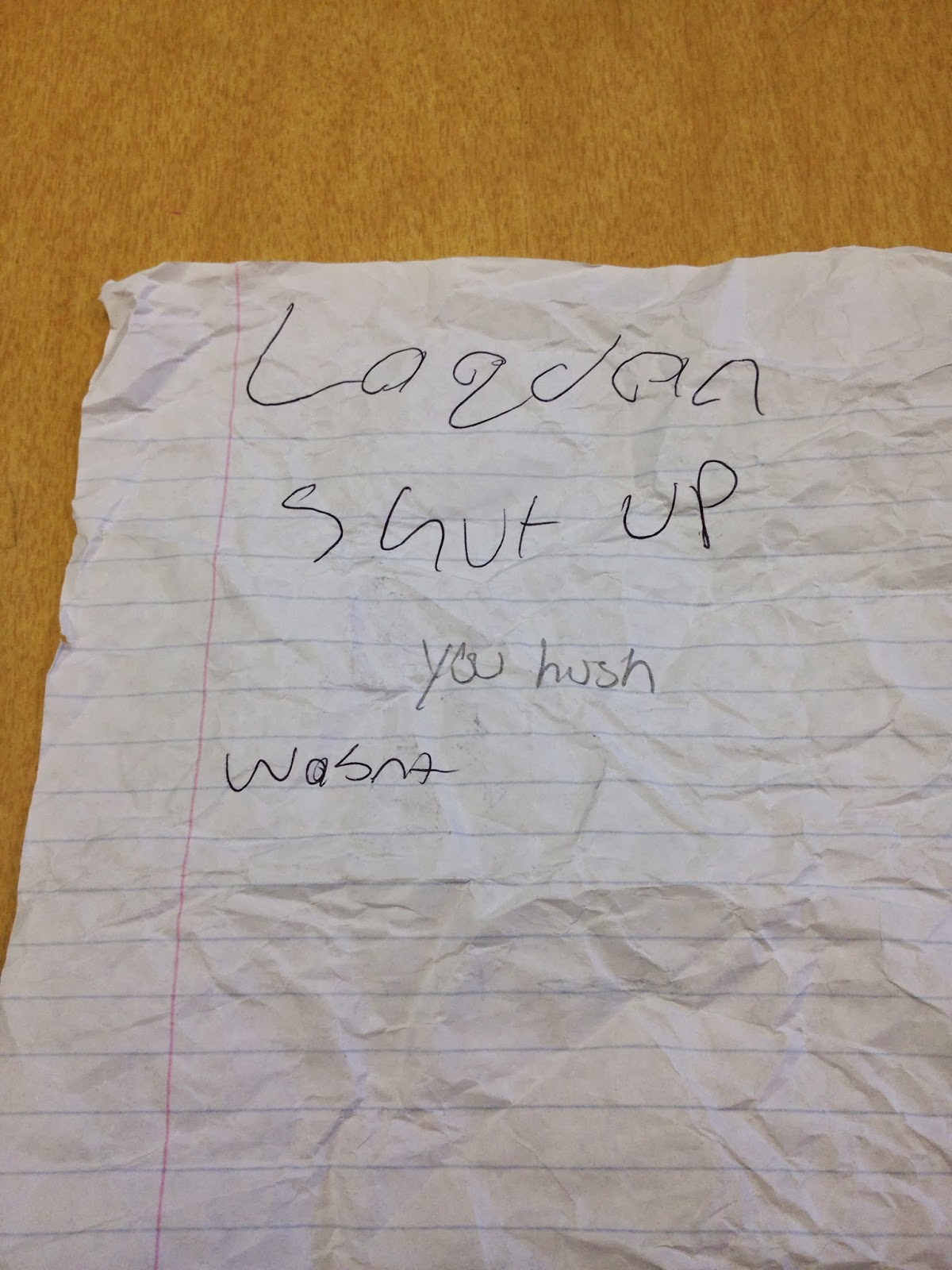 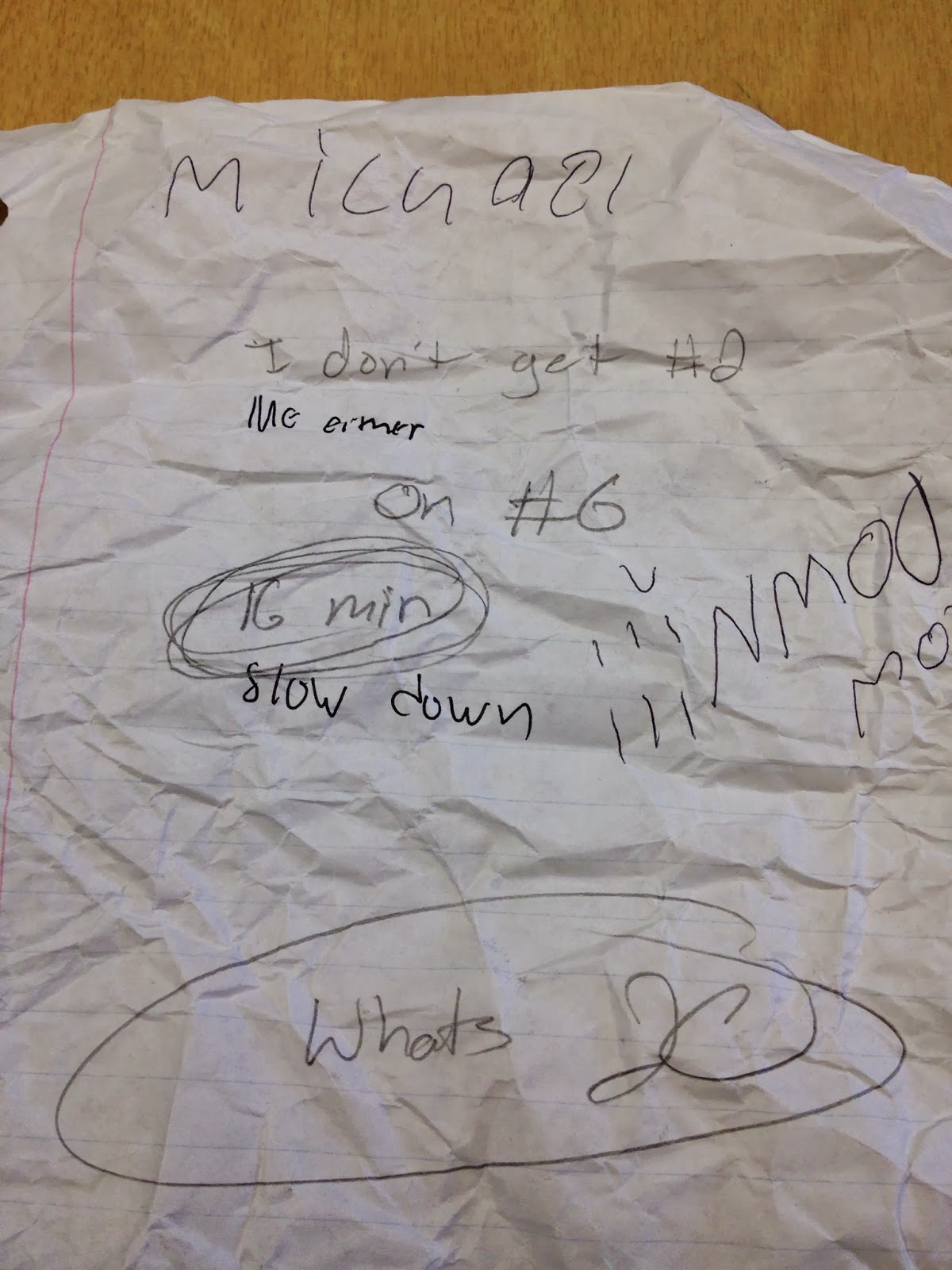 After the 25 minutes had passed, they were allowed to talk quietly in their groups, consulting with each other about their answers and work.  When they were finished working, they turned in their tests as a group.  I picked one at random and everyone in the group received that grade.

The geometry students excelled in this environment!  MANY complained at the start about their groups because they didn't get to be with their friends and were worried that they wouldn't work well.  By the end, those students told me "this was a pretty good group!"  In addition, it allowed students who normally sit with their friends to be "placed" in other groups where they worked very well.  Several students with bad behavior reps among the others were able to publicly prove their skills.  I was very pleased.

The class in general REALLY loved this type of test format because it allowed them to talk through what they were thinking and hear other perspectives.  I was a little concerned that one person would do all the work and the rest would copy, but that didn't happen.  This group of high flyers seems to have such a burning desire to be right and do well that they argued their points until they were either refuted or convinced their group mates.

After they completed the test, I gave them the imbalance problems from Paul Salomon for weekend homework.  I expect great things from them.  When I told them that I would not be in on Monday, they actually went "Aaaaaawwww......"  I'm depressingly unfamiliar with students WANTING me to be at school.

It was a thing of beauty.  I think next time, I may try to include a part that is ACTUALLY individual and collect it before I hand out the group work.

In the pre-algebra classes,I used the same test format with interesting results.  First, I told them that the group would all get the same grade, but that ended up not happening.  The groups handed in papers that were not identical, which I found confusing.  They were all, with the exception of 1 group, within 4 points of each other.

I let them pick their own groups on the off-chance that someone would complain about the group they were in so that I could have THIS conversation (which happened):

I think it was a very good teachable moment.  There are a ton of people that I really like to hang out with, but if I had to rely on them for work-related things, I might end up in jail.  I'm sure there are many people who feel the same about me.

One student apparently asked me for a pencil, but since I didn't hear him, he put his head down and refused to do his test.  His group tried several times to get him back to work to no avail.  I was unwilling to penalize them for his actions.  So I called his house in an effort to help him get back on track.  I think that he may be lost in general and this exercise could have really helped to bring him back.

Overall, I was very pleased with how today went.  I allowed more time than I normally would for a test, but it was productive work with LOTS of accountable talk.

The wife is taking my daughters up to her parents for the night so I'm going to decompress from this week with a run, some Chinese food and then action movies in my underwear! (Watching, not making.  Although...nah.)  Then it's up early tomorrow for EDCAMPPGH!!!  I'm super excited for Saturday professional development and I'm not even kidding!

Also, former students came to visit me and hang out today!  YAY!
Email ThisBlogThis!Share to TwitterShare to FacebookShare to Pinterest