Posted by Justin at 4:25 PM
I wear my heart on my sleeve.  I'm really great at hiding my happiness, but not great at hiding my unhappiness.  I hate this about myself.  I hate that my students know when I'm in a bad mood because I'm not able to set it aside, especially when it has nothing to do with them.

Over the day though, it turned out to be to their benefit and mine.

We had a school mandated warm-up in all classes, which turned out to lead to some interesting discussion.  The summarized version looks like this:

Given that puppies have a gestation period of 9 weeks, have an average of 6 puppies in a litter and can reproduce at around a year old, is it possible to have 67,000 dogs at the end of 6 years?

I asked the students how they might try to answer the question and we ended up developing a tree diagram, quickly discovering that there is exponential growth.  The geometry kids got really into the numbers, while the math 8 students put their effort into finding a pattern.  Both methods were excellent and I thought it really showed the differences between the two classes.

After that, I gave my geometry students a few copies of Erich Friedman's weight puzzles which deal with balancing mobile.  It took them a few minutes to understand what was happening in the puzzle and how to start, but then they worked VERY hard on them for almost an hour!

I decided that since the math 8 classes are not where I want them to be in terms of skills, and since we need to have a chapter test this week, I would play a review game!  We played 1-Step Equation Bingo and the kids were completely into it.  I didn't give them any answers, only the equations and bingo cards filled with integers.  I told them that if they yelled out an answer, they would be doing the work for someone else who might get Bingo before them.  That shut them up and sent suspicious stares darting around the room.  It was perfect.

After two rounds, near the end of which things started to devolve, I gave them a simple Shikaku puzzle and showed them how it worked.  I was stunned at how into it the kids were. 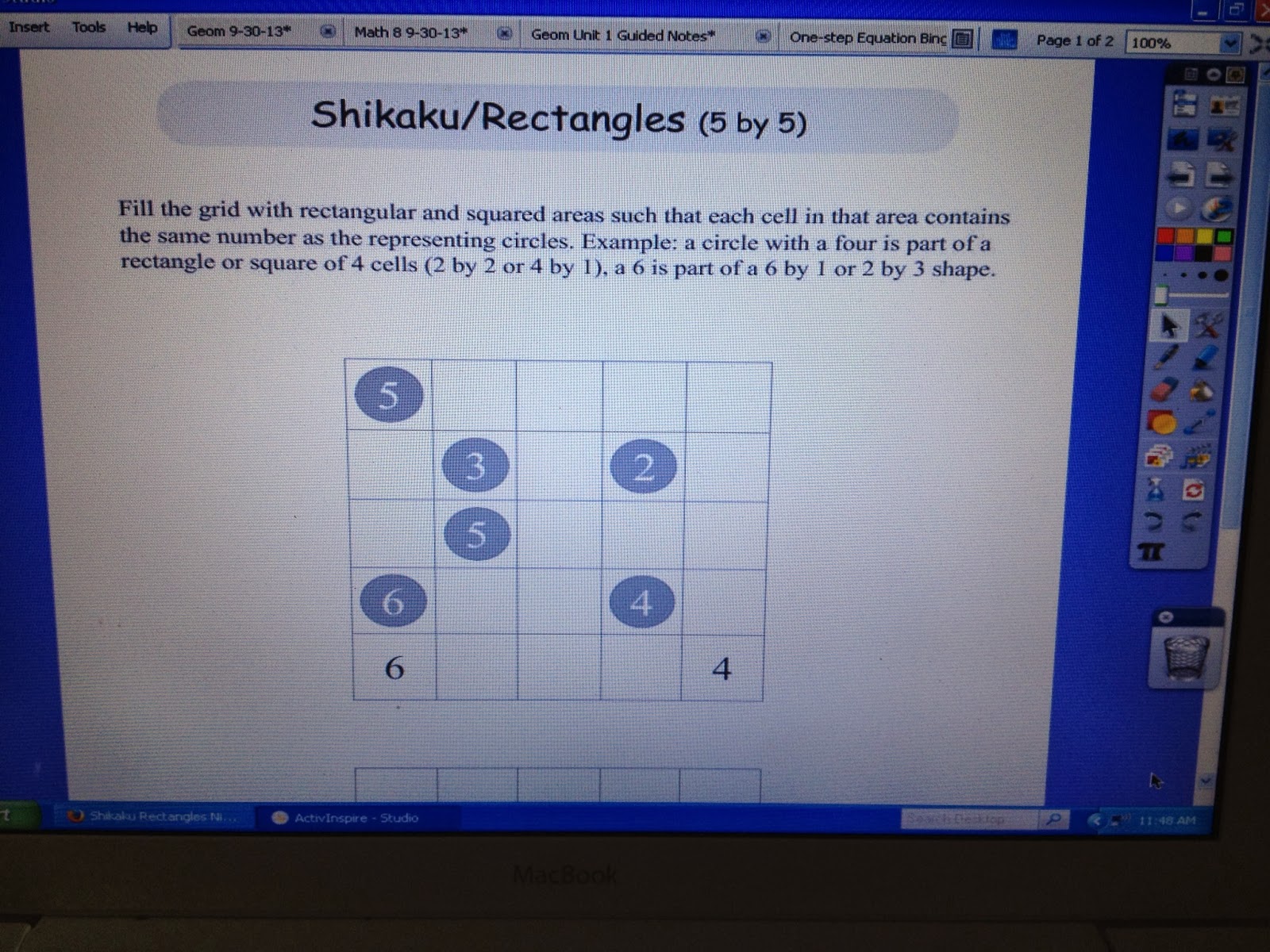 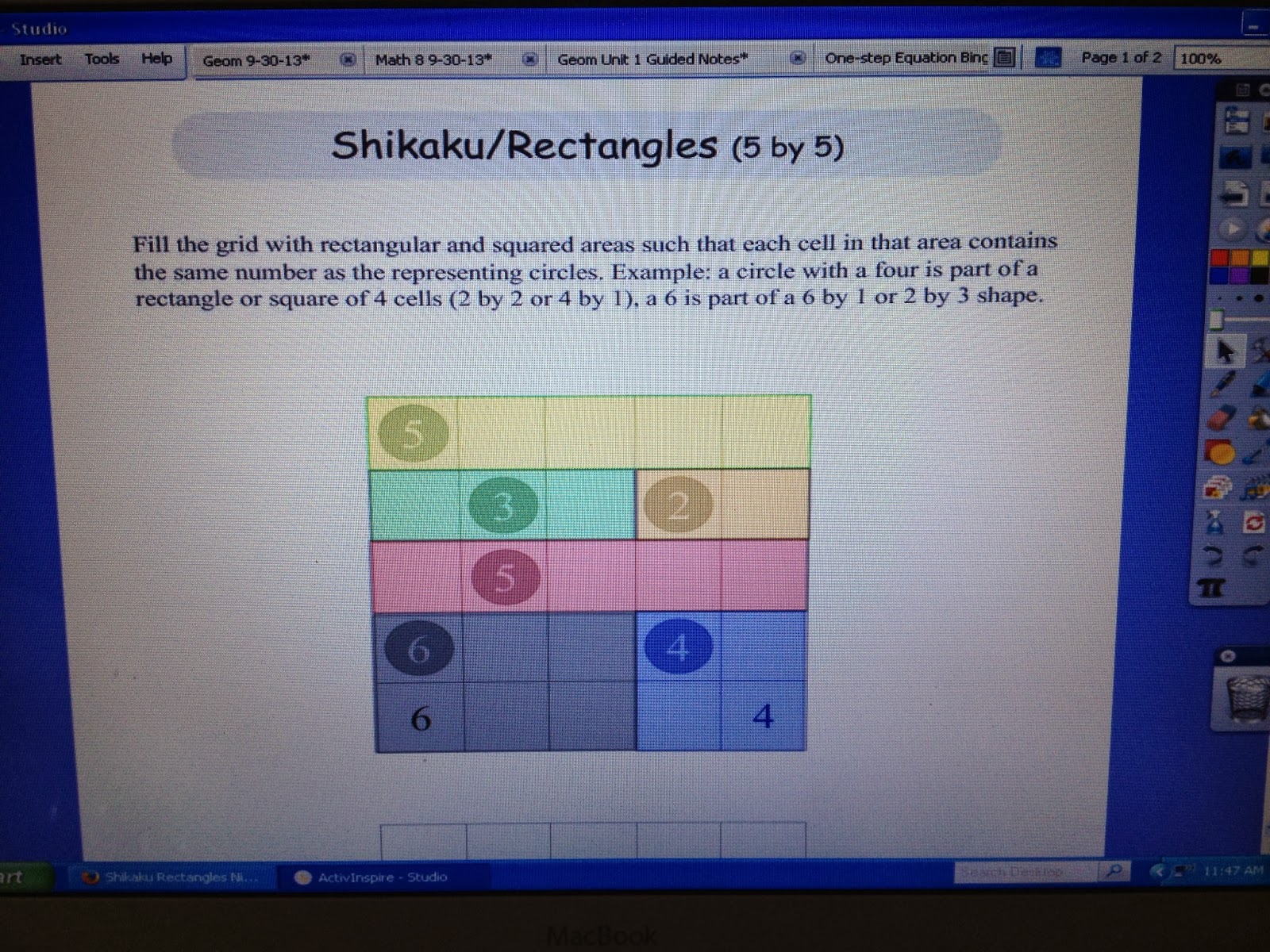 I'm going to start keeping a collection of puzzles in the room for kids to work on when they are finished with their assignments.  If I can get them to do good work so they can do work disguised as fun, I'll bottle it and make a million dollars!

Then it will be over-sized glasses and duckface 24/7!