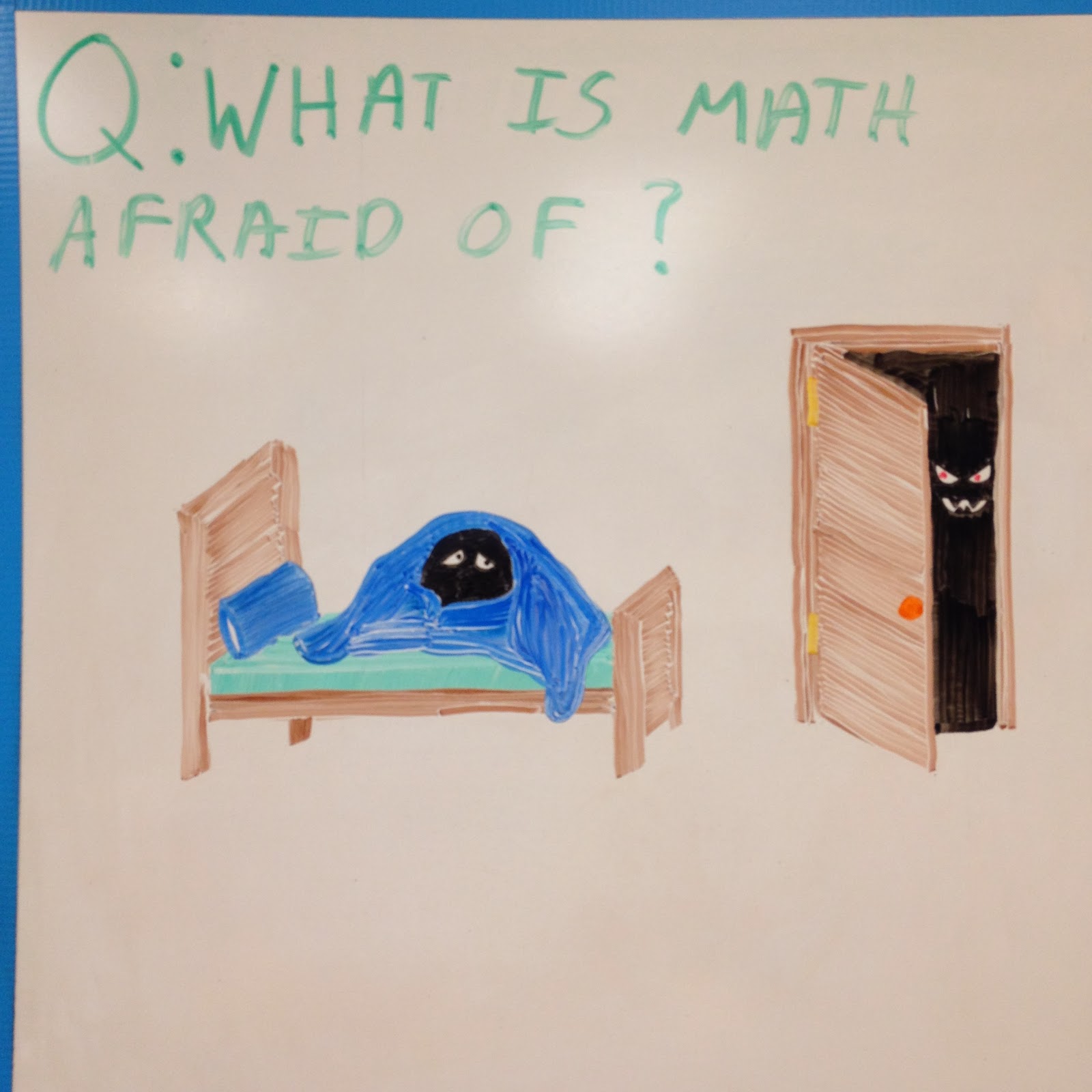 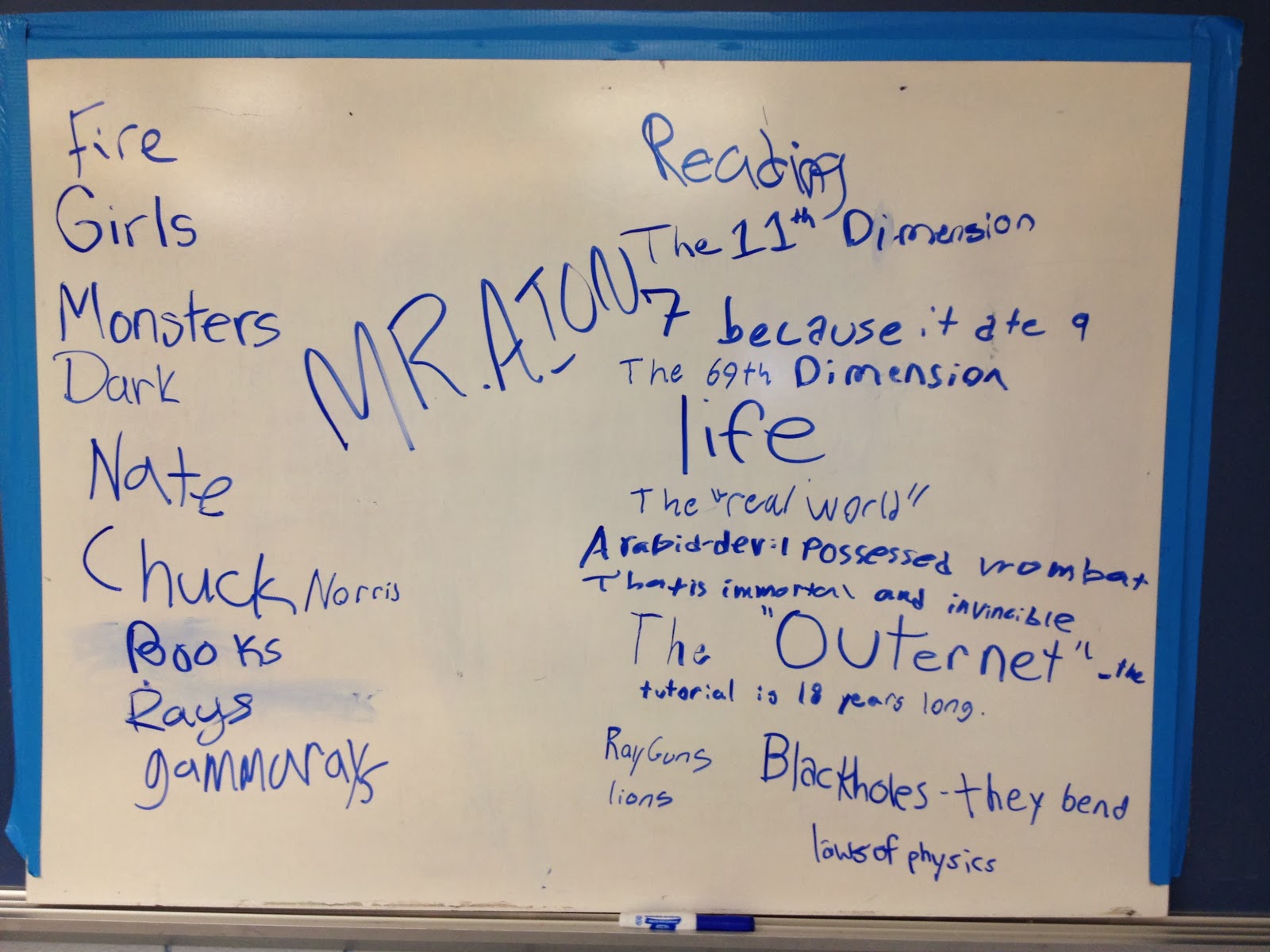 I don't spend enough time telling my students how proud I am of them.  Every person is fighting a battle that other people know nothing about.  I have a tendency to forget this.

Since I spent all of geometry yesterday talking about theoretical physics, today we I gave the students the chapter test review from Monday.  I also gave them another problem from Go Geometry as a practice problem/puzzle.

Immediately, several differences between this class and the pre-algebra classes became apparent.

First, every group was instantly on task, not wanting to waste a minute of review.  I had to constantly be on top of the pre-algebra groups to keep them on task.

Next, I overheard several comments similar to "that problem is TOO easy! We won't get good practice and he won't pick it for the test!"  I had to remind several groups that the "Easy" problems should be ones that they know with minimal thinking, while the "Hard" ones should be difficult, but still doable in a reasonable amount of time.  These reminders were usually followed up by "This problem you have listed as 'Easy' is actually a 'Medium' or 'Hard.'"  I debated keeping my big mouth shut and letting them work those problems out, but I didn't want them to get stumped on a problem they thought was "easy" and lose confidence in their abilities.

The accountable talk around the room was amazing.

The pre-algebra students were put into groups and worked on a practice chapter test.  They were told that all students in the group would earn the same grade and if that grade was an A, the students in that group wouldn't have to take the REAL test.  In 4th period, the students that one might classify as "lower-level" or "middle-level" students, the ones who typically struggle with the content, worked VERY hard.

The ones who could ace the test with minimal effort did almost nothing.  However, since the majority of the class was on task, I was able to focus attention on those students who needed the attention, either for academic or behavioral reasons.

The assignment was, however, about 20 minutes (or 10 questions) too long for the attention spans.  The groups worked VERY well until that point when they either burned out, lost interest, lost momentum, or found something shiny.


As bad I as felt at the end of the day yesterday, today was MUCH better.  It reminds me of something I desperately need to remember.

Every day is a new day.  Each one will be somewhere on the spectrum between heaven and hell.


This job is a lot of things, but boring is not one of them.
Email ThisBlogThis!Share to TwitterShare to FacebookShare to Pinterest