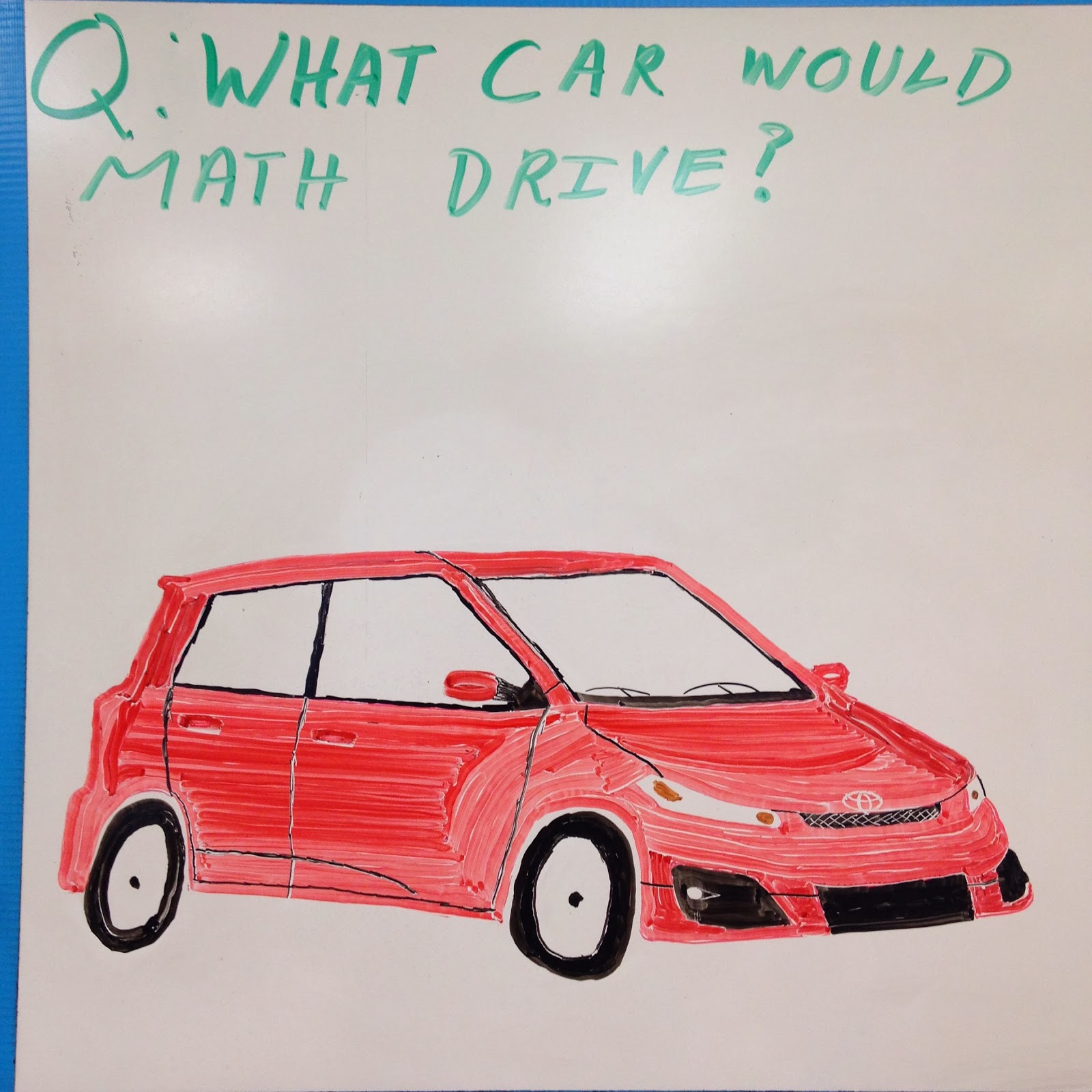 Midterm in Geometry.  I told them to make it VERY clear which answer they were choosing because in the case of ambiguity, I would mark it wrong. 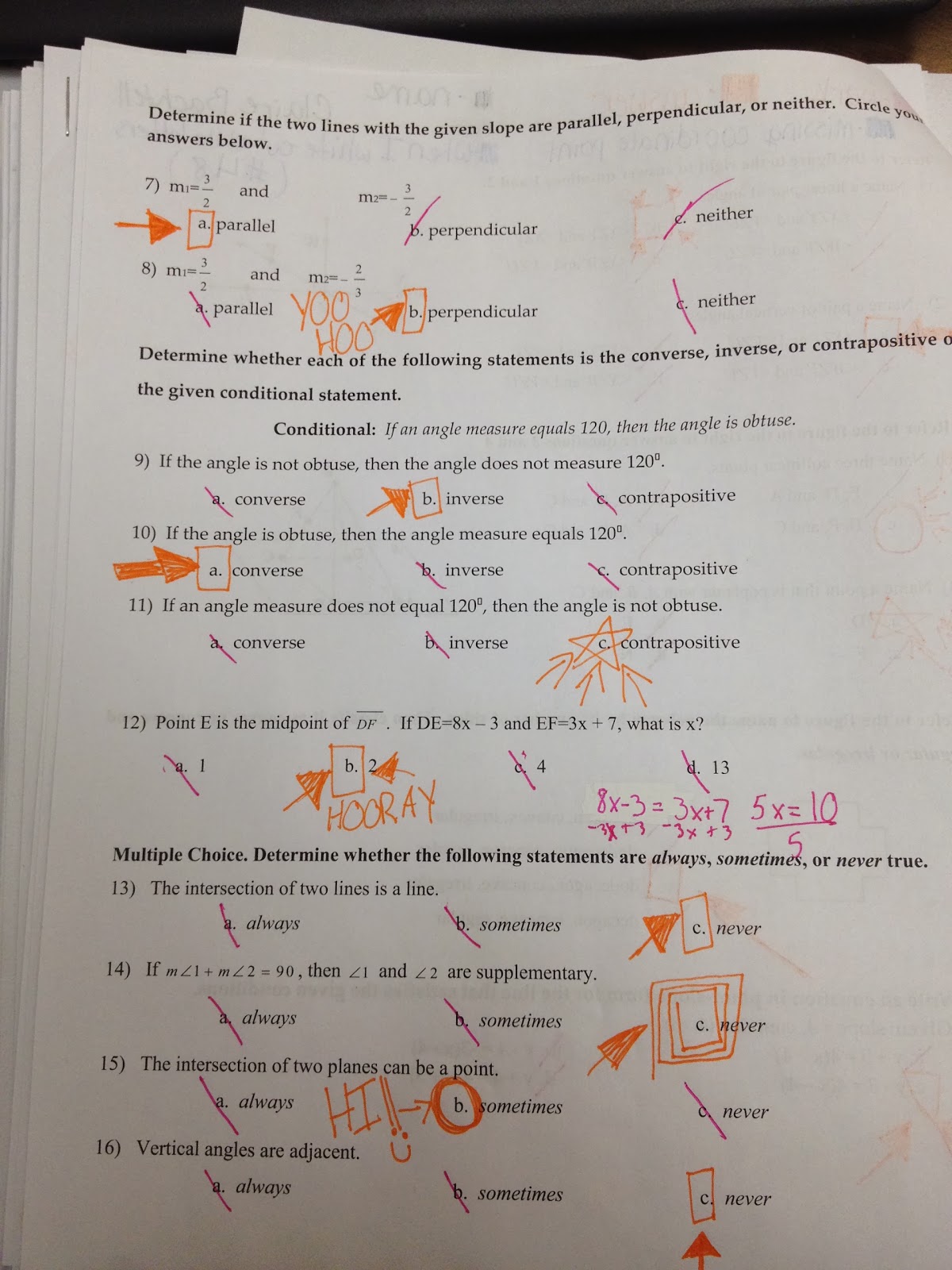 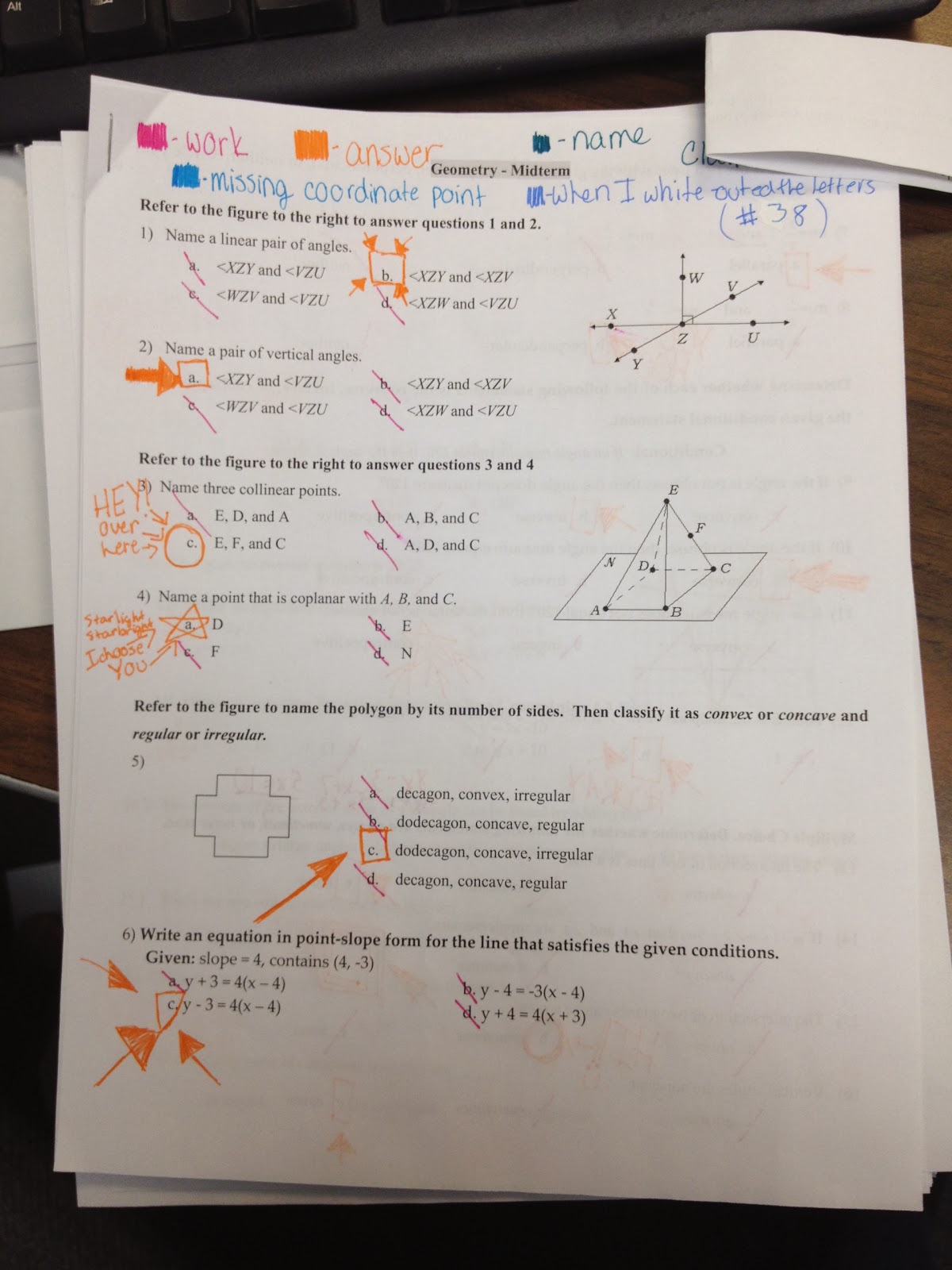 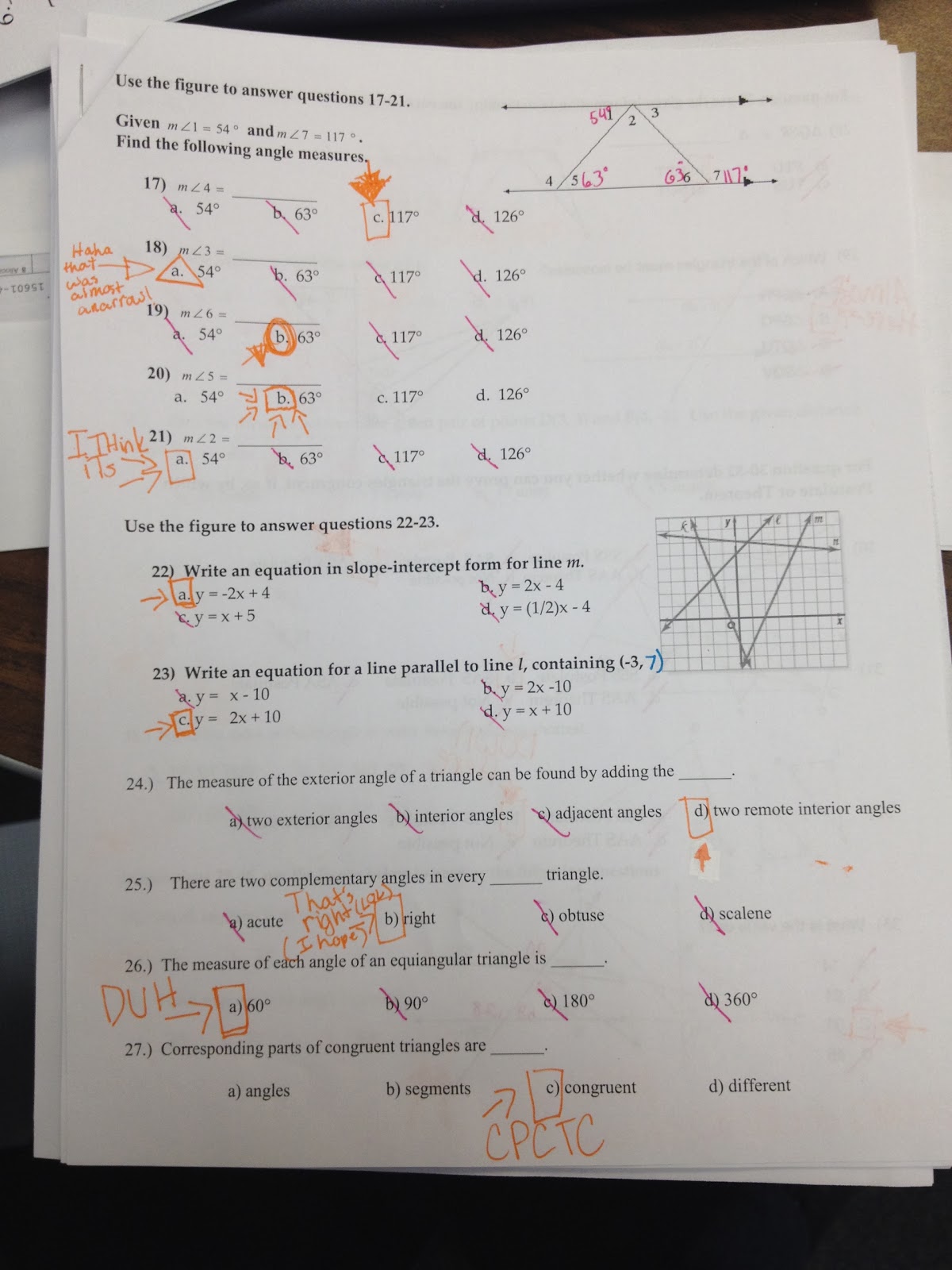 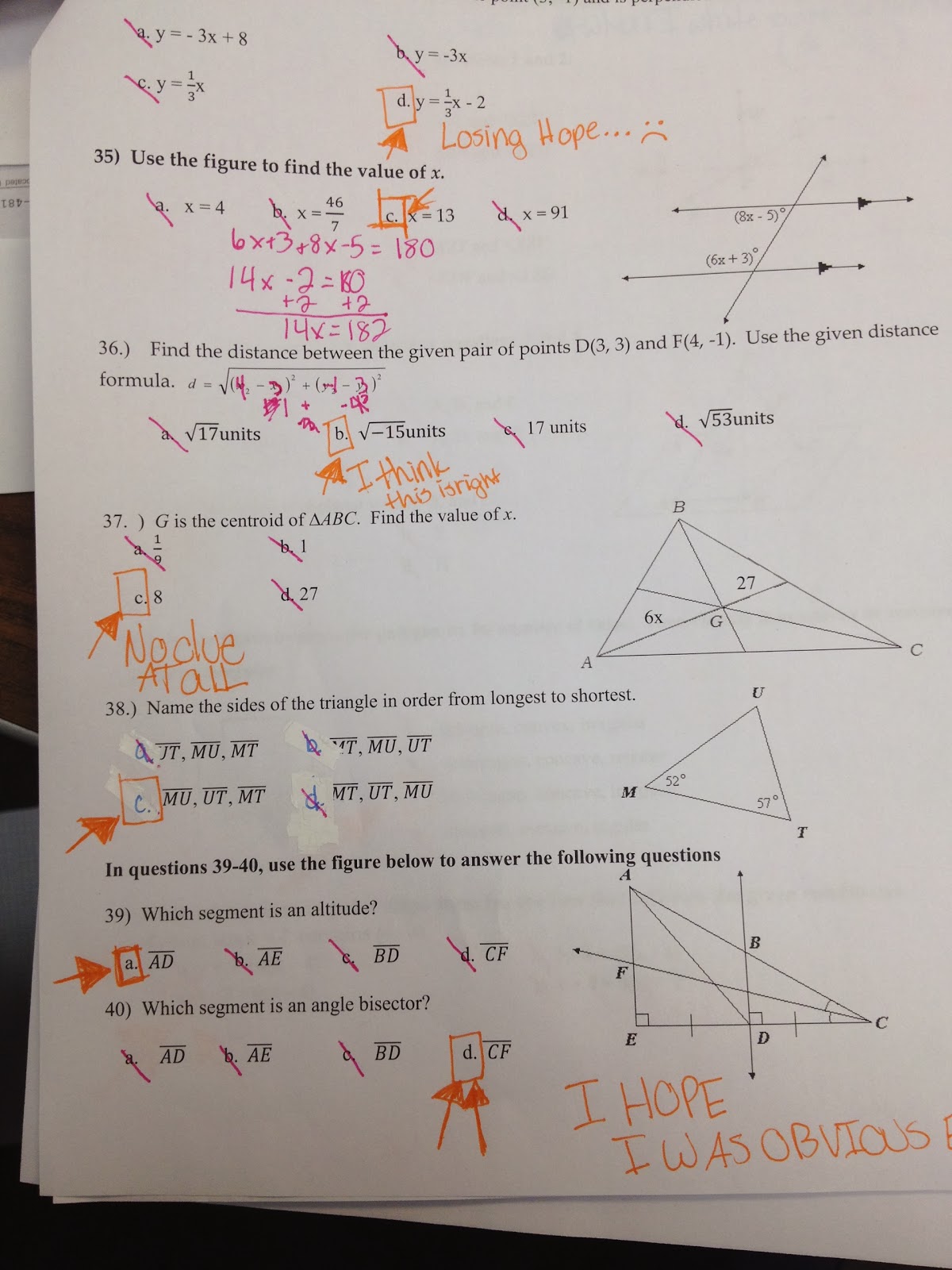 The results are mixed.  The facts are that they did not do nearly as well as I would like (60% average, mostly clustered around there with a few outliers in the 80's and 90's) and in addition to this, the problems that most of the students got wrong were ones that we had gone over in class.  Problems that I thought would be a stretch and would require more critical thinking and extension didn't seem to be a problem.

So then I think about analysis:

Optimist: Students have little retention for facts, but have developed excellent extrapolation skills.  When they encounter a problem that they KNOW they don't know (like the word "centroid" that was never mentioned in class), they attack it like a puzzle, determining which answers make sense, which ones don't and how to narrow it down.

In reality, this EXACTLY what I want them to do.  This is the skill that will serve them the best in life and my ultimate goal for my classroom.

Pessimist: When students encounter problems that they know they SHOULD know, they dig through their brains for the first thing that looks similar, feeling that their recall of facts and formulae should be better and if it came up, it must be the right one.  This is my failure as their teacher for not doing a better job of instilling certain values of checking work, taking time etc.  A major misconception among math students is that doing a problem quickly means you are better at math.  Too many of my students turned their tests claiming that they checked their work, but the mistakes I see are simple ones.

I need to have a conversation with some other teachers to discuss a good way to encourage students to check their work...


In pre-algebra, we talked about ratios and unit rates.  I would like to find a fun activity for them to do next week, but the most engagement I get from them is pounding through worksheets.  I know I've written about this before, but I'm still struggling with getting them to be engaged in more interesting, thought-provoking activities.

If I can find something that's a good hybrid of mindless grinding and active participation, it may help to transition them to higher levels of learning and comprehension.

One of my students told me today that her step-mother kicked her and her 10-month-old brother out of the house.  The reasoning was that my student was not doing a good enough job of taking care of her brother.  This upsets me greatly, but it doesn't surprise me.  The major struggles of a low-income school isn't that the school has no money (although that's a huge issue) it's the community that is built around that school.

If students are not safe and secure, they can never learn.  If you want to improve public schools, improve the public communities.

Depressing quote of the day: "I cannot get an F! I am NOT a failure!"

I know you aren't.  The F only signifies that you failed to demonstrate mastery of the topic. 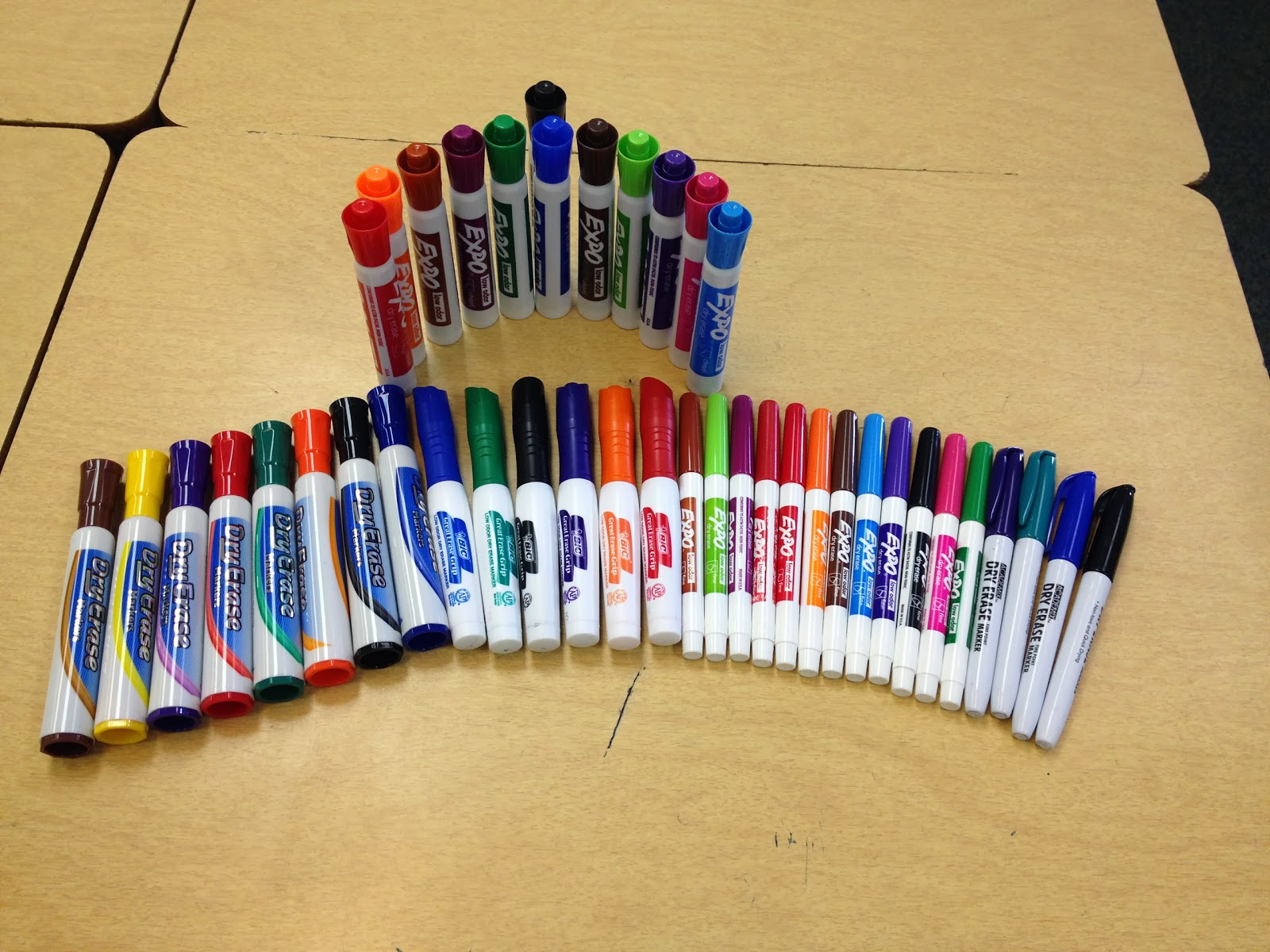