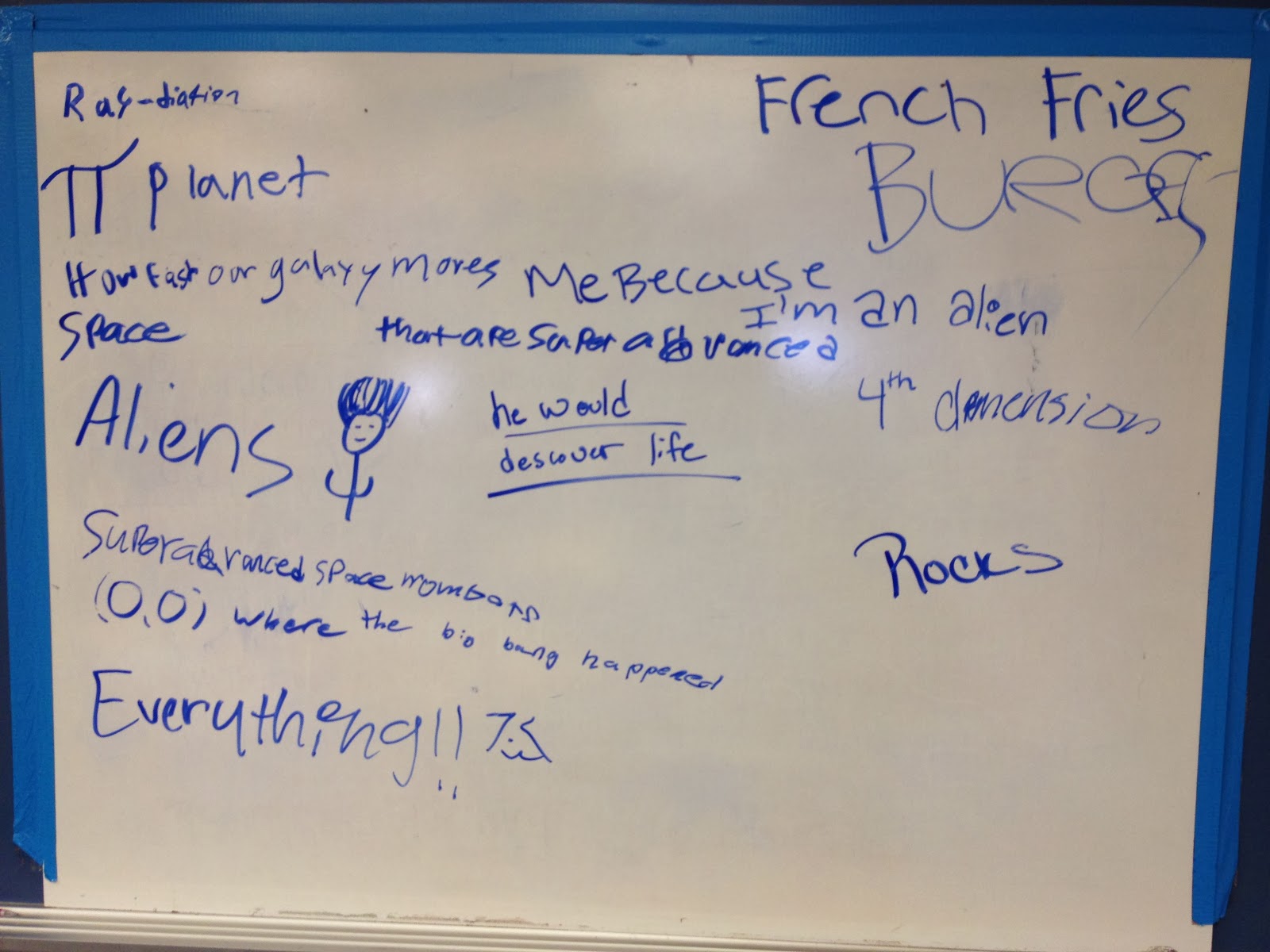 After the complaint about grades yesterday, I decided I needed to grade something.  So my geometry students got a series of activities from the 4 chapters we have already covered.  Each activity is from a book called "School-to-Career Masters" and all deal with applying the topics of that chapter to various professions.  The activities range from navigation to robotics to engineering.

I gave each kid 5 activities and asked them to complete at least 3.  The majority of the students did at least 4 and were very into all of them.  Near the end of the period, a few asked if, since they were finished with theirs, they could take the rest of the time to study for a Spanish test.  I let them do so and found it interesting to watch how the interacted while they studied for another subject.

One of the things that schools never seem to teach is how to study for tests.  When they study for me, they read practice problems.  Studying for Spanish, they quizzed each other by reciting vocab words.

I have no idea how to study for anything, which is why I was a terrible student...

I concluded the class by showing them the Google document where I've been storing all of the whiteboard questions.  I explained that it was an open document where anyone could add prompts.  To demonstrate the power of collaboration over social networks, I tweeted the link and the students were able to watch the number of active participants jump.  They were also able to see someone edit the document in real time.

It was a great way for them to see how they could interact and collaborate outside of their own worlds.  They also told me that my drawings are getting better!

I wanted the pre-algebra kids doing some more practice problems, working on setting up the Pythagorean Theorem, so I gave them a worksheet of mindless practice, which they happily worked on in groups without complaint.  They asked questions (good ones) and corrected their mistakes.

I'm beginning to wonder if my attempts to give them more engaging lessons and activities have burned them out.  I'm not giving up on the more involved activities.  I want them to be better at problem solving, but I think by trying to do it every day, I haven't done a good job of meeting them where they are and helping to be where I want them to be.

I keep forgetting that this is a process, and one with which they aren't familiar.  I can't expect them to be willing to jump as far out of their comfort zones as I would like.

At least not right away.
Email ThisBlogThis!Share to TwitterShare to FacebookShare to Pinterest