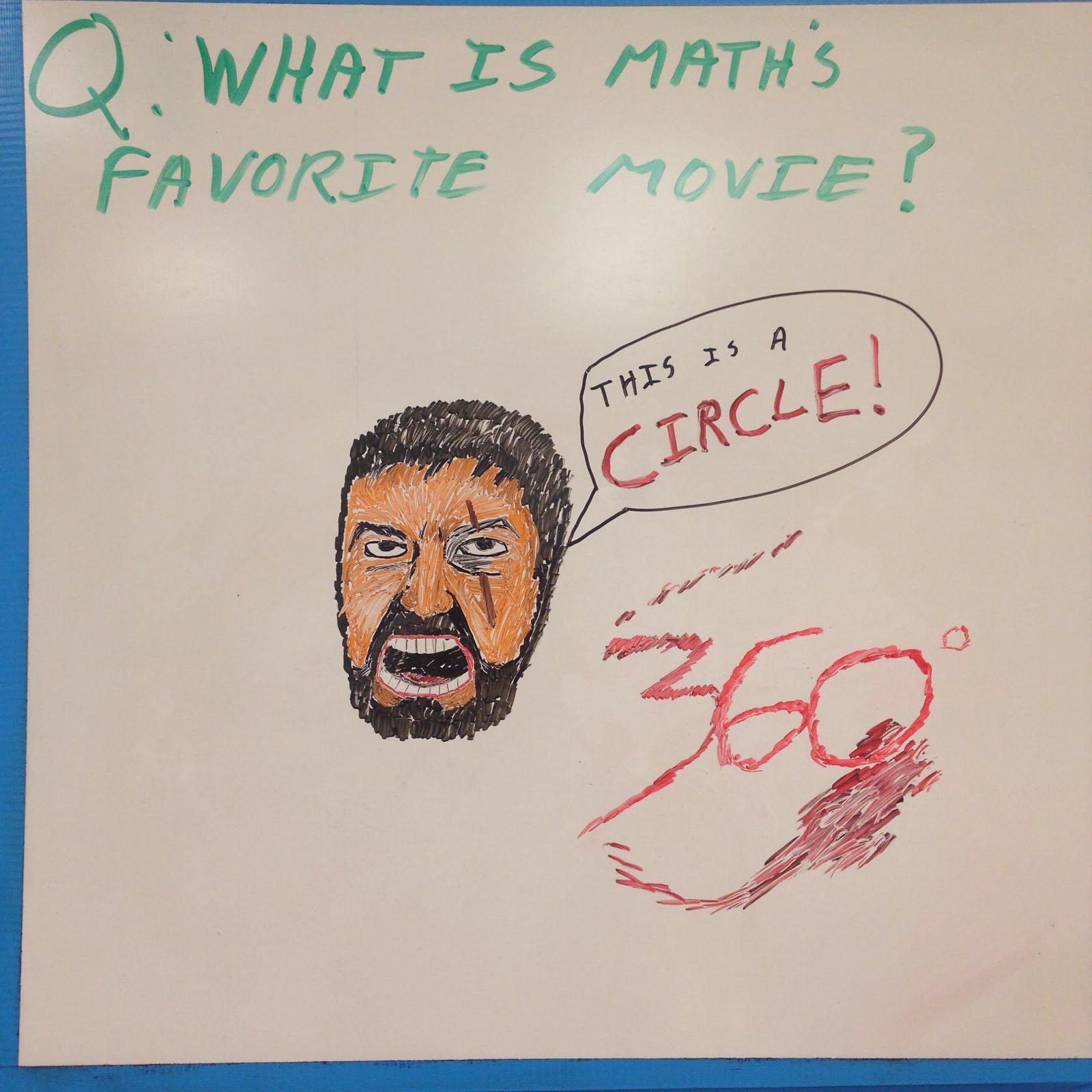 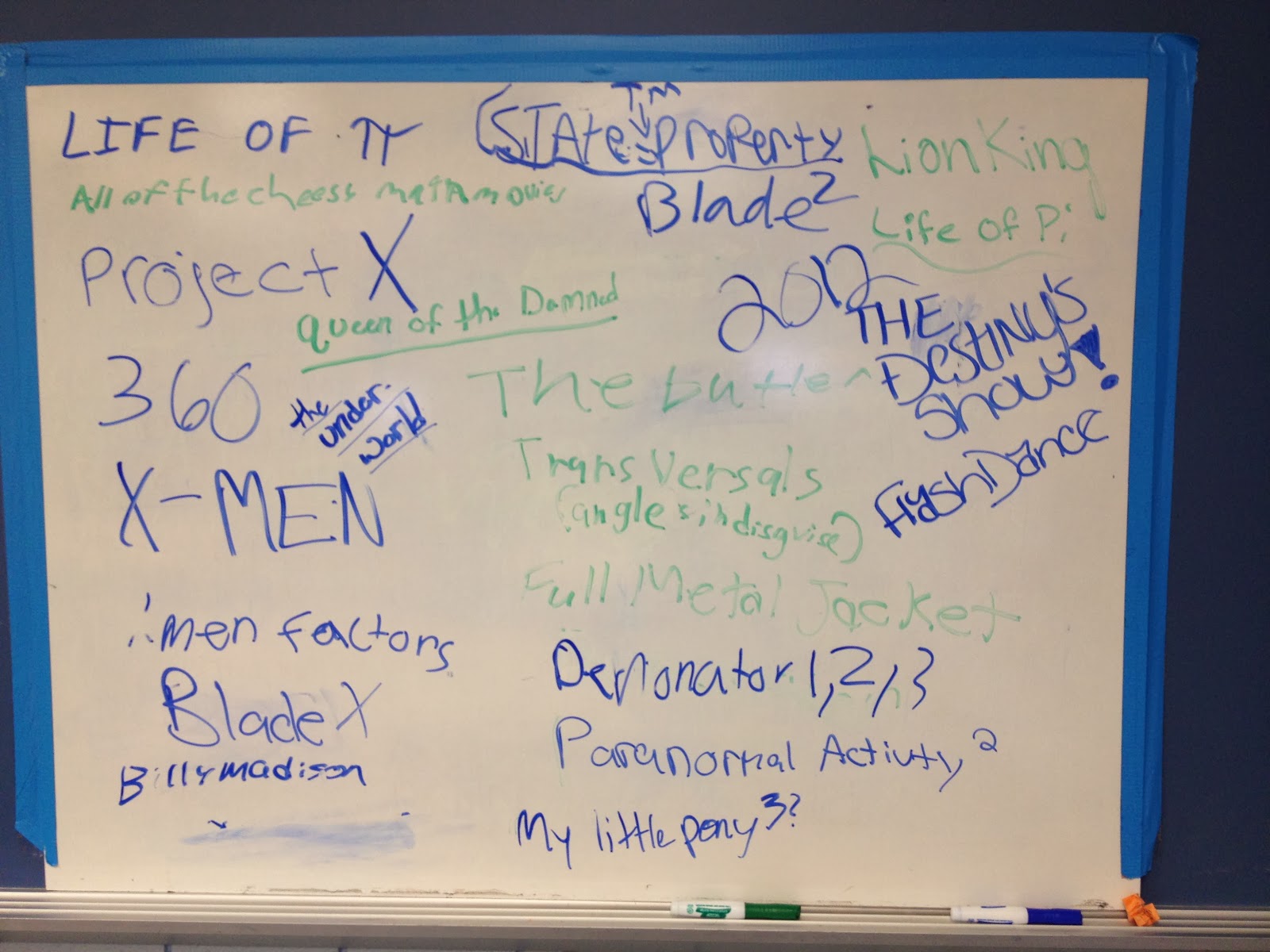 As much as I love having the kids teach each other, asking me minimal questions, I was bored.

There are much worse problems to have as a teacher.

I think this may also be why I prefer lecture-style teaching.  I like to talk.  I like to explain.  I like to tell stories.  This is one of the reasons why it has been very difficult for me to hand over the reigns in my class.  I've spoken before about how, unless I'm lecturing or going over problems, it doesn't feel as though I'm "teaching."

I think that one of the major changes in my educational philosophy has been a partial shift away from direct instruction and towards student-driven instruction.

With that said, near the end of geometry, a discussion about my picture lead to my telling them the story of the Battle of Thermopylae, which somehow lead to me teaching them some basic calculus.  I can't remember the sequence of conversation, but we did end up there... 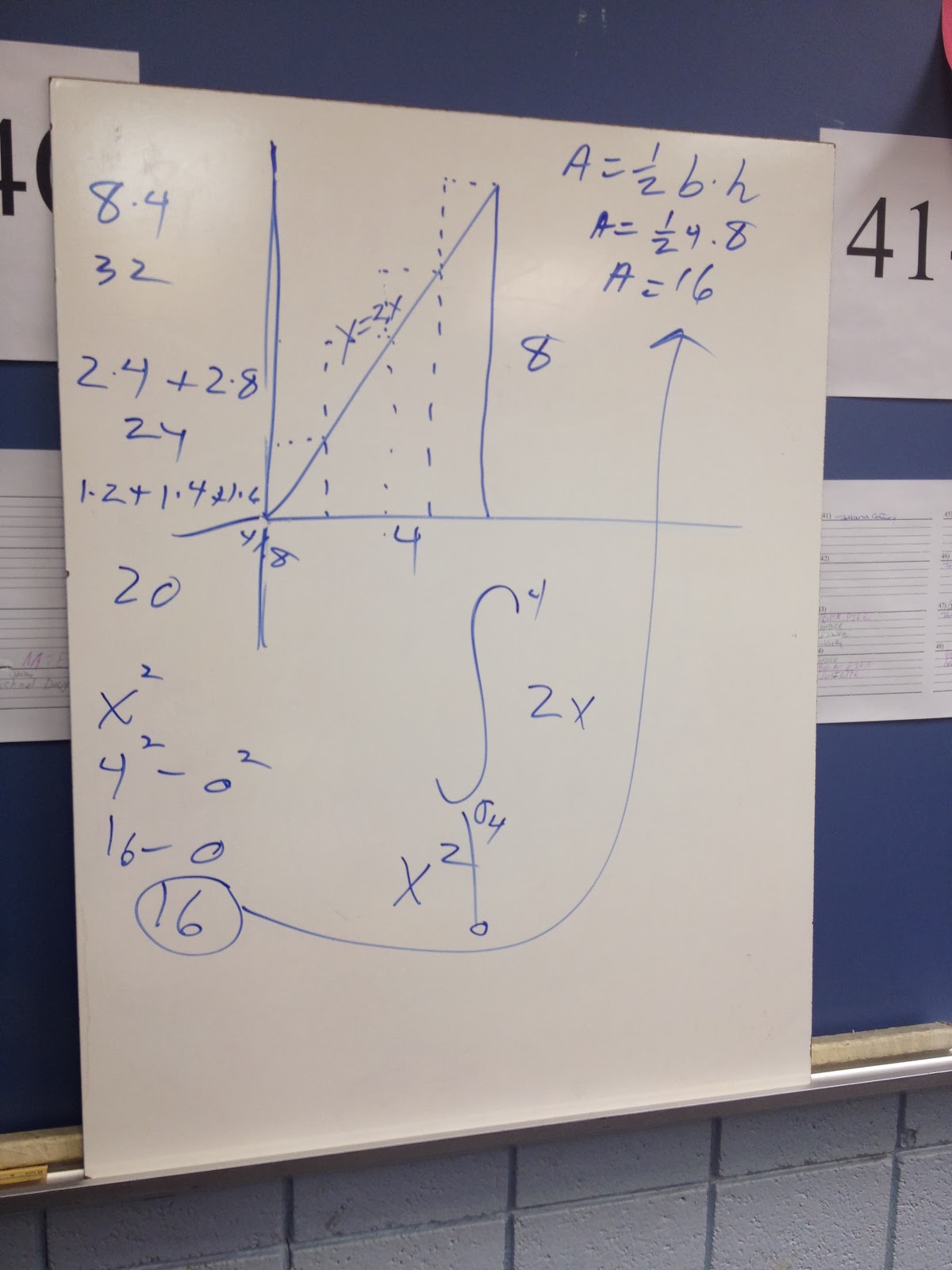 I must have been in a story telling mood because I told my 4th period the story of Prometheus when my student asked why my Promethean Board had a picture of fire as the symbol. Over the last day or two, while students were making up work in pre-algebra, others began working on the next chapter and defining vocabulary in order to front-load before we dove in.  After story time, we discussed the definitions in a way that went something like:

Me: "Who can give me the definition of 'center'?"
S: "The given point from which all points on a circle are the same distance."
Me: "Great! What does that mean?"
S: "The middle of the circle?"
Me: "Ok, so what makes it the middle? Just being inside?"
S: "No. It has to be the exact middle?"
Me: "What does that mean?"
S: "It's as far away from the outside no matter how you measure it."

The discussion of definitions using pictures and examples continued through the entire period.  The group of 4 or 5 students who are rarely engaged were DEEPLY engaged in the discussion, asking insightful clarifying questions.

The rest of the class, however, was spaced out, talking, doing other homework, etc.

It's often hard for me to balance how to grab everyone.  When I don't grab those 4 or 5, they are so disruptive that I am constantly having to stop whatever I'm doing to get them back on task.  When they ARE on task, they dominate the discussion, not letting other students participate in a meaningful way.

Perhaps this is why these kids were split up at the beginning of the year...

I know that it benefits students to be with others of mixed ability levels, but there are limits to that.  It's why schools have "honors" courses.


My lack of energy caught up with me by the end of the day.  I simply did not have the energy to talk over a room full of rowdy students, nor to wrangle them.  After 30 minutes of being talked over, ignored, and interrupted, using every trick I knew to regain attention, I decided that they were clearly not ready to learn and I had a book that I wanted to read.

We will try again tomorrow.  There is always tomorrow.
Email ThisBlogThis!Share to TwitterShare to FacebookShare to Pinterest