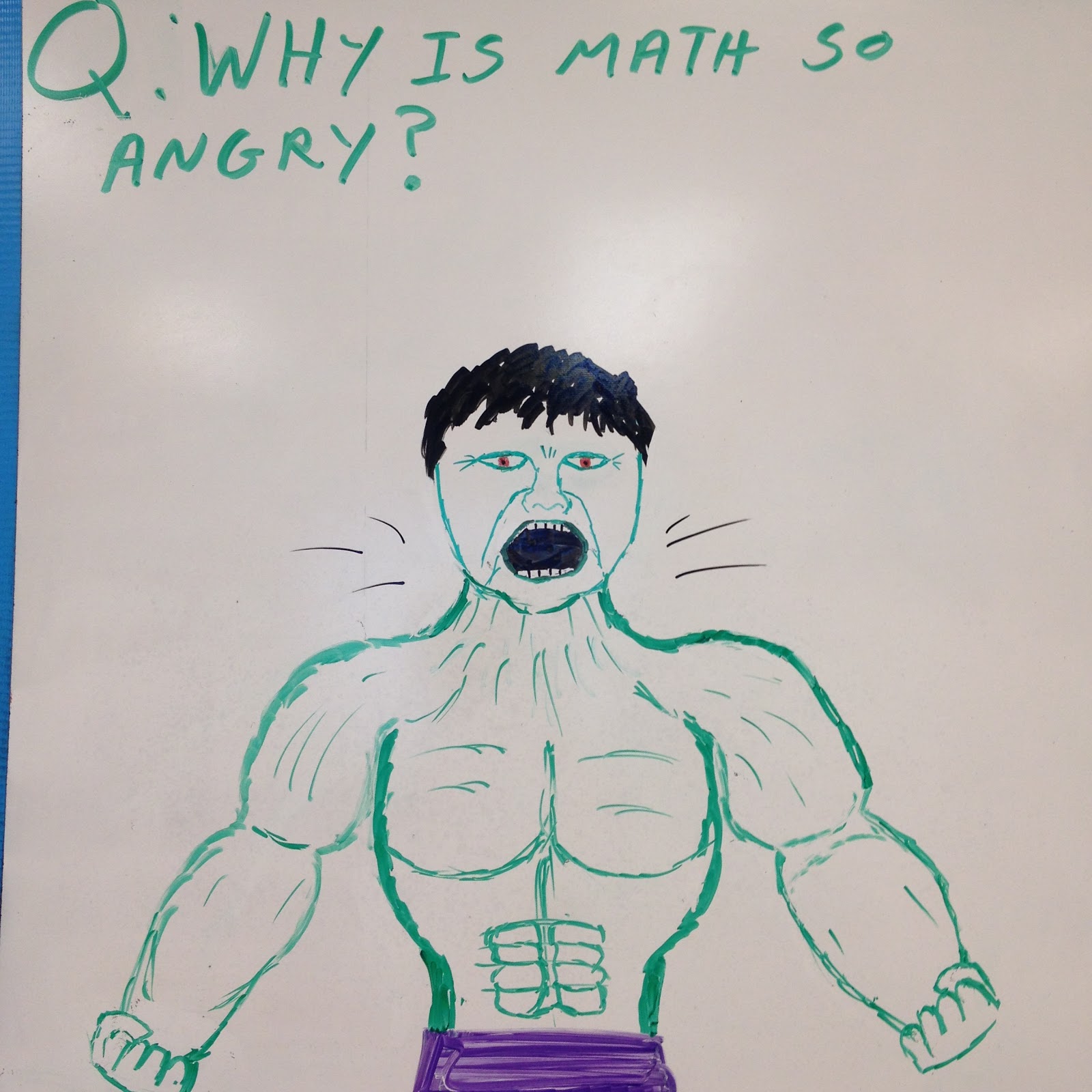 Today's schedule consisted of standardized testing and administration from 7:50-11:30.  Then we sent the kids back to class to be productive learners.

Due to the rotation of duties and various teachers being out, I was in the presence of students from 7:30 until 2:50 with a single half-hour break for lunch.  This is not a complaint, merely a statement of fact.  I get to add another coverage slip to the growing pile in my desk.

Testing is exhausting for the kids, the teachers and the administrators.  Yesterday, after a single section, we had three fights and the kids were off the wall.

Today, they were running down the hallway screaming.

My testing group consists of about half of my geometry kids.  At the break between sessions, and then again after testing, they played 2048 on the laptop, projecting it onto my board.  With one person working the controls and 9 others yelling about which direction to slide the tiles, it was quite a sight to see.

I love that they spent their down time playing logic games and doing math doodles.

In the 30 minutes that I saw my pre-algebra kids today, we did a quick intro to percentages and they started working on their chapter packets.

During my coverage, the sub plans read "Have students continue to watch Frozen."

In geometry, we talked about what the arithmetic mean and geometric mean actual are.  There seems to be much confusion among math students about the difference between what something is and how that something is calculated.  A prime example of this is when a teacher asks "What is the circumference of a circle?" and the students answer "2 times pi time the radius!"

They aren't wrong, but that wasn't really the question that was asked.

I've been spending a ton of time and energy this year being aware of the questions that I ask.  When I want the formula or something similar, I ask "How do we find" or "How do we calculate."

When I want them to explain a concept or definition, I ask "What is" or "What does that mean?"

A series of this type of questioning led us to actually derive the formulae for arithmetic and geometric means.  They were much more rowdy than I'm used to, but it was the end of the day after 3 hours of testing, so I cut them some slack.

One student said "Mr. Aion, I don't think you would like our class if we had you at the end of the day."

I think I would still like them, but my patience for them would be MUCH lower.  I really need to think about how that plays out with my pre-algebra classes.
Email ThisBlogThis!Share to TwitterShare to FacebookShare to Pinterest