Posted by Justin at 3:18 PM
About 6 weeks into the school year, a colleague approached me to talk about one of my students.  He told me that she enjoyed my class, but that it was a major source of anxiety for her.  She was afraid of me and, even though she was falling behind, she didn't want to ask for help.

At that point, I had spoken with her a few times.  I knew that she had some thing going on, including several medical issues, but I didn't know the extent or the severity.  She was in a particular complicated and difficult class and, being one of the more quiet students, didn't always receive the attention that she wanted or needed.

After my colleague spoke with me, I pulled her aside and told her that I wanted to help her however I could.  Her medical issues sometimes caused her to fall behind in class, but she started coming to me to keep me up to date with her situation.

We started developing a better relationship and she began to confide in me about some of the things that were going on in her life.

About 5 months ago, her attendance became sporadic and eventually dropped off completely.  She began spending more time in the hospital for her condition.

Yesterday morning, I received a message letting me know that she had passed away.

I have no idea how to process my feelings.

I am devastated for her friends and family.  I hugged my children tighter yesterday and can't even imagine what it would be to lose one of them.  Several of my students broke down in tears today and I did what I could to comfort them.  I gave out hugs and comforting arm squeezes, but it's never enough.  Nothing that I, or anyone, can do to make this alright because it's not.

I am deeply honored to have known her and I'm grateful that I was able to make a connection with her before she left school.  I looked forward to her smile and her "Hi, Mr. Aion" each morning.

I checked in with her regularly to see how she was feeling.

I feel deep regret that I didn't check in with her once she left the school.  I thought about her almost every day, but never reached out.

Above all of this, I feel selfish for even trying to analyze my own feelings.  This tragedy isn't about me at all.

I'm doing what I can to be available to the students who need it.  My district is providing counseling for those who seek it, but I personally reached out to her friends.  I let them know how sorry I was for their loss and told them that if they wanted to talk, or just wanted a place to come and be quiet, my room was available.  Several of them took me up on the offer and spent a period telling me stories about her life.

We do what we can to protect our students, but there are some things that are out of our hands.
She was a remarkable, courageous, clever and kind young woman.  There are countless people who are grieving today, both and out of school.  I did not know her as well as would have liked, but I know I will miss her as well. 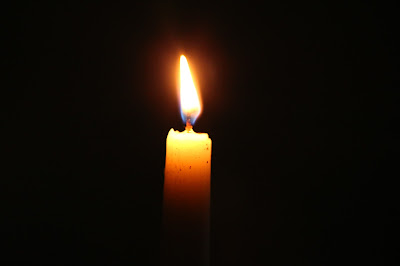 The funeral for this young woman is on Thursday.  Our school will be having an early dismissal and providing busses to faculty, staff and students who wish to attend.
Email ThisBlogThis!Share to TwitterShare to FacebookShare to Pinterest