I spent the morning actively monitoring the state mandated tests for 8th graders.  I managed to get 4000 steps in a room that is approximately 600 square feet.  I made 9 Thumbs Up Circuits to make encourage students to do their best without violating the rules about test security.

As usual, I read the directions as though I were auditioning for MovieFone. 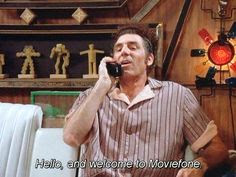 Our class schedule is strange for all of these testing days.  Students who aren't testing (mostly juniors and seniors, whom I teach) have a 3-hour delay.  They show up at the beginning of lunch.  In order to make sure that the morning classes don't get skipped, we have a rotating afternoon schedule.  Today, I saw the Physics kids, but I won't see them again until Thursday.  I won't see my 3rd and 4th periods until Wednesday.

Many students are opting to take these days off.  Those who DO show are having difficulty concentrating on anything.  I don't blame them at all.

I added a few columns to my grade book which let students see what percentage they need to earn for the 4th marking period in order to get a C, a B, or an A.

The juniors have received their course-selection sheets for next year as well.  I've been fielding lots of "Mr. Aion, will you sign my sheet so I can take AP Chemistry?"

I've had to have many hard talk with students that boil down to "You are capable of doing the work for that class, but as of now, you've yet to show me that you're willing to."

A large portion of my students, especially those who are brighter, seem to have the mentality of "I'll work in a harder class."

Hard work is a habit.  If you've spent the last 10 months building a habit of NOT working hard, it's going to be tough to switch back.

With that said, I recognize that I work my butt off for things that matter to me and often neglect those that bore me.
Email ThisBlogThis!Share to TwitterShare to FacebookShare to Pinterest