Posted by Justin at 4:17 PM
I feel as though I had a wildly unproductive weekend, professionally.  I compiled some VERY useful data from my geometry quiz about why they were getting questions wrong, but then I didn't do anything with it... Just compiling the data wore me out.  I need a better system... 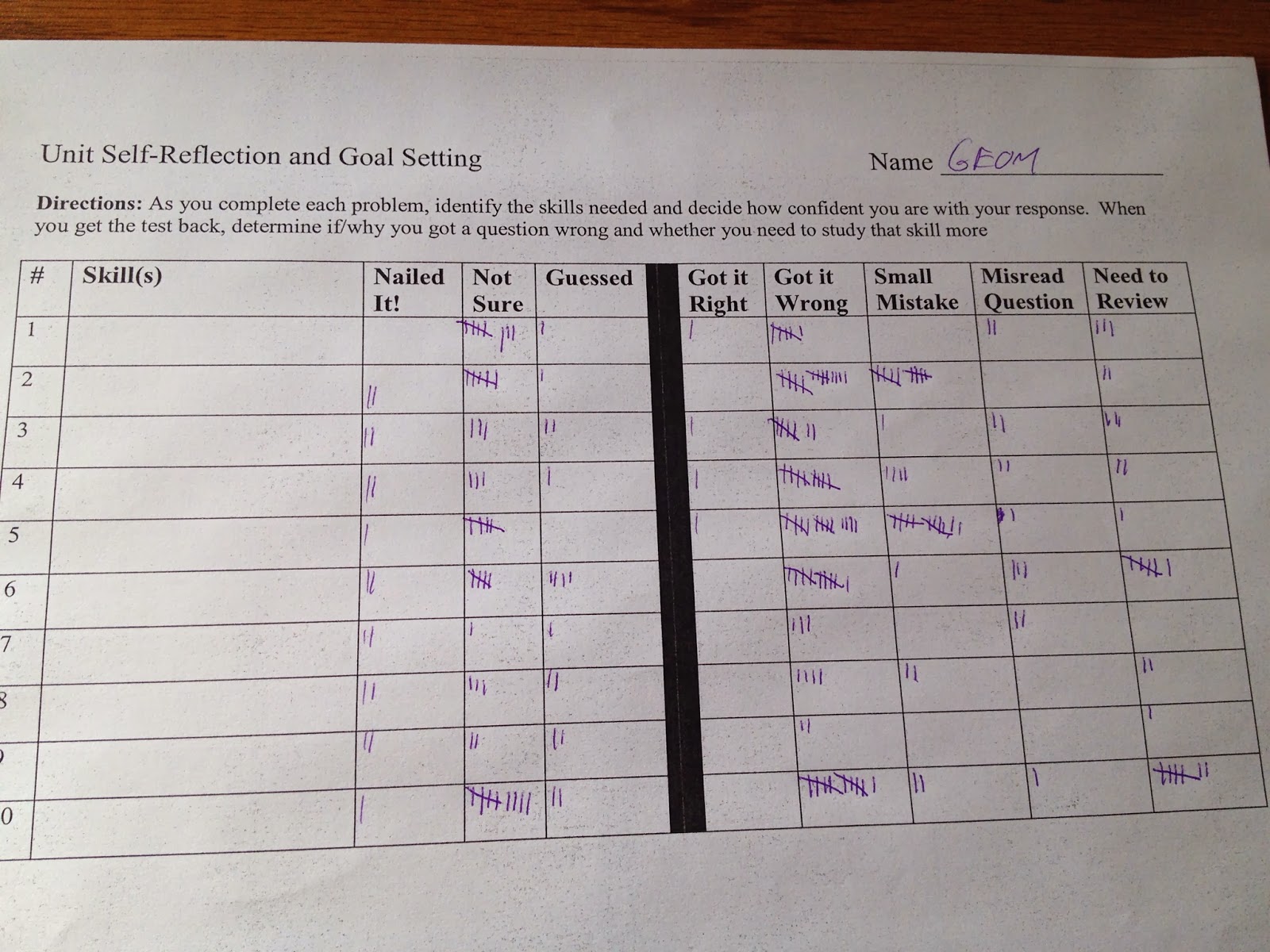 I learned a ton of stuff about Standards Based Grading and Genius Hour projects with some amazing people, but I don't feel as though I produced anything.  As a result, I came in this morning feeling very unprepared.

I wasn't even sure HOW to prepare for today and so, without a good place to start, I spent WAY too much time drawing my morning picture. 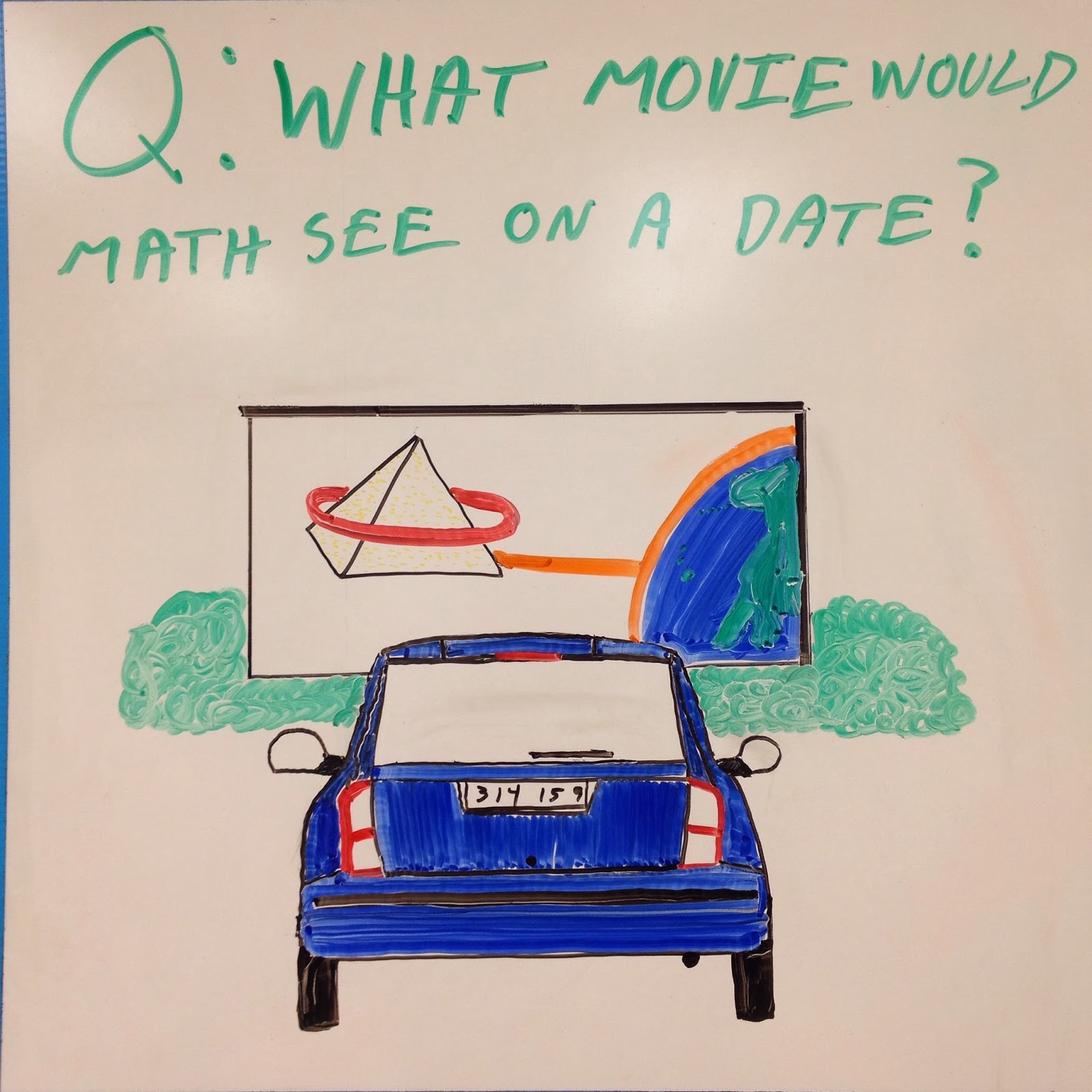 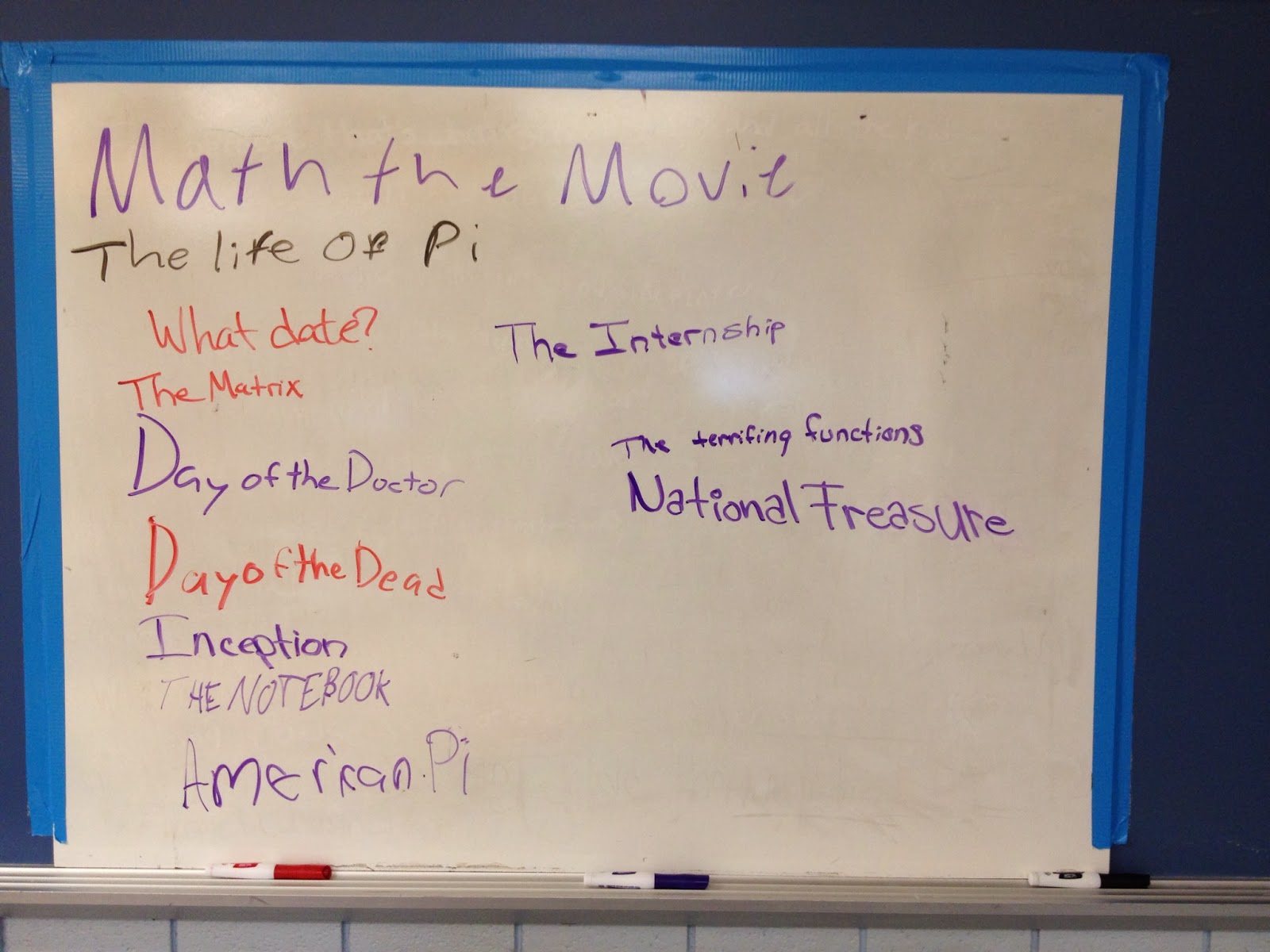 In geometry, we talked about Standards Based Grading and I handed out learning targets for the upcoming chapter.  Then I gave them each a set of Proof Blocks in preparation for proving triangle congruence and they worked on the iPads for the Passion Project.  Several of them even started blogs to track their progress!


I am much more of an old-school teacher than I think this blog portrays.  I want to move to a "learn whatever you want" type class, but I'm having tremendous trouble letting go of the control to that extent and trusting the students.  Every time I see them on YouTube watching football videos, it's all I can do not to yell at them to get back on task.  Instead, I ask them what they're working on and gently nudge them in an academic direction.

The thought of the chaos, however, became too much for me today.  I didn't want to go back to doing worksheets so soon after proposing this project so I decided on something better!

I started my pre-algebra kids on the Big Foot Conspiracy lesson which deals with unit rates to answer the bigger question "Is it fair that people with small feet should pay the same price for shoes as people with big feet?"

I thought this would be a great way for them to explore some mathematical ideas that weren't a mental stretch and, at the same time, would foster a culture of mathematics while tapping into their interests.  We had a really good discussion about why certain things are charged by weight (deli meat, fruits, vegetables) and some aren't (clothes, books, DVDs).

It was hard to do in my 4th period because several students had been pulled out by Wes Lyons, who comes to the school to talk to students about making good decisions.  It is a worthwhile reason for them to be pulled and I don't object, but it does make it tough to do longer class projects.  When the students returned, however, they slipped right back in with the class with minimal problems.

I made sure to pull a few aside afterwards and thank them for it.

In the 8th period class, I didn't get through everything because I was tired of being spoken over and interrupted.  Yelling is ineffective and only upsets me more.  Everyone has off days.  I'll try again tomorrow.

I'm thinking that in order to satisfy my "old school" side and my "new school" side, I'm going to give them the work books for the coming chapters, but in a flipped-classroom type way.  They will be assigned a small number of practice problems for homework and will work on the iPads during class.  Those who don't complete the assignments, or don't understand them, will receive the individual attention they need in class.

I already anticipate students faking assignments or copying them from other so the warm-ups will serve as a mini-quiz, allowing me to see who understands and who doesn't.

The amount of encouragement that I've received for the original idea (from the internet) has been staggering and I deeply appreciate it.  It makes me feel like it might actually be the right thing to do.

It doesn't make it any less scary...

I am tired.  I don't think I've been sleeping well, or running enough and I feel generally not great.  I think a sick day may be coming soon.  My lack of fortitude is translating into frustration at my students and that isn't fair to them.

Also, my daughter turns 4 today, so yesterday, we had a party and I made an apple swan. 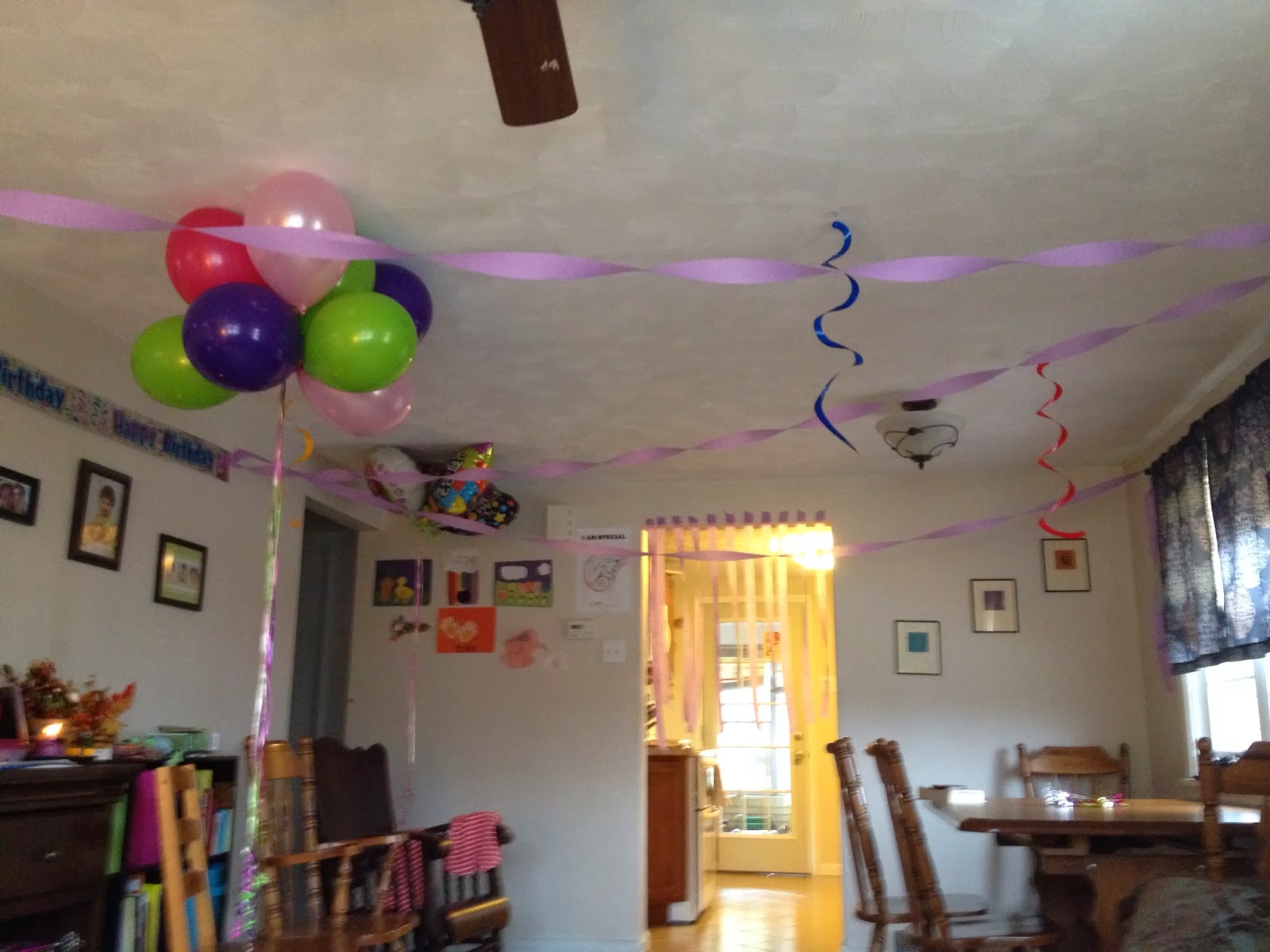