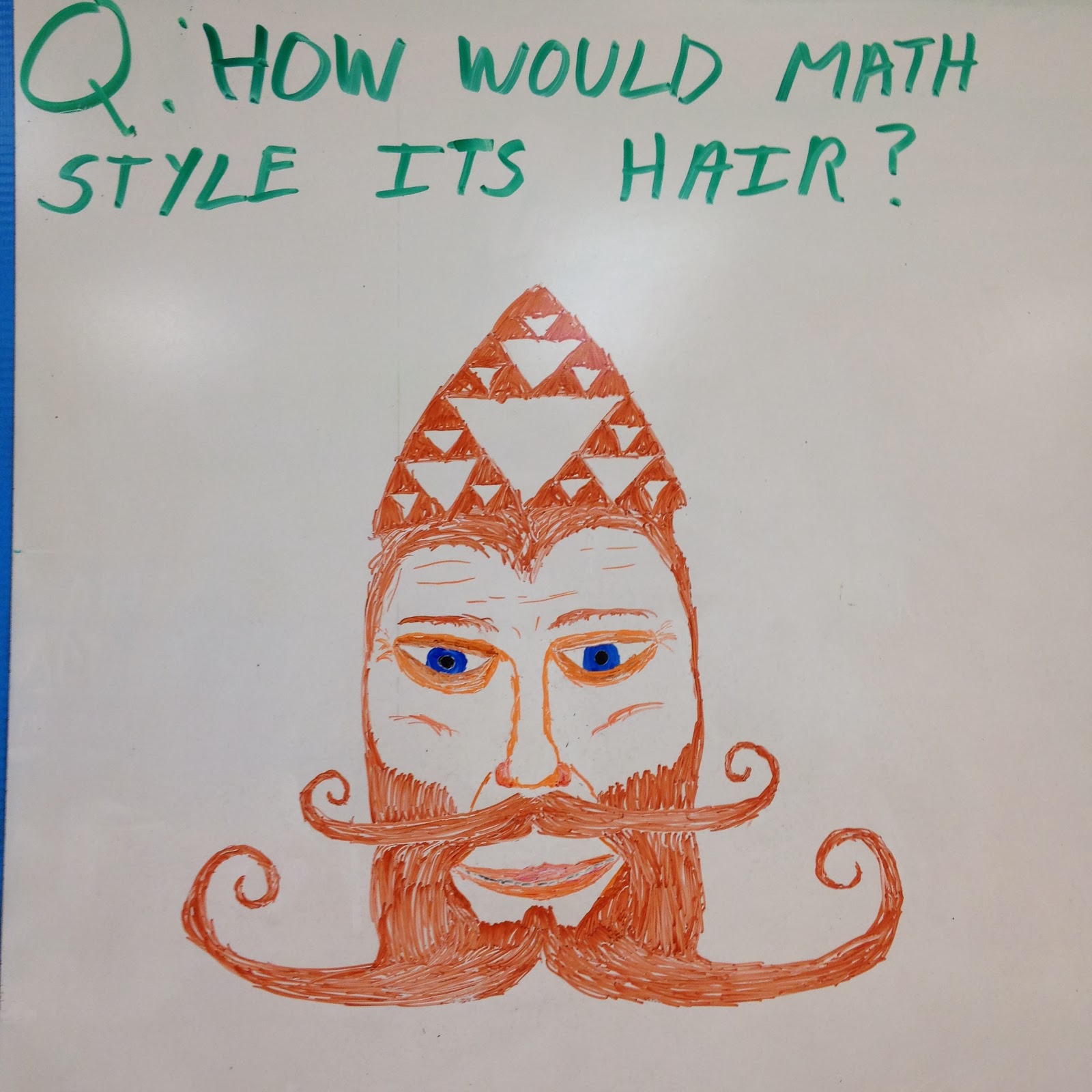 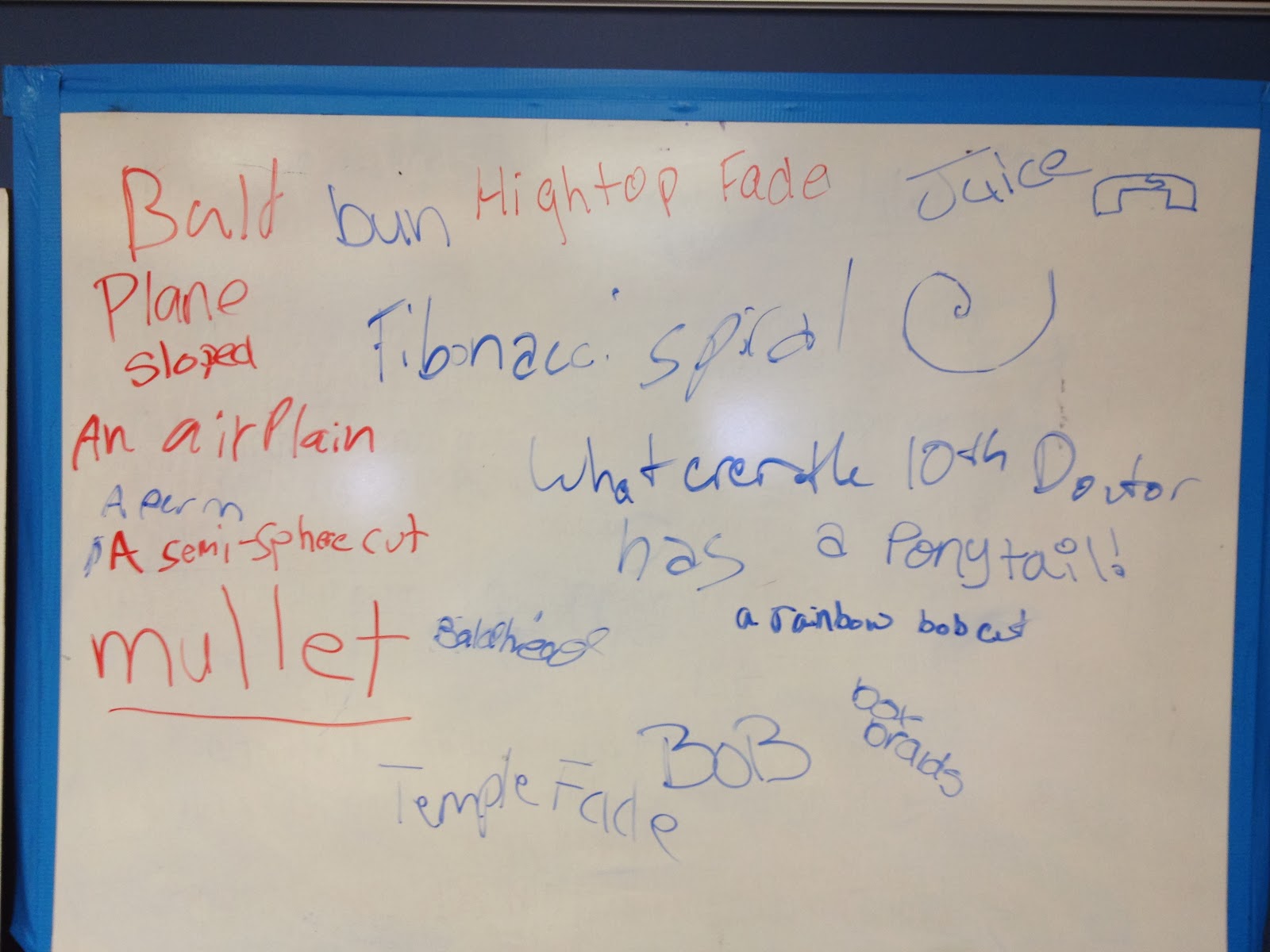 Every teacher in the building had a class coverage today.

I spent last night thinking about the new seating arrangement and how I don't like it.  I tried to identify reasons why I didn't like that I could change but would still preserve the work and agency that the students developed.  So I came up with this: 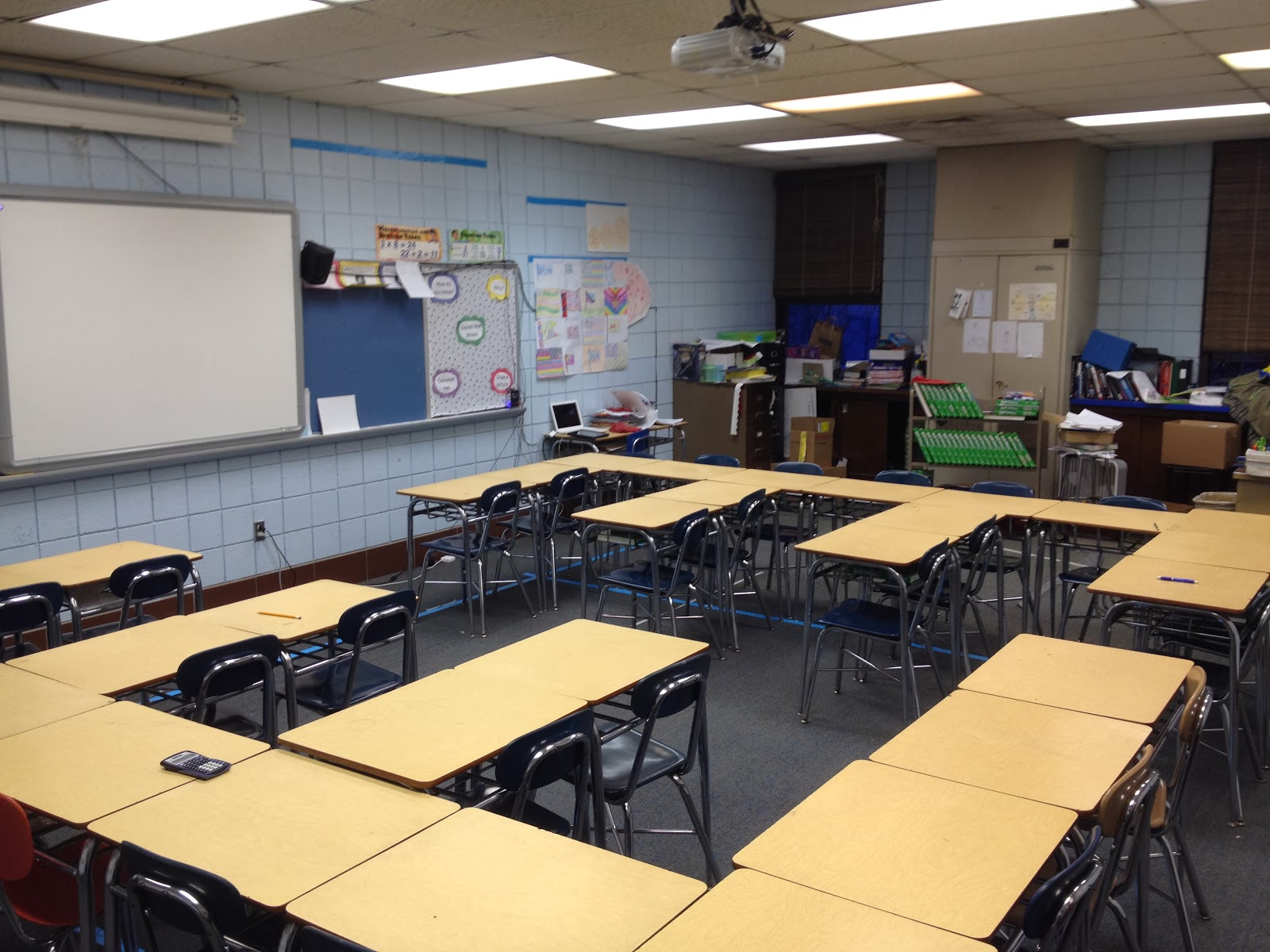 I separated the rows in the middle and pulled a desk from the bottom of the U so now I can walk in between the class.  It also means that this kids in the middle are not trapped and don't have to hood-slide over the desks to get there.

I'm tired.  Getting up at 4:30 to be at work by 6 has been taking its toll.  I've been crashing MUCH earlier than normal (read 9:00) but the extra sleep hasn't seemed to help me catch up.

On top of that, with the schedules messed up from weather, assemblies, tests and other activities, trying to maintain a semblance of order and normalcy has taken more energy than normal.  Today, I'm all crapped out.

The geometry kids worked on their parks, with one group going to computer lab to build their park in Minecraft (videos to be uploaded when done!)  Several of those groups had discussions about when they were getting together over the weekend to finish their projects.

Every one of these conversations that I overhear makes the stark difference between the kinds of students in Geometry and those in Math 8.  Those conversations sound more like:
"This is good enough."
"I don't want to fix this."
"Can't our park just be a field?"


In anticipation of another frustrating day of me watching students pretend to work, I found a short worksheet on scale factors.  It's a good sheet that has them go from model/drawing to reality and back as well as being given the measurements and having to find the scale.  I handed out the sheet and, when not a single student in the room made a move to even turn it towards themselves, I realized this was something we would have to at least start together.

So we went through it.  I asked certain students to read the directions, others to read the questions and then I started asking questions:
"How should we start this?"

We went through the page, taking 5-10 minutes for each problem as I tied it back to the scale drawing of the class room and a tab from Google Maps.  We estimated the distance from the school to my house and then used to the directions function to verify that.

The lesson itself was really good with about half of the kids engaged for almost the whole time and another 25% floating in and out.

I made a conscious effort to only address off-task behavior when it was deeply distracting to me, or mildly distracting to other students.  I am amazed at the level of quality work that some of the kids can do while surrounded by people jabbering at each other.

There were a few who talked most of the class and then jumped in with an answer when they could get it quickly.  My immediate reaction to this has always been something like "You've been talking for the entire period and now you want to join us? I don't think so!" This was, I suppose, a vain attempt to get participation from the beginning.

I'm trying to get away from that this year for 2 reasons.  The first being that it seems unnecessarily harsh.  The second being that while I'm not sure that allowing that participation doesn't send the signal that you can just tune into class whenever you feel like it, that it's taking away rewards from the kids who have been working hard and well all period, I'm not sure that it does.  With my indecision on this topic, I've decided to err on the side of encouraging participating students.  (That may have been the most awkward paragraph I've ever written.)

The lesson worked just as well in period 8/9 with about the same level of participation.  The students who were engaged were VERY engaged and the others were tuned out.  I found them incredibly distracting, but my engaged students didn't appear to, so I let it go.

One student who is normally bouncing off the walls (Max, he was the one who I asked to hold the desk) sat on the opposite side of the room as the rest of the distractions and was completely engaged for the entire period.  I pulled him aside after class to heap praise on him for his active engagement and the great work that he did.  He was embarrassed in the way of someone who doesn't normally receive positive feedback.

It's difficult to teach while students are talking and singing and not paying attention, but I was able to reach a larger portion than I normally do (I think) and I didn't finish the day frustrated, angry or sad.

Overall, I count that as a win.  I started the day tired and prepared to sit behind my desk, watching sadly as students didn't work.  It turned into a great spontaneous lesson with some active engagement from some "fringe" students.

This was a good day!


Also, it was crazy hat day and I got some Valentines from students! 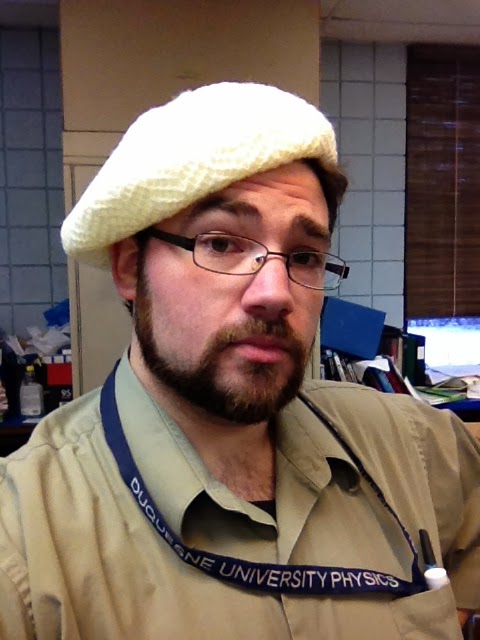 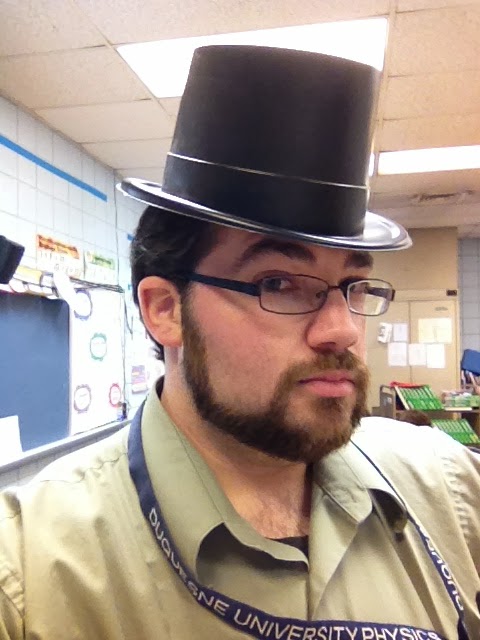 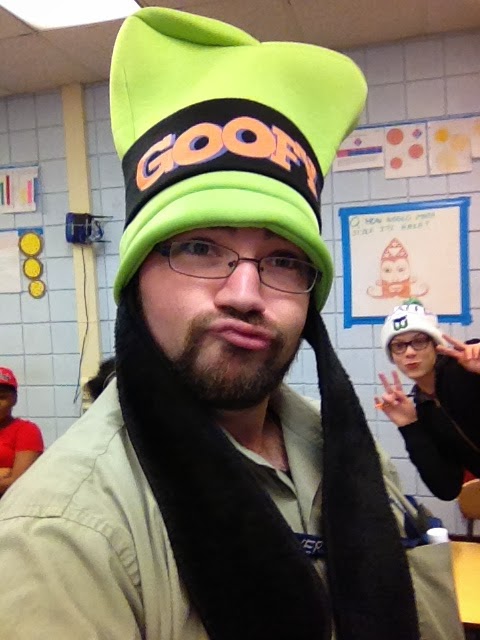 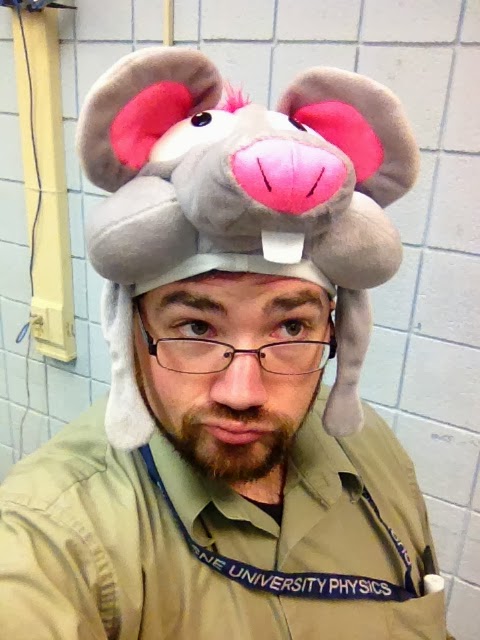 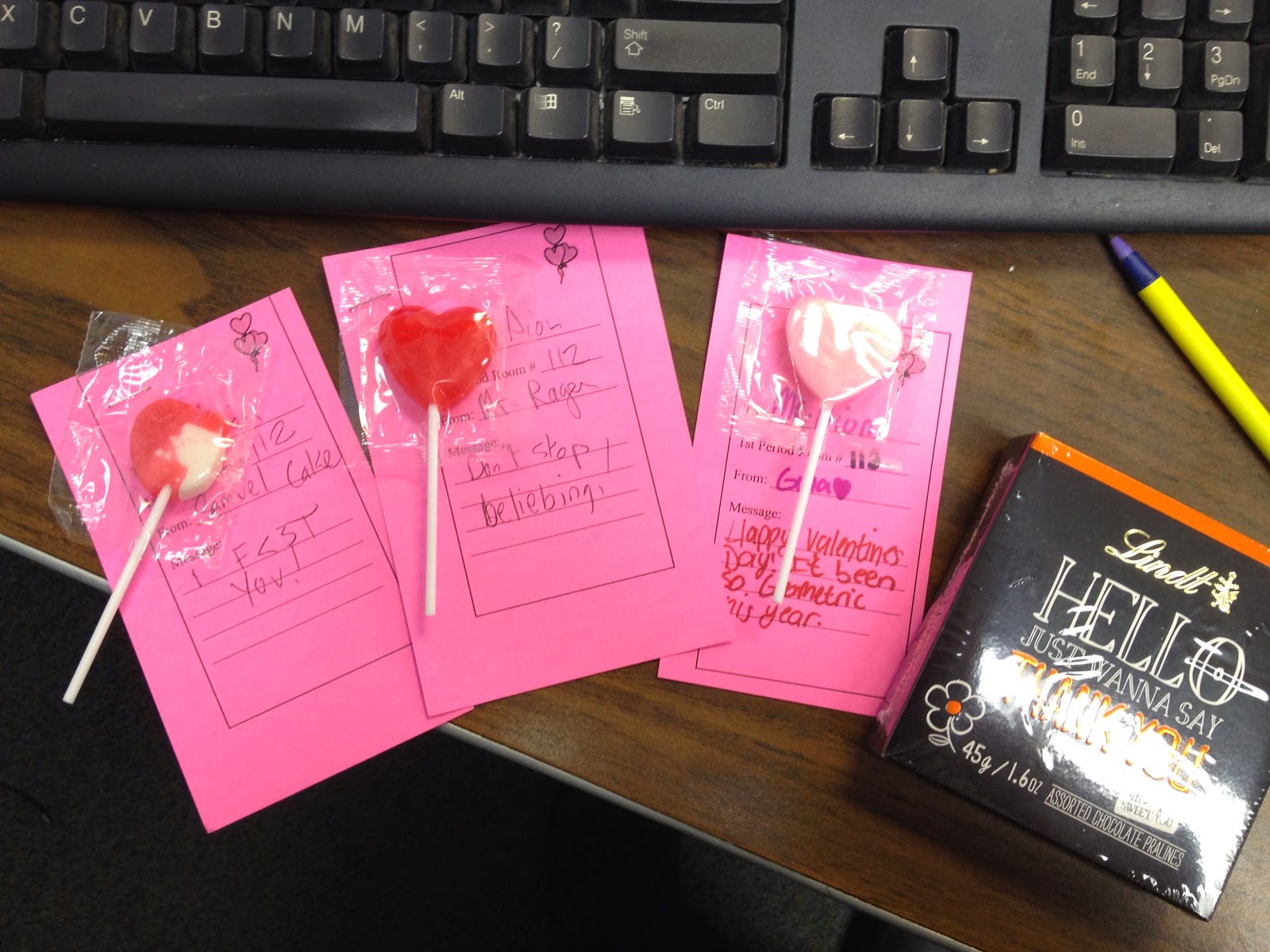