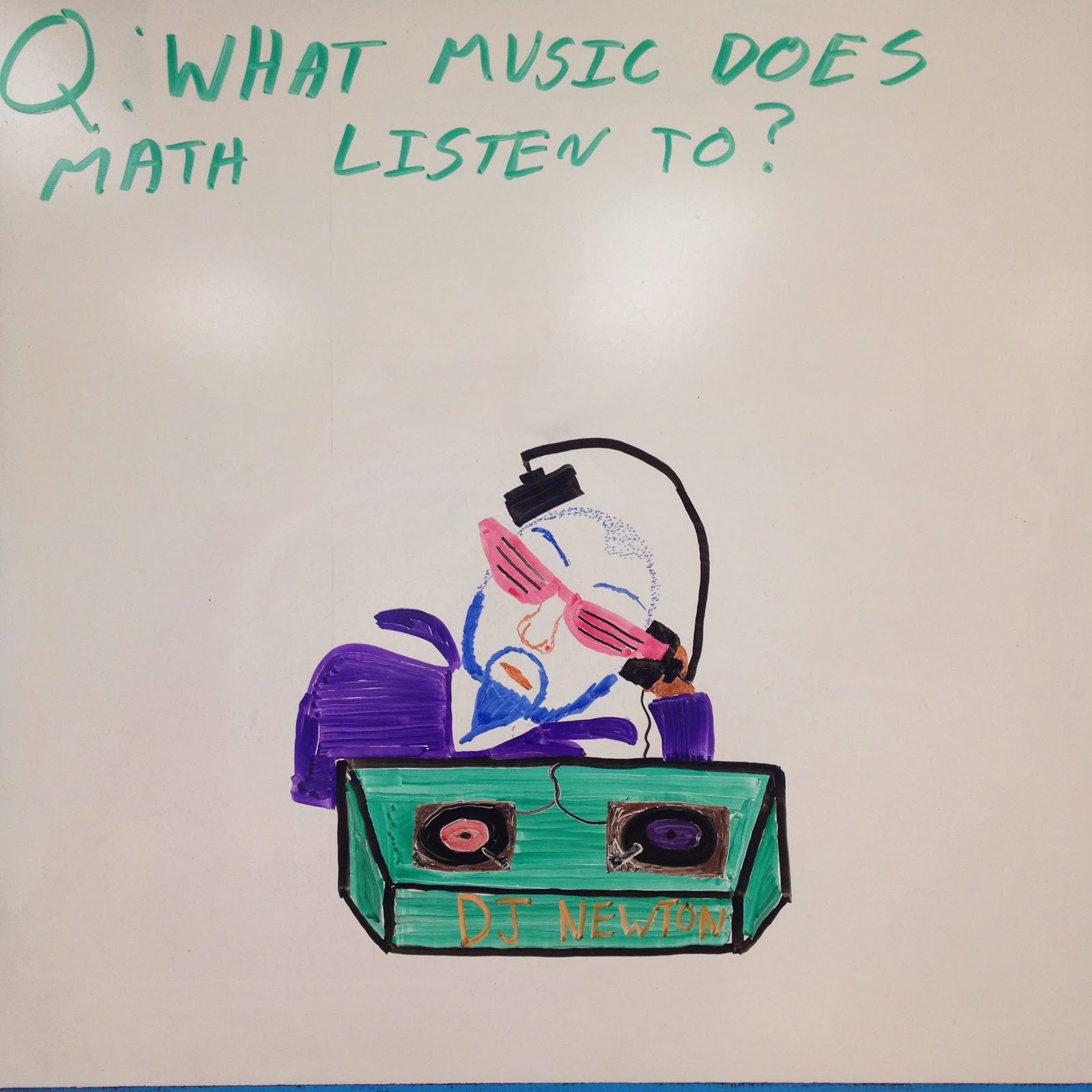 I spent almost the entirety of geometry telling them how disappointed I was in the results of their projects.  I have noticed, along with several of the other teachers, a drastic decline in the quality of work on these "upper tier" students over the last few weeks.  I reminded them again about my goals of the class, to produce students who are proficient thinkers.

I think I did very good job of not showing anger, but sadness, which is truly what I feel.  I praised their creativity and dedication to creating amazing parks in Minecraft.  I told them how impressed I was at the incredible imaginations they displayed.  I told them how disappointed I was that only three groups managed to stick to the deadline, only four managed to turn it in at all, and not a single one managed to incorporate all of the presentation elements that were required.

I think that this group of students respects me.  I wouldn't go so far as to say that they look up to me, but I know that many of them do like me.  I hope that by expressing my disappointment, rather than anger, it will help some of them to realize that I truly do care about them.

In period 4/5, I started my lesson, but ended it pretty early on when students made it abundantly clear that they didn't care.  We had a long talk about how many different ways I have tried to engage them and how those have failed.  The students who needed to hear it the most puts their heads down and went to sleep.

The acknowledged my efforts to make the class interesting.  One of the students even said "we aren't used to learning math any way other than worksheets."  We had a discussion about the difference between doing math and doing calculation.

In period 8/9, I was trying again to ignore the distractions that were not distracting the students.  As a result, I had a student with an iPhone case pretend that she had an actual phone.  She pretended to call her mom and tell her how mean I was being for not letting her go to the bathroom.  It was a "no hall-pass day" so I couldn't even if she hadn't spent the first 45 minutes singing Disney songs at the top of her lungs.

I had a very good lesson for the 3 students who were willing to receive it.

I can feel the indifference clawing at me, seeking purchase.  My will to fight it is waning.

Anger is easier than sadness, but I can't gather the energy for it.

I've been going to sleep around 9 each night, often crashing as soon as my children are in bed.  It doesn't seem to help.

My only solace is that I'm overhearing other teachers talk about how their days have been awful.  While I don't wish ill on them, it reminds me that things are happening outside of my classroom that are often out of our control.

I'm just so tired of it being a fight every day.
Email ThisBlogThis!Share to TwitterShare to FacebookShare to Pinterest