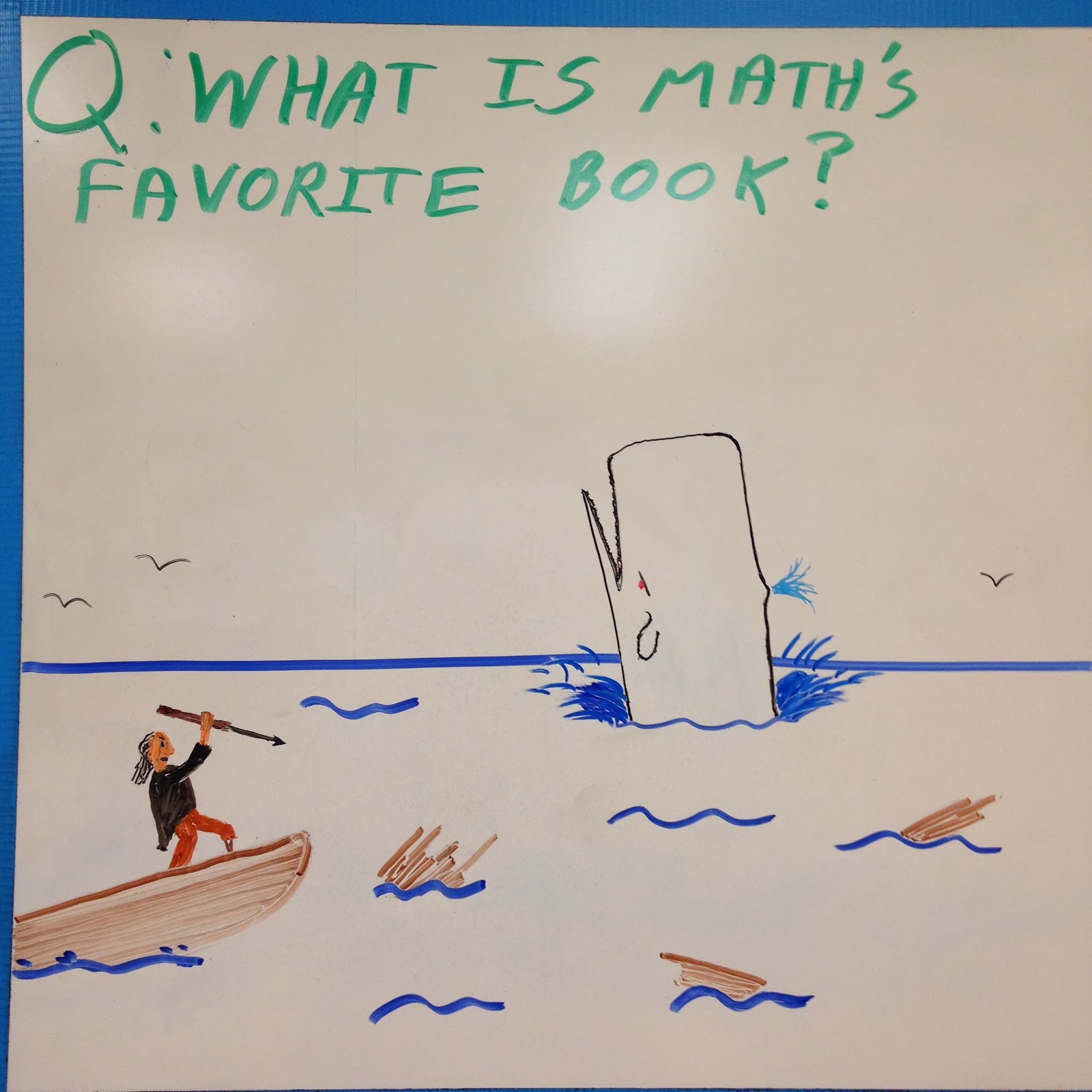 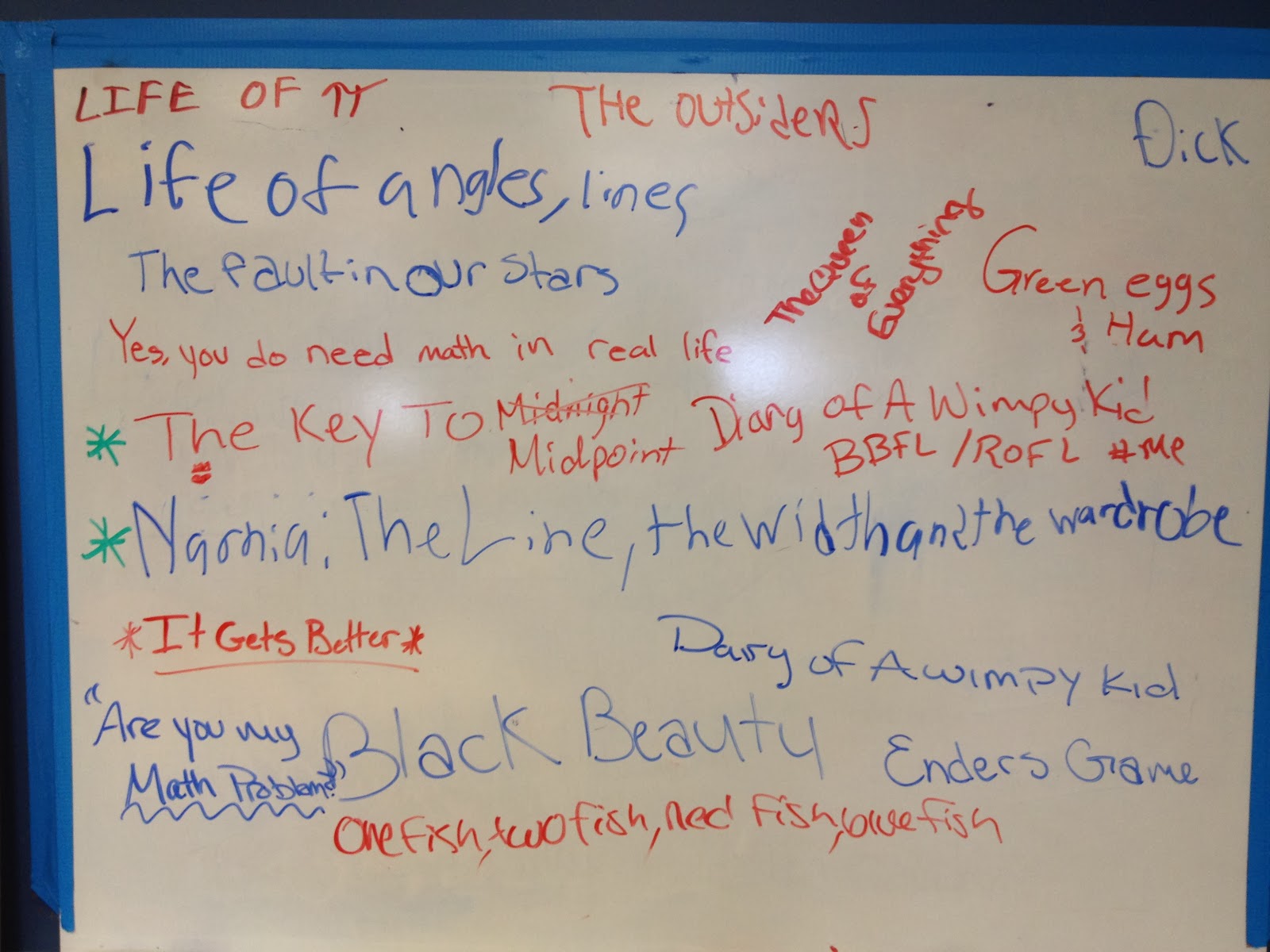 A colleague left a comment on yesterday's post stating that he was impressed with my calm at hearing from the students that they wanted to do the activities that we've been doing all along, but which they refused.

I have to say that I am IMPRESSED by whatever inner reserves of calm you were able to tap into there. After all of the activities you've described, to have them tell you that they would like some activities must have been maddening. Good on you for patiently listening. Maybe there will be some buy in if they feel that things are happening based on their suggestions rather than based on your ideas.

I completely understand this sentiment and it's something that I've been struggling with as a teacher and as a parent.  This was my reply:

I will freely admit that I was screaming inside my head. "WE'VE BEEN DOING THESE KINDS OF THINGS AND YOU HAVE REFUSED!!!"

Then I thought about the high school principal. He and I do not see eye to eye on many things, including preferred management style and educational philosophy.

He proposed some ideas a few years ago when I was at the high school and I immediately shut them out as nonsense. In the years since, I have changed the way I think about my job and education in general. I have had to come to shocking, and upsetting, realization that the place I have come to is the place that he was preaching.

Having come from him, I was not receptive to it and probably still wouldn't be. Since I was able to make that journey, come to those conclusions on my own, it is more real for me.

I am a proud and egotistical guy. I like showing off how great I am. In this case, somehow, I was able to put that aside and say to myself "They are going where I want them to go. Why do I care if it was the path I suggested and they ignored?"

It puts me in mind of my daughter. If I pick out clothes for her, she'll refuse to wear them. So I put them back in the drawer and walk away. She picks exactly the same clothes, but the choice and decision had to be hers.

It's a hard thing to do and I'm not great at it, but I am getting better.

It's VERY hard for me to separate the personal from the professional.  The number of times that I have agreed with people I don't like can be counted on one hand.  Two of those times were in the past year.

Coming to these conclusions doesn't make me like those people any more, but it helps me to see that just because I don't like someone doesn't mean they don't have valuable things to contribute.

I think too often we have the subconscious idea that everyone can be put into good guy/bad guy terms.  Interestingly, and obviously, we always view ourselves as the "good guys" and, by definition, anyone who disagrees with us is a "bad guy," even if only for a little while.  By doing so, we dismiss them and their opinions and value entirely.

If only life were that easy.  If only the bad guys all walked around in dark robes that hid their terrible dental work and facial varicose veins.  If only, when cracking the whip over their hordes of dirty, hungry orphan laborers, we were able to see their cracked, unkempt fingernails and hear their harsh cackle.  If only, after stubbing out their cigar on the backs of their litter-carriers, they steepled their fingers and claimed they were going to be late for their meeting to subvert freedom, collect all of the world's resources and sit upon a pile of gold.

But this doesn't happen.  They look just like us.  The good guys do too.  This is because everyone is a bad guy.  And everyone is a good guy.  People don't fall into the black and white worlds of Harry Potter or Frodo Baggins.  Everyone is grey. More than anything else, I think this is important for a teacher to know.  We will never like every one of our students.  We don't have to.  It's not our job to be their friends or to like them.

It is, however, our job to find their value and to help them find it for themselves.

As far as classes went, geometry had a game day since half of the students were out for a field trip.

Our discussion of rate of change in pre-algebra was constantly derailed by students asking questions that I had just answered, followed by those students being yelled at by kids who were paying attention for not paying attention.

"Now you try this and we'll go over it in a minute" was met with "I'll just wait."

As per my previous thoughts about value, I will continue to try to reach them through individual and group contacts.

My enthusiasm for the subject is waning.  As a result, so is theirs, which causes me more frustration which erodes my enthusiasm even further.

I need to find a way to escape this vicious cycle and inject some more energy into my class.

Did I mention that I have a student who throws erasers at my whiteboard picture for fun?