Day 102: Minecraft vs. Nothing

When I gave the Park Project, I had it in my mind that this would be something that the students could use to express both their mathematical knowledge and creativity.  We worked on it all last week and I gave them the weekend to finish it up.

In Geometry, only 3 groups out of 8 were ready to present.  Some of it was lack of planning, but some was due to students not being able to get together to finish.  The three groups who did present did so remotely.  All three created their parks in Minecraft and played video tours, followed by answering follow-up questions about design choices.

I am AMAZED at what they produced!

The scales aren't great, but the detail and dedication is incredible.

I have no skill or patience for this kind of thing, so it amazes me the level of detail and dedication that they can put into these.

If nothing else, it shows me that they can persevere, working very hard to finish a project or solve a problem if they find value in it.

Since I had planned for the full class to be presentations and discussions, and I only had 3 presentations, I showed them this blog post about relative sizes of stars in the galaxy.  It then lead to a discussion about Newton's Cradle and conservation of energy.  We watched a few videos of the Cradle and after explaining the forces, I paused the video and asked the students what they thought would happen when the presenter released the balls.

It was an excellent discussion with 90% engagement, which worked out well for when my principal entered the room for a quick observation.  I think she liked what she saw.

In pre-algebra, 5 of the 6 groups were "ready to present."  Of those, 3 forgot their blueprints, 1 didn't have a park name and 2 forgot all of their stuff in their lockers.  I did my best not to let my disappointment show and I questioned them on their process and ideas.

I went back and forth in my head about how to treat the lack of effort and results.  On one hand, if I pretend like it's great work, I'm worried they will think that their mediocre effort is good enough, which is most certainly is not.  If I show them my true feelings, I'm worried they will have a false idea how much effort they put in and think "I worked really hard on this and he hates it! Why try?"

I don't know how to convey my complete and total disappointment in a constructive way.  I told them that I didn't feel as though the work they presented accurately represented a week's worth of effort.  I went down the checklist that they had and pulled out an item from each job that wasn't completed in any of the presentations, such as a colored final draft.

They didn't even hit the bare minimum of requirements for the project.  There was not a single blueprint where the measurements were correct and, since no one was able to explain to me how they got their measurements, I can only assume that they were made up.

Research shows that the greatest way to help students learn and achieve to create rich tasks for them to complete.  Tasks that require them to do more than regurgitate facts.

I am not an amazing teacher and I would never pretend to be.  I do, however, feel as though I have tried very hard this year to provide my students with rich tasks and offer them experiences that they may not have had before.  I have wanted them to use their creativity to explore and grow.

I keep thinking that if I stick to it, they will, eventually, realize I'm not going to stop and will put the effort in to something interesting.  I keep hoping for a "If we can't beat him, we might as well join him" mentality and I'm not finding it.

Instead, I'm finding myself more and more being pulled in their direction.  "If they aren't going to do the assignments anyway, why should I take my time to come up with clever and creative ones?"  They are happy to sit and engage in a lecture, but as soon as I ask them to do something beyond grinding through problems, they give up.  They will work until the "fun" stops.  They will work until the brain sweat starts.

This has always been a problem, but I haven't cared before this year.

Two of these accurately reflect what I might assign.  Kids who rated themselves way too high, if they were honest, I'm not sure why they thought it.

And the group that rated themselves a "2"?  If they felt that way, why didn't they work improve it? If they thought they earned an F, why did they even bother to turn it in?

When I asked them why they didn't do more work on it, they said "we didn't feel like it." 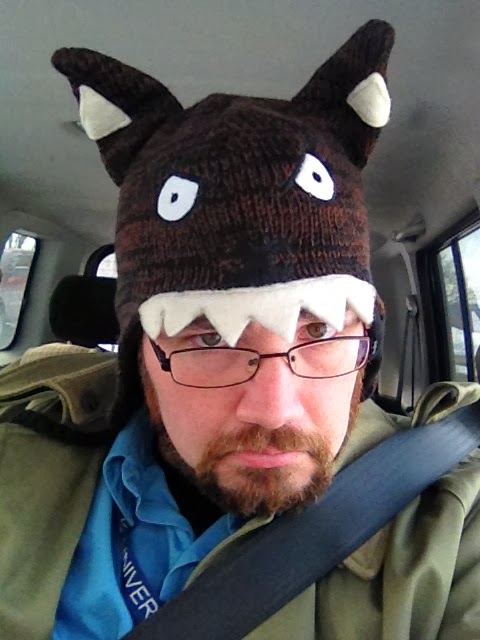