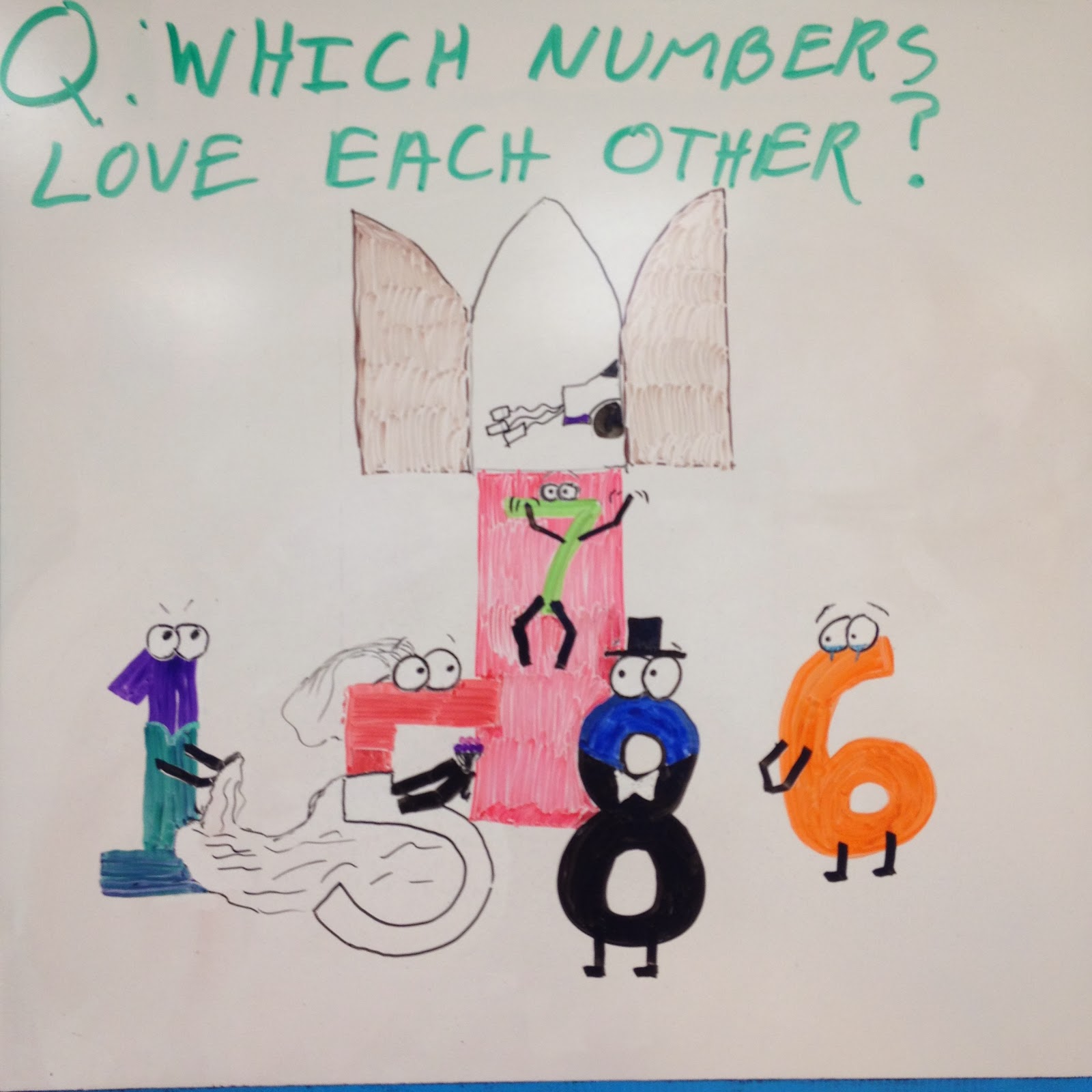 A student casually mentioning the Mormon Church at the start of geometry led me into a 25 minute talk about comparative religions, which led to a discussion of why there is a disproportionate number of marathon winners from a certain tribe in Kenya.

I finally got back to where I WANTED to be, which was talking about math and music.  If you have not seen this video demonstrating the connections between the Fibonacci Sequence and the song Lateralus by Tool, you should take the 9 minutes and 24 seconds to watch it.

Go ahead.  I'll wait.
Wasn't that amazing???  My students certainly thought so!  I have enough kids in that class who are musically inclined that we were able to have a meaningful discussion about the nature of time signatures and how unusual they are in that song.

We talked about taking normal concepts and not destroying them, but bending them to the limits for the purpose of creation.  As usually happens when we start talking about a topic I find fascinating, the period went by VERY quickly and, without enough time for them to finish their Chapter 4 assessments from yesterday, I made it due on Monday.  I also told them that with greater time to work on it, my expectations of quality are increased.

In pre-algebra, we started talking about proportionality.  My campaign to ignore the distractions continues and, while I'm a little twitchy about the perceived chaos in my room, I'm finding a higher level of engagement among the quieter students.  The answers I'm getting to questions are more perceptive and accurate.

Getting active, productive participation in period 8/9 is still like pulling teeth, but I blame it on the fact that the kids are completely burned out by the end of the day, having had no breaks.

Have I mentioned that before? Our school schedule has students going from class to class from 7:45-2:50 every day with only a half hour for lunch where they are required to sit at a table for the duration.

When I have a lazy day at home, when I have nothing to do and spend the time sitting on the couch or at the computer all day, I find myself more tired at the end of the day than if I had been active.  I think the same happens with students who are forced to sit for 7 straight hours.

During period 9, my frustration and annoyance got the better of me.  One of students, who started the year very strongly, has been declining slowly over the past few months.  He brings his materials to my class, but no longer writes anything down and has quiet conversation throughout my entire class.  In order to show him that I wasn't ignorant of his non-involvement, I asked him a question today.

"Is number 4 proportional or non-proportional? Thumbs up for proportional, thumbs down for non" I asked the class, as I had for the previous 3.

I looked around at responses calling on students to explain their reasoning.  I called on the student previously mentioned.

"You said it was non-proportional. Why do you think that?"

**crickets**  He refused to make eye-contact and instead, put his hand in front of his face, giggled and whispered to his friend "I'm not answering him."

So I waited, looking at him with anticipation and patience.  After 30 seconds, I reiterated my question.  "Why do you think it's non-proportional?"

"You might as well move on. I'm not saying anything."

Something inside me snapped.

I waited for him to give me an answer.

It took 17 minutes of me patiently looking at him while he continued to giggle and tell his friend that he wasn't going to answer.


I shouldn't have done this.  Even as it was happening, I was thinking what a bad idea this was.  I shouldn't engage with students in this fashion because even if I win, I lose.  But I did it anyway.  What happened was amazing.

The students started getting pissed off.  At him.

I waited patiently, re-asking my question every few minutes or so to remind him that I hadn't forgotten him.

Out of the corner of my eye, my students continued working on the practice problems and, anticipating that I would be willing to wait for their answers as well, started explaining their answers to each other.

He finally gave in, pressured from the other students who wanted to check their answers with me and realizing that I wasn't going to blink.

"I don't know why because I wasn't paying attention."
"Thank you for your honesty. I appreciate that," I said without sarcasm.  "Can anyone help him out? Why is this one non-proportional?"
"When you reduce the fractions all the way, they aren't equal!"
"Excellent! What about number 5?"

And we moved on without a hiccup.

I asked the student to stay after class for a minute so I could talk to him about the exchange (or lack thereof) but he refused to stay.

I hate how I reacted to him.  I put him on the spot in a way that wasn't considerate to him or to the other students.

But the results for everyone else were remarkable!  It doesn't excuse the interaction and I will apologize to him on Monday, but it certainly makes me think about what we allow students to get away with.  If we set our expectations high, they will live up to them.

The same will happen if we set them low.
Email ThisBlogThis!Share to TwitterShare to FacebookShare to Pinterest