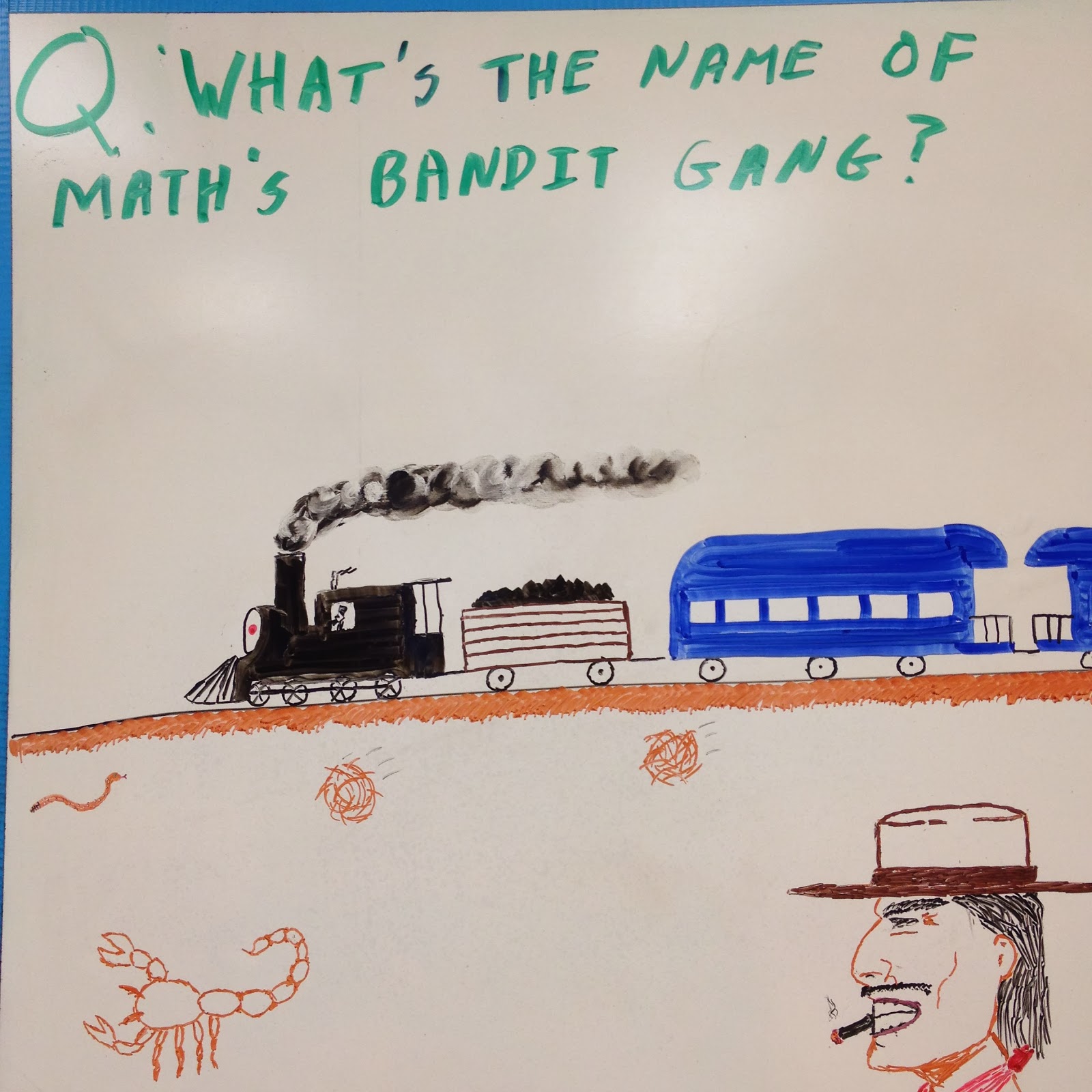 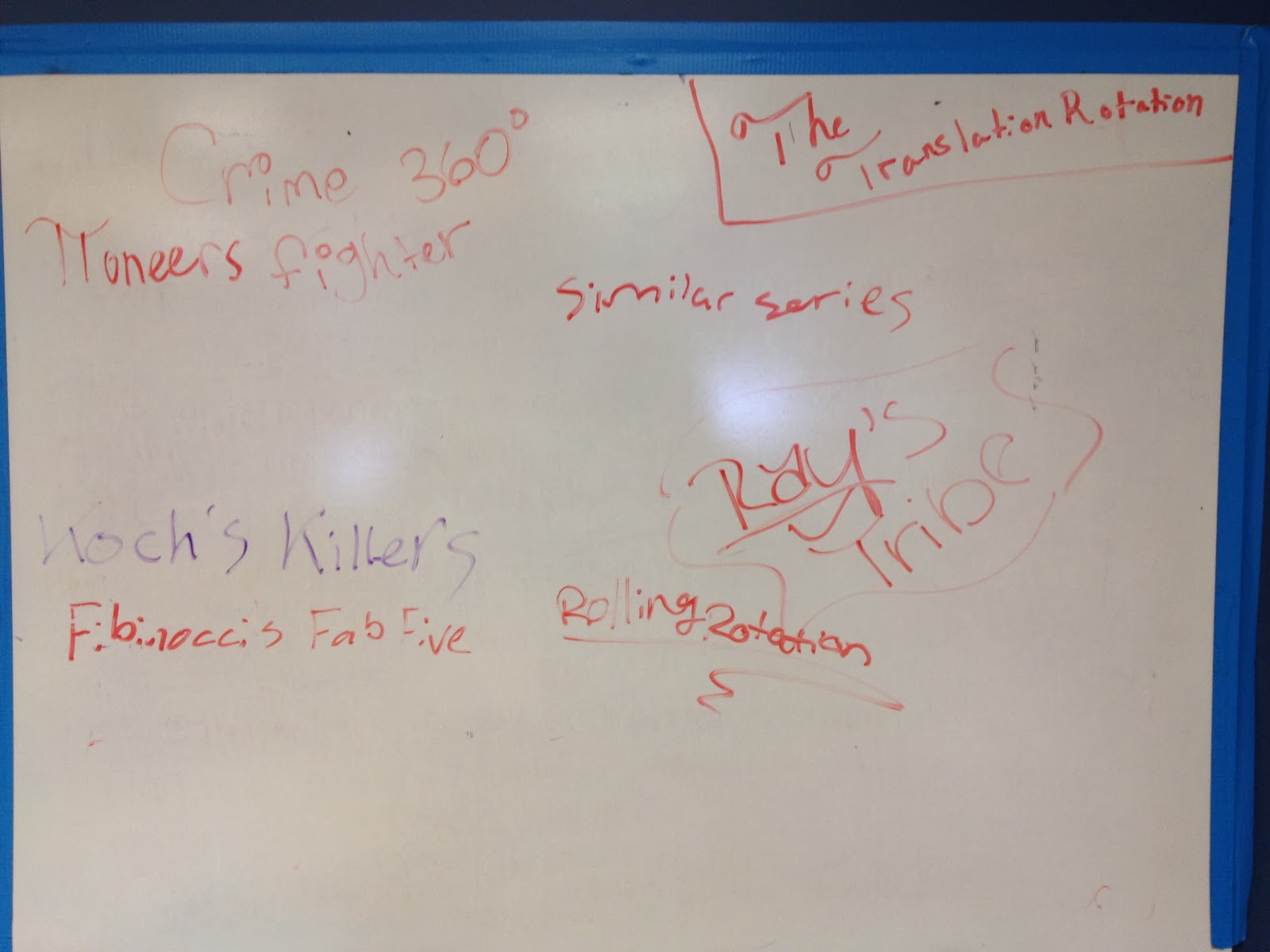 I meant to talk about ratios in geometry.  Instead, a student's answer to my "Question of the Day" (Koch's Killers) sent me off on an hour long tangent (hah!) on fractals and Benoit Mandelbrot.  We talked about the idea of an interating function and recursive patterns.  As usually happens in geometry when I go flying off into oblivion, the students came with me, propelling me further with excellent and insightful questions.

At some point, I would love to do a project where these students come up with a rule and have other students replicate their fractals without looking at pictures of them.

After watching a video of zooming in on the Mandelbrot Set, the students came to a conclusion that may become my mantra:

When you have mathematics, there is no need for drugs!

I can trace my love of mathematics back to school when, during bouts of bored, I would draw Sierpinski triangles in my notebooks.  I hadn't realized that I had actually said this out loud to my students until two of them showed me what they were doing during class. 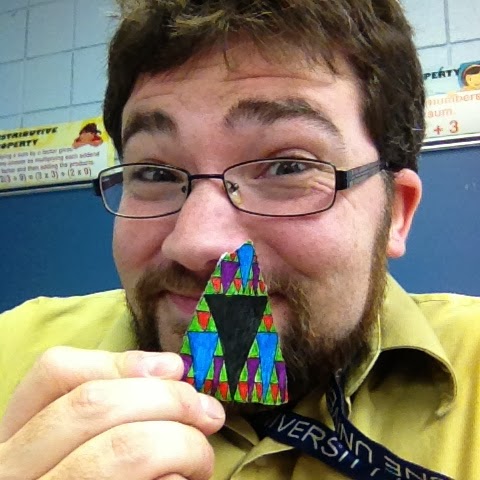 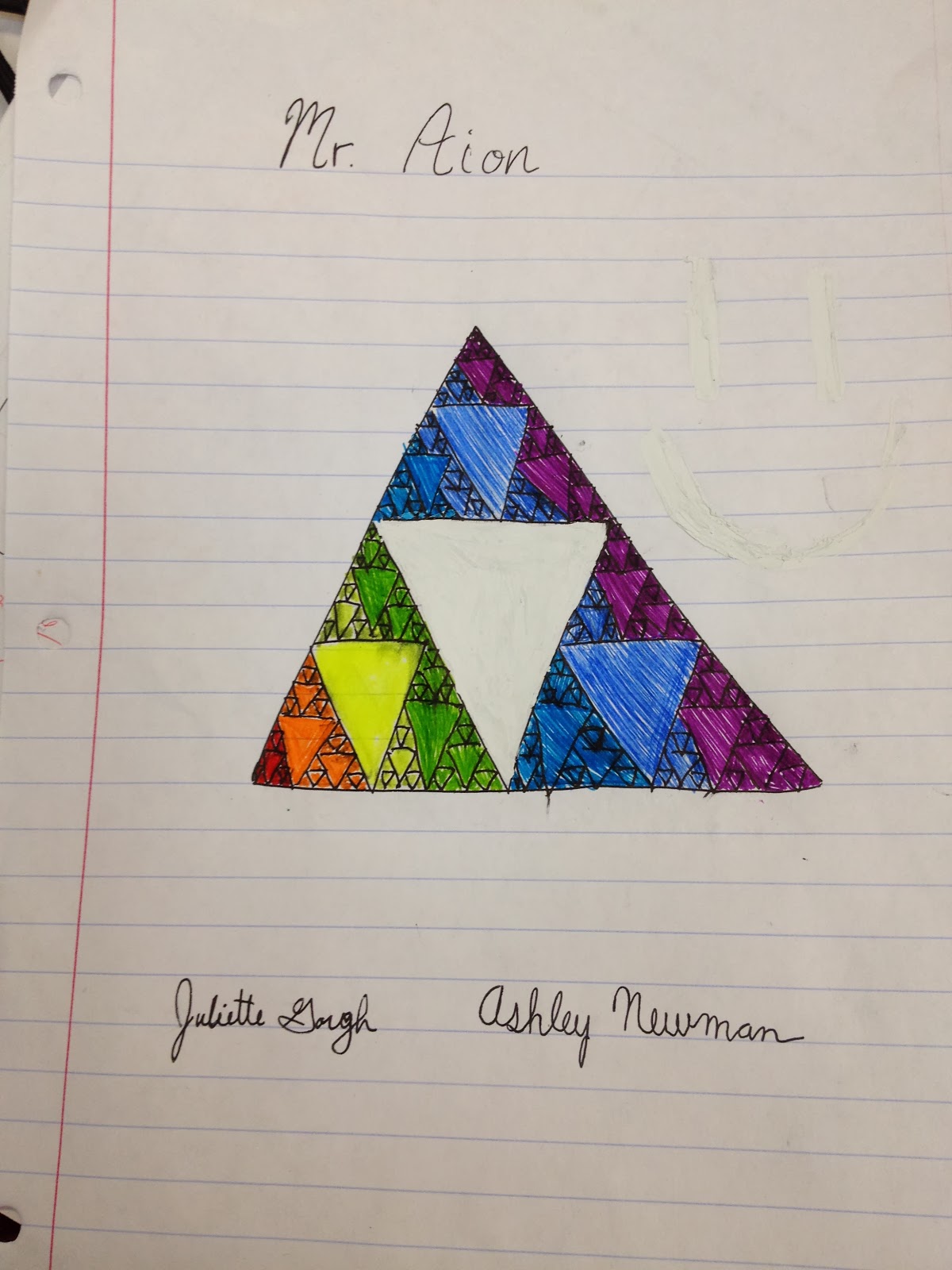 We did eventually get back to a discussion of ratios and, in retrospect, I should have used a segue to talk about the ratio of large triangles to small triangles in the Sierpinski gasket and the Koch Curve.  Hopefully, I'll remember to ask them about it tomorrow...

Another day in pre-algebra of me focusing my attention on the students who are engaged.  Not as many as yesterday, but I'm not discouraged.  The ones who were engaged were, with 2 exceptions, different than the ones from yesterday.

We spent the first of the double period going over practice problems, having students go through each one, telling me what to write on the board.  There were several good discussions about why they were doing what they were and I was fairly pleased.

So we took a quiz! The second period began with a 10 question quiz on what we had just been talking about (since Friday.)  The students who had been actively participating in class were finished in a VERY reasonable amount of time while the rest had their tests trickle in slowly, offering up weak statements about lack of understanding.  When I asked them if they thought there might be a correlation between their confusion and the amount of time spent talking about not-math, they seemed even more confused.

They still seem to believe that I am aimlessly wandering through concepts without a goal or direction.  I wonder if that is a failure of them to pay attention, or a failure of me to clarify.  I much prefer discovery learning.  I believe that the journey of education is MUCH more important than the destination.

But the image that comes to mind is that of people sitting inside a covered wagon, all of the flaps down, complaining that they aren't moving just because they can't see the landscape.

Clearly, I spent WAY too much time in my childhood playing Oregon Trail.

At least my students aren't hunting buffalo in the hallways.


On another note, my Twitter friend, Adam Holman, VP at a school in Austin, was in town today for a mini-conference.  Since he was unable to come to me during their short lunch break, I went to him!  No sooner was I in the door than he introduced me as his friend that he had never met as a way to illustrate the power of the PLN that is Twitter.

He could not have been more right!  I can't imagine how many traffic laws I broke trying to get to him with enough time to talk before we both had to be back where we needed to be, but it was SO worth it.  His energy was invigorating and, after 45 minutes of chatting, I was ready to return to work and get the most out of my day! 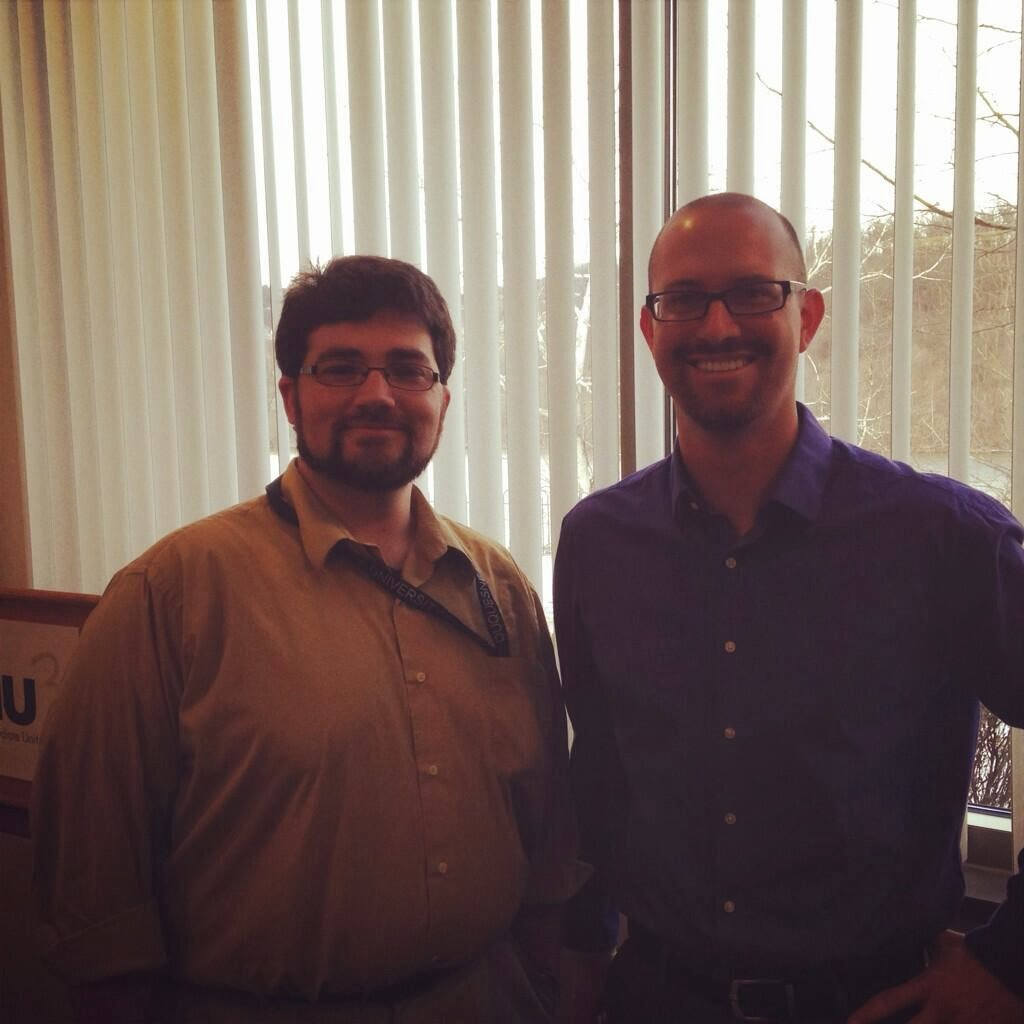 An interesting note about student distraction.  In period 8/9, 3 of the 5 tables of students had their heads down diligently working on their quizzes while the remaining two tables were singing, dancing, braiding each others hair, etc.  What was fascinating was that it didn't seem to distract the working students in any way.  They continued with their quizzes as though it were silent.

This only confirms for me the theory that was proposed by Max Ray and that I have been working off ever since.  Just because I find something distracting doesn't mean that my students do.

I need to be more aware of their attention than mine.

In addition, the quiz grades for the kids who were consistently paying attention and working for the last 3 days? A's and B's.

I wonder if there is a relationship between active participation in class and content mastery...
Email ThisBlogThis!Share to TwitterShare to FacebookShare to Pinterest