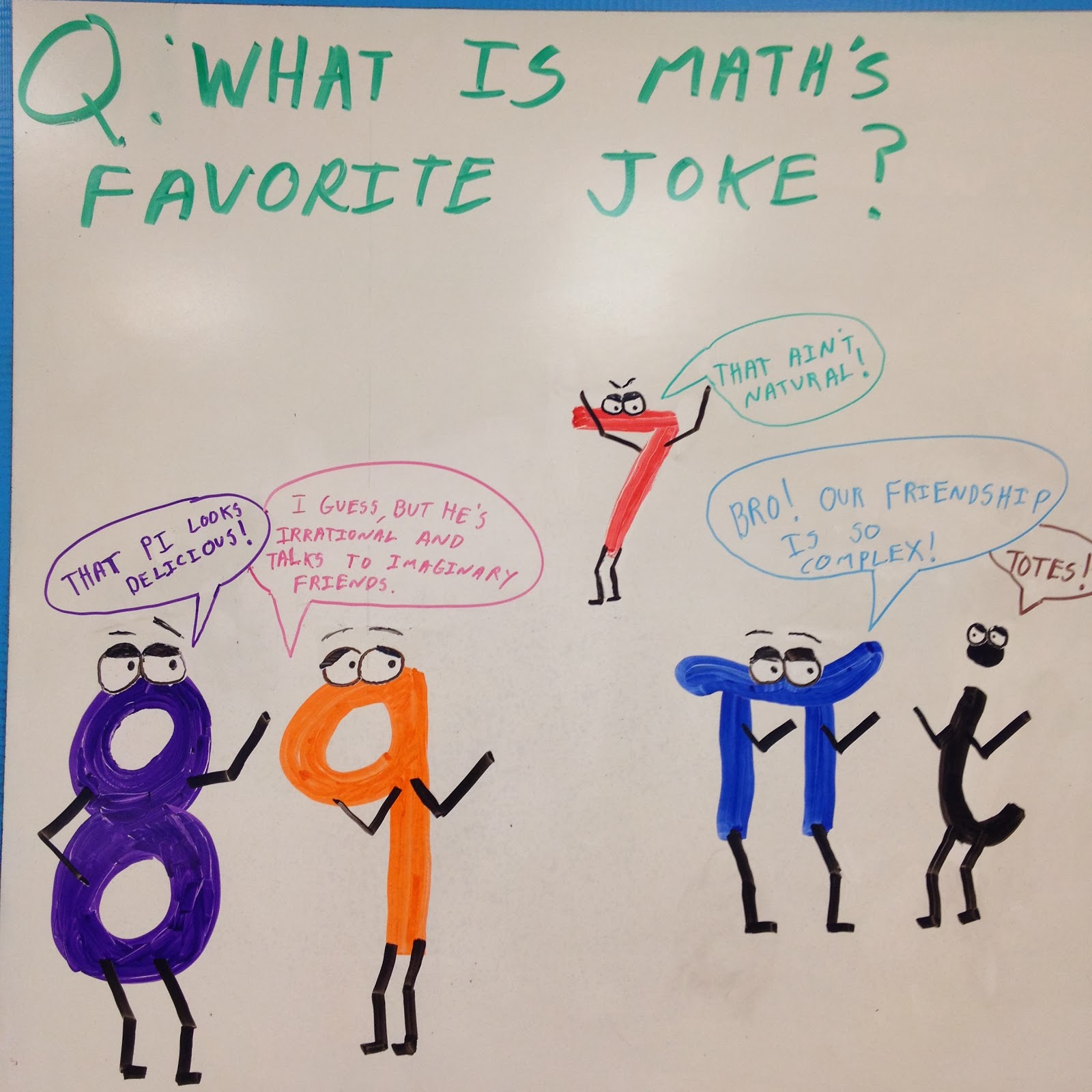 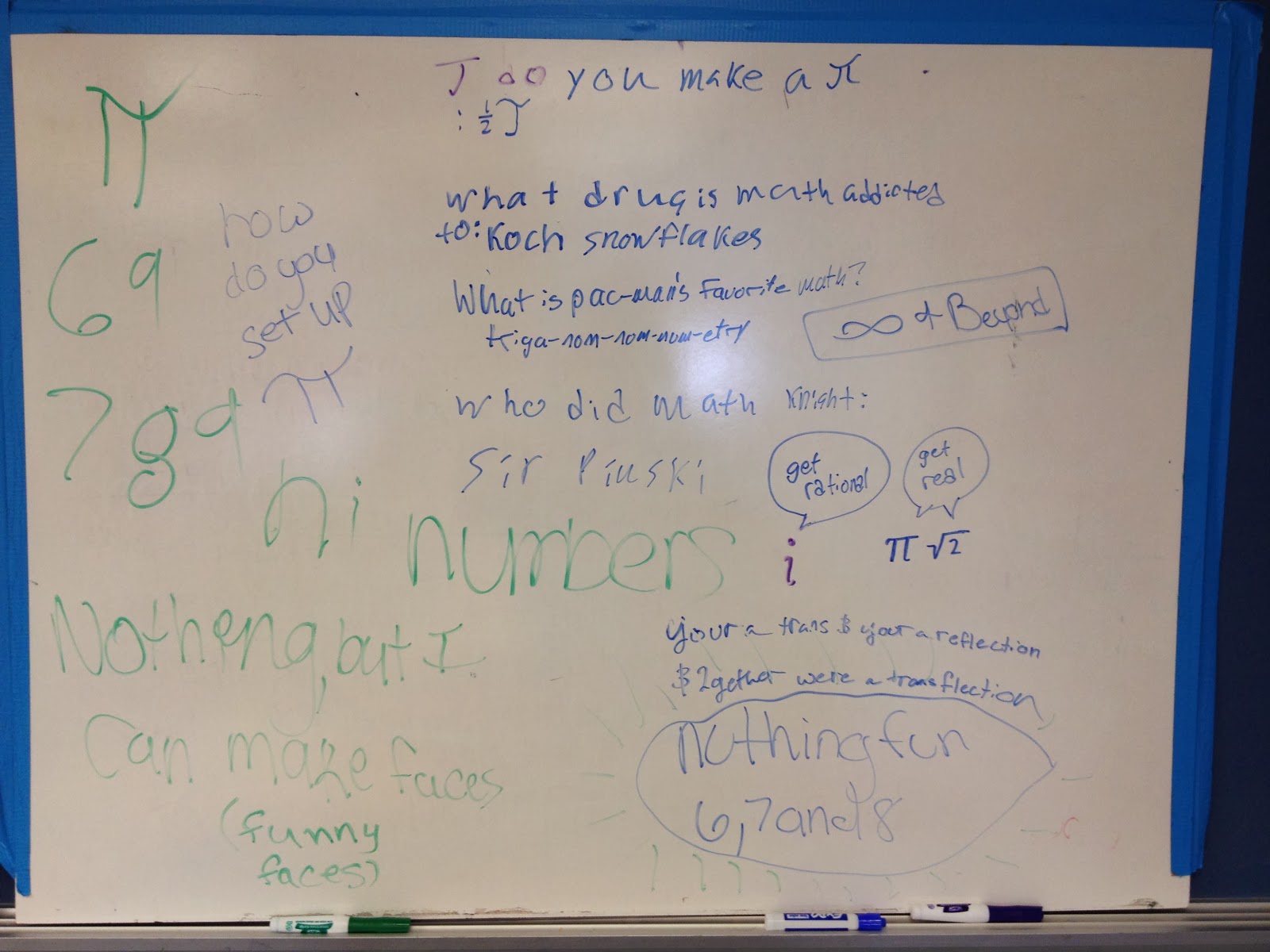 After the multiple videos from Vi Hart yesterday, my Geometry kids asked if they could have a "doodle day."  I went one better and made it full blown crafts.

Before class, several kids told me that they had spent some time watching other videos online and had some ideas that they wanted to try today.  After a brief introduction, I unleashed them and let them explore.  They did not disappoint!  I'll let their work speak for itself. 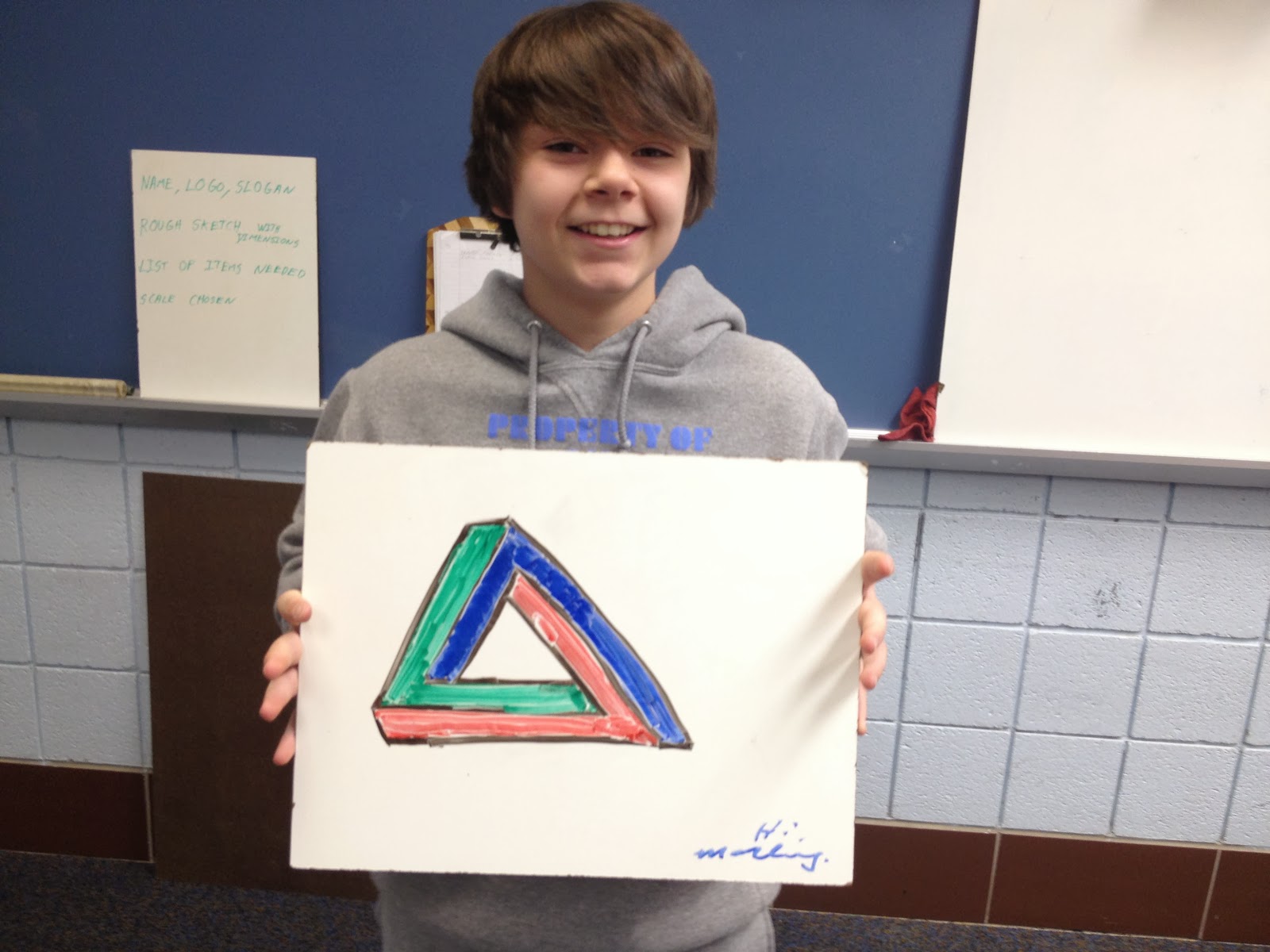 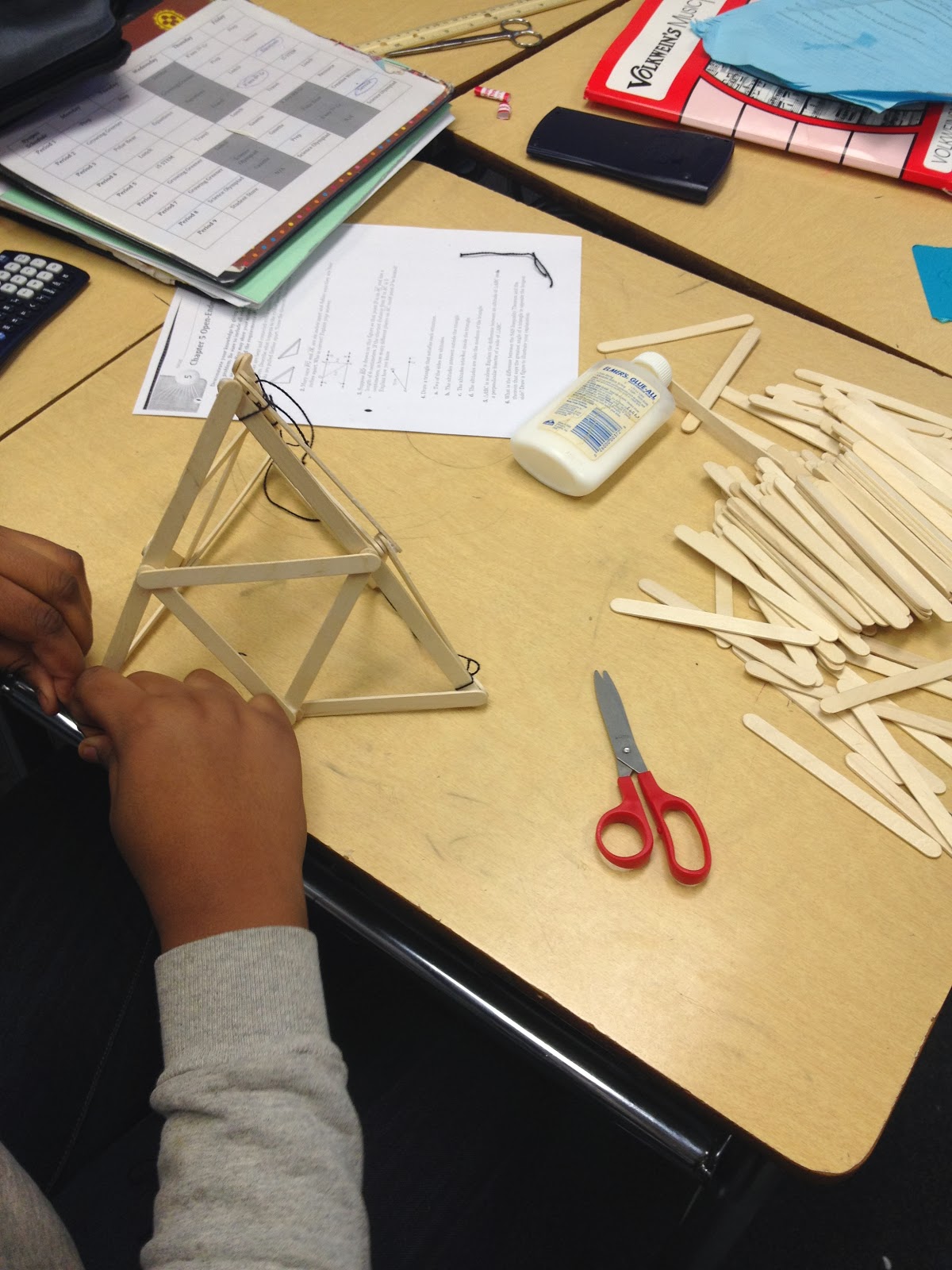 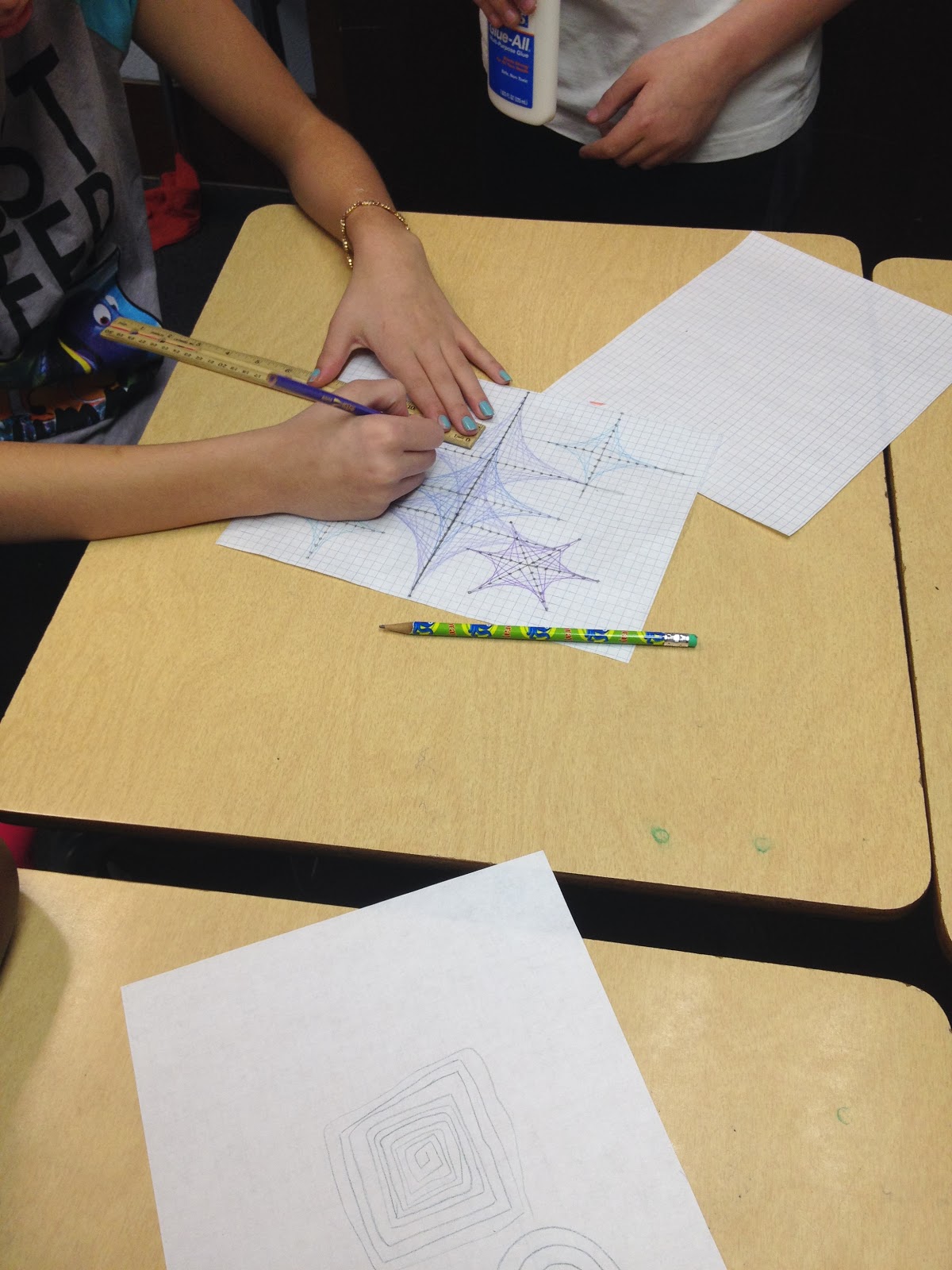 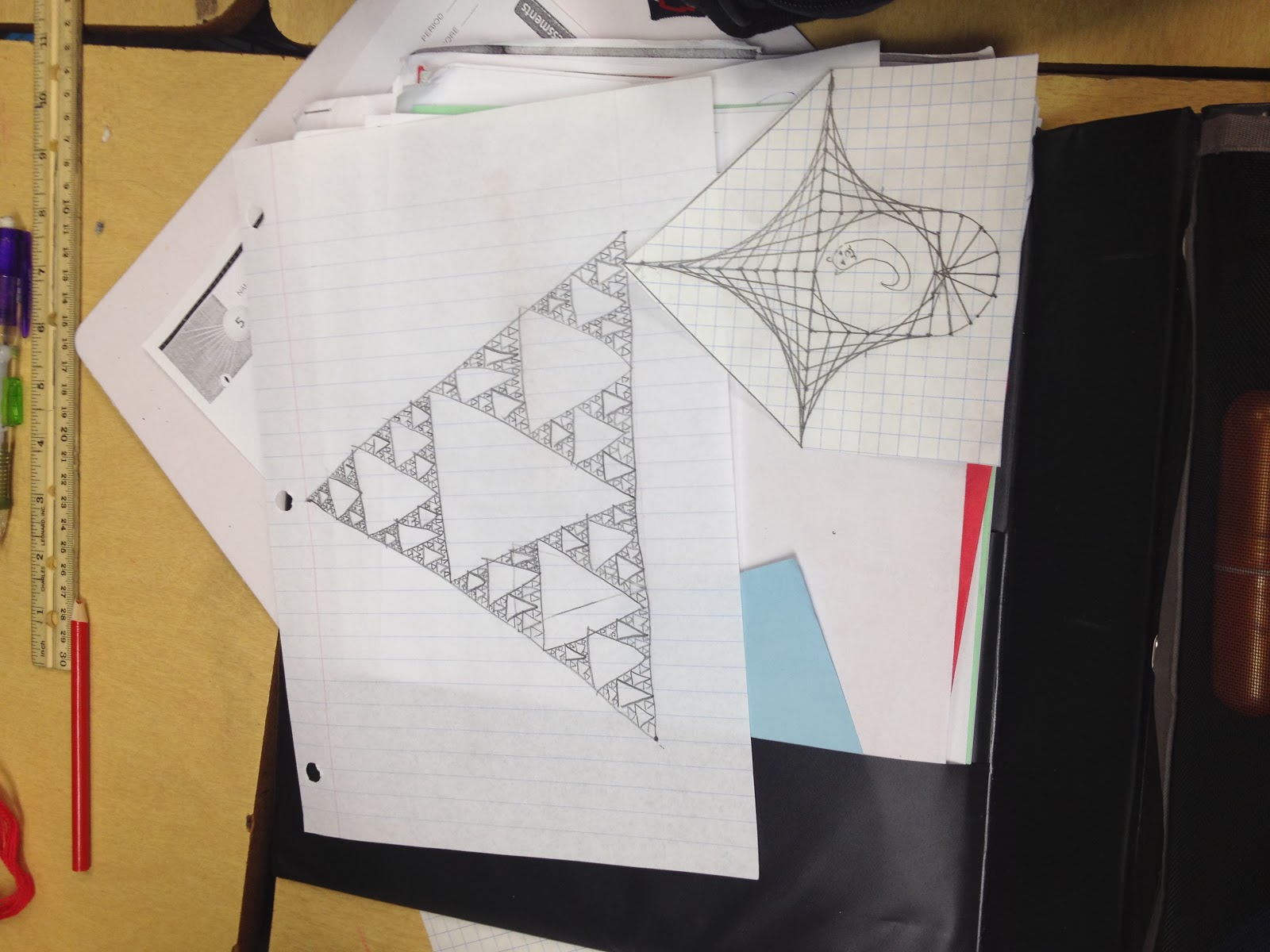 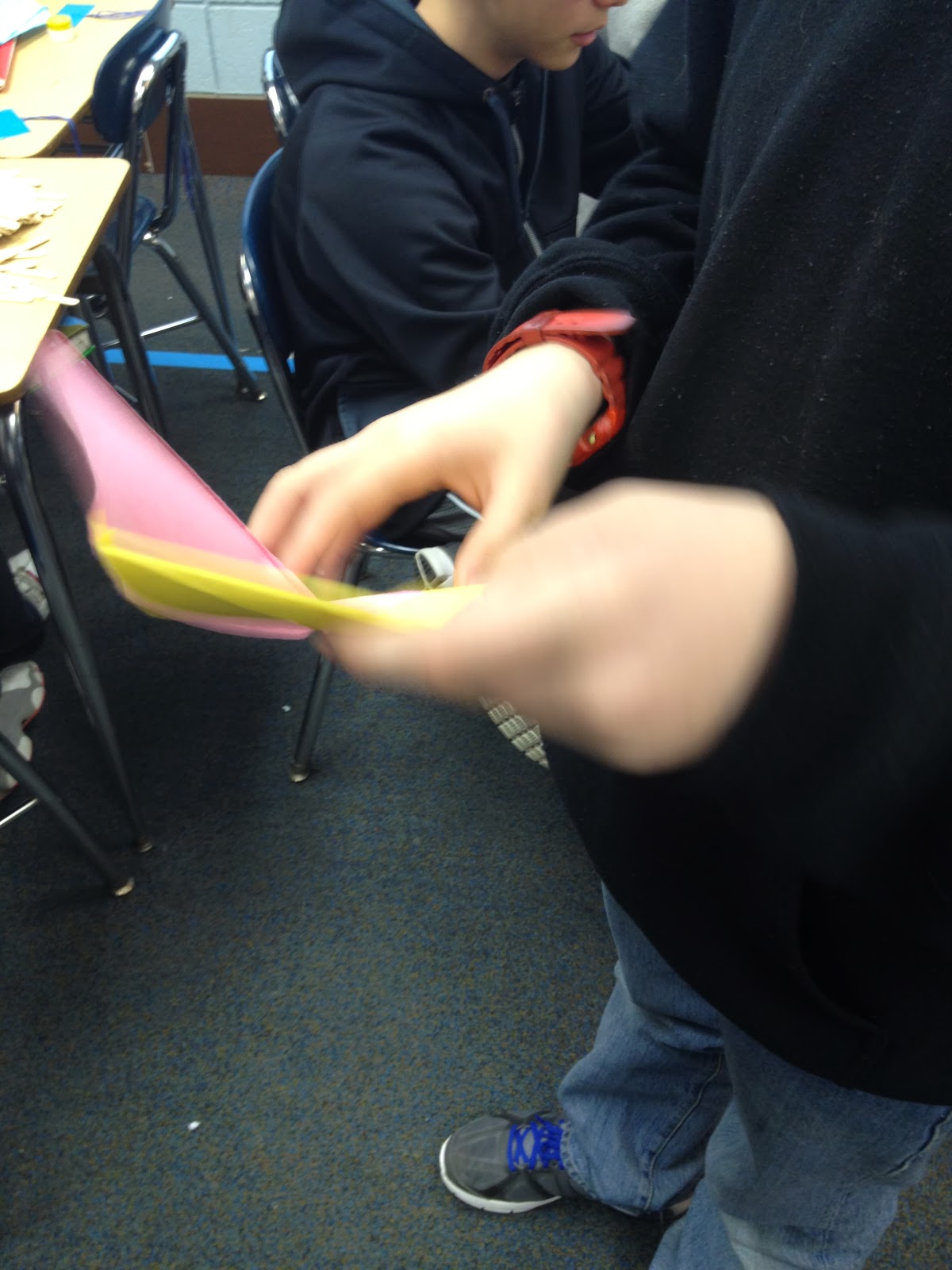 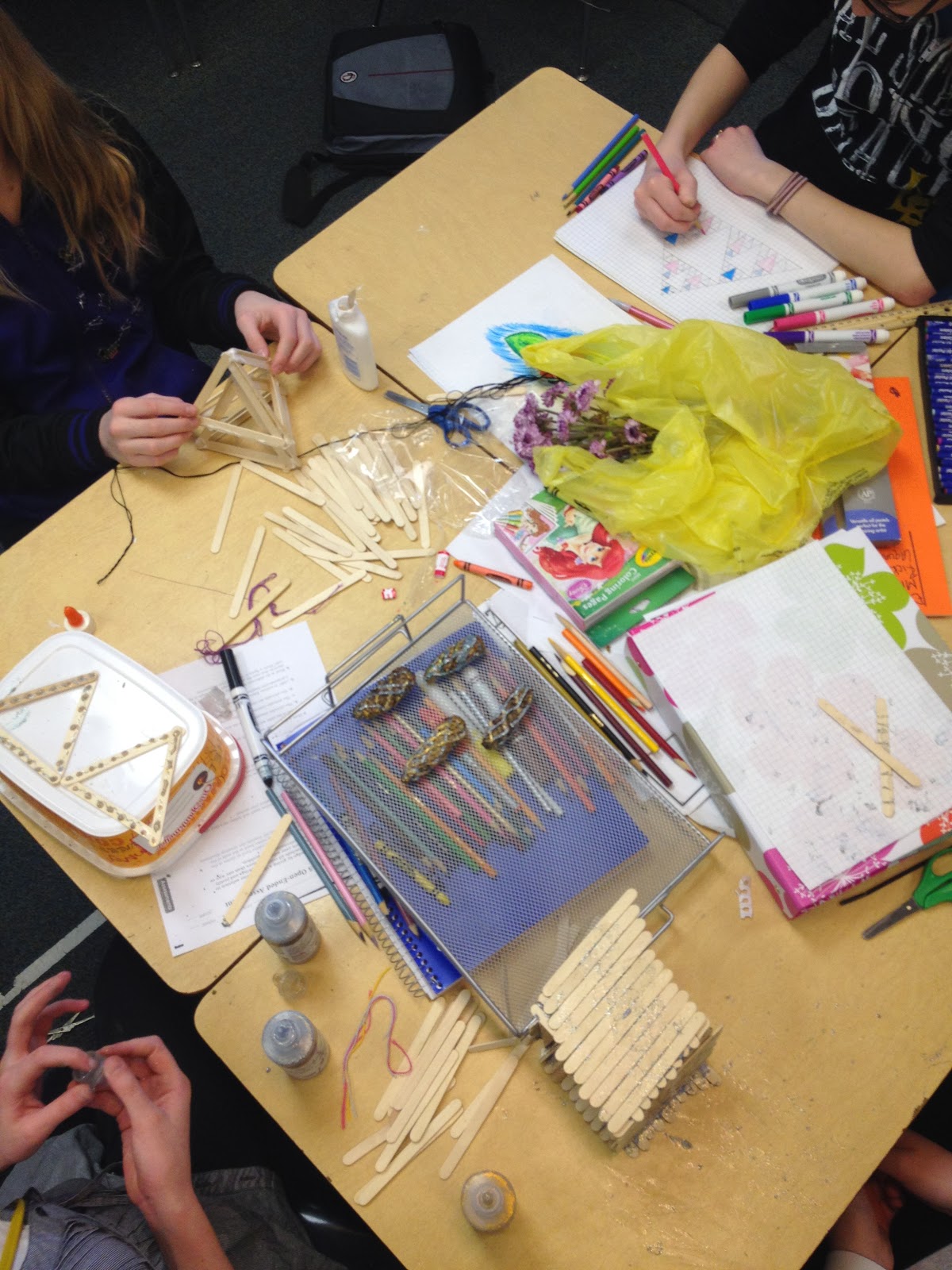 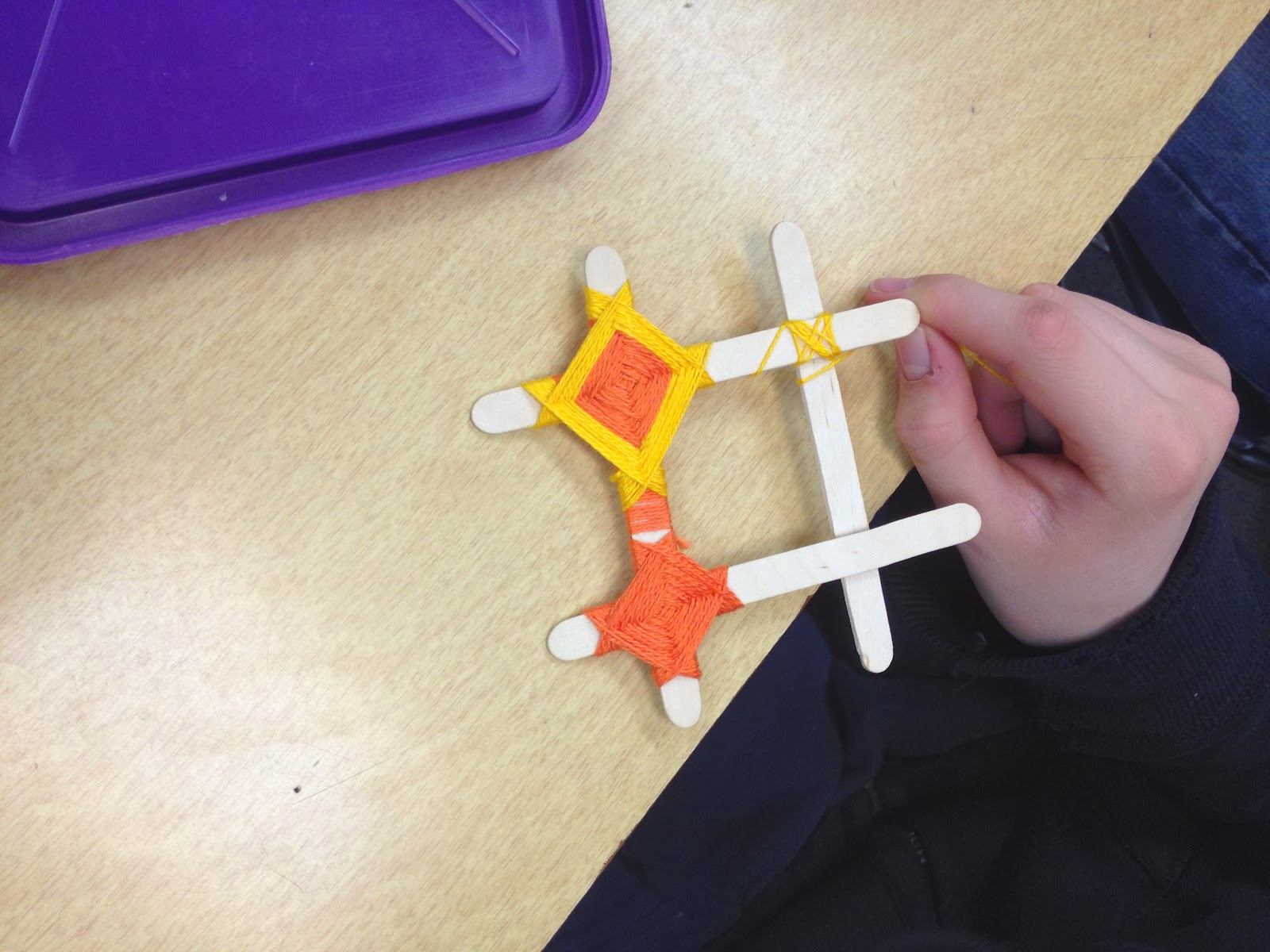 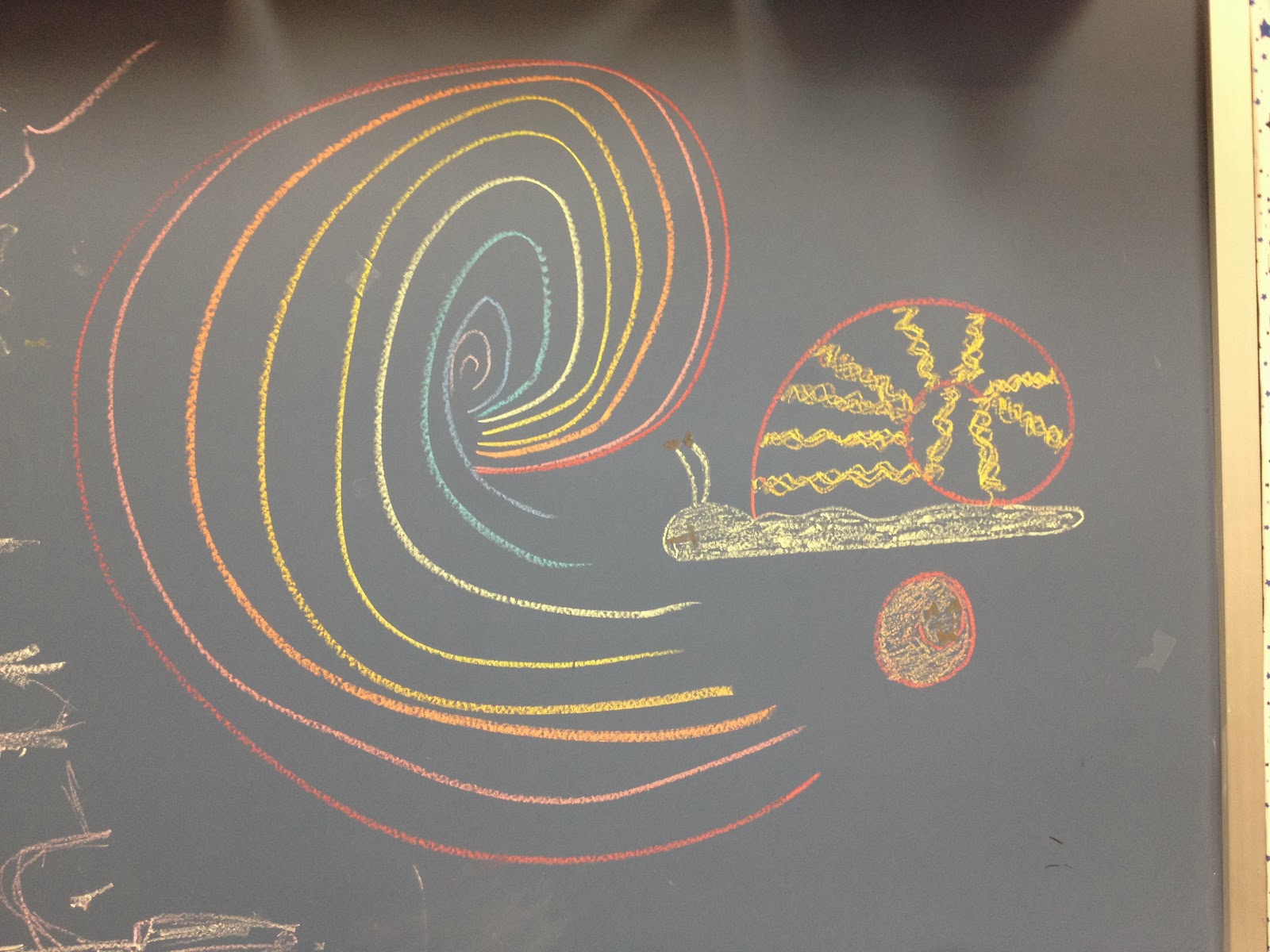 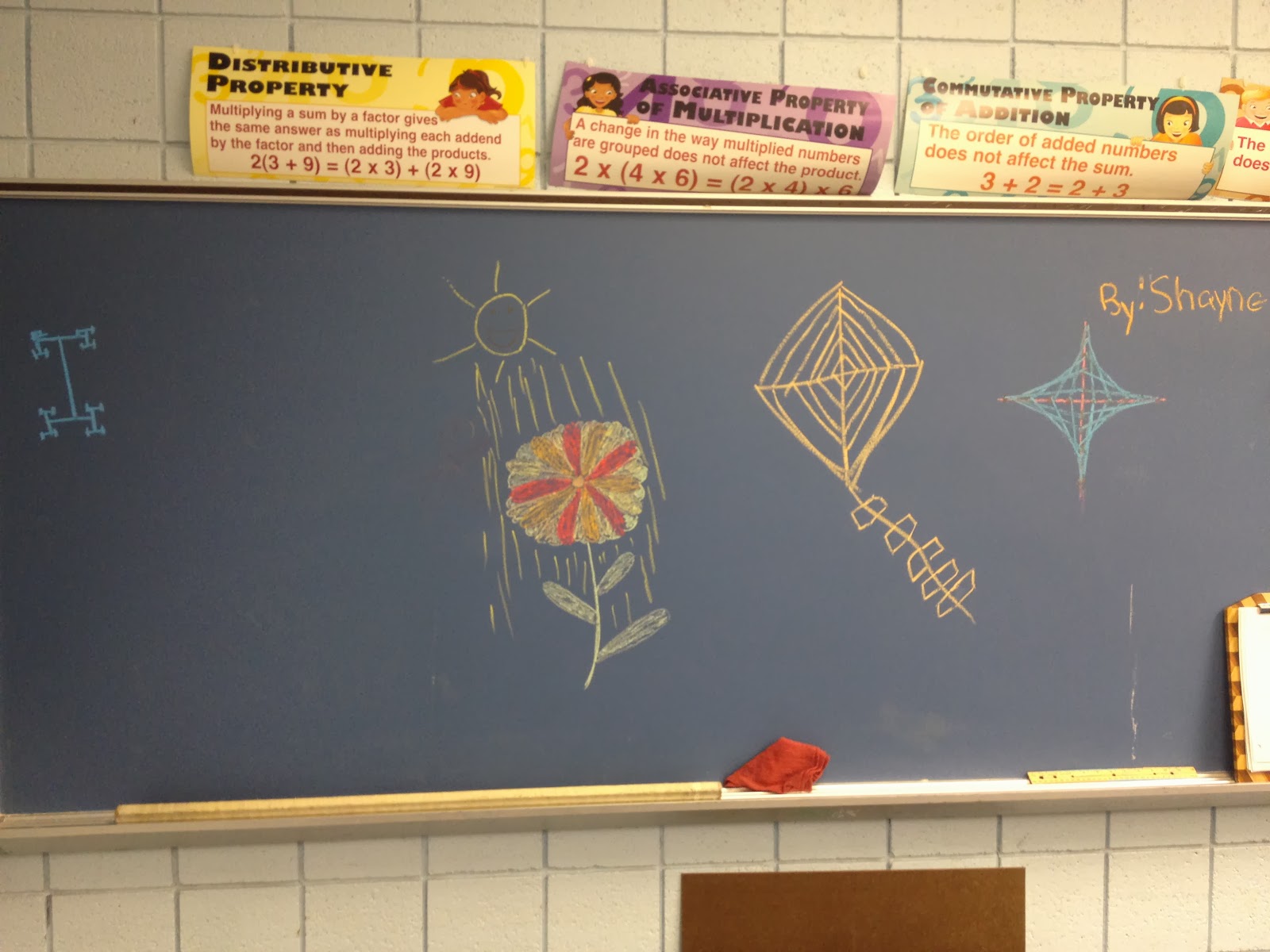 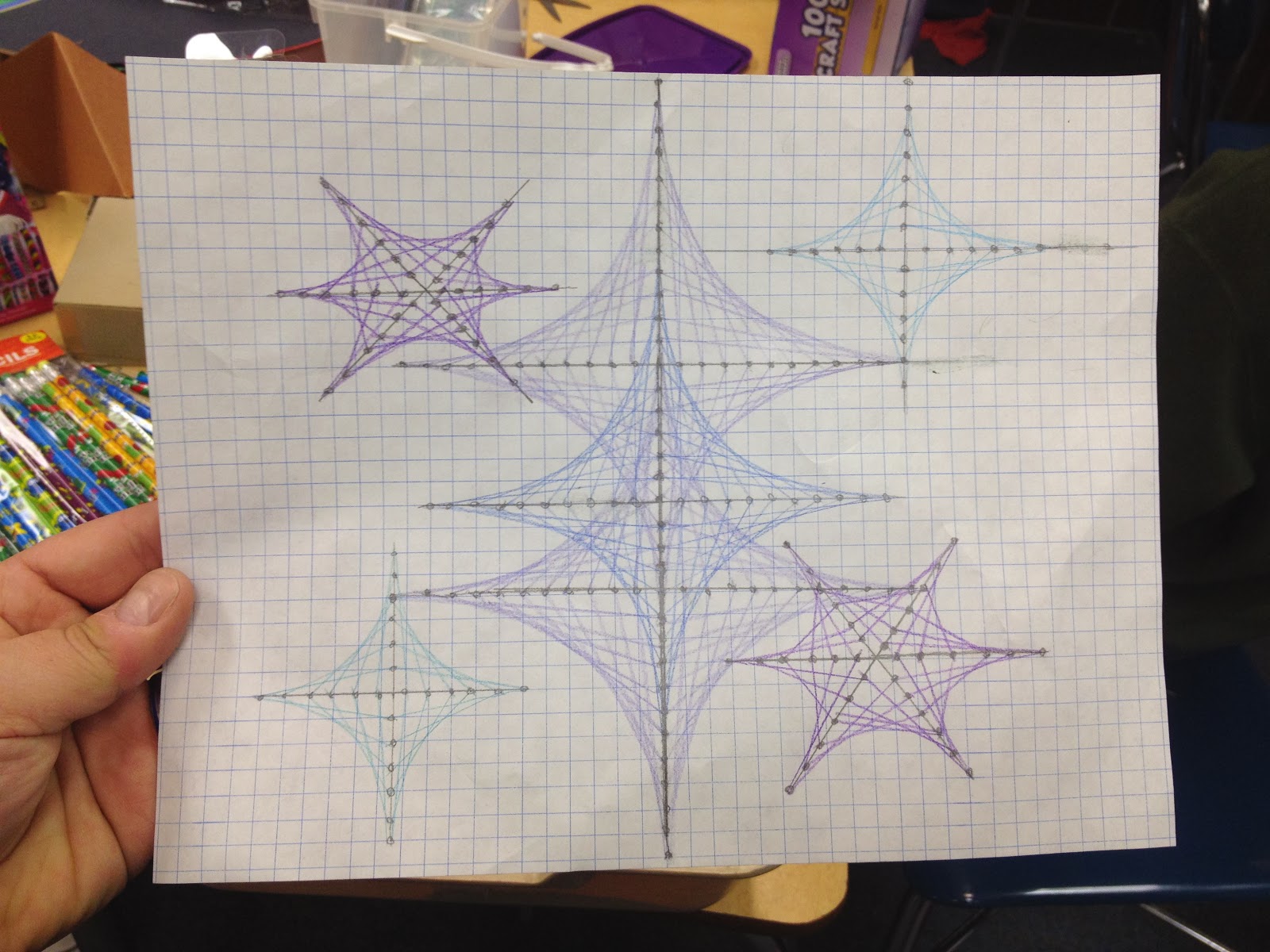 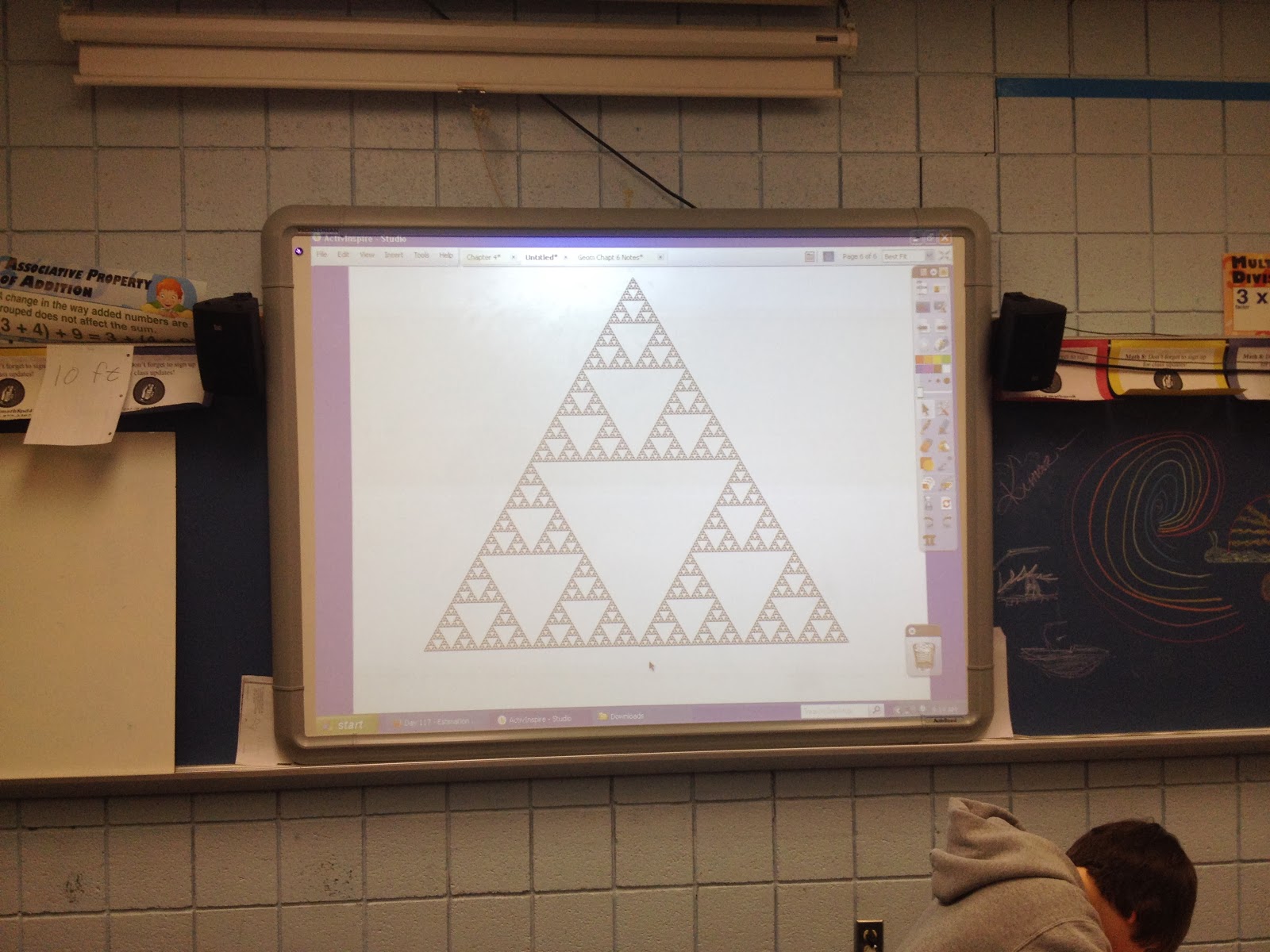 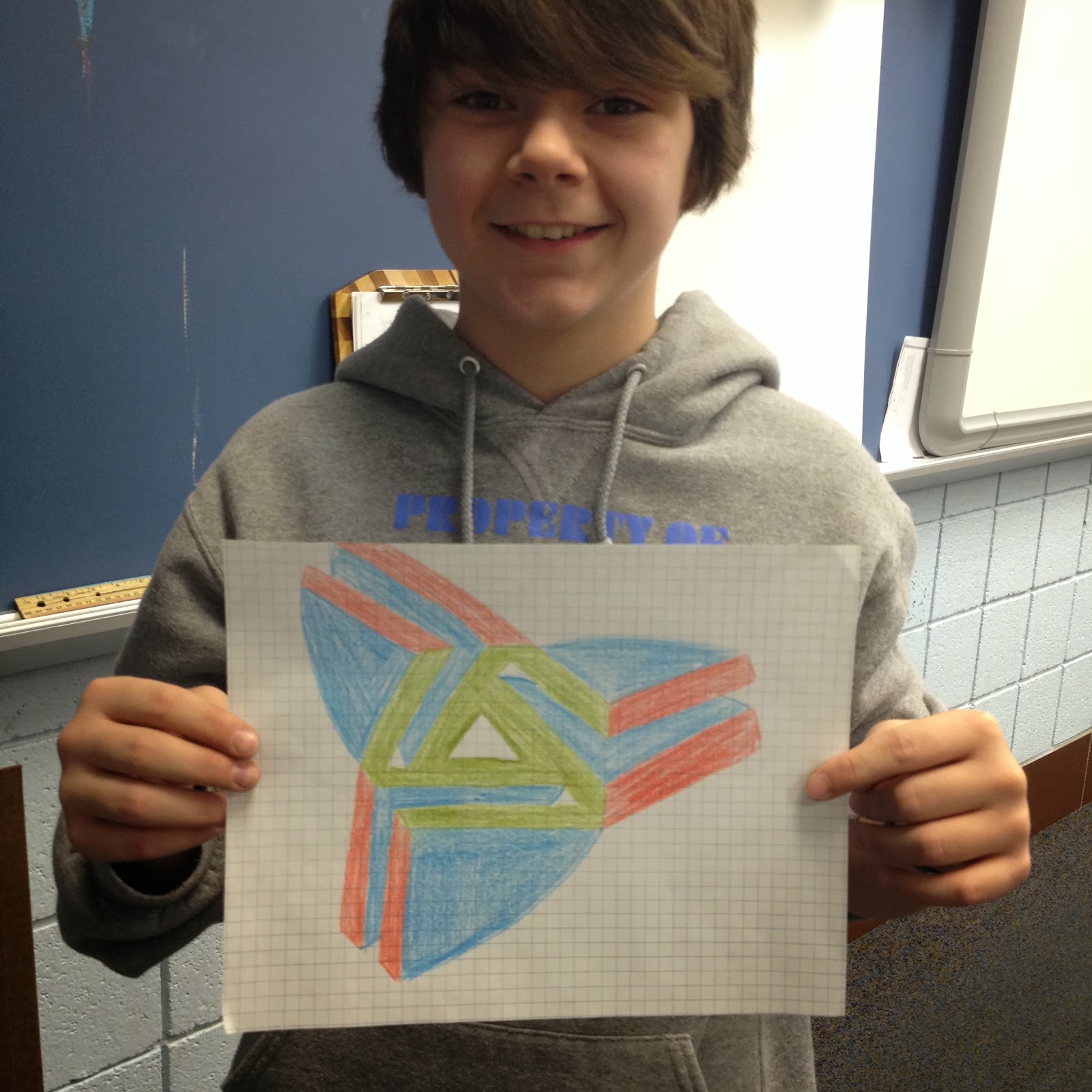 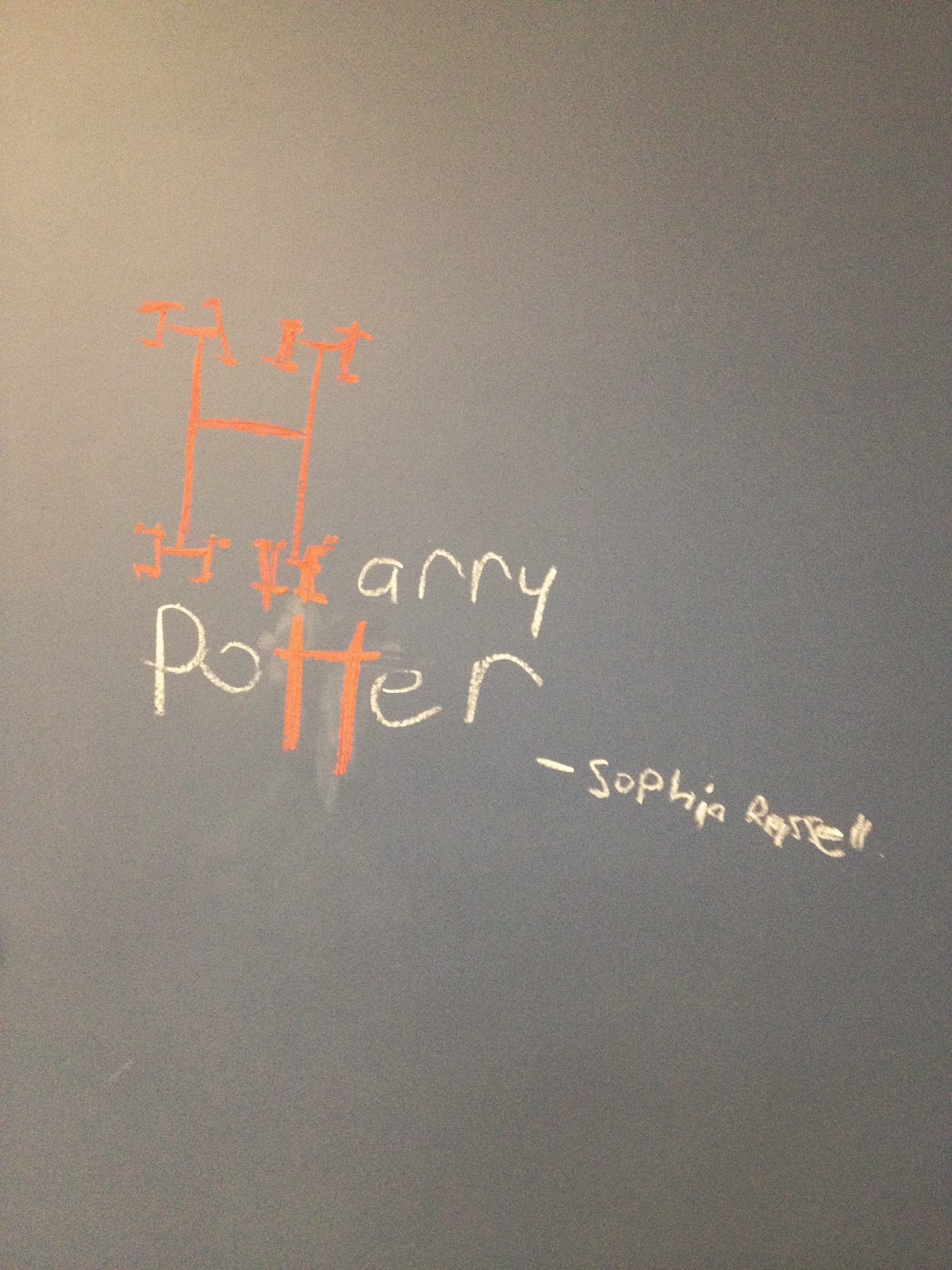 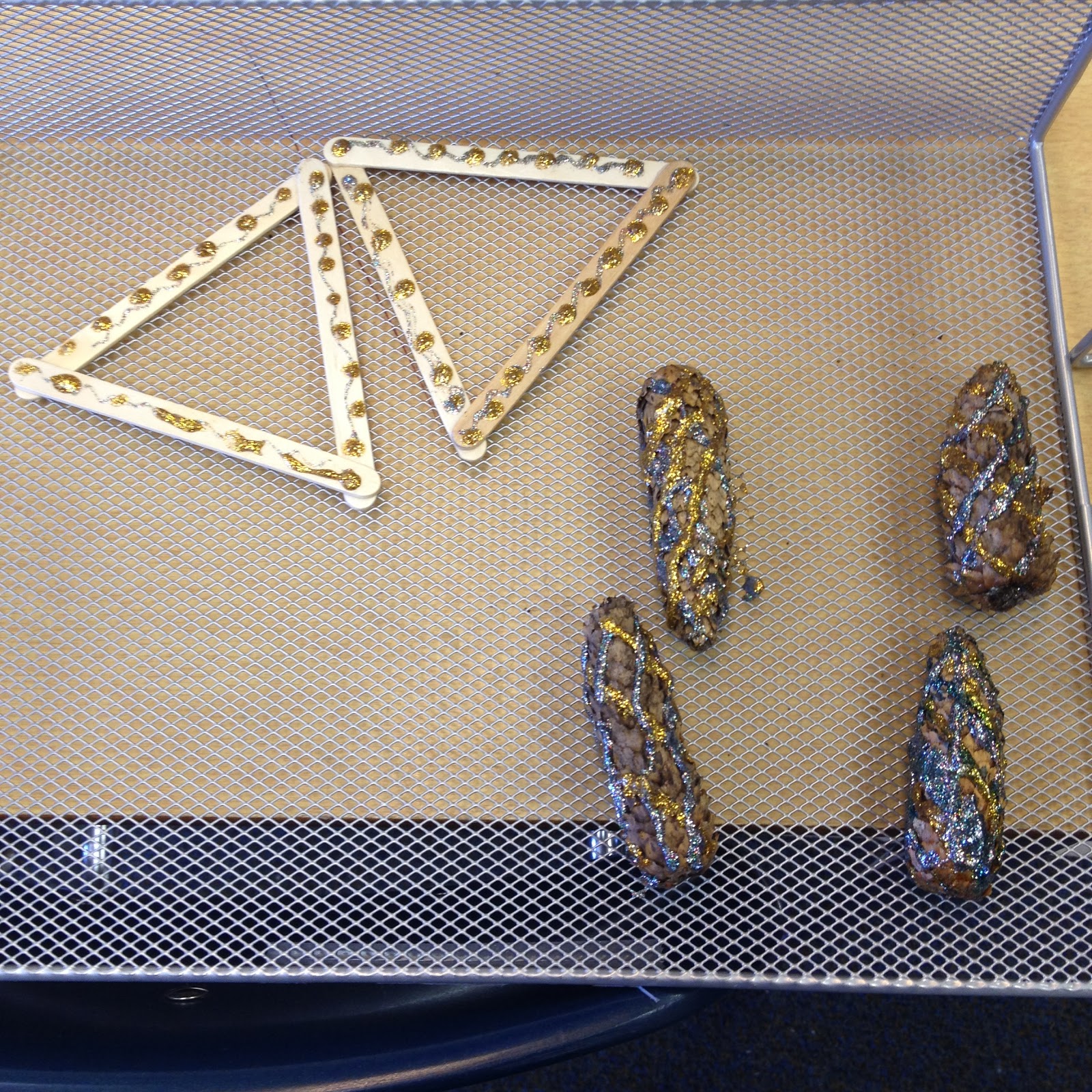 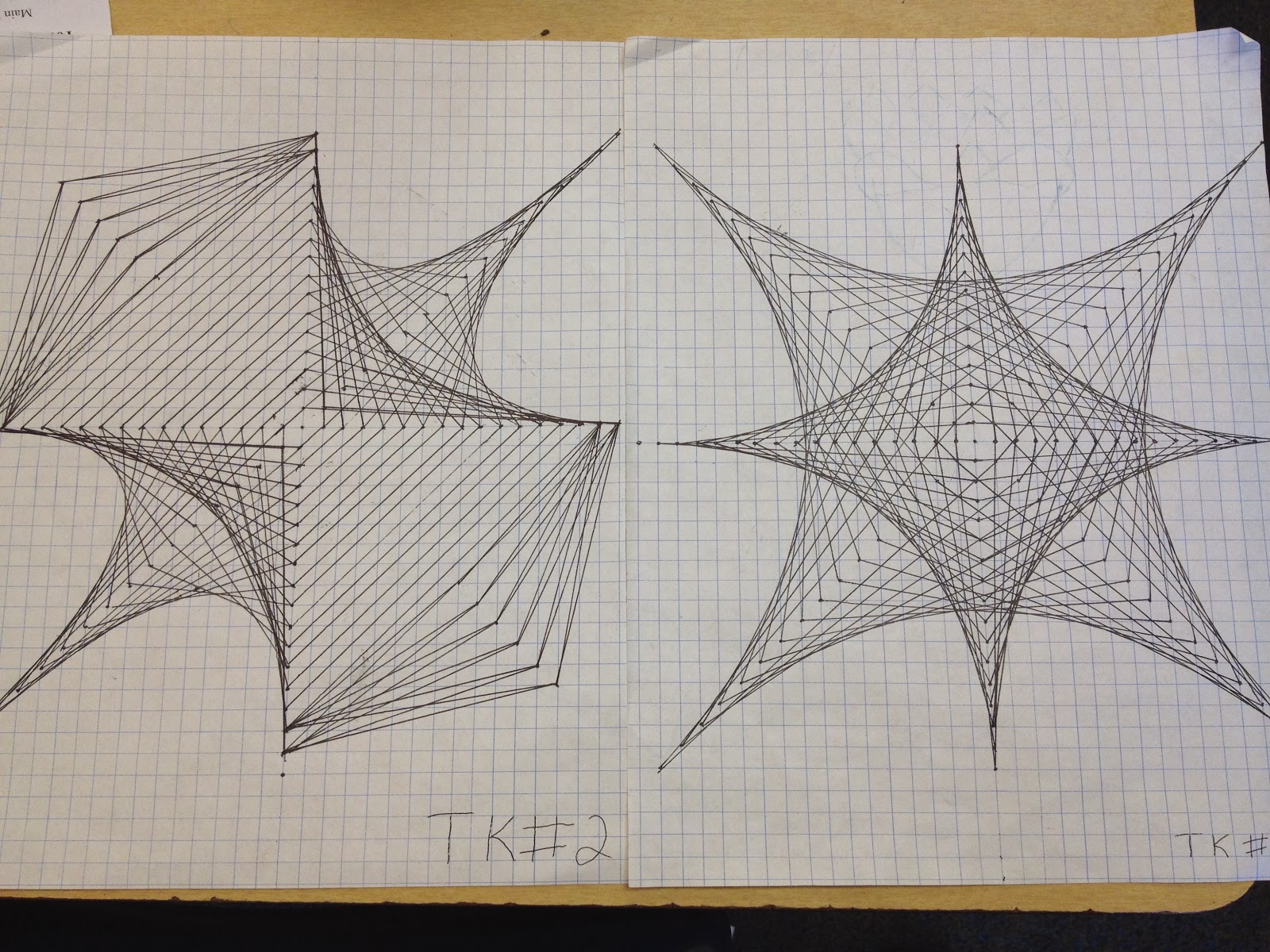 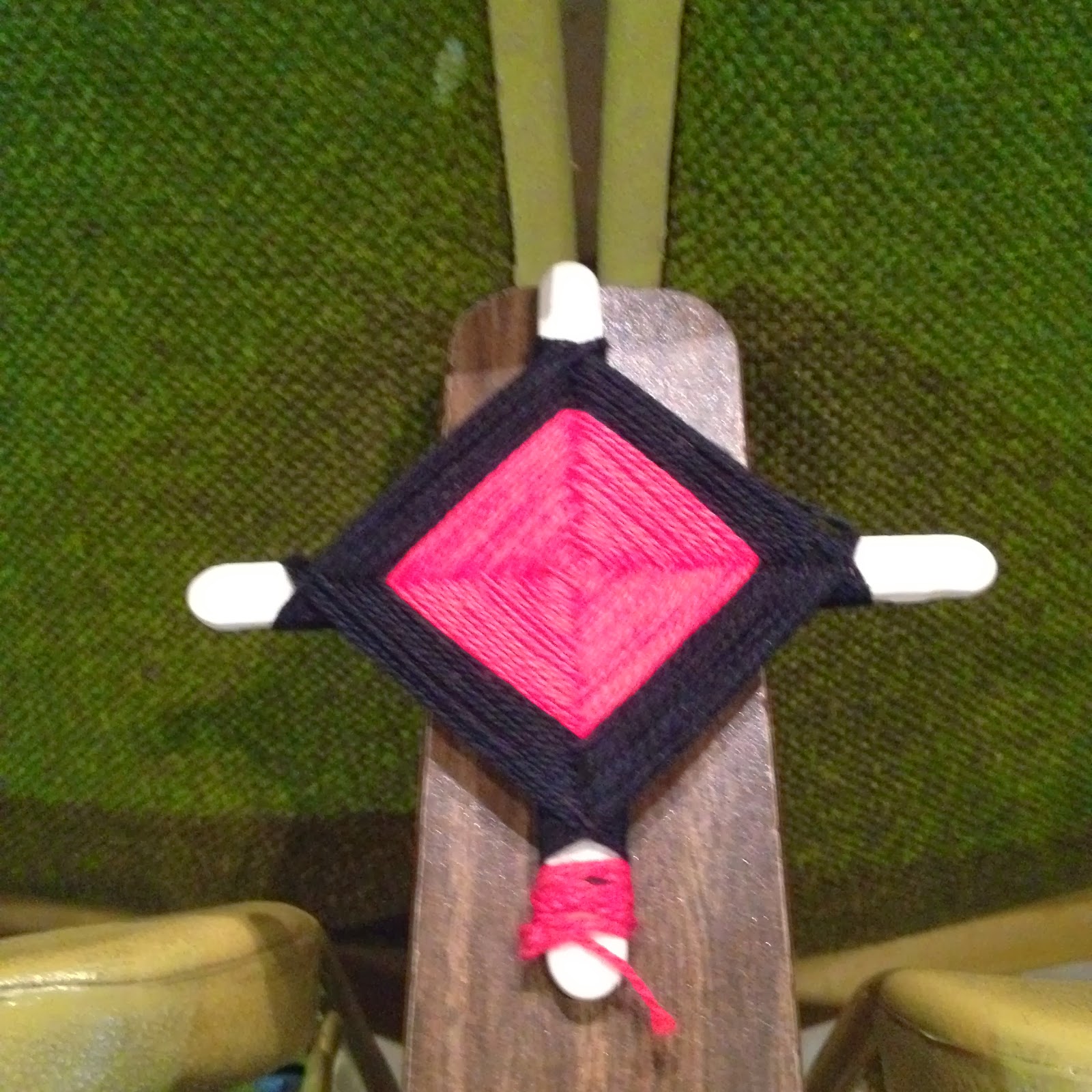 It was so interesting to hear them talk about how they chose to draw, paint, color, construct what they did.  Almost all them, without realizing it, picked an arbitrary rule and stuck to it.

"I made a bunch of dots and connected every other."
"I connected the Popsicle sticks at the ends and made them go at similar angles"
"I put some triangles into other triangles"
"I DREW A SNAIL!!"

Since February is(was) Dating Violence Awareness Month, we had an assembly at the end of the day.  This meant I didn't see my period 8/9.  Since they are already a little behind period 4/5, I didn't want them falling further by forging ahead with period 4/5.  So, after we went over the warm-up and the homework, they had a game day.

As was in line with the gender-based observations I've made before, the girls played games and the boys played at hitting each other in the crotch.  Business as usual.


This was a pretty good week, but I am certainly ready for the weekend.

My student quote of the day: "Why can't I use your chapstick? We're both white!"


Edit: I had to add the following for posterity!

@JustinAion Your students are awesome! They had some great ideas. Say hello to them for me.
— Vi Hart (@vihartvihart) February 28, 2014