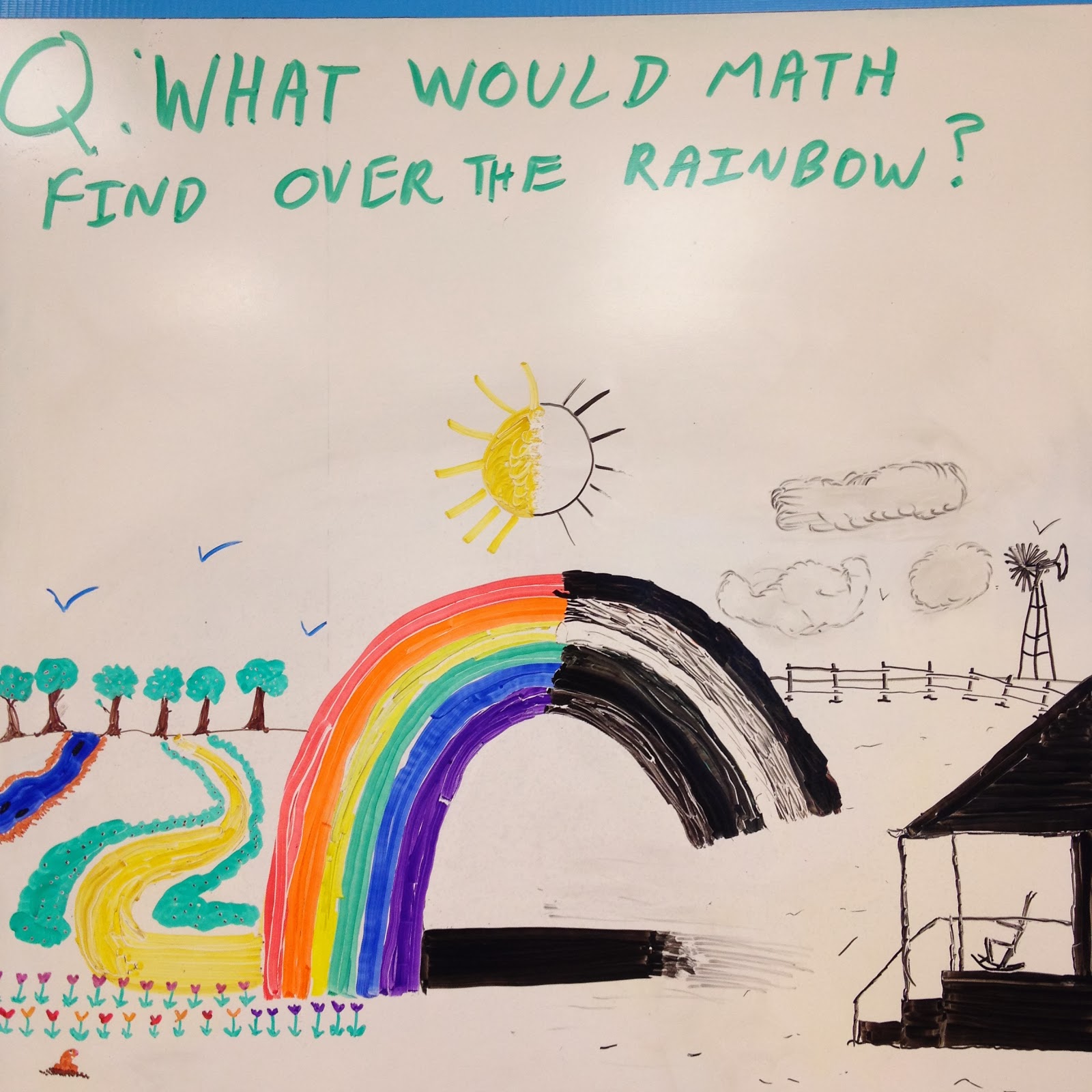 In geometry, once again, I got way off topic, talking about math rather than calculation.  We ended up watching a series of videos from Vi Hart.  They were 100% engaged, to the point where they asked for me, asked insightful questions and were doodling the entire time. 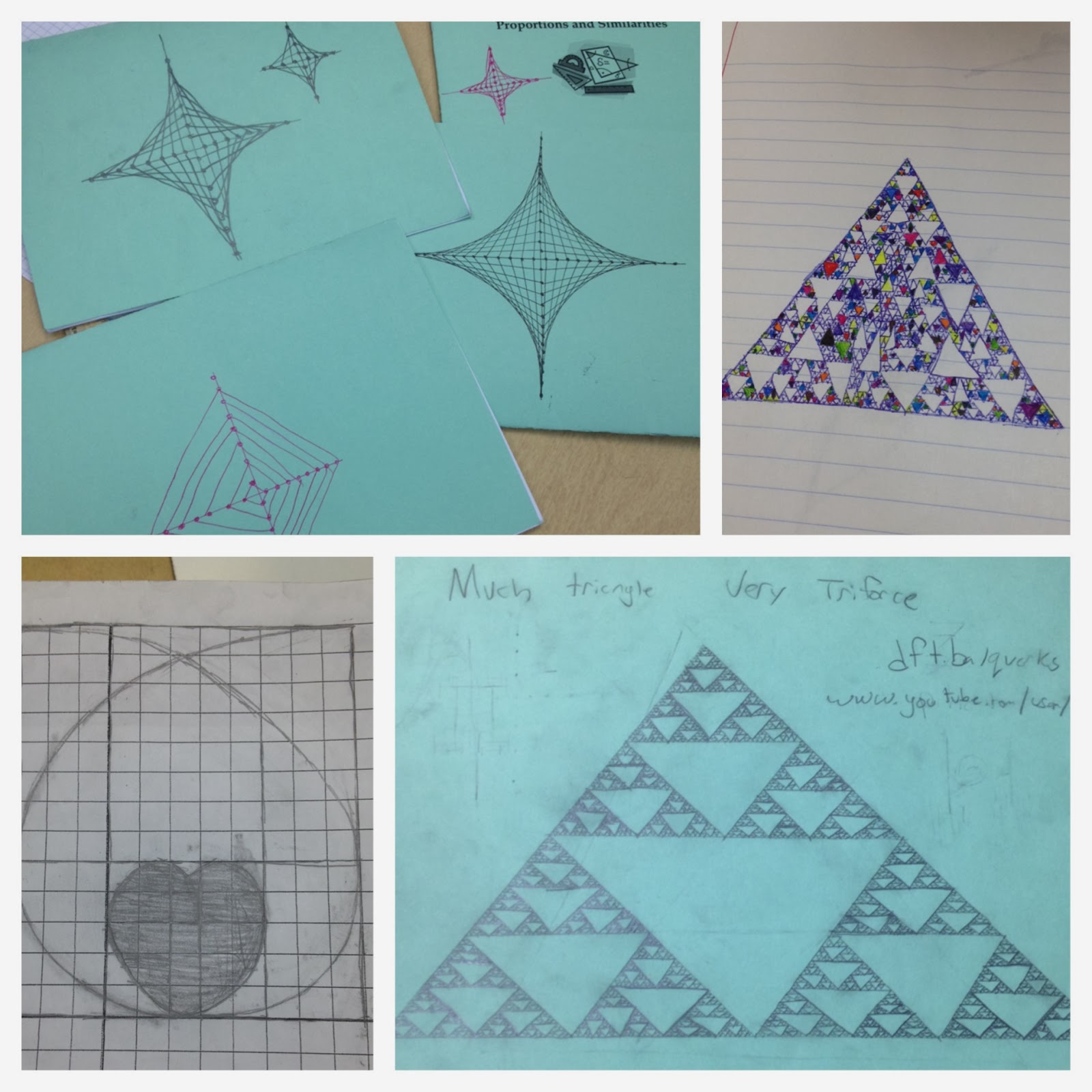 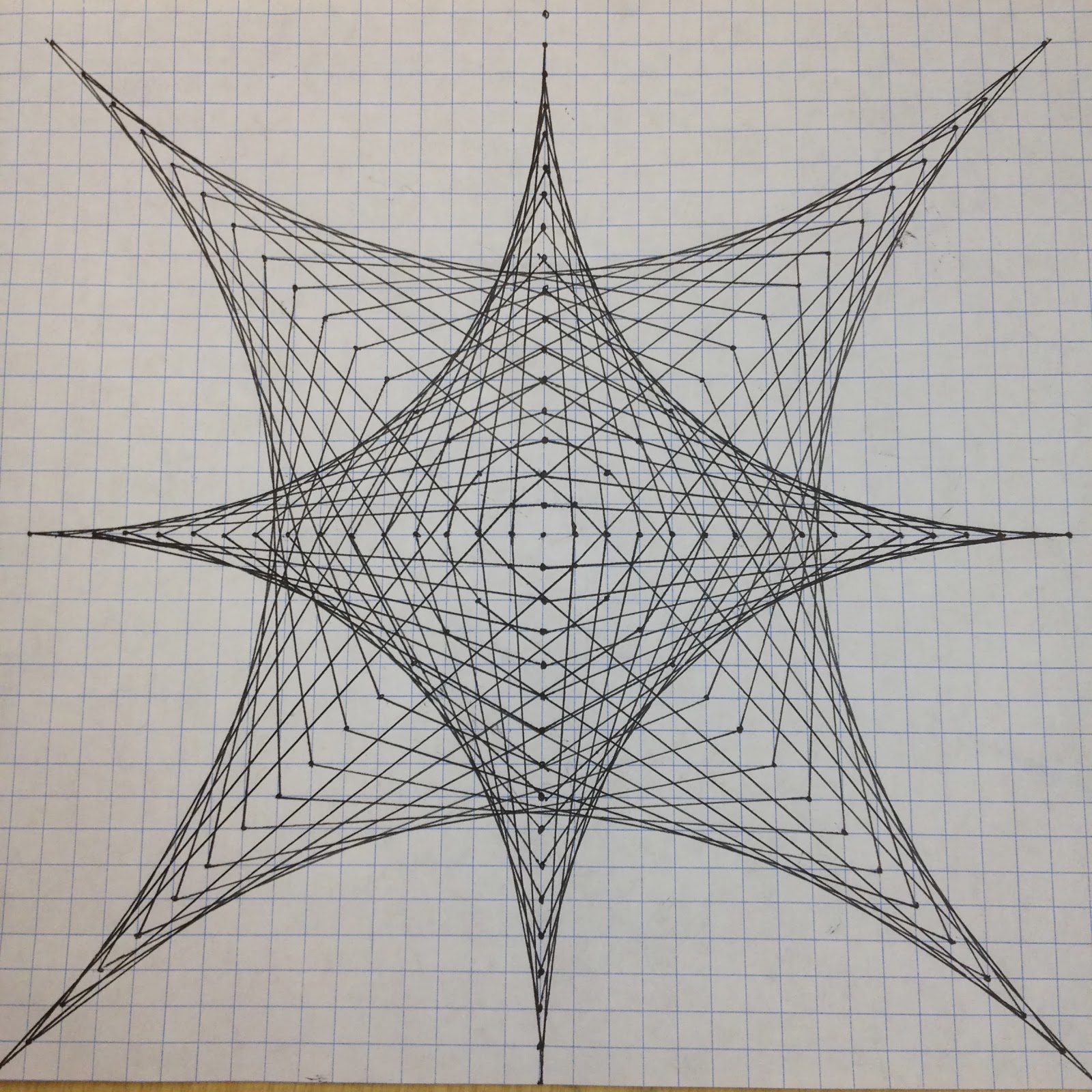 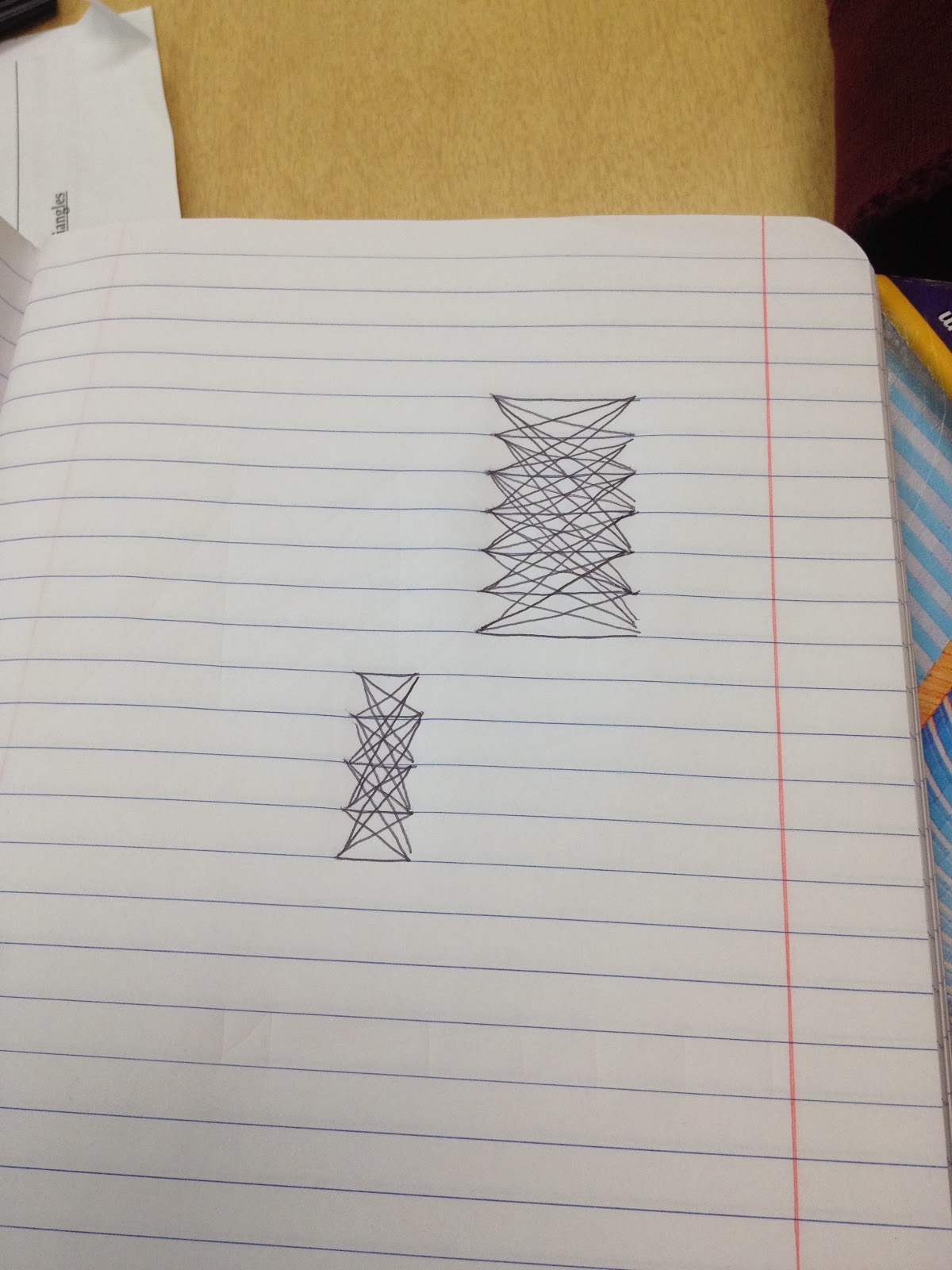 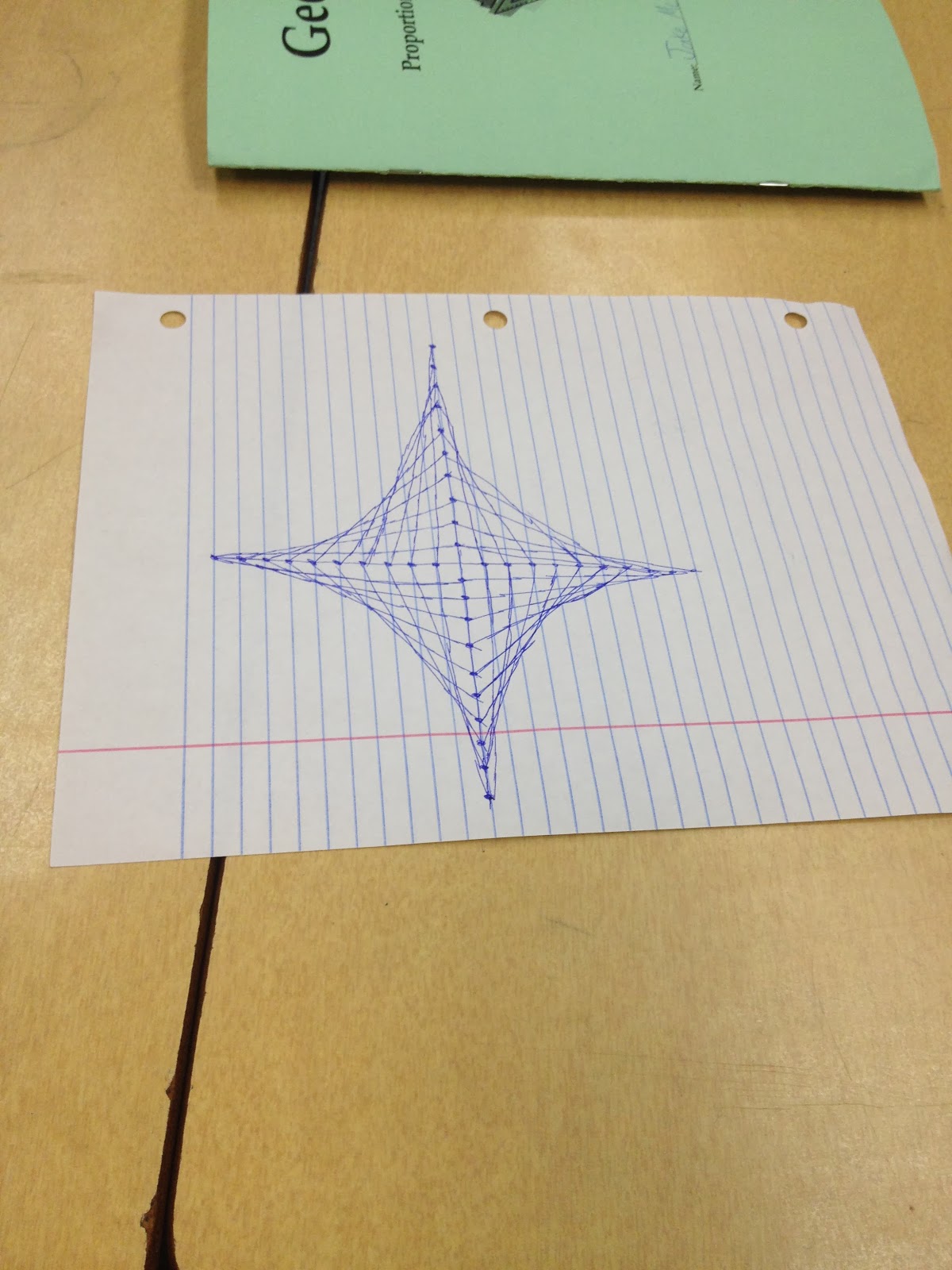 Vi believes (and rightly so) that there is a major disconnect between the mathematics that we teach in schools and ACTUAL mathematics.  I completely agree with her and it has been on my driving goals this year to close that gap.  I want my students to be able to do math.  I want them to understand why I love math as much as I do.  This was an excellent way to show them, and for them to show me what they can do.

We even had the talk where I said "I'd love to assign you to do something like this, but the assignment would defeat the purpose.  Instead, I'll say that anything you do that you think it interesting, show us and I'll put it on my wall!"

So what they asked for was a "Doodle Day" tomorrow. I'm so excited to see the results!

We had a team meeting today and pulled in a young lady who has been declining steadily over the past few months.  We expressed our concerned without accusing her of anything.  I finished the meeting by asking her to think about what we (her teachers) could do to help her to be successful.  She said she would think about it.

Period 4/5 started out normally.  We did Estimation 180 and I handed out the quizzes from yesterday.  I told them how the students who had been consistently paying attention, participating, asking questions over the last 4 days all earned A's and B's while the kids who hadn't, hadn't.  Several of the kids who earned A's and B's are ones who are traditionally more "difficult" students and I made a point to make eye contact and tell them how proud I was of them.

When we started going over some practice problems, there were suddenly only 6 kids who were tuning me out.  The rest either moved closer to the board to pay better attention, or moved off in small groups to practice the exercises on their own.

I had several kids actually fighting over which one of them got to put the exercises on the board!  Two or three students took upon themselves to go around the room tutoring others who were confused and didn't want to ask for help.  The end result was several groups of students diligently working with little to no encouragement from me.  I quietly walked around, giving reassuring should squeeze and back pats to kids.  I was so proud, I think it might have been spilling on everything.

One of my more difficult students, after being tutored by one of her peers for a solid 45 minutes, meekly asked me if she could retake her test.  I thanked her for her hard work and let her do so.  Her score DRAMATICALLY improved.

I was so happy that I didn't even maim anyone when a kid, not where he was supposed to be, smudged my whiteboard drawing.

Period 8/9 eventually got to the same point of small groups breaking off to do the work, but it took a little longer.  In addition, the 8 students who were loud and disruptive (to me) composed a larger percentage of the class.  Overall, however, I was incredibly pleased with how they worked and I made sure to make myself available for them.

The student that we pulled aside earlier in the day worked her butt off for me and I was able to honestly tell her how proud I was.

I know that each day is a different day with different dynamics so I'm not going to read too much into it.

But I see it as a HUGE step in the right direction and I'm very pleased.  It does mean, however, that I now need to redouble my efforts to make sure they don't backslide into their old habits.  The new ones haven't had enough time to solidify yet.
Email ThisBlogThis!Share to TwitterShare to FacebookShare to Pinterest