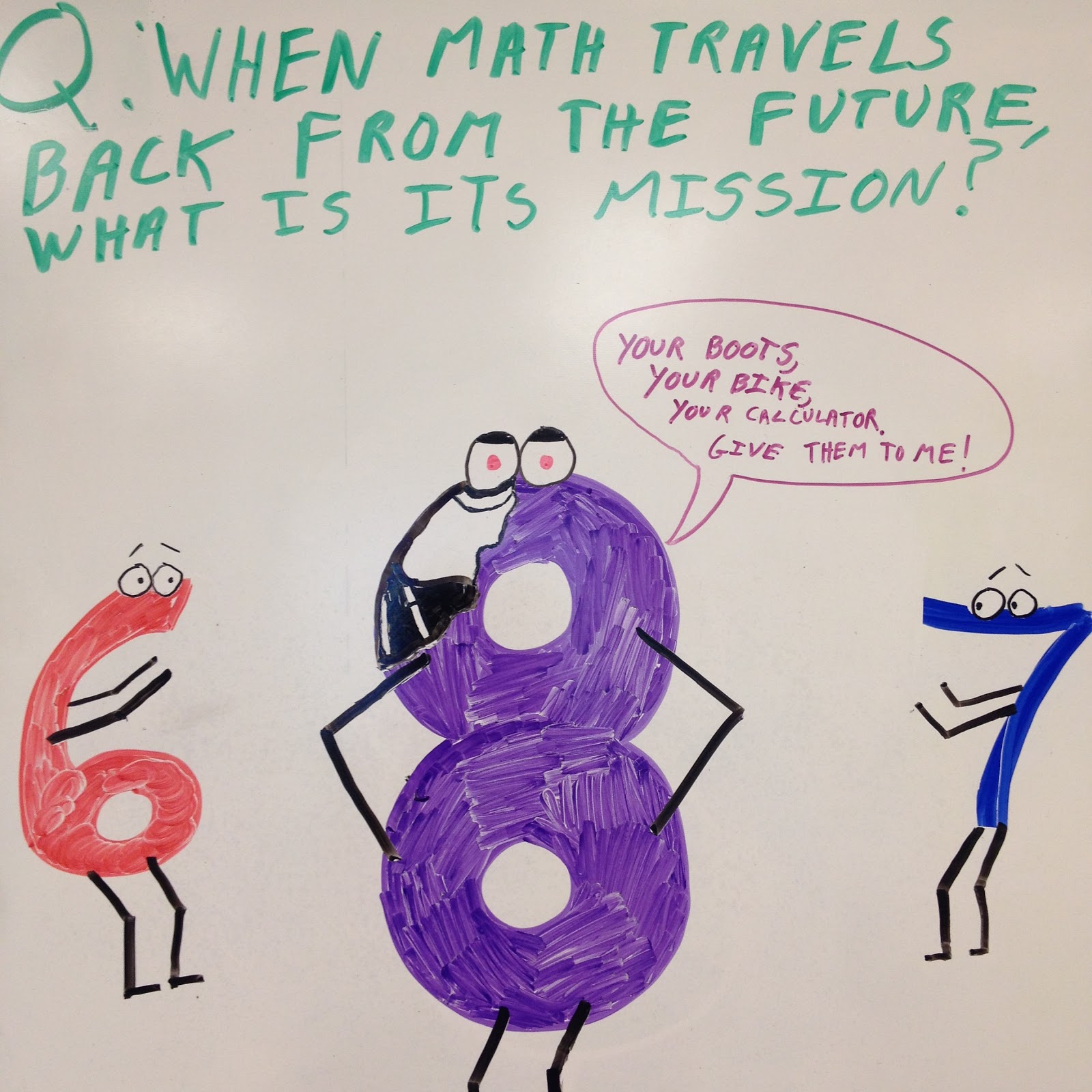 Last week, there was a field trip scheduled during PSSAs and half of my geometry class missed a day of testing.  The make-up day was today and so those same kids were out of my class.  The deal I made with the rest of them was that if they worked on the various things they owed me, we could watch Cosmos.

While they worked, I graded the Chapter 6 reassessments, some of which were excellent, others not so much.  I'm starting to see the gaps in understanding versus the gaps in effort, although the latter at the beginning of the marking period clearly created the former.

I think that on Monday, with the start of the new marking period, I'm going to make new groups based on understanding from the previous chapters.  The question is whether I make the groups homogenous so I can focus on the groups who need the attention, or heterogenous to facilitate peer interaction.  I'm thinking a combination of the two would be most advantageous.

Oh man, are they going to be annoyed when they come in and I've assigned new groups.

There are also several students who will be getting lower grades than they are accustomed to this marking period.  I feel confident that I provided enough opportunities for students to make up work and to demonstrate their knowledge to me.  In conferences tomorrow, I need to make sure that I keep my goals in mind and do my best to convey those to any concerned parents.

In pre-algebra, we spent the first half of class going over percent conversions.  In keeping with my plan, I went around the room and asked random kids to give me the answers as well as their processes.  The ones who didn't know what we were doing, who hoped I would say "Alright, next?" received a response of "That's alright! Let's do it together!"

I didn't let anyone give up and everyone worked fairly well.  I give them the rest of the assignment and, with the momentum built from the start of class, most of them continued to work independently.  There was a lot of noise and anyone entering my room might think that everyone was off task, but really it was just the loudest 5-6 kids.  The rest were working VERY well and I made sure to tell them how proud I was.  I thanked a few kids who are normally off task for helping their classmates with questions.

The marking period is finally over, which means I have a ton of things to grade in the next day or so.  I'm going to try to get as much done during conferences tomorrow as I can.

I'm truly looking forward to speaking with the parents who come in, even though I know several are going to be difficult conversations for me, the parents and the students.


No matter what, I need to keep in mind my goals as well as both the long-term and short-term interests of my students.
Email ThisBlogThis!Share to TwitterShare to FacebookShare to Pinterest