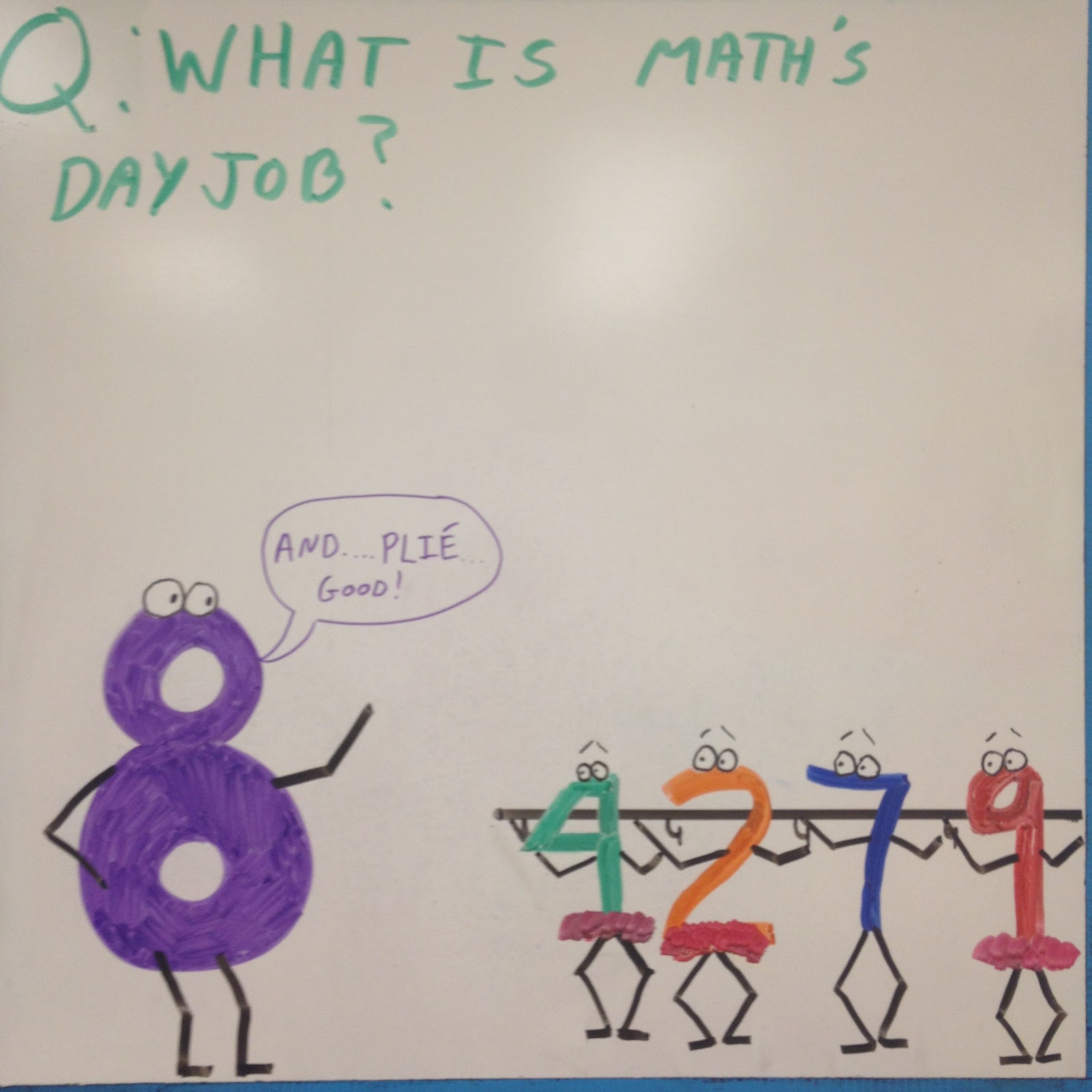 Since we have missed 2 days of geometry this week, I decided that we needed to cover some content to catch up, so we delved into special right triangles.  We had an excellent discussion in which we derived the rules for 45-45-90's and 30-60-90's, starting with Pythagorean Theorem.  After we calculated the sides on several, I asked if anyone was able to identify a pattern.

I then asked them, if I were given side lengths of 4 times the square root of two and a hypotenuse length of 8, how could I draw the triangle without a protractor to measure the angle.  We had a great discussion about creating smaller right triangles of side length 4 and using the hypotenuse of those to make the legs of the new triangle.

I was very pleased with how they worked together, bouncing ideas off of each other to develop a theory.  What I said a few days ago about having them trust me is, I think, very accurate.  They ask clarifying questions that might be considered risky in other classes.  They put out there what they understand and what they don't in an effort to make the amount of the former grow and the latter shrink.

It takes a ton of courage for anyone to ask for help or to admit weakness, let alone a 13-year-old.

In pre-algebra, we had a discussion about depreciation and the value of being the first owner of a car, or pair of shoes, or anything.

Me: "You go to the store and they're selling a brand new pair of Jordan's for $180.  Right next to it, is exactly the same pair for $140.  What question do you have?"
S: "Why is the one less?"
Me: "That's a good question! When you ask, the salesperson tells you that the $140 pair was worn once and returned.  Looking at them, you can't tell the difference. Which one do you buy?"
S: "You gotta buy the new ones?"
Me: "Why?"
S: "Those are used shoes.  Even if they look new, you'll know that they aren't and that they weren't yours first."
Me: "And that feeling is worth $40 to you?"
S: "Absolutely. They have to be your shoes."

It was an interesting discussion and helped me to understand my students a little bit more.  In my mind, I would rather save the money, but I look at shoes as shoes and not as a status symbol.  I think it's enlightening to be reminded that I frequently have very different priorities than my students.

The biggest challenge that I have had consistently with my 8th grade students in this year, as well as previous years, is transitioning them from talking to doing.  Either that, or I need a MUCH better way of assessing knowledge verbally.

Period 8/9 had an amazing discussion along the same lines, but I think it was more effective in helping them to understand the concept of percents.

In the first, they went into Best Buy and saw two identical TV's.  One was labeled $300 while the other is labeled "Used!"  We went around and discussed how much the used TV would have to cost for the students to choose that over the new one.  How much would you have to save in order to give up the idea of being the first owner?

After some discussion, we came to a consensus that it would take a savings of $50 to get them to buy the used TV.

In the second scenario, they went to the dealership to buy a MiniCooper with a sticker price of $16,000.  At the dealership, they also found an identical Mini labeled "Used."  I asked them if they would buy the used Mini for a price of $15,950.  They very adamantly said they would not.

After a bit of coaxing and directed questions, I finally got someone to say the word percentage.

It turns out, the $50 was 16.6% of the TV's price and only 0.3125% of the car's price.  This lead to a longer discussion about marketing strategies and why it's important to understand the math behind advertising.

Overall, another great day!  A student with whom I had a very combative interaction yesterday was on amazing behavior today.  At the end of class, she said "Man! Today went by so fast! Were we really here for an hour and a half?"

We had a brief conversation about how this is how I WANT the classroom to be.  When she asked why it wasn't, I just looked her in the eye and waited. 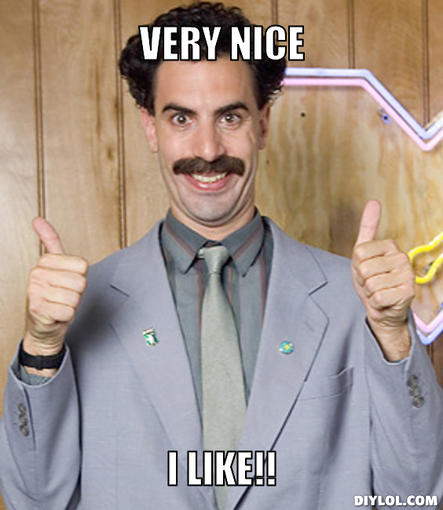 I smiled and thanked her for joining our learning environment today.


So I have changed the look and feel of my classroom.  It is now much more like it was last year.  The students are back in rows, although the sit in pairs in those rows.  I've also been keeping the lights off.  I used to keep the lights off because I couldn't see my projector with them on, but now I keep them off because it conveys a sense of calm.

One of my colleagues came to observe my class yesterday.  He made a ton of notes about the atmosphere, the environment and my movements and interactions with the students.  It was fascinating to see what he saw in terms of the ways that I spoke with students and where I was, physically, in the room.

Doubly interesting was how, if he had come last week, he would have seen something MUCH different.  By having the students in rows facing the board, I am very limited in where I can be and still interact with them and the board.  He also noted that the few negative interactions that I had were primarily with male students.  I attribute this to the fact that the primary disruptions (both female students) were no in the room, but it is something to think about.

It was the kind of observation that I've been craving since day one and I am deeply grateful to him for taking time out of his day to do it.  I hope that I'll get the chance to sit and have a longer discussion with him.  I need to make a conscious effort to listen to his feedback and not try to justify my actions.  I know that he came in because I put out a cry for help and his only interest is helping me to become a better teacher.  I trust him implicitly, but I know that my first response will be "Yeah, but this is why..."

I'll need to keep a rein on that if I want to learn anything, which I desperately do.


In totally unrelated news, one of our teachers went out on maternity leave.  The sub they hired to fill the spot quit before our teacher left.  The sub they got to replace her quit after 2 days.
Email ThisBlogThis!Share to TwitterShare to FacebookShare to Pinterest