Day 140: Where Have All The Students Gone 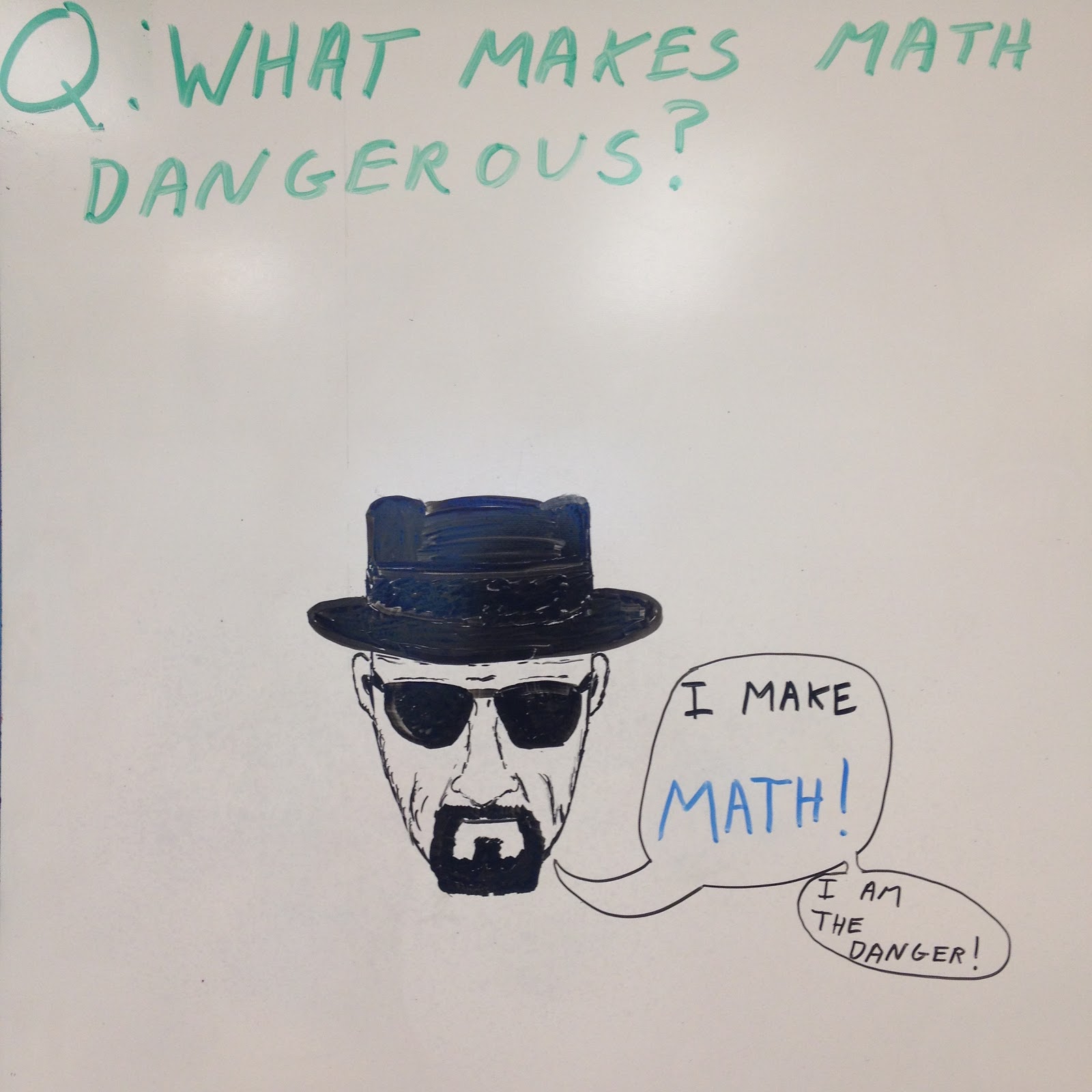 We continued our work on trig ratios in geometry.  We had a cool discussion about the roots of words and the benefits of taking Latin if you plan to do any work in math or science.  Today's lesson was primarily to get them familiar and comfortable with using the ratios and the trig tables.  We got to talk about my new favorite topic: the difference between doing calculation and doing math.

"The trig table does the calculation for you, so that you can free up your mind to do the math."

A student, in a fit of confusion and frustration, asked what we would ever use this for.  I almost never get this question in the geometry class, so I did a simple example of a wheelchair ramp and went into depth about the other applications.  I could tell how anxious he was, so I tried to make it as real as possible.

Since this group is pretty great at going along with me in my theoretical journey's in math, I sometimes forget that they need the application to tie the concepts to.

Weather permitting, tomorrow we will be making clinometers and calculating the heights of buildings and trees outside, or in the gym.  I'm pretty pumped about it.

In pre-algebra, 1 student attempted the homework.  Between 2 classes, only one student did what I asked them to do last night.  I don't mean that only one completed the assignment.  Only one student even had anything written in their workbook, let alone brought it to class.

My class has somehow become a spectator sport and I don't know how.  I gave them the benefit of the doubt, thinking that maybe the word problems were too complicated.

After 5 minutes of pulling teeth, I couldn't even get them to tell me how they would start it.

I am struggling deeply with determining if they don't understand, or if they are simply too lazy to make an attempt.  I go back to the concept that if I ask the class for an answer, or a method, or input, I don't get any sort of response.  If I ask a specific student, they certainly seem capable enough, but getting them to take a moment to think about what they're saying is, as I said, like pulling teeth.

They have gotten into the habit as well of setting up fractions by putting down the numbers in random places.  I've been drilling into them that we need to think about, and write down in words, which number represents which concepts.

What I've been asking them to do, as in the example above is to look at 45/100 (for the percent) as (discount amount)/(original amount).  But I'm having tremendous trouble getting them to do it consistently.

They are so anxious to get an answer that they don't seem to care if it's right or not, or even if it makes sense.  The MOST frustrating part is that the entire section that we're covering right now is about finding a reasonable answer.

Period 8/9, while they hadn't completed the assignment, or even attempted it, for homework, did amazingly well with the discussion.  It was NOT pulling teeth with them.  They were eager to do the work and we had some pretty great discussions about places when estimations are useful, such as gas mileage, determining if you have enough money to buy a few items.

As much as period 4/5 got me frustrated today, period 8/9 went swimmingly.  I would rather they had done the work at home, but I'll take active class participation any day of the week.
Email ThisBlogThis!Share to TwitterShare to FacebookShare to Pinterest